Liberia is the oldest republic in Africa and its name means “land of the free”. In the 1820s some Americans who opposed slavery bought land in West Africa and used it to create a new country for freed slaves. This country was called Liberia. Its area is 111,370 square kilometers. The official name is Republic of Liberia. To find out about Liberia’s past you can visit the Malima Gorblah Village and Besao Village which preserve the country’s old culture. Liberia borders Sierra Leone, Guinea, and Côte d’Ivoire. The Atlantic Ocean lies to the southwest.
The country’s climate is warm and humid all year and rainy from May to October. Two rare animals are found in Liberia: the pygmy hippopotamus and the manatee. Liberian farmers grow rubber trees, coffee, and cocoa, rice, sugarcane, bananas, and yams.

The country is rich in mineral resources and is one of the world’s leading producers of iron ore.
Liberia’s many ethnic groups include the Kpelle, the Bassa, the Grebo, the Gio, the Kru, and the Mano peoples. The common language is English, but different groups have their own languages. Most people practice traditional African religions, but there are many Christians and Muslims. 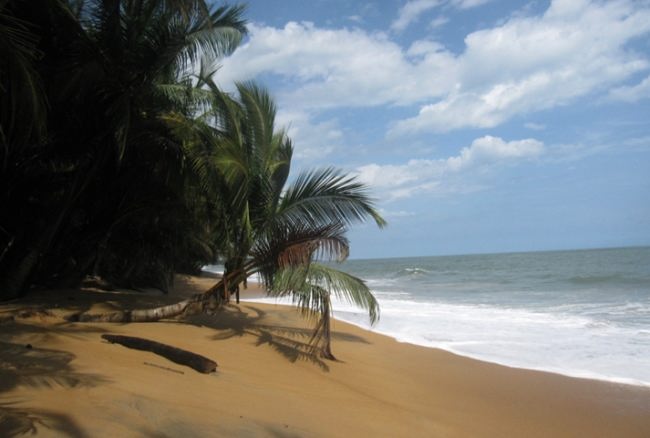 African peoples lived in what is now Liberia when the first European explorers reached the coast in the 1400s. In 1847 Liberia became an independent republic. The civil war began in 1989 and finally ended in 2003.
Monrovia is the capital and largest city. It is located on the coast, where the Mesurado River meets the Atlantic Ocean. The city was named after the U.S. president James Monroe. Monrovia is the second wettest city in the world! It gets more than 500 centimeters of rain every year. 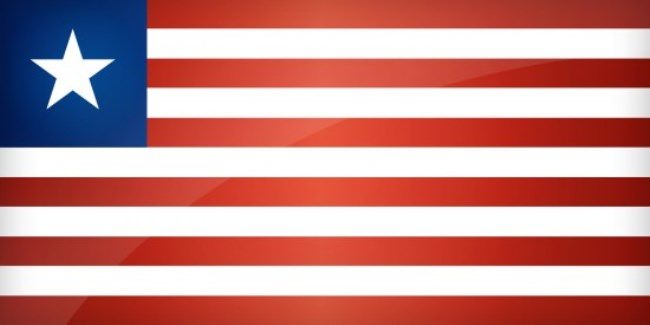 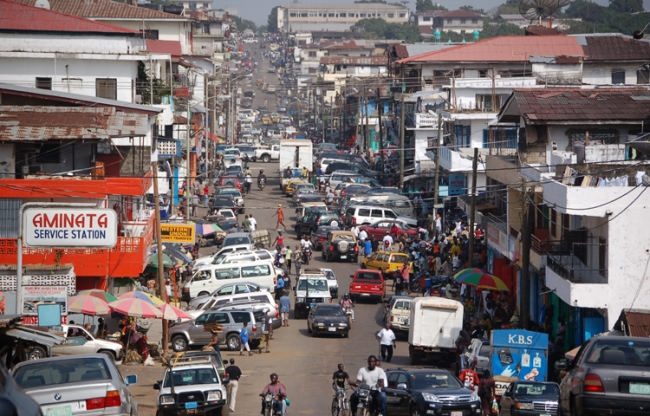 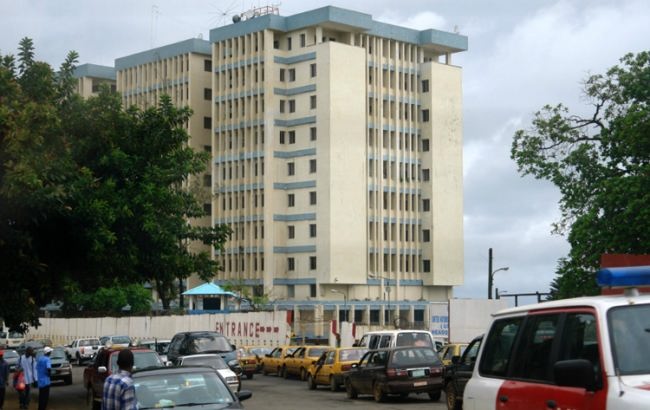 Headquarters of the UN Mission 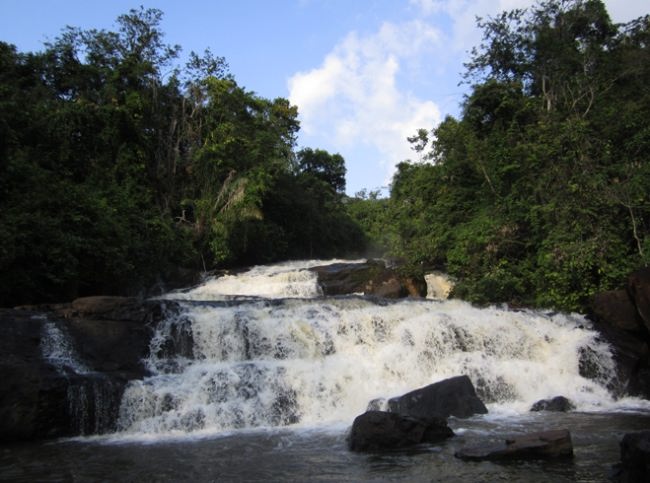 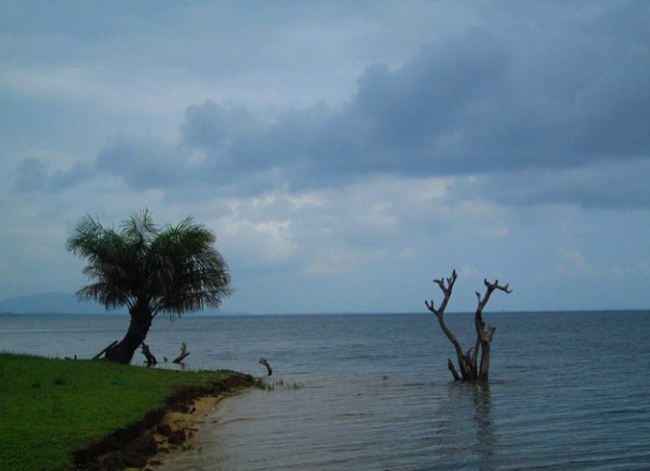 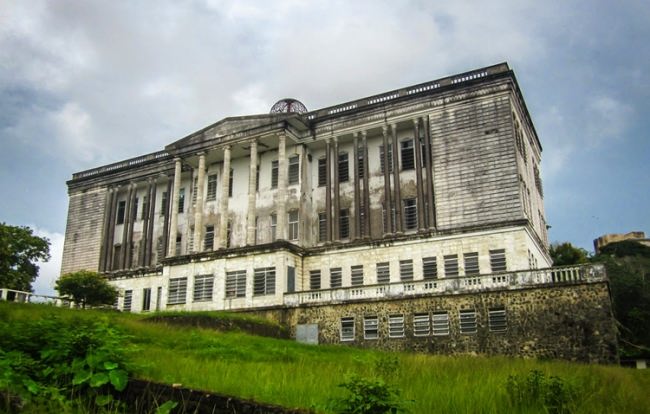 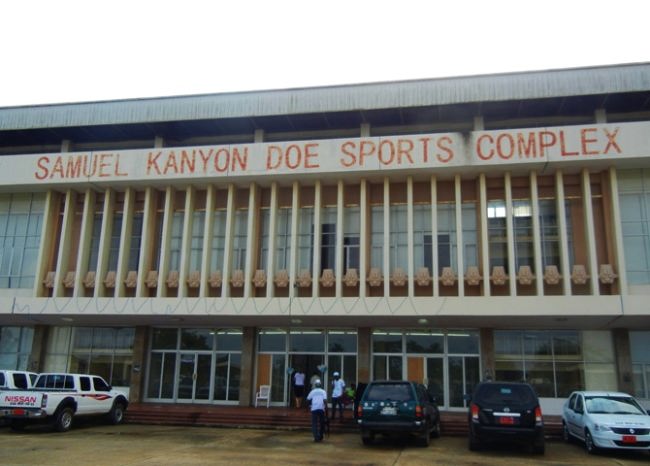 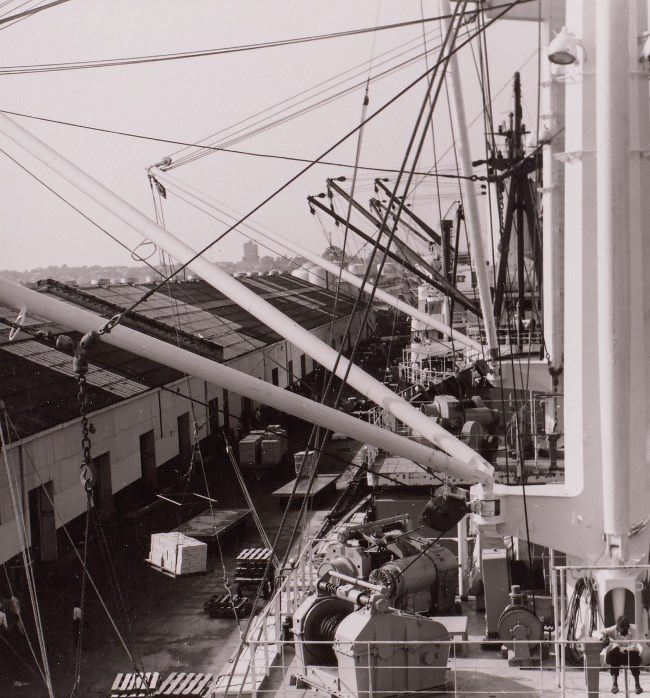 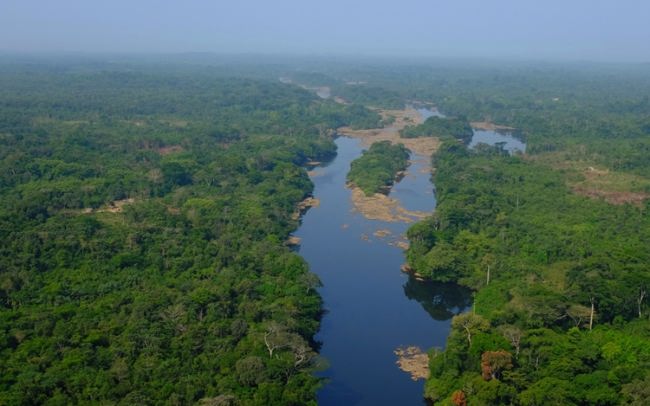 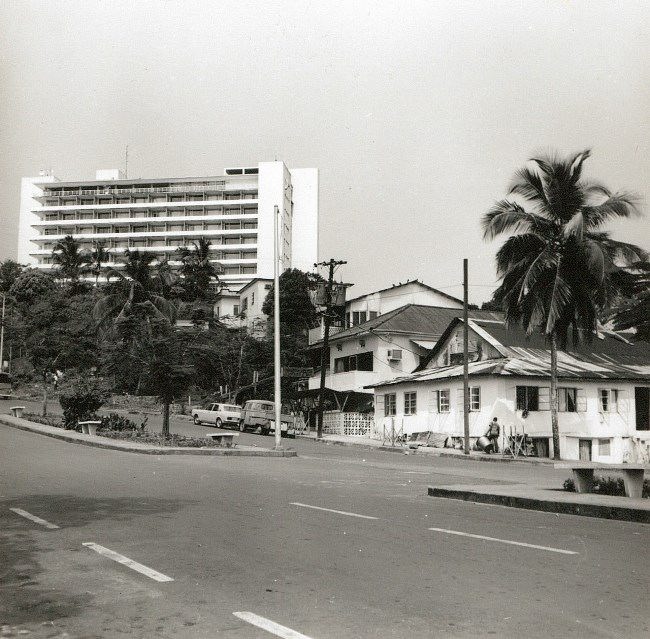 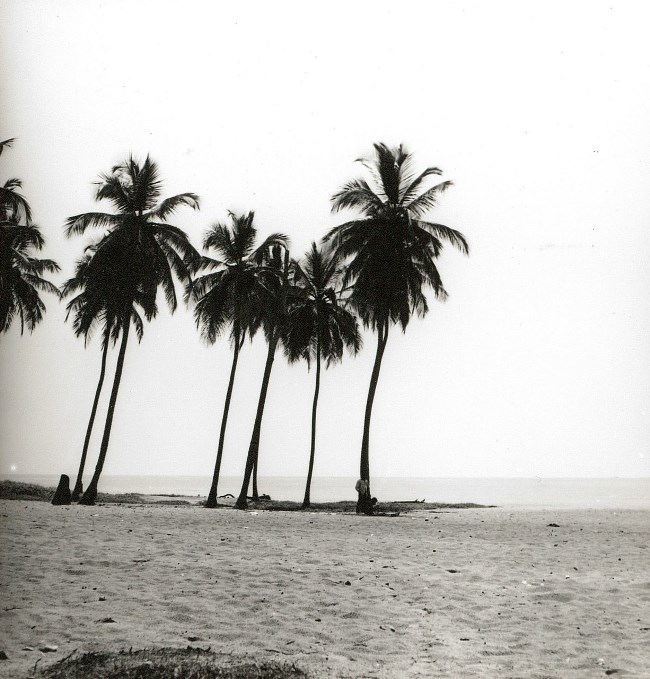 The Atlantic coast. Coconut palms on the beach. Gerhard Vetter, 1960 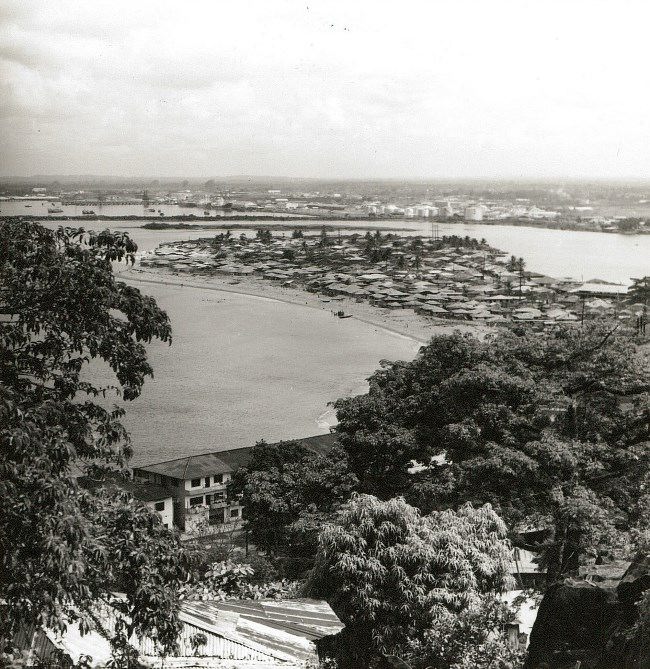 The fishing village on the peninsula at the mouth of the Stockton Creek River. Gerhard Vetter, 1960 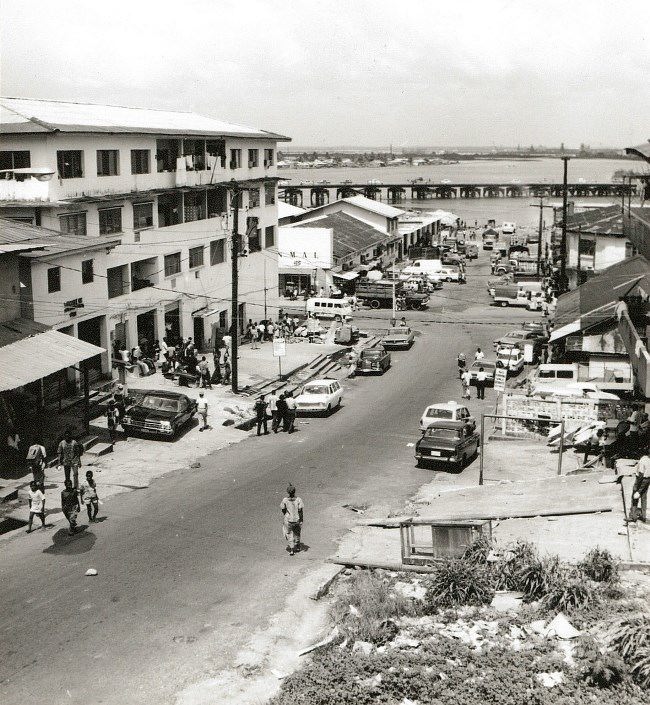 The mouth of Stockton Creek, the harbor. Gerhard Vetter, 1960 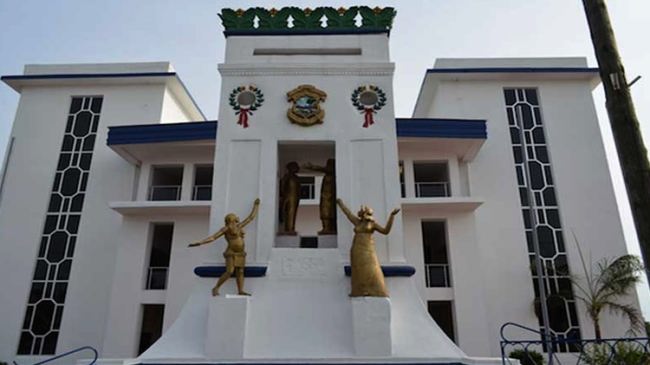 The Pavilion of the Century