« Palace of the Sun King
Cuba – Country of Sugarcane and Politics » 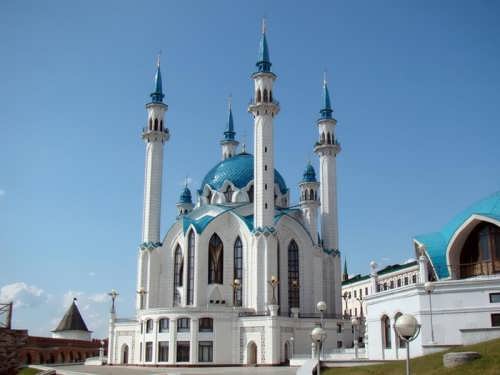 The construction of this magnificent mosque with four minarets began in 1996 on the territory of the Kazan Kremlin, and ended in 2005, just in time for Kazan Millennium celebration. Today, Kul Sharif Mosque (Qolsharif Mosque, Qolşärif Mosque) is considered the highest and most beautiful in Europe. It is a cultural, educational and scientific object.
Tatar architects wanted to build a traditional structure of Islamic sample and at the same time tried to show connection with an ancient history, the purity of the Islamic religion and its peaceful character. It is no coincidence the mosque is next to the Orthodox Cathedral of the Annunciation.
According to ancient Tatar chronicles, four centuries ago on the territory of the Kazan Kremlin, on the left bank of the Volga, there was a mosque with many minarets. It was elegant with strict architectural forms. There was a great domed hall and a rich library. The mosque was the center of religious education and science of the Middle Volga region of the XVI century. The last Imam, the head priest of the Kazan Khanate was Kul Sharif, known as a poet. In the last period of the Kazan Khanate he negotiated between Kazan and Moscow.

Relations between the two capitals deteriorated after devastating raids. In 1551 Kul Sharif gave Ivan the Terrible a letter-decision on the conflict resolution. However, his efforts were unsuccessful.
Tsar Ivan the Terrible did not trust anyone. Advisers reported that the Kazan Khanate, which was formed after the collapse of the Golden Horde in 1438, was in alliance with the Astrakhan Khanate, Turkey, Crimea and the Nogai Horde. And only conquest of the Kazan Khanate could stop the raids. 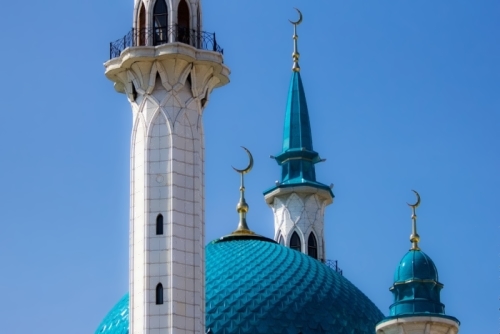 Previous military campaigns to Kazan in 1548 and 1550 were unsuccessful. And on June 16, 1552 a huge army of Ivan IV moved to Kazan. On October 2 Ivan IV captured the city. Kul Sharif was one of the leaders of the defense of Kazan. He died in defense of the mosque.
Kazan Khanate ceased to exist, and the Middle Volga region joined Russia. During the Time of Troubles, the Kazan militiamen together with Russian participated in the struggle against the Poles. In 1708 Kazan became the capital of the Kazan province, and 200 years later it became the capital of Tatarstan.
Architecture of Kul Sharif mosque is very rich. The minarets are 55-57 meters high. In Kazan, there is a belief that the mosque is the highest in Europe. Minarets are painted in a bluish color. The dome is made in the form of “Kazan cap” – the crown of the Kazakh khans, and decorated with marble. The mosque is decorated with 8 crescents.
A huge crystal chandelier inside the mosque is 5-6 meters in diameter and weights of about 3 tons.
Official site: www.kul-sharif.com 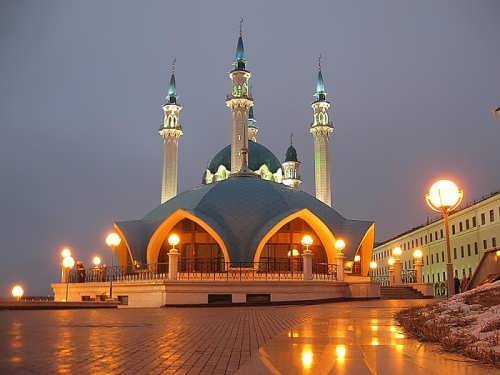 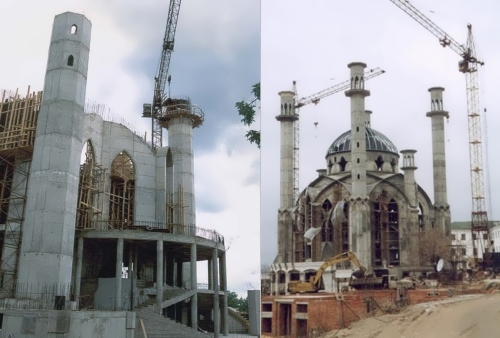 Construction of the mosque 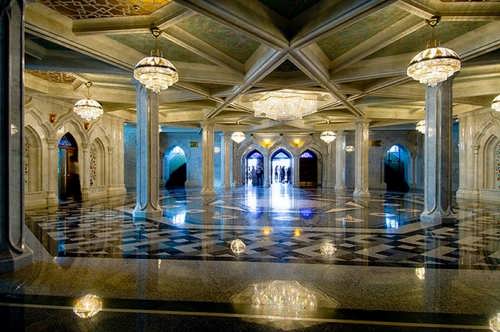 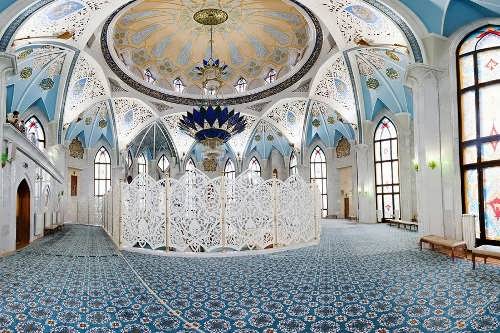 Inside the Kul Sharif mosque there are several viewing balconies 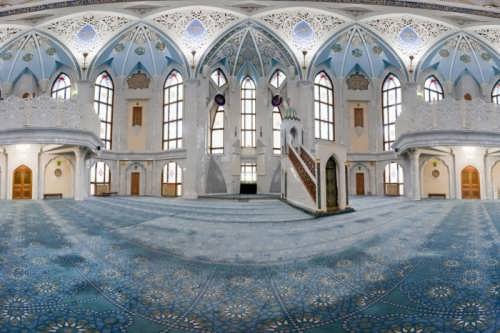 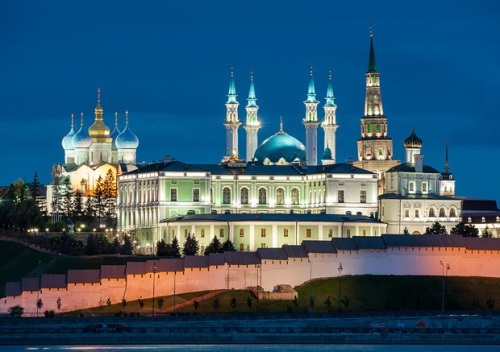 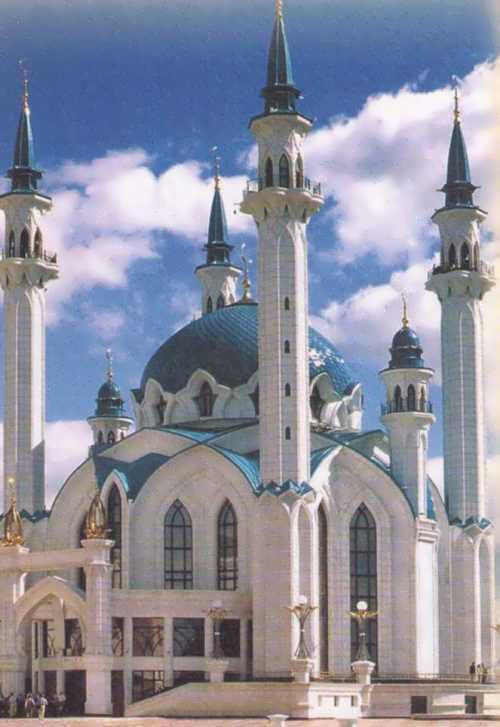 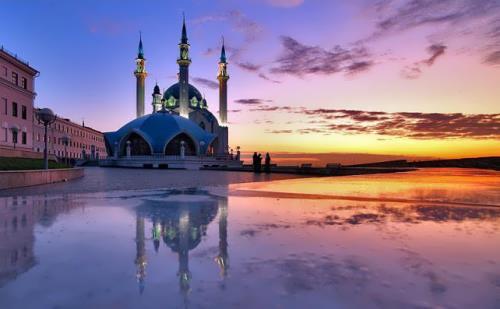 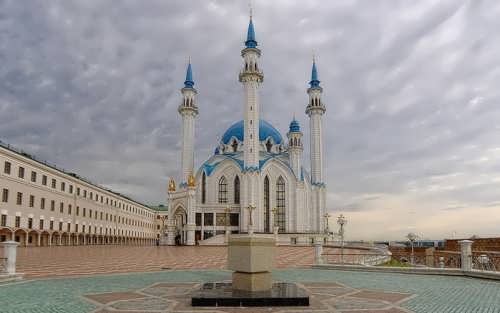 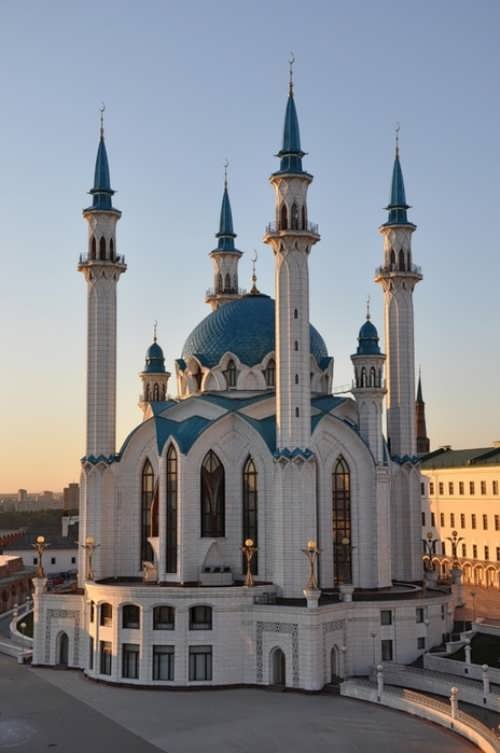 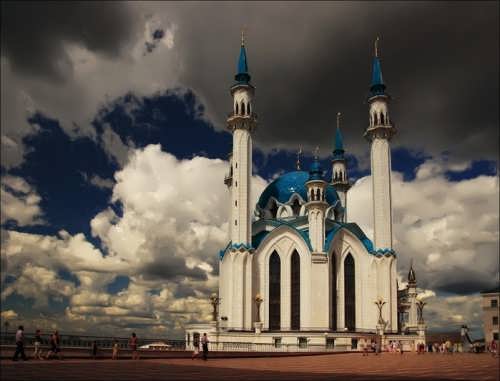 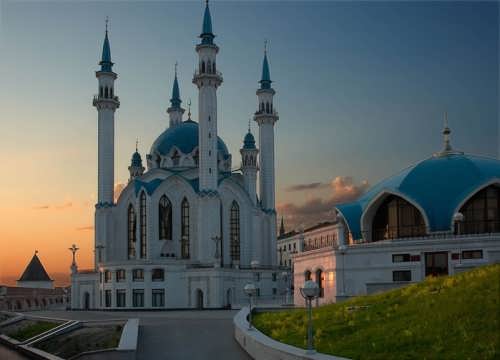 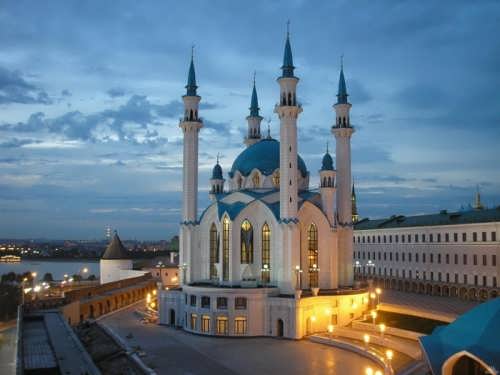 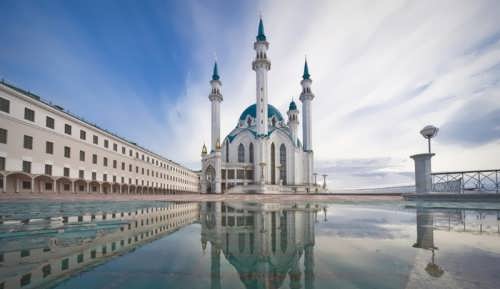 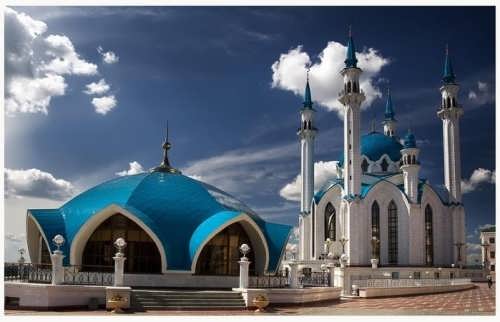 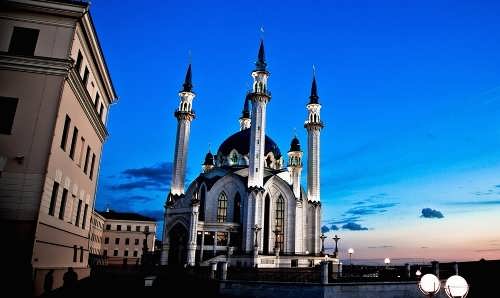 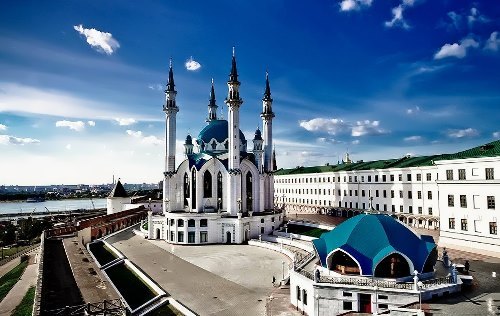 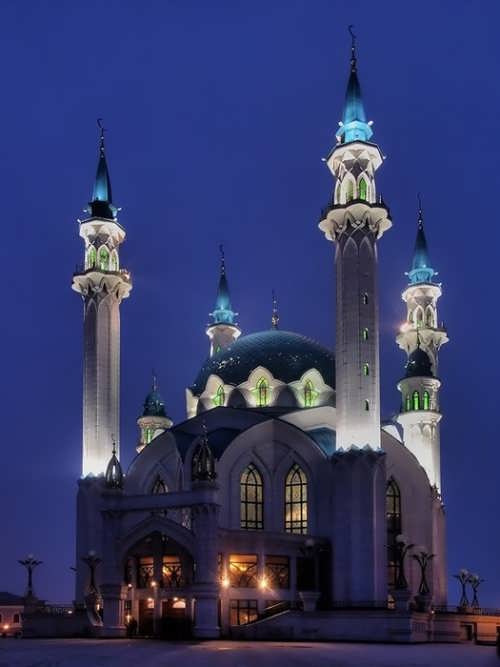 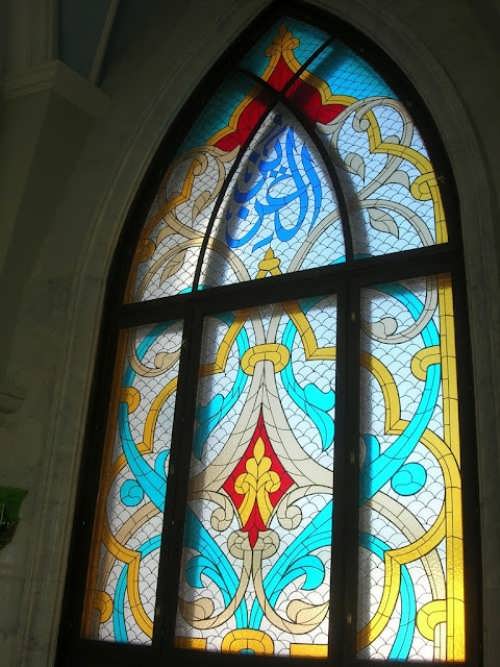 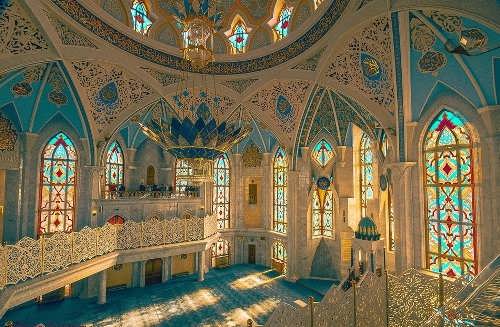