The jaguar is the largest living member of the cat family in North and South America and the third largest in the world.
Its coat is yellow–brown with black spots and rosettes, or rings, encircling spots. An average adult jaguar has a head and body length of 1.2 to 1.8 meters and a tail length of 46 to 76 centimeters. It stands about 0.7 meter high at its shoulder and weighs between 45 and 115 kilograms.
Jaguars are good swimmers, runners, and tree climbers. They eat fish, frogs, turtles, small alligators, iguanas, peccaries, monkeys, birds, deer, dogs, and cattle.
They are solitary mammals, so males and females come together only to mate. A female jaguar gives birth to a litter of one to four cubs, and they may stay with her for up to two years.

Jaguars live in tropical and subtropical forests, open woodlands, mangroves, swamps, scrub thickets, and savannas.
The primary reason for the animal’s decline was ruthless hunting, both for sport and for the jaguar’s prized coat. Jaguars now face the threat of habitat destruction. People also kill jaguars because the animals sometimes eat cattle.
Small populations of jaguars are protected in large national parks in Bolivia, Brazil, Colombia, Peru, and Venezuela.
The jaguar looks much like the leopard. But the jaguar is larger and has bigger black spots. 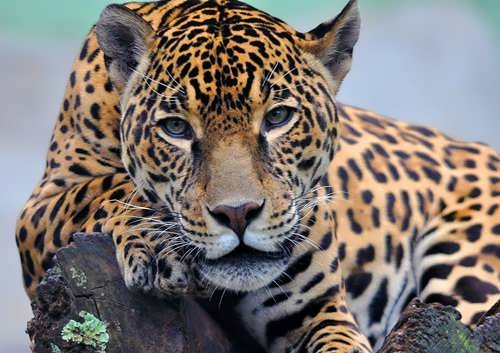 Interesting facts
– Pattern on its body is unique, as the imprint of a human finger.
– Jaguars are often found traveling through the water on the logs.
– The female has an advantage in choosing a male.
– The closest relative of the jaguar is leopard.
– They absolutely do not know how to growl.
– Jaguars have the strongest jaws amongst cats and can kill the prey with one bite in the neck or head. Their jaws allow them to bite even tortoise shell.
– In the wild, jaguars live up to 10 years, and in captivity up to 25.
– Many Indian tribes worshiped jaguars, honoring them for their sacred animals.
– Hunting grounds of the jaguar can reach fifty square kilometers, and even more. 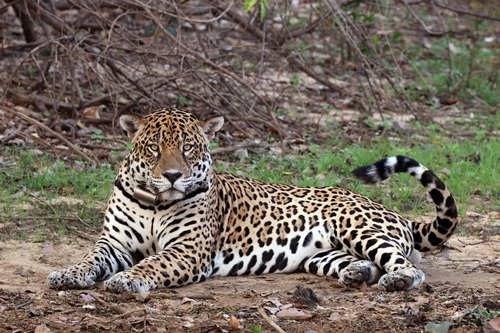 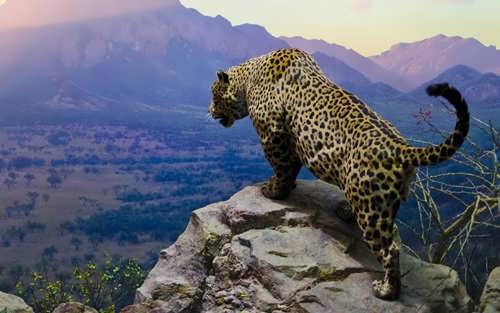 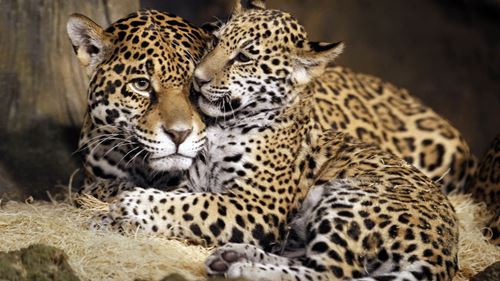 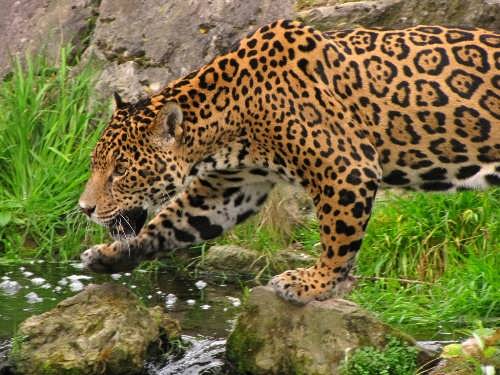 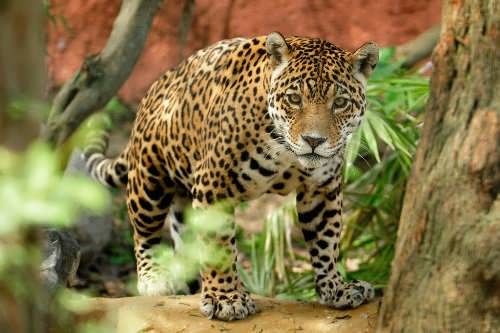 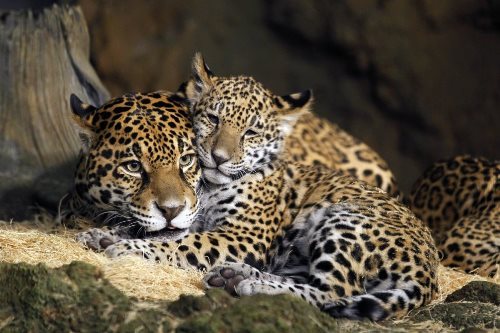 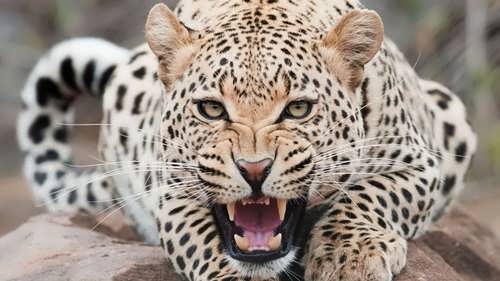 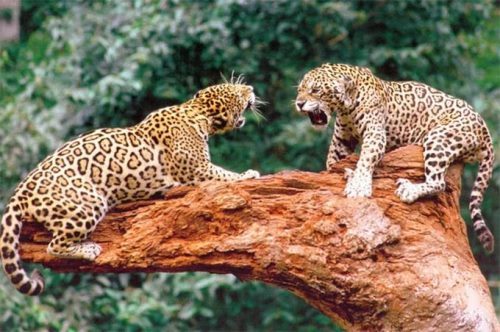 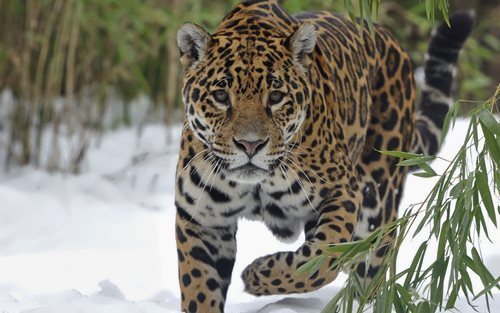 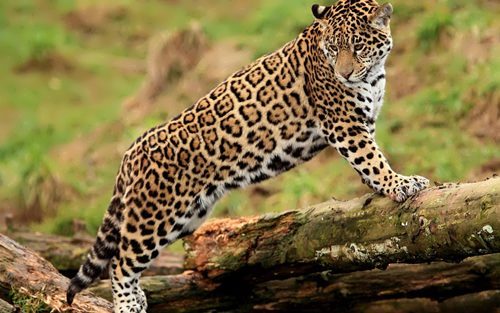 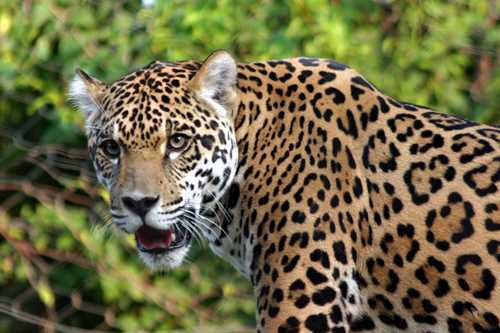 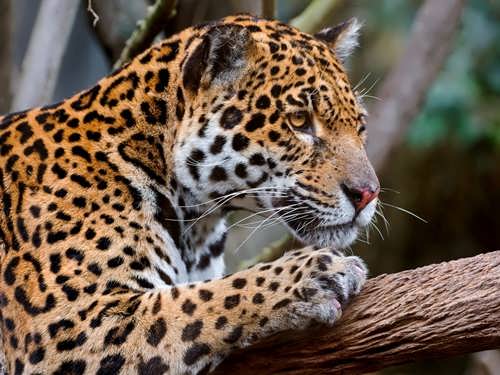 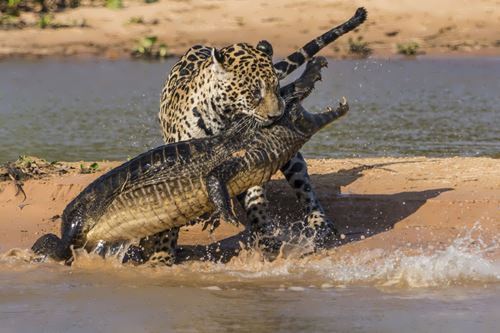 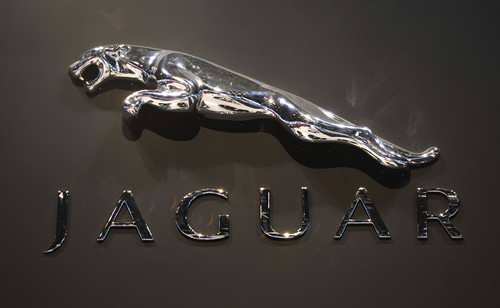 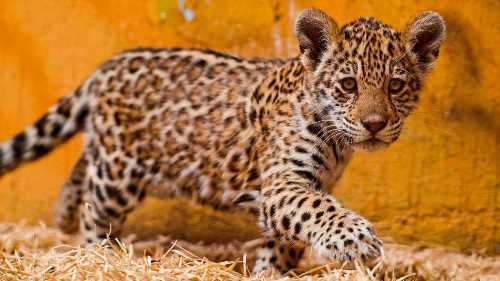 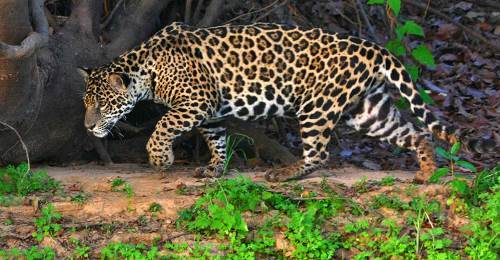 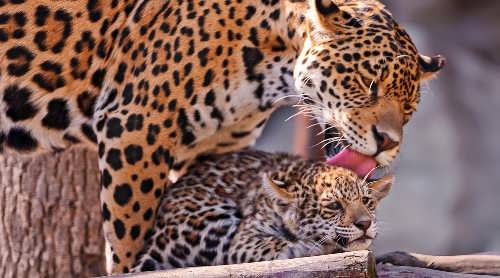 Loving mother and her baby 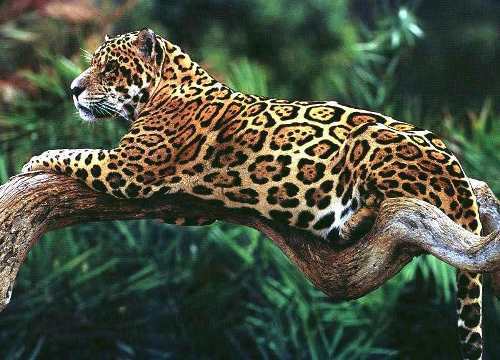 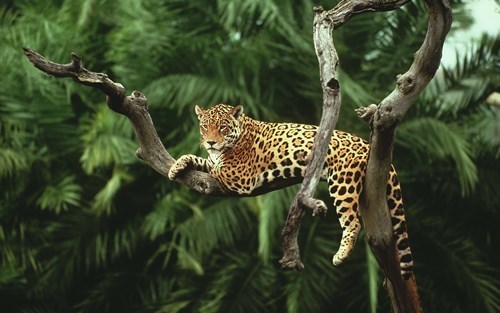 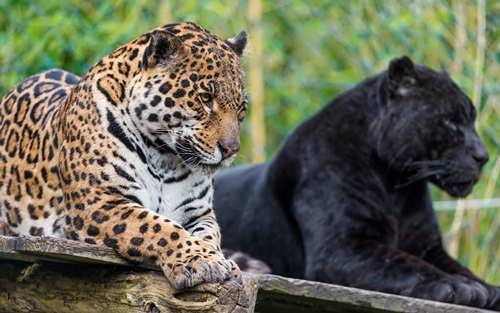 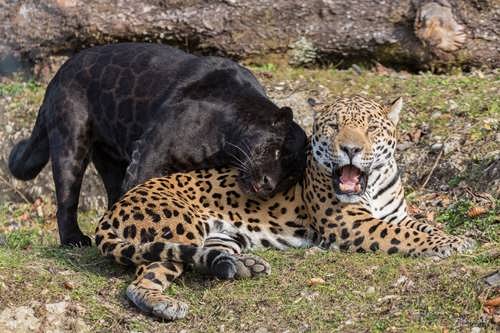 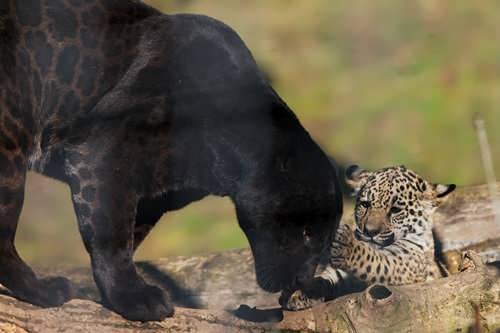 Panthera onca in the zoo, Salzburg, 2009 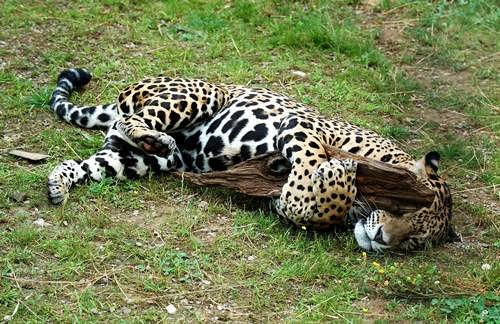 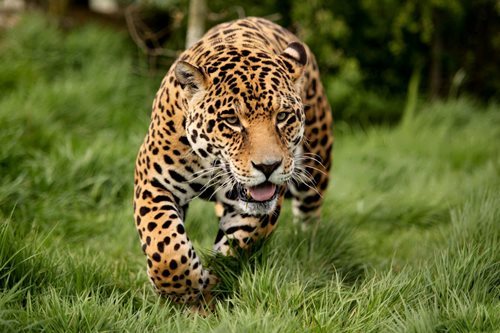 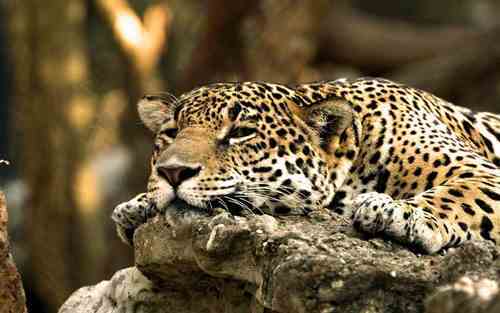 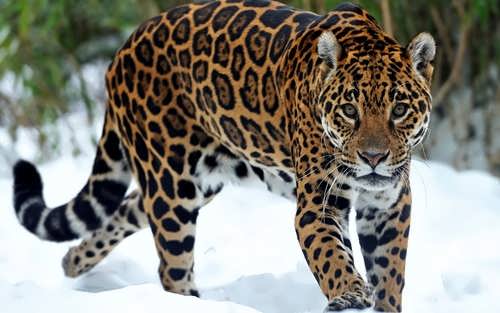 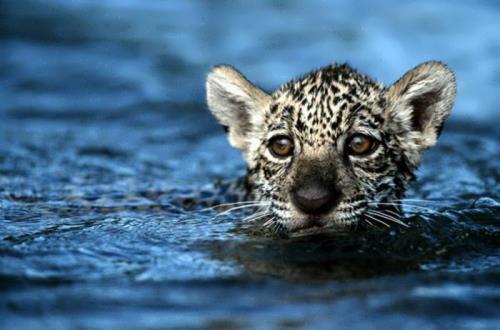 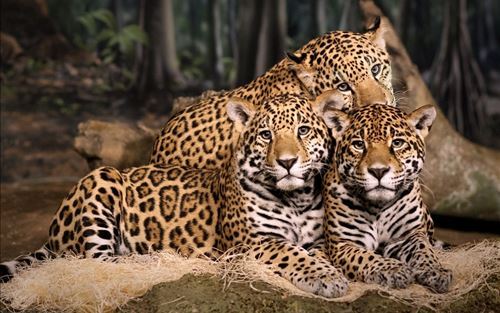 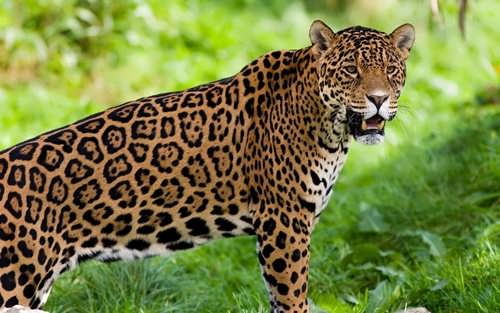