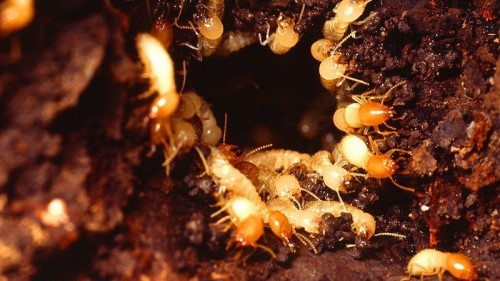 Termites are social insects. They eat wood and can damage buildings, furniture, and other wooden items. Contrary to popular belief, the termites are close relatives of cockroaches, rather than ants.
There are more than 1,500 species of termite.
They are most commonly found in the tropical parts of Africa, Southeast Asia, Australia, and the Americas.
These insects build damp nests in wood or underground. Their nests rise above the ground as mounds or towers and are made of dirt, clay, and chewed wood. A nest could be measured almost 6.66 m high and 33 m around and even more. Many nests are more than one hundred years old.

Termites live in colonies. Each colony has royalty, soldiers, and workers. A king and queen are responsible for reproduction. A queen can grow to more than 10 centimeters and has wings and eyes. The king and queen dig a chamber and close it off from the outside world. The female lays the eggs. Parents care for their larvae for four to six months. Wood termites get the sustenance they need from the wood in their nests, while soil termites feed their young with the excess fat stored in their own bodies. By her third year, the queen reaches the peak of her egg production, when she lays over 30,000 eggs per day. 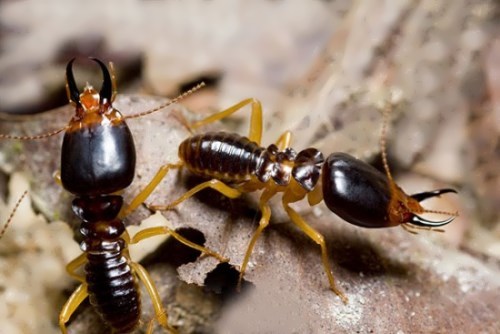 The soldiers and the workers are usually less than 1 centimeter long, blind and wingless. Soldiers guard the nest and workers look for food. The soldiers are fed by workers.
Ancient termites, including representatives of the now extinct species, are often found in amber.
Termites live on all continents except Antarctica.
The number of single termite colony can be up to several million individuals.
Many species of termites breed fungi in their nests. 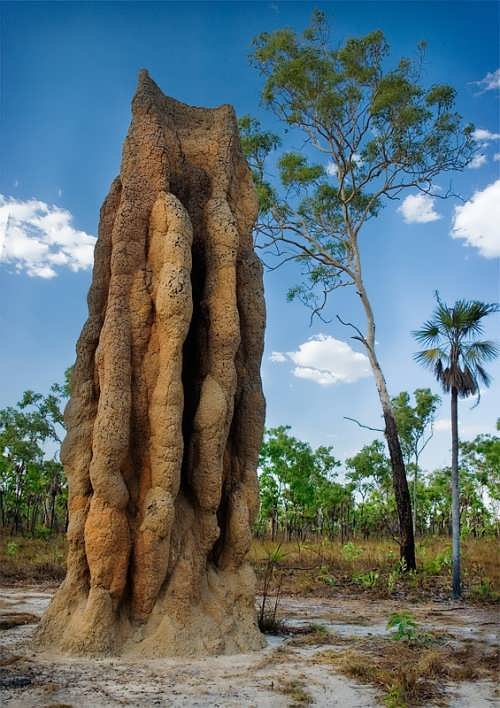 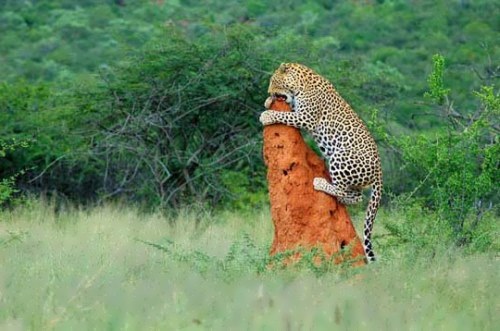 Attack on the nest 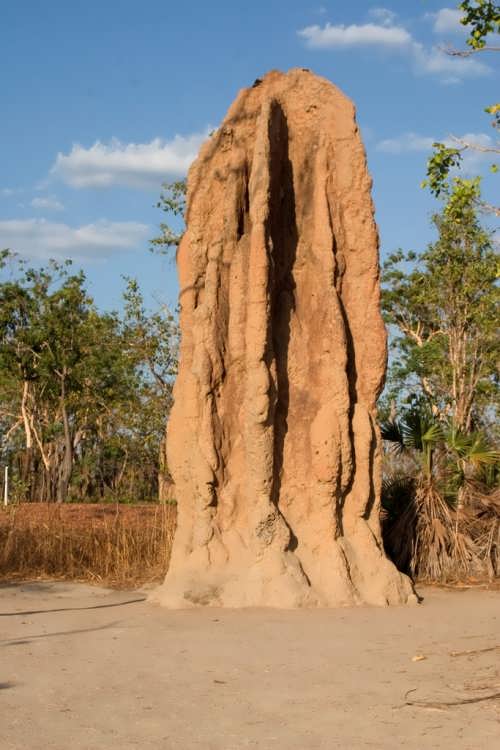 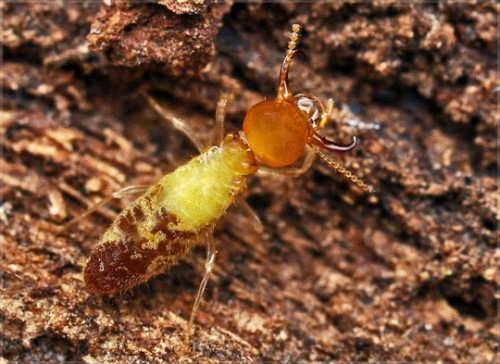 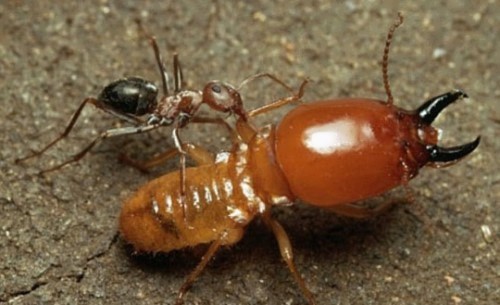 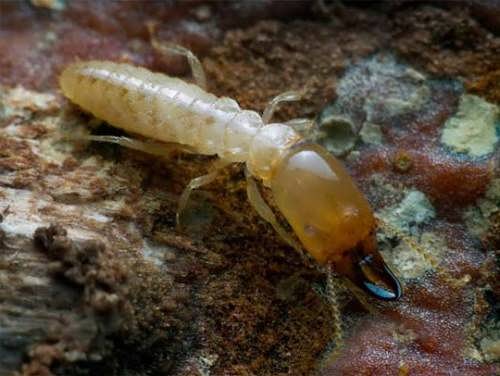 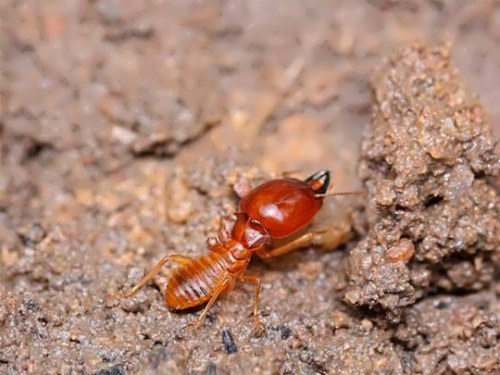 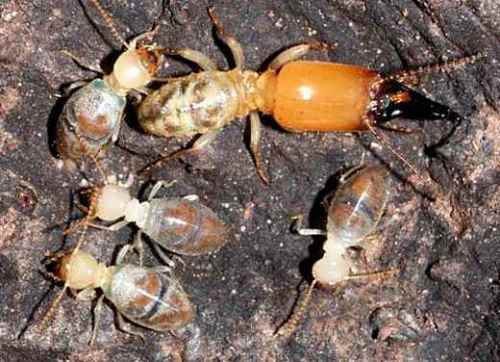 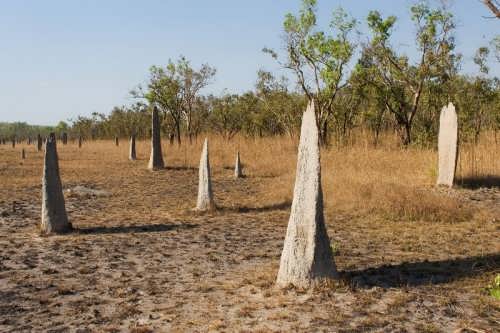 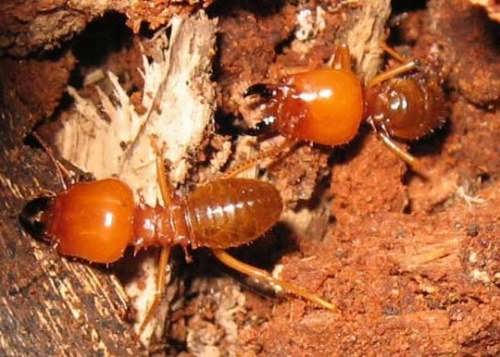 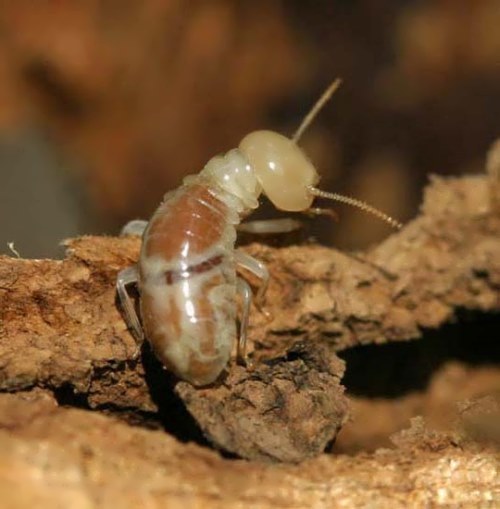