« Umbrella – protection from sun and rain
Cats and superstitions »

We use our teeth every time we eat. Teeth enable us to break up food into small pieces so that our bodies can digest it. A tooth has three main parts – the crown, which shows above the gum; the neck, which shows at gum level; and the root, which is hidden in the jawbone. A tooth has three layers – creamy white enamel, dentine beneath and the pulp cavity in the center. The pulp contains many nerves. Chisel-like incisors at the front of the mouth cut and slice food; canines tear and rip food; and premolars and molars crush and grind it. We have two sets of teeth. Children have 20 milk teeth that gradually fall out and are replaced by permanent adult teeth. Adults have 32 teeth in total. Wisdom teeth grow when a person is about 20.
We should take care of our teeth, brush them twice a day.

In one of the tombs in ancient Egypt scientists found prostheses carved from ivory and fastened with the finest gold wire. Approximately in VII century BC in Harappa the unknown Indian author wrote that the teeth hurt because it was punishment for lying. Despite the extravagance of the theory, Hindu practice was at a high level. They perfectly knew how to make prostheses from ivory, teeth of animals and even metal and skillfully fastened them to the surviving teeth. Surprisingly, even in pre-Columbian America, the Indians not only practiced the same technique, but also saw the same causes of toothache. The experiments of Greek dentists were described by Hippocrates. In ancient Rome, there were even textbooks compiled by barbers and jewelers, which described in detail the techniques of prosthetics. And at the end of the first millennium, Arab physician Abu Kazi paid much attention to such problems as general sanitation of the oral cavity and caries prevention.
The 1st century AD was marked by the appearance of a metal denture. The owner was an unknown resident of Lyon. Crowns were cast in the shape of real human teeth and strengthened by a real bridge.
Pierre Fauchard, the personal physician of Louis XV, invented modern denture teeth. At the age of 35 the king was without teeth. Fauchard studied all the ancient tracts about the toothache that he could only get, and developed his own system of prosthetics. He transformed the skill of barbers and jewelers into the medical industry. It was Fauchard who first began to treat tooth decay, drilling out damaged parts of teeth and placing sealant. He also owns the idea of “killing” the end of nerves with arsenic.
A real revolution in prosthetics was made by American sculptor, physician and writer Norman Kingsley. It was he who proposed ceramic dentures, popular until now. He also developed a well-known braces system. However, the compatriots met Kingsley’s invention with disapproval. In his native state of Vermont, for example, women are still forbidden to wear dentures without the written permission of the spouse.
In ancient Japan, the ohaguro ritual was widespread. It is a custom of dyeing one’s teeth black. It not only “decorated” the smile, but also strengthened the teeth. The last owners of such teeth are actors of traditional Japanese theaters and geisha.
Animals use their teeth for more than just eating food. Large teeth help defend an animal against its enemies or when fighting rivals during the mating season. Tusks are used to frighten off predators and, sometimes, to dig up food.

Interesting facts about teeth
– According to legend the Buddha had forty teeth. And the very first inhabitant of the Earth Adam had 30 teeth.
– Strangely enough, scientists have proved the fact that cocoa powder, which is a part of chocolate products, contains substances that can prevent the formation of caries.
– The first electric toothbrush was patented in Switzerland during World War II.
– The most expensive tooth in the world is the Isaac Newton’s tooth, which was sold in 1816 for more than 3000 dollars. The rich man who bought it put this tooth in his ring.
– The snail has more than 25 000 teeth.
– Hockey is considered the most dangerous sport for teeth. Over 68 percent of professional players lost at least one tooth during a match or training session.
– In ancient Rome, rich citizens hired specially trained slaves for cleaning their teeth.
– Toothpaste was invented by the Egyptians about 5000 years ago and initially looked like a mixture consisting of wine and pumice.
– The first brush for cleaning teeth appeared in China about five hundred years ago. They were made of pig bristles, horse and badger hair.
– Ancient dentists in Japan tore the teeth with their bare hands.
– It is prohibited by law to sell toothbrushes on Saturdays in the US city of Rhode Island.
– The electric chair was invented by a dentist. 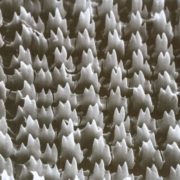 Snail’s teeth in a microscope 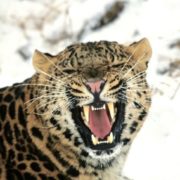 Snarl of a leopard 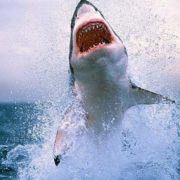 Sharp teeth of a shark 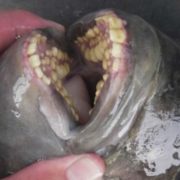 Pacu has many teeth 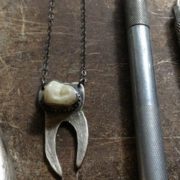 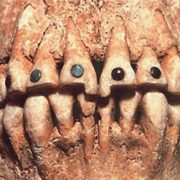 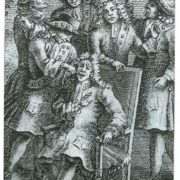 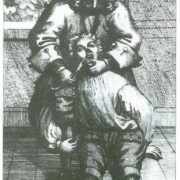 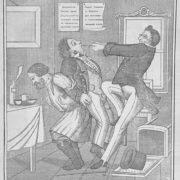 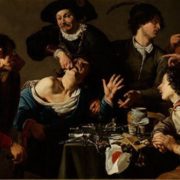 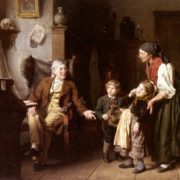 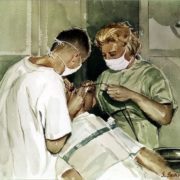 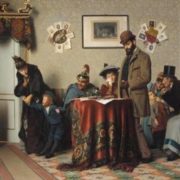 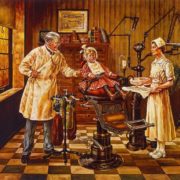 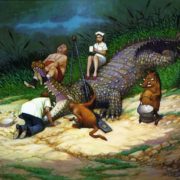 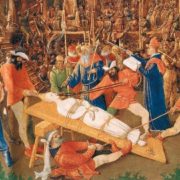 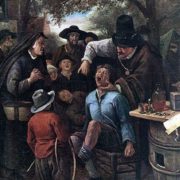 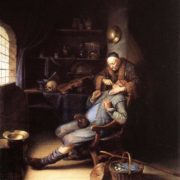 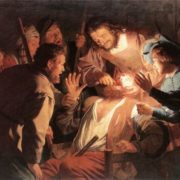 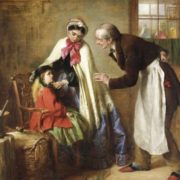 Edward Hughes. A first visit to the dentist 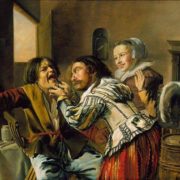 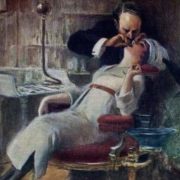 Albert Guillaume. At the dentist 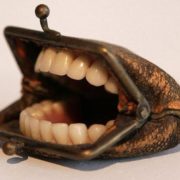 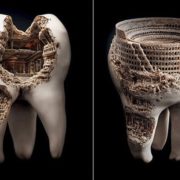 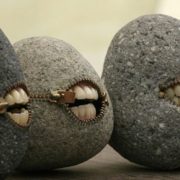 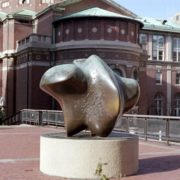 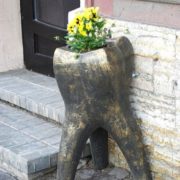 Monument to the molar in St. Petersburg, Russia 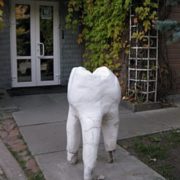 Monument to the aching tooth in Kiev, Ukraine 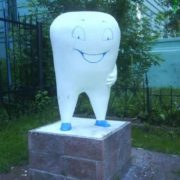 Monument to a tooth in Tomsk, Russia 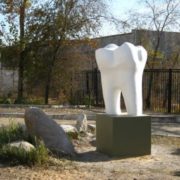 Monument to a tooth in Chita, Russia