« Wales – Land of the Song
Advertising – engine of commerce » 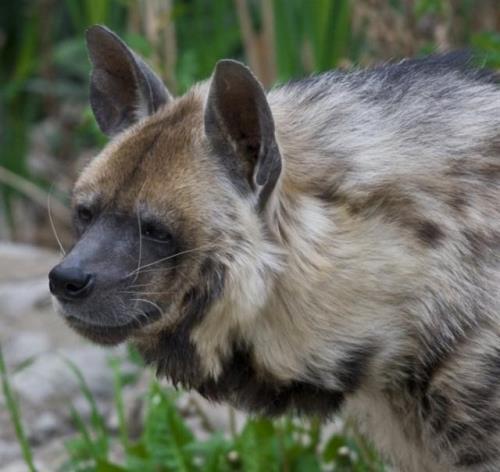 Hyena – African and Asian carnivore. Hyenas are mammals of Africa and Asia. Hyenas are gray, brown, or yellowish. Some have stripes or spots. There are three species of hyena: spotted, striped, and brown. The spotted hyena is known for its hunting cry, which sounds like human laughter. It is also the largest species. Female spotted hyenas are larger than males and measure about 1.8 meters long and weigh 80 kilograms.
Hyenas have strong jaws and teeth that are strong enough to crush bones. The neck of the hyena is rather elongate, and the hind legs are somewhat smaller and lower than the forelegs.
Hyenas live on dry grasslands with few trees. They find shelter in caves or empty burrows and are active at night. They live alone or in packs. Spotted hyenas may form packs of 80 or more animals.

Female can give birth once each year, to a litter of three or four brown cubs. Their cubs are born with fully formed teeth. 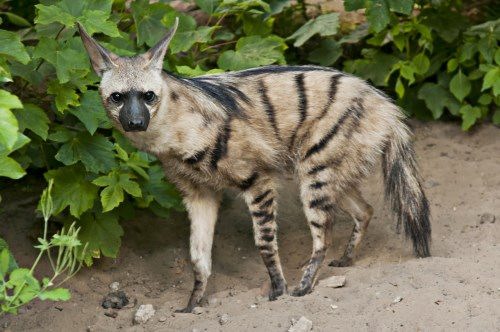 Hyenas commonly feed on carrion, and on the remains of the kills of larger predators. Hyenas are commonly considered to be pests, because they sometimes kill livestock, they occasionally attack people. However, hyenas play an important role as scavengers and cullers-of-the-weak in their ecosystem.
The striped hyena ranges from central Africa to southwestern Asia and Asia Minor. It weighs about 27-54 kg, and has a gray coat with darker stripes and a dark mane. The brown hyena occurs in southern Africa. An average brown hyena measures 109 to 135 centimeters long and stands64 to 89 centimeters high at its shoulder. It weighs between 37 and 47 kilograms. Males are larger than females. Both of these species are considerably smaller and less powerful than the spotted hyena. 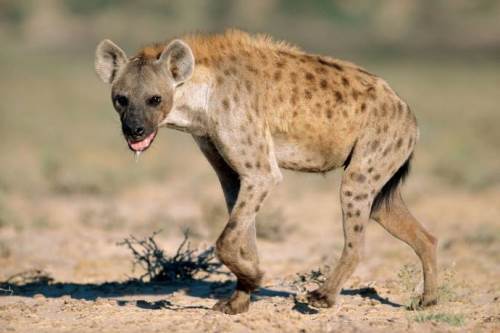 The aardwolf (which means earth wolf) is a hyena-like animal of the grasslands and savannas of southern and eastern Africa. This species is much smaller and less powerful than the true hyenas. The aardwolf largely feeds nocturnally on termites and the larvae of other insects, although it sometimes feeds on carrion, and may occasionally prey on small animals.
A hyena can run with maximum speed 65 km / h.
They are excellent hunters.
Striped hyenas, in addition to meat, also eat plants. They are very fond of watermelons and melons.
Hyenas are perfectly tamed and become faithful like dogs. 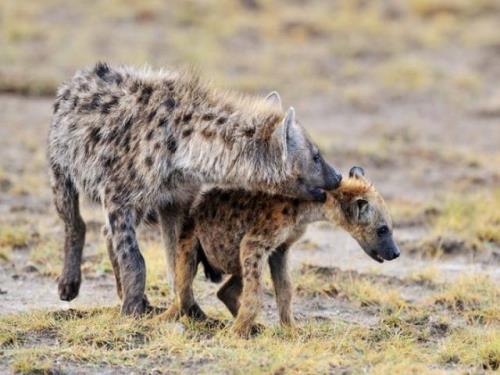 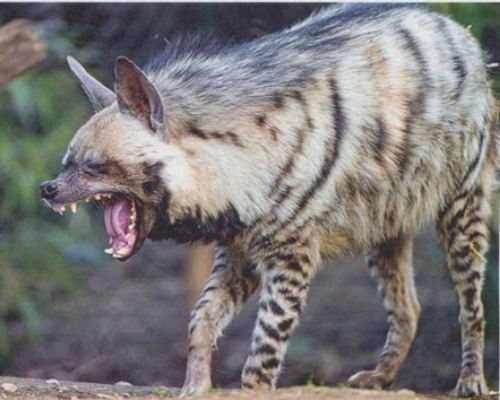 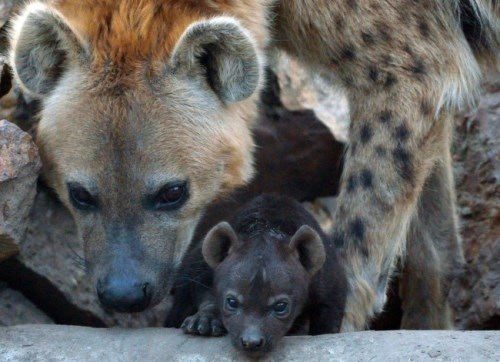 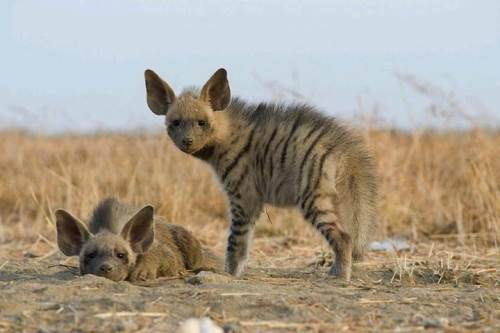 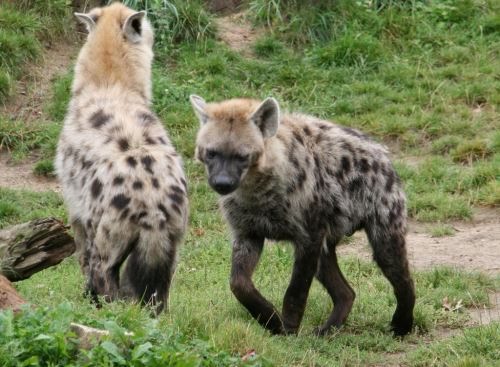 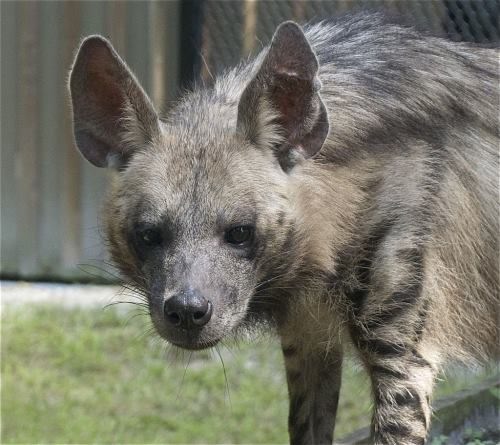 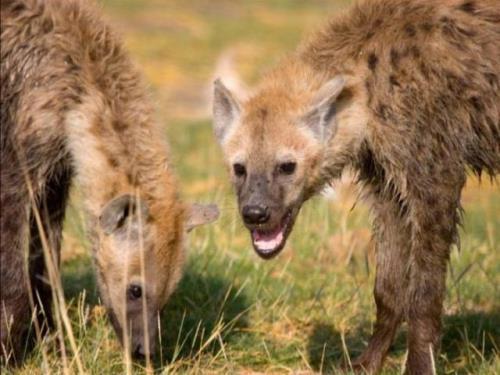 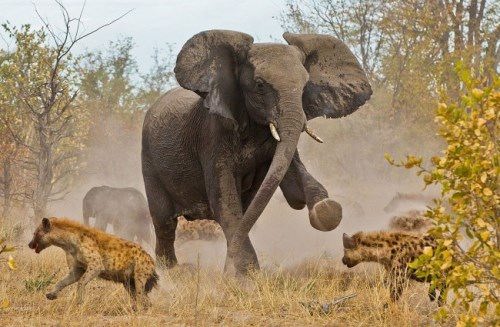 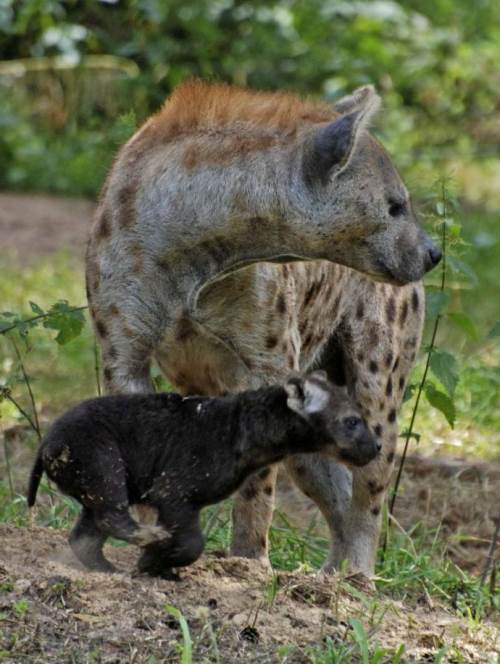 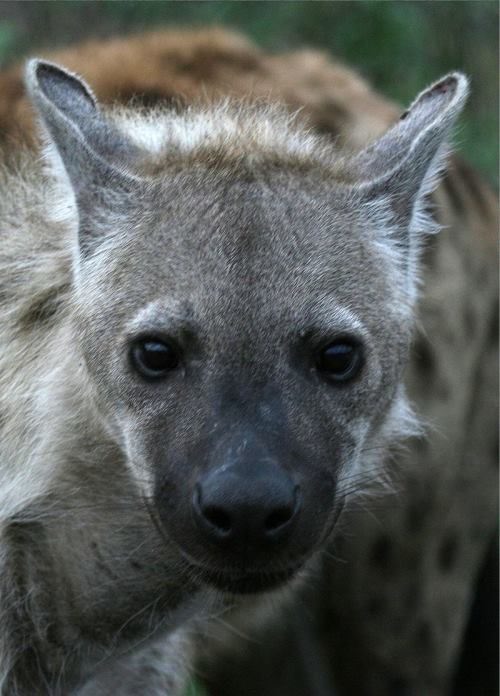 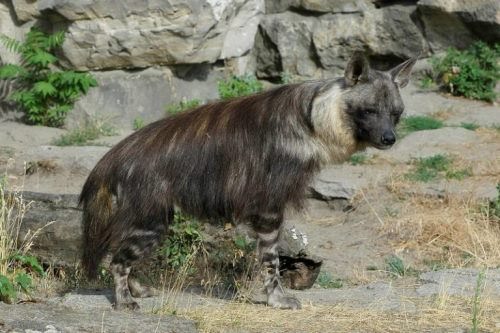 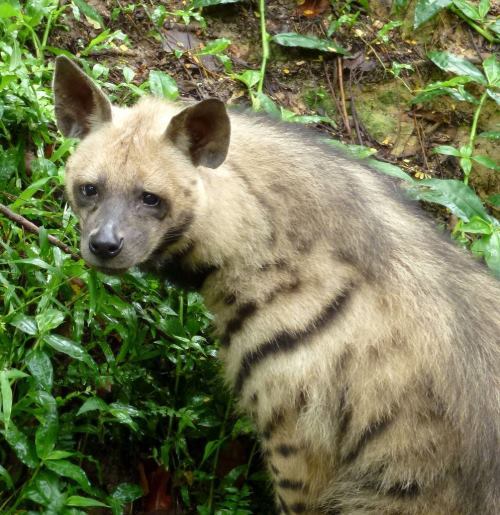 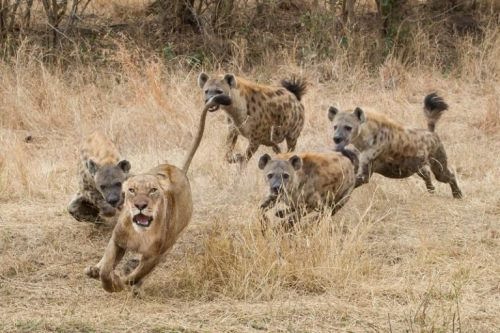 Hyenas are chasing the lion 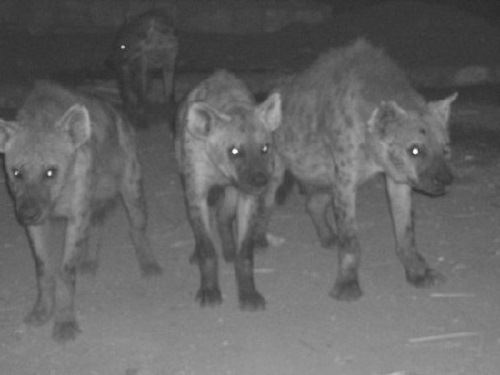 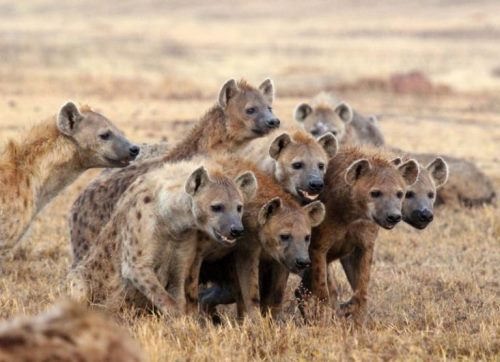 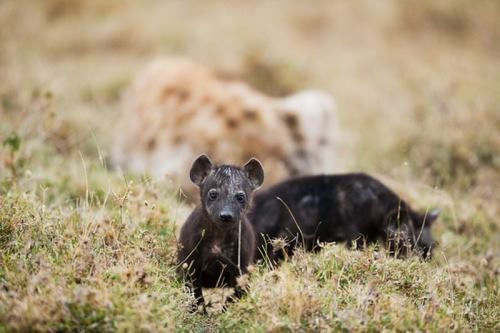 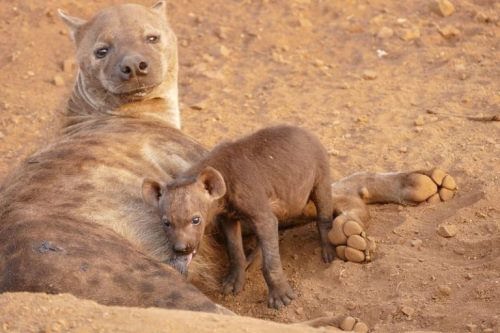 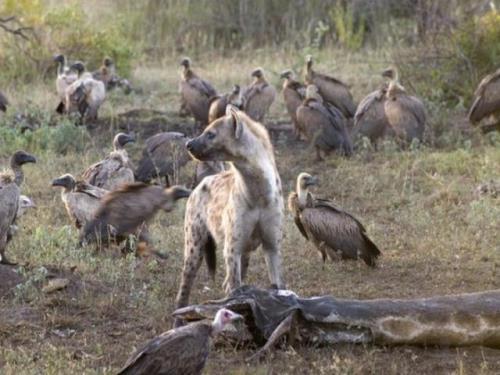 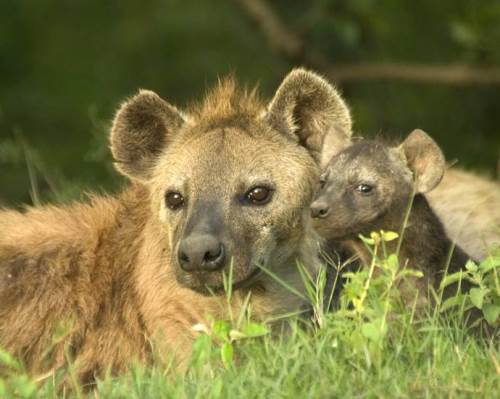 Mother hyena and her baby 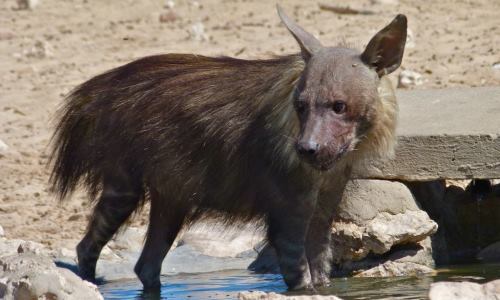 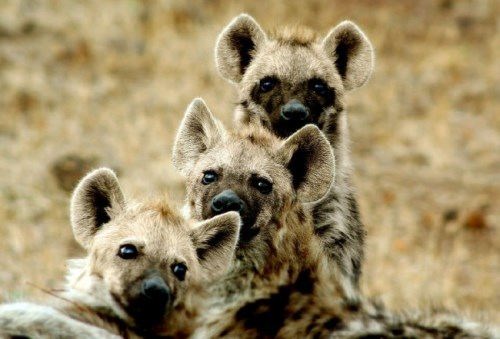 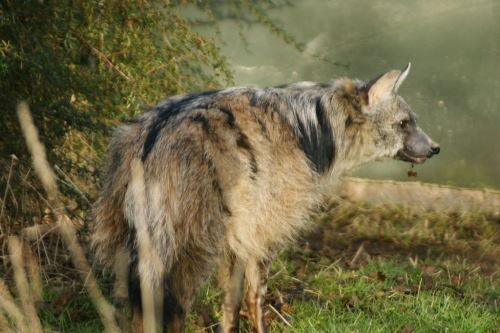 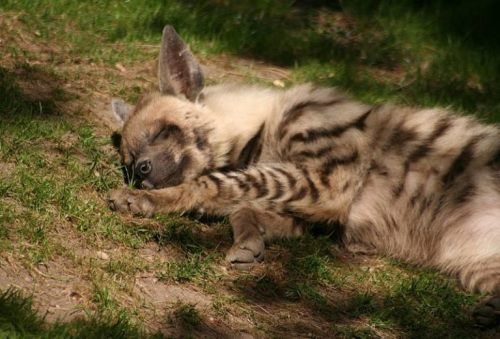 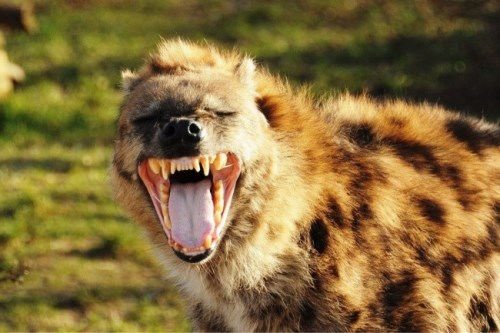 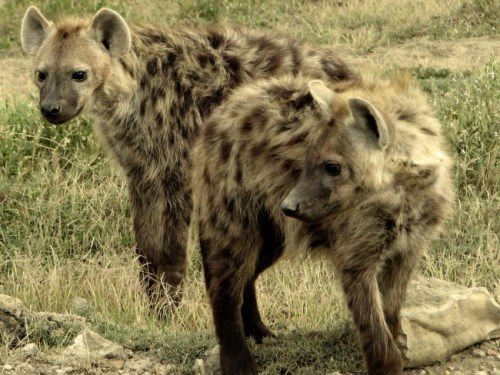