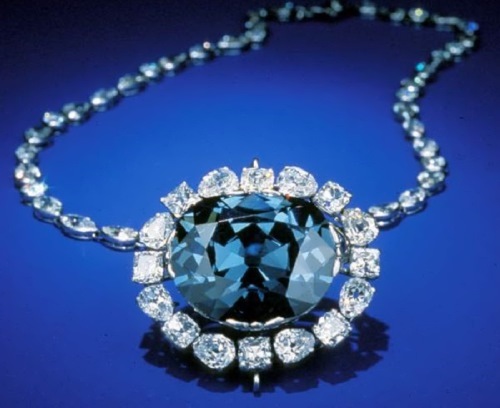 Blue Hope is the most mysterious diamond in the world. Its last owner’s story is absolutely incredible and mysterious.
In May 1912, Evalyn McLean, well known New York beauty, ran into the church not far from her house and said to the priest: “I want to consecrate this ill-fated stone!” And she tore off her necklace – a huge dark blue diamond surrounded by sparkling stones.
The priest silently put the necklace on the cushion, picked up the cross, and suddenly… everything began howling and squealing, and the stone glowed with a sinister blue flame…
There was a sound of thunder. The heavens poured down rain. Windows were broken. Evalyn cried. But the priest didn’t stop. And everything became quiet again.

At home Evalyn hid her famous diamond. Why did she buy this terrible stone? After all, she was warned that it could bring misfortune. But she didn’t think about it seriously two years ago, in 1910, when her husband took her to Europe to have fun?
24-year-old American girl had a lot of fun in Paris. The daughter of multimillionaire Thomas Walsh was indecently rich and now she has married handsome Edward McLean, whose father owned Washington Post. She got tired of entertainments. The girl wanted something unusual and exciting. At that time she met Pierre Cartier.
The famous jeweler showed her a lot of amazing jewels: “They will bring you happiness, madam!” Beauty just shrugged her shoulders: “I have a lot of them. And my life is so dull and boring. Once gypsy said that only those jewels that bring misfortune to others, would bring me happiness. So I am looking for a diamond with a curse!”
The famous jeweler smiled like Mephistopheles, and handed a blue velvet box. Evalyn opened it and gasped.
“This is Blue Hope! The most expensive diamond in the world! The stone with ancient curse.
It is also called the “Blue Diamond of the Crown” or “Blue Frenchman”, though, as you can see, the stone is not blue, but rather cornflower. Its story began with a crime. In the 1660s French explorer Jacques Tavernier stole it from the sacred temple in India. The diamond served the third eye of a statue of Buddha himself. The priests of the temple cursed the thief. And this curse struck Tavernier, even when he left India. In 1668 he brought the stone to King Louis XIV, and then went to Russia. There in the snowy forests he was killed by wolves.
Louis XIV fell in love with a diamond. None of the emperors in the world had such gem! Once the king gave it to his mistress Madame de Motespan. And when he saw the stone on her chest, he understood that it was more beautiful than the girl. Louis was out of luck: he died of gangrene with a blue stone on his neck. 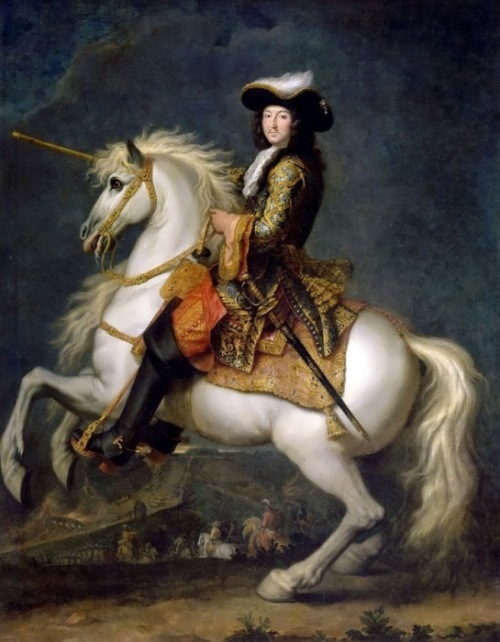 Then the curse of Indian Brahmins became even more powerful. Queen Marie-Antoinette, who always wore “Blue Diamond of the Crown”, lost her head to the guillotine during the French Revolution. Princesse de Lamballe, who also wore the diamond, was murdered by an angry mob. 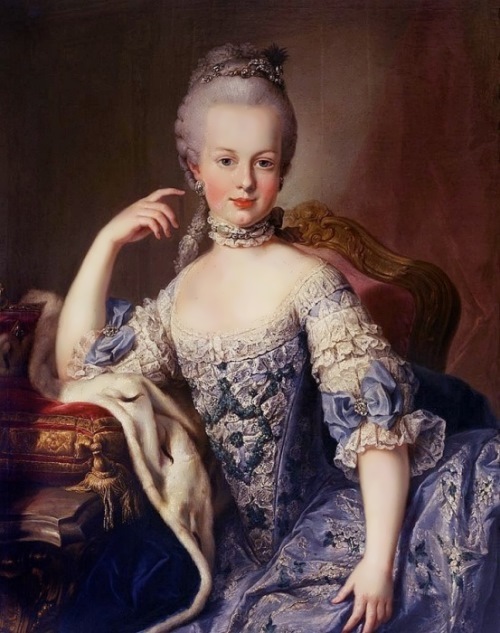 Revolutionaries seized the crown jewels and create an exhibition at a furniture warehouse. But the security was poor and the famous Parisian jewel-thief gang stole treasures. Soon the boss of the gang went to prison where he was killed by inmates. But the blue stone was not found.
Decades later an unknown Amsterdam jeweler sold it to King George IV of England. The stone became even more beautiful and, most importantly, it had not lost its bewitching effect. George was up to his ears in debt. And after his early death the stone was auctioned. As a result, famous London banker and jewelry collector – Henry Philip Hope became its new owner. But the evil diamond ruined his family – his heirs bankrupted.”
Cartier looked at Evalyn. She was looking at the blue diamond.
In May 1911, Edward McLean paid 180 thousand dollars for “Blue Hope”. Now his wife Evalyn was wearing a necklace day and night. But Edward’s mother did not like it. “It’s blue like a corpse! – she cried. – Take it off. I don’t want to see it again!” But Evalyn just laughed. Evil light flashed in the stone. Mother gasped and closed her eyes: “Diamond devil!” 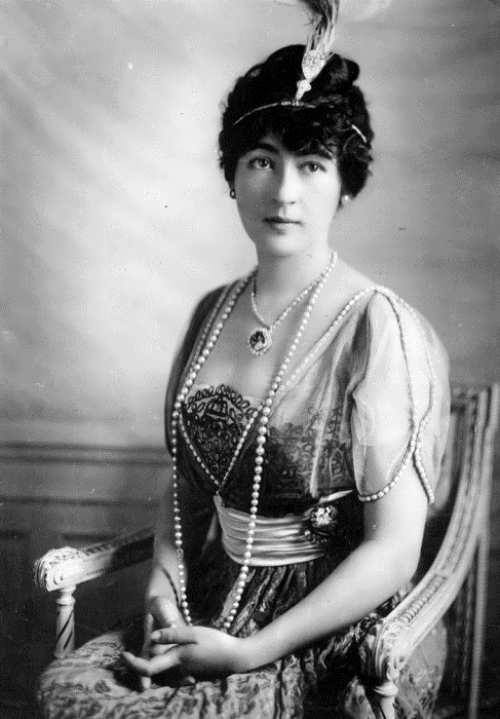 The next day she fell ill. She shouted: “Get rid of the diamond! It’ll kill all of us!” Evalyn just grinned.
A month after her mother-in-law’s death Evalyn’s beloved brother died. That’s when she ran to the church to consecrate the stone.
But it did not help! Evalyn was standing in the child’s room and was looking at the empty bed of her son. A few days ago, her son was sitting there with a diamond in his hands. She gave him the stone to play. She said: “My son and my diamond – they are my hopes!” Three days later, the kid was hit by a car. He was nine years old! ..
Evalyn rushed to the phone: “How could you sell me this terrible stone?! Ten years ago I was a silly girl! You should understand what a curse means!”
Jeweler sighed and said softly: “There is no curse. I invented it, I told you a couple of historical tales. To sell it at a higher price…”
Evalyn did not believe the jeweler and the next day she went to the library. From books and old newspapers she learned about the former owners of the blue diamond. Russian prince Kanitovsky bought it at auction for his mistress – Parisian dancer. Less than a month later, prince fatally shot her right on stage. There was damn blue stone on her chest that night. A few days later Kanitovsky was shot in the street next to the theater.
After his death, the diamond was bought by the Turkish Sultan Abdul Hamid II, who gave it to his favorite concubine Zobeida, but soon killed the young beauty, in a fit of anger. Less than a year later the Sultan was killed in a palace coup. Even Sultan’s jewelry keeper was executed. In short, everyone who touched the diamond, died. Stone destroyed its owners. And Cartier did not know about these awful events?! Evalyn phoned the jeweler again. But nobody answered…
She tried to get rid of the diamond. But the price was so high that no one wanted to buy it. And she even wanted someone to steal it. But the devil diamond came back.
Evalyn’s husband left her and then died in a mental institution. The Washington Post was sold to repay the debt. She didn’t have money, but her jewelry and of course terrible Blue Hope. 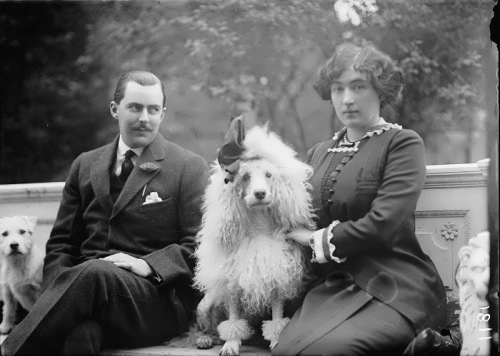 Evalyn McLean and her husband

One night in December, 1946 Evalyn could not sleep. She was choking. Mrs. McLean saw that she slept with a necklace on her neck. In the morning she was awakened by police. It turned out her 25-year-old daughter died from a drug overdose.
… Evalyn was walking in the street. It was 1947. The weather was terrible – rain, fog. Take a taxi? But she did not know where she could hide herself from the curse of the diamond. Mrs. McLean closed her umbrella and stood up in the rain. The next day pneumonia started. 60-year-old lady died.
In April 1947, Evalyn McLean’s jewels were sold at auction to pay debts. Harry Winston, head of the New York jewelers, bought them all, including Blue Hope. But this wise “king of diamonds” presented the blue stone to the Smithsonian Institution in Washington. Just in time! Blue Hope “launched” its curse again. A postman, who delivered the stone to college, lost his leg in a truck accident. A thief, who tried to steal a diamond, was imprisoned and then poisoned. The second thief surrendered to the police and hanged himself in his cell.

Scientists have found that if the stone is irradiated with ultraviolet rays, it will glow like red-hot coal. Like a magical eye! Now Blue Hope belongs to everyone… 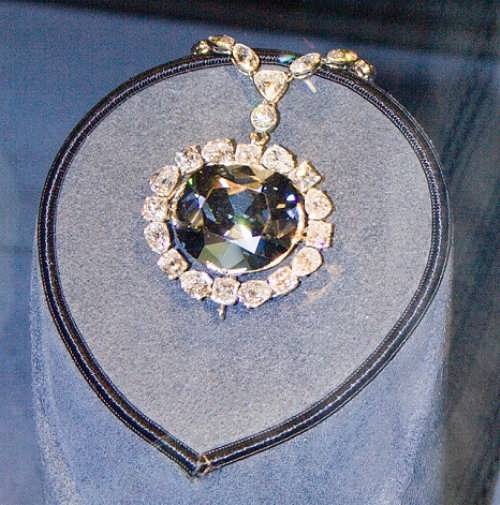