The story of the Holy Grail is such an intricate tangle of European legends, oriental stories, literary narratives and conjectures, rooted not in the biblical source, as one might suppose, but almost in the pagan folklore motifs of the Celts.
The Holy Grail is most often identified as a serving dish or a chalice that was used by Jesus during the Last Supper.
The Provencal poet troubadour Chrétien de Troyes described the Grail in his novel Perceval or The Story of the Grail (1182). In this novel the Grail is presented in the form of a large dish with precious stones. However, in other works about this artifact – poems and novels – the Grail appears in the form of a bowl, a cup and even a stone. However, none of these works does not enjoy the reputation of an authoritative source of information.

The story of Joseph of Arimathea is the basis of the legend of the Grail. Joseph of Arimathea was imprisoned for several years for expressing his faith that Jesus was the Messiah, the son of God. After being released, he traveled to Britain and took the grail with him. The grail had magical qualities, providing food and assurances of the grace of God. A few generations later the powers of the vessel were lost and its existence was virtually forgotten. 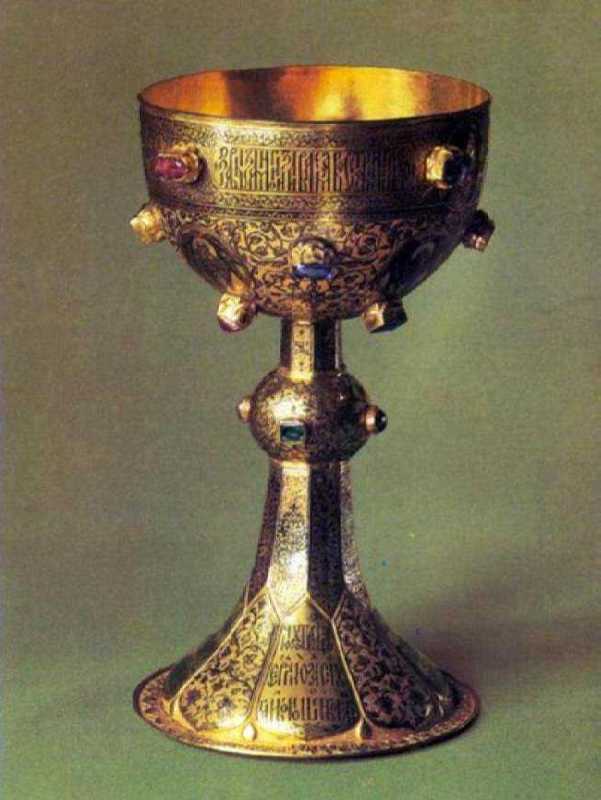 Another legend tells that the Celtic sorcerer Merlin, who patronized King Arthur, sent the Knights of the Round Table to find the Grail. In 1100s Geoffrey of Monmouth wrote History of the Kings of Britain which included details of heroic reign of King Arthur. Much of the material was gathered from folktales and contains historical and chronological inaccuracies. Between 1160 and 1180, the French poet Chretien de Troyes wrote five major works about Arthur and his knights based on history and legend. He helped introduce and popularize the grail legend. Chretien’s unfinished manuscript was continued by others.
Around 1200, the German poet Wolfram von Eschenbach wrote a grail legend, Parzeval.
In Morte d’Arthur by the fifteenth-century English writer Sir Thomas Malory the grail becomes the object of a quest among the knights of the roundtable at King Arthur’s castle, Camelot. 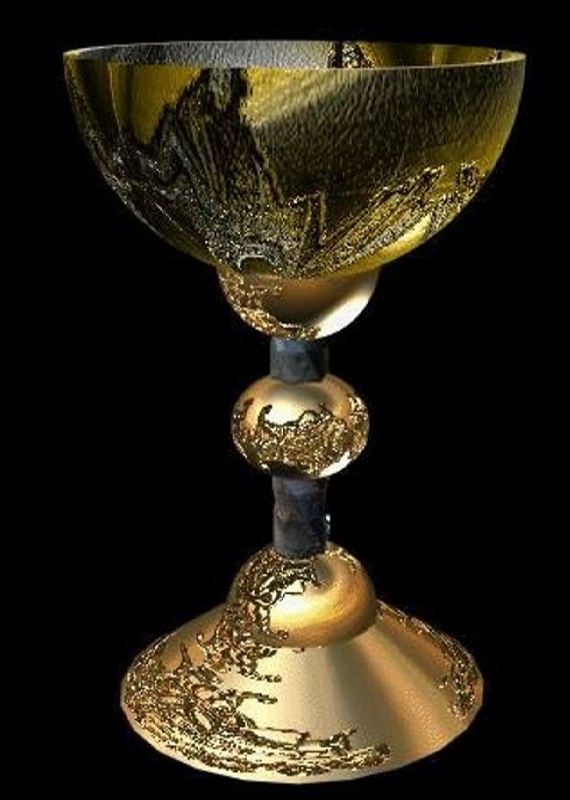 The Holy Grail might have been developed from references to magic cauldrons that appear in many Celtic myths and practices.
But if you follow the mystical tradition, the Grail is an emerald, or a bowl made of emerald. The owner of the stone was Lucifer himself. The gemstone fell from his head and the angels made the cup, or, according to another version, the emerald was inserted into the Grail.
There is one more hypothesis, the Grail is not a stone or a cup, but the person – the mother of Jesus, the Virgin Mary. 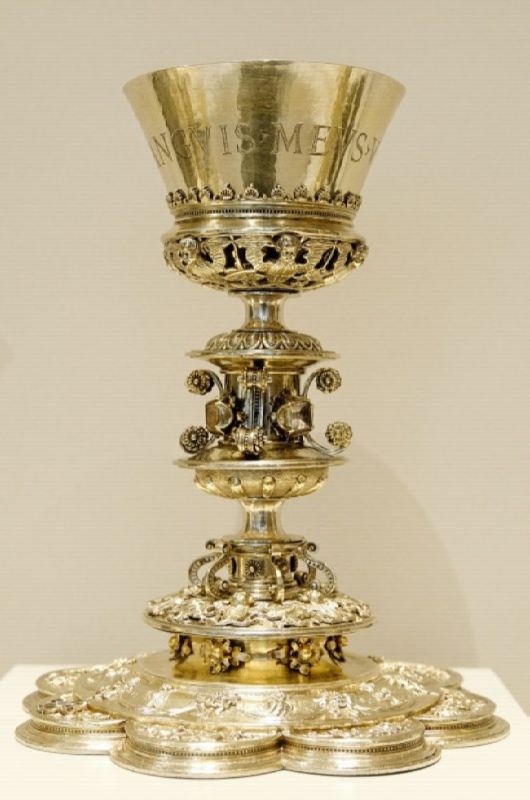 Bowl made for the church of St. John the Baptist in Salinas, Spain 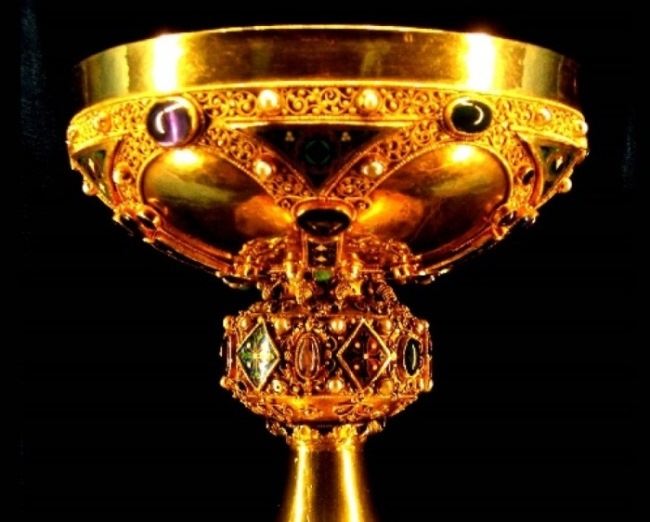 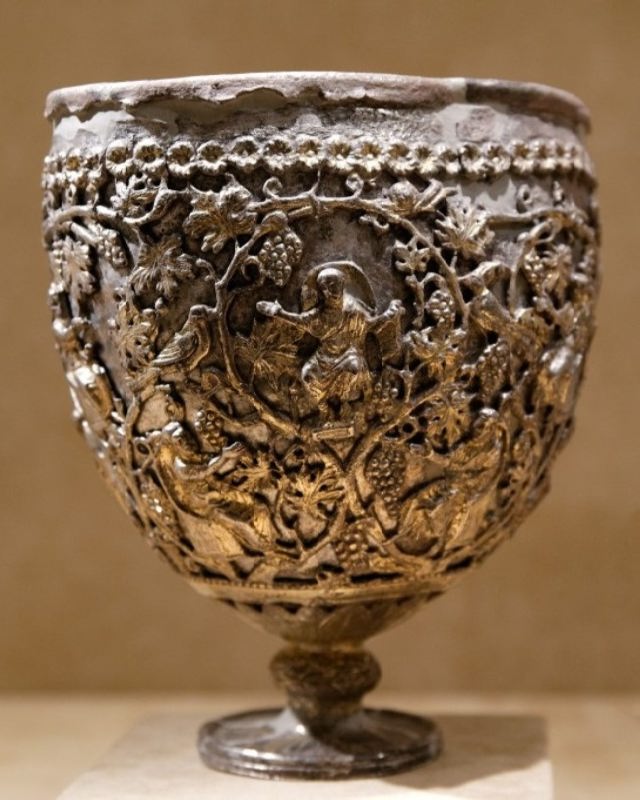 Bowl. 6th century or the beginning of the 7th century. The Metropolitan Museum. New York 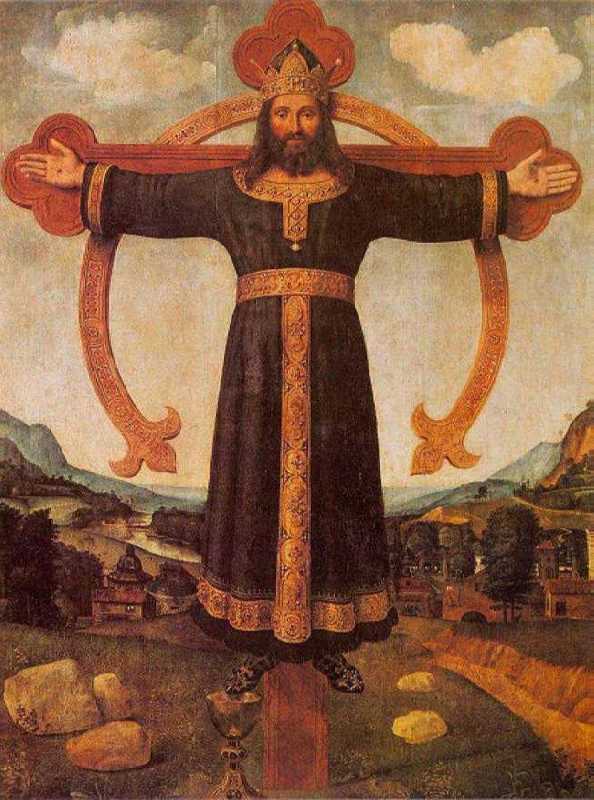 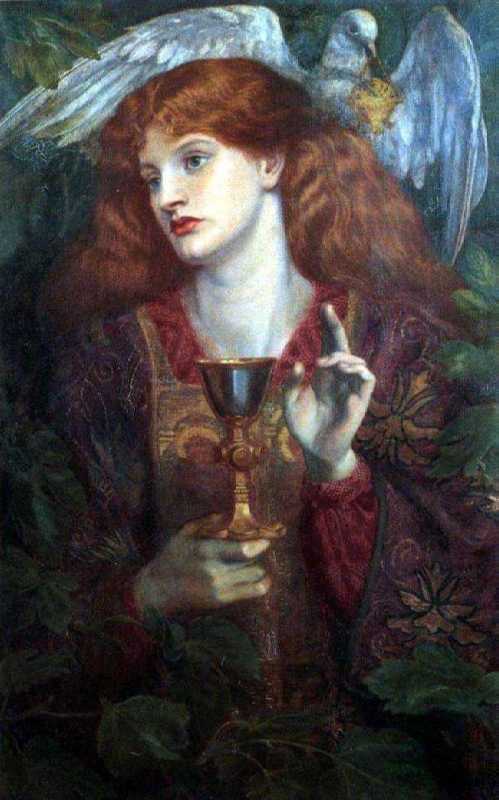 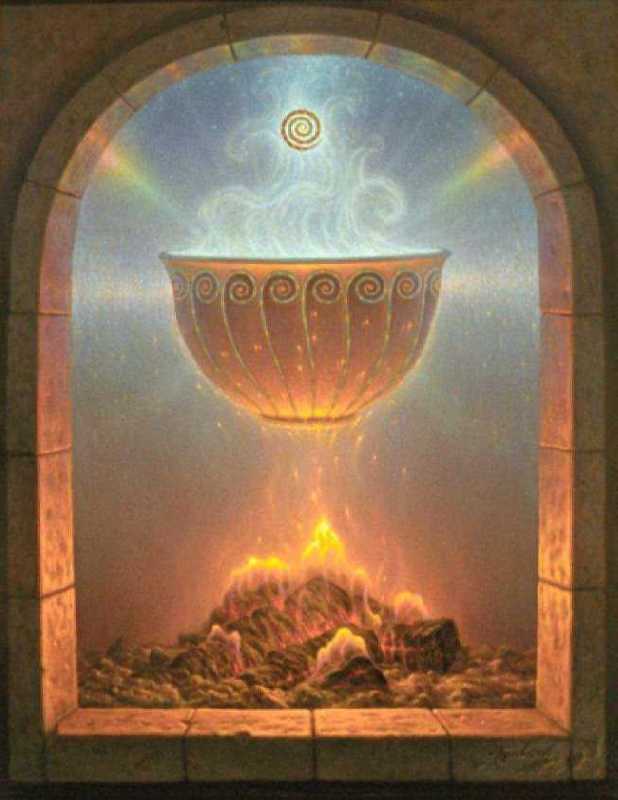 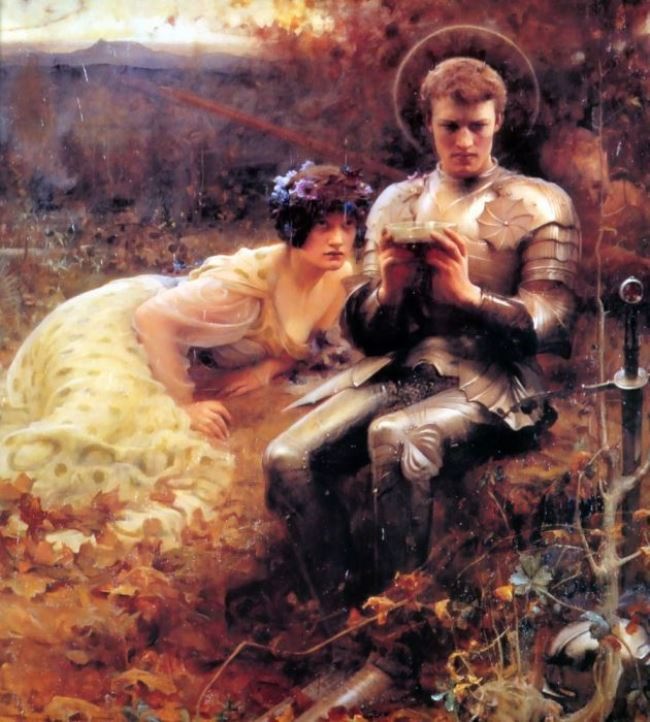 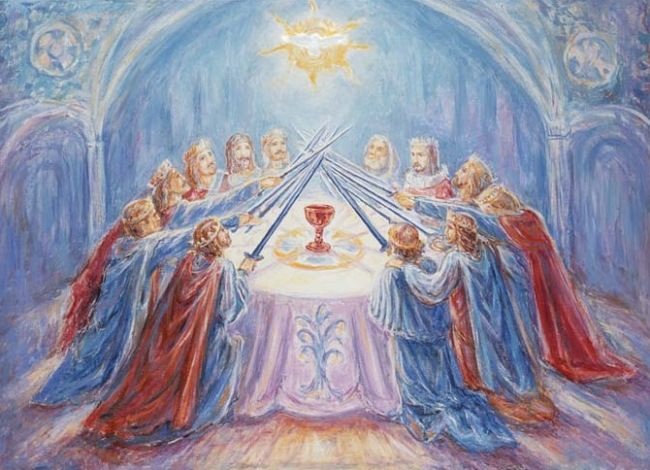 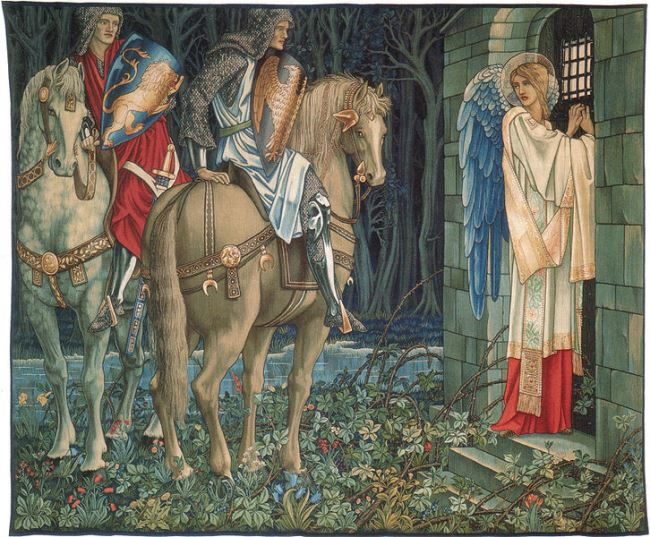 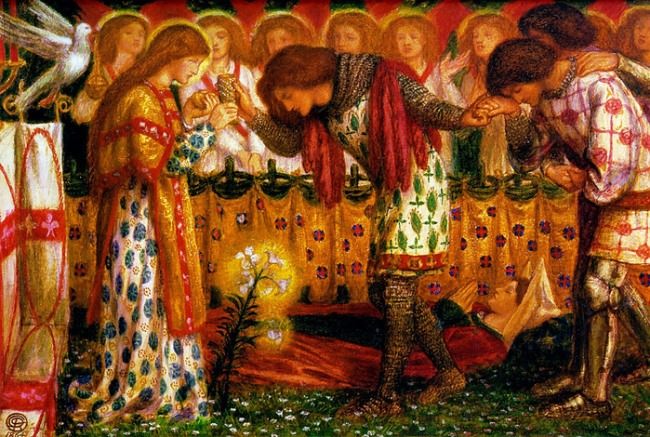 How Sir Galahad, Sir Bors and Sir Percival Were Fed with the Sanc Grael 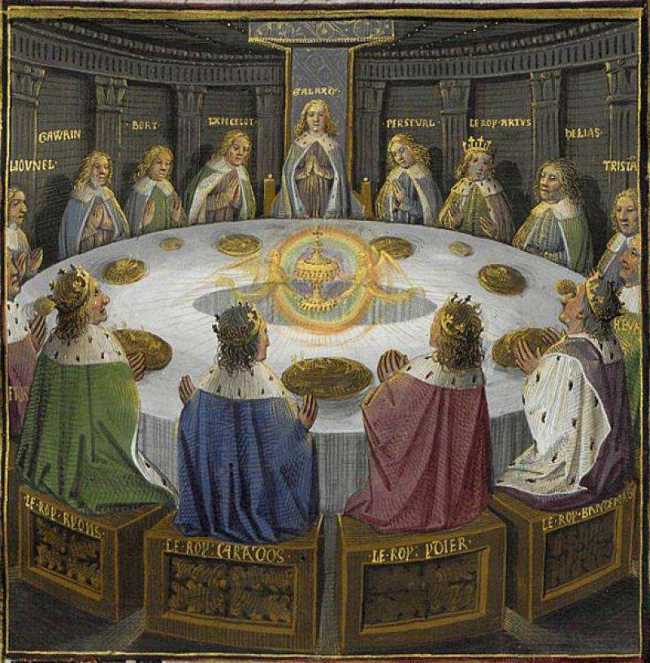 Knights of the Round Table and Holy Grail 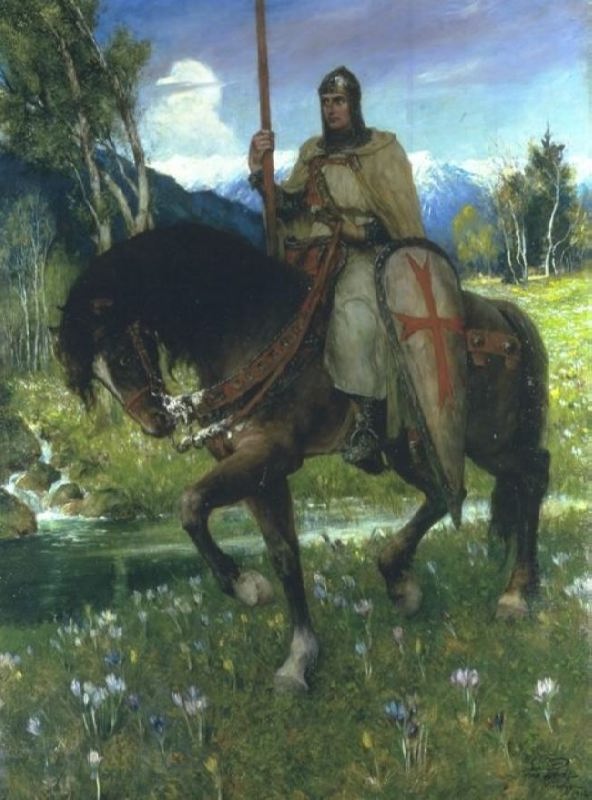 Leeke Ferdinand. Parsifal In Quest Of The Holy Grail, 1912 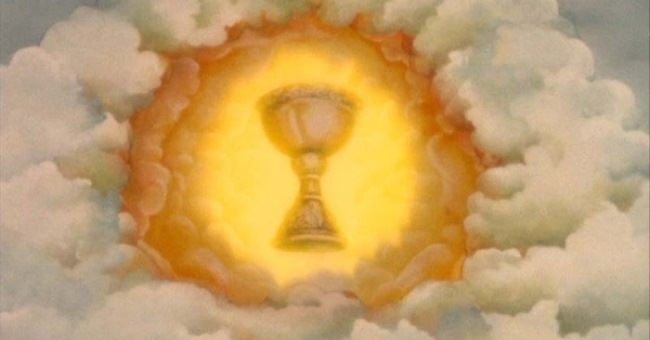 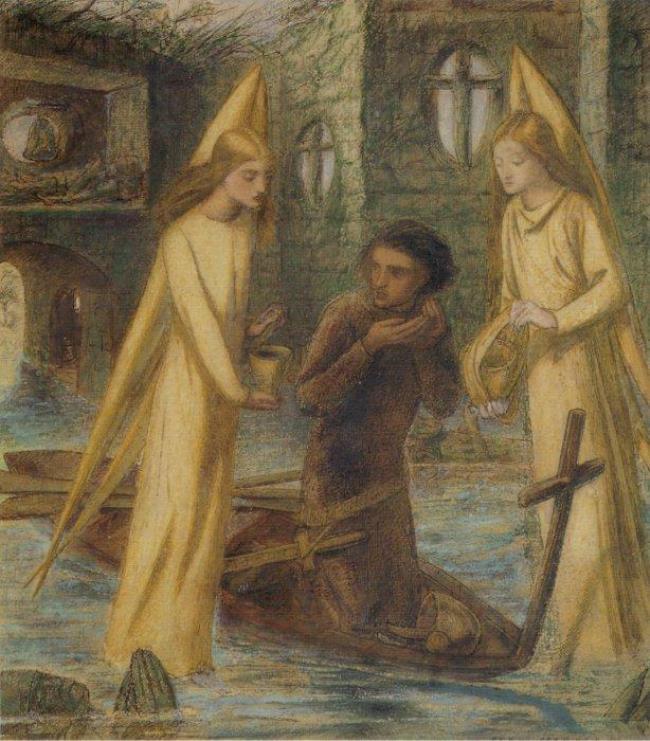 Lizzi Siddal. Sir Galahad at the Shrine of the Holy Grail 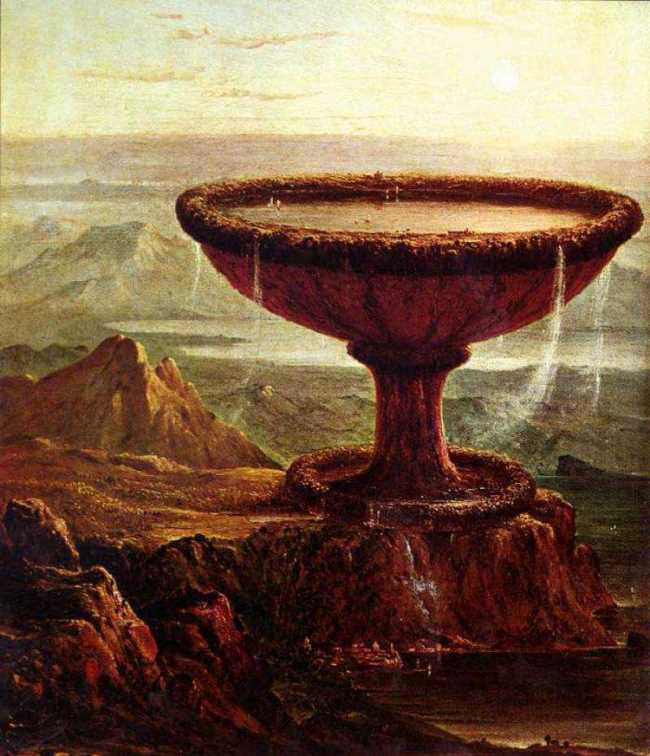 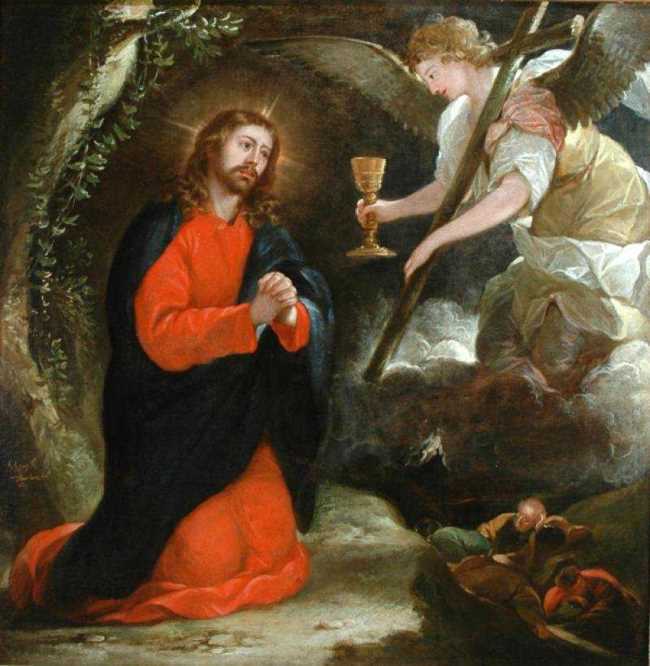 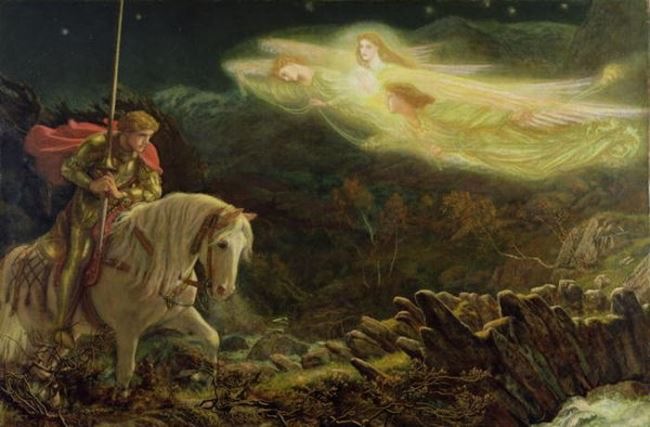 Sir Galahad, the Quest of the Holy Grail 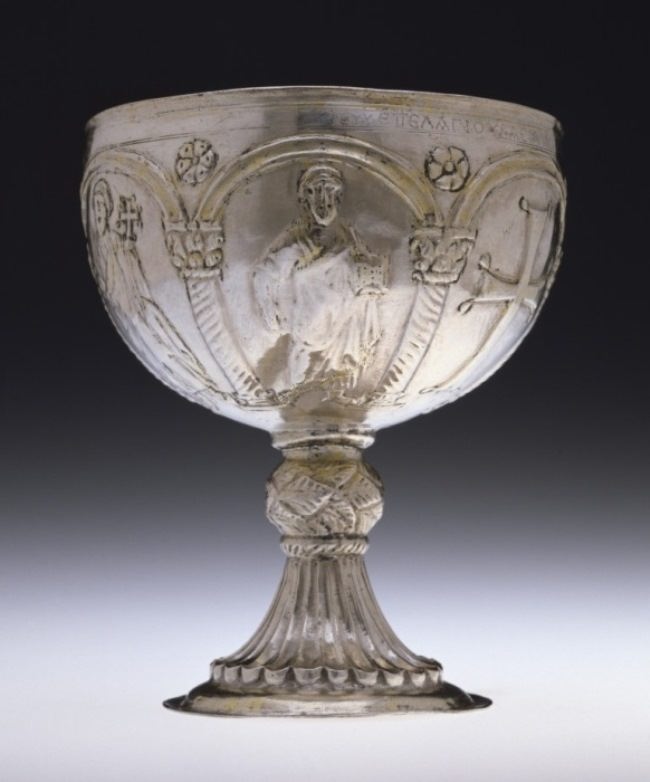 The Byzantine Cup. Silver chalice with the image of the figures of the apostles and the cross, the beginning of the 7th century 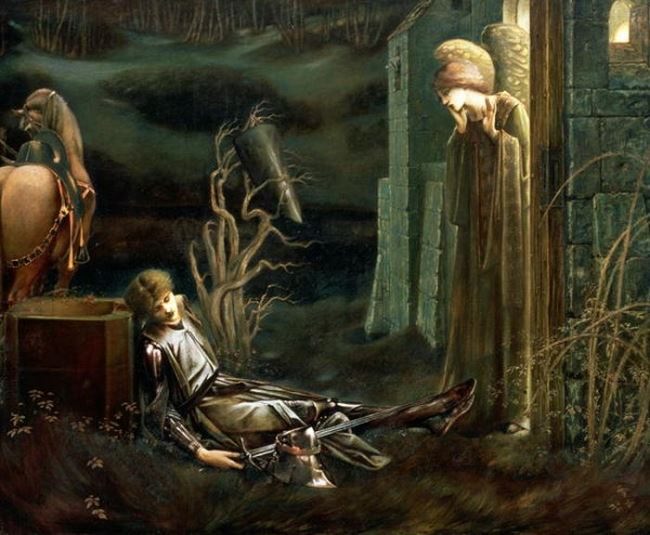 The Dream of Sir Lancelot at the Chapel of the Holy Grail, 1896, by Sir Edward Burne Jones 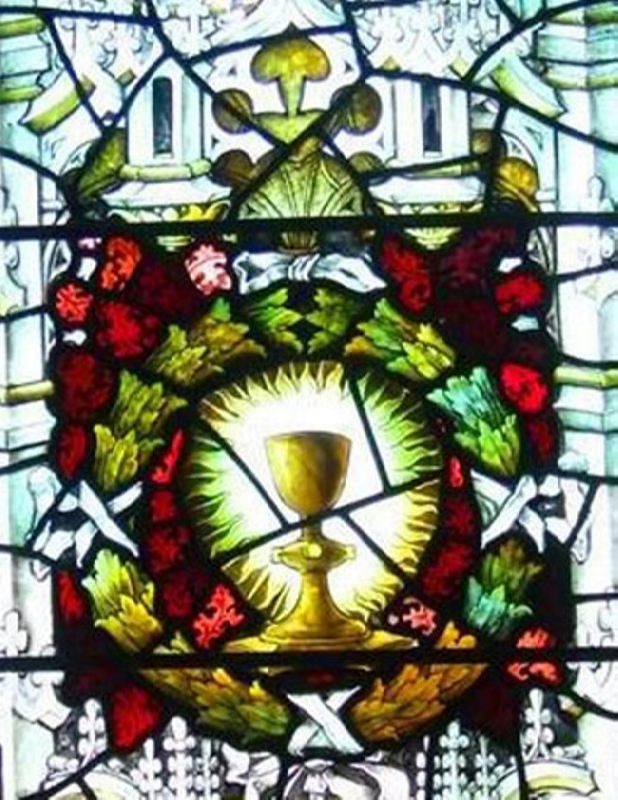 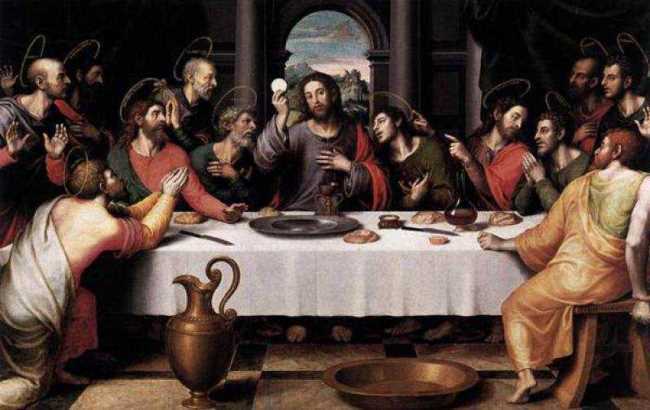 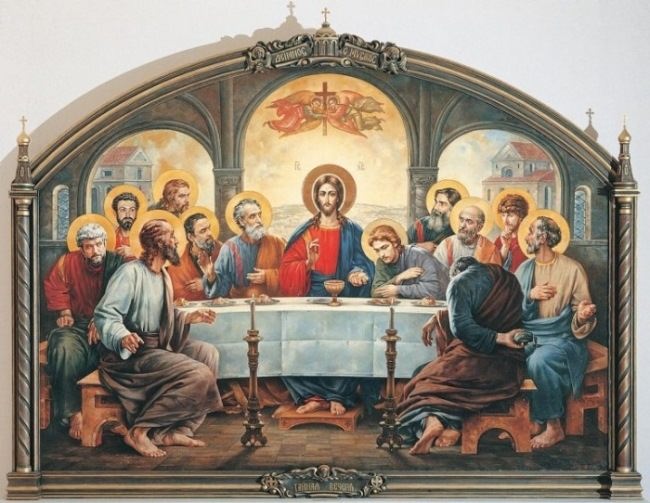 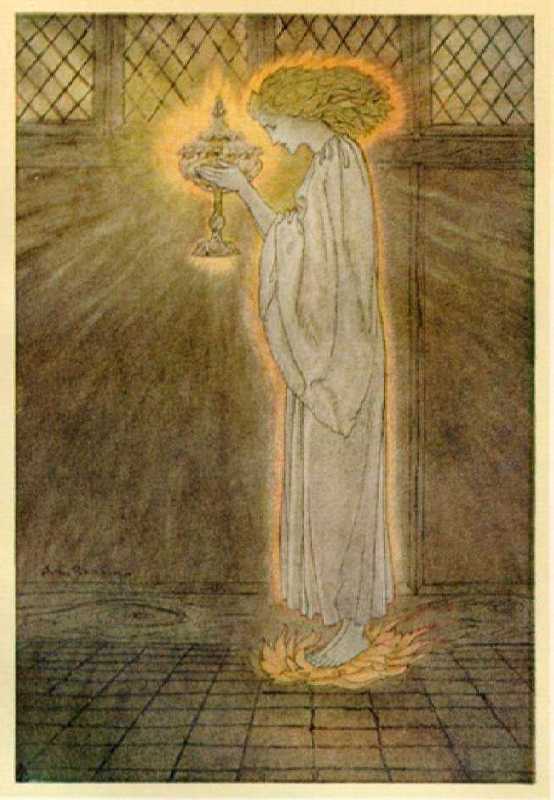 The Virgin and the Grail in Corbin Castle. Illustration by Arthur Rackem to the Novel about King Arthur and the Knights of the Round Table by Alfred Pollard, 1917 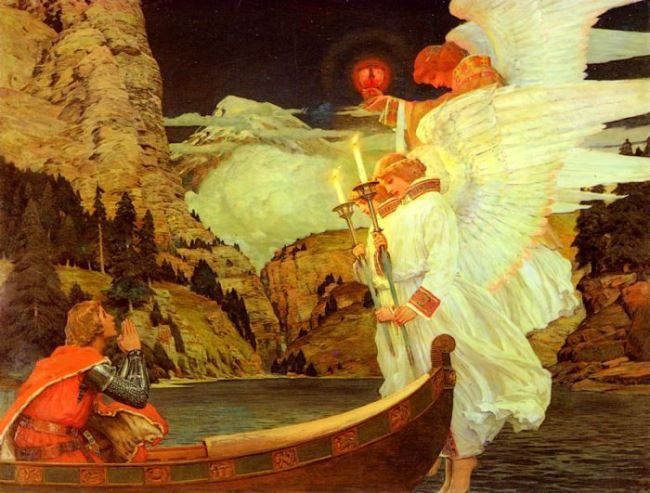 Waugh Frederick Judd. The Knight Of The Holy Grail