Some people believe that graffiti is an example of anti-social behavior, the work of vandals. It was earlier when teenagers wrote swear words and gang names on the fences and pavement. Nowadays, many of those ‘vandals’ are treated as respected artists, and some of them have made it in the world of business.
Now graffiti has the status of ‘street art’. You can see it in advertisements, on clothes, on toys.
The term graffiti comes from the Greek word ‘graphein’ which means ‘to write’. Graffiti was discovered in countries of the Ancient East, Greece, Rome (Pompeii, the Roman catacombs). The earliest graffiti appeared in the 3rd millennium BCE. Then they were presented in the form of prehistoric cave paintings and pictographs. The drawings were often made in the ritual and sacred places in caves. Most often, they portrayed animals, wildlife and hunting scenes.

Graffiti were widespread in pre-Columbian Mesoamerica. In Tikal, one of the largest settlements of the Maya, many well-preserved paintings were discovered. Graffiti of Vikings in Rome and Ireland, as well as the famous inscription of Varangian who scratched his name (Halvdan) in runes on a banister in the Cathedral of St. Sophia in Constantinople, help us to learn some facts about the everyday life of past cultures. 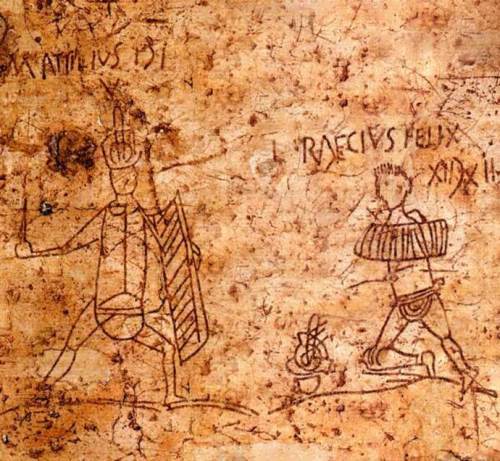 Eastern Slavs graffiti has a long and rich history. There are 10 graffiti of XI century in Novgorod, Russia. There are about 300 graffiti of XI-XV centuries in Kiev. They tell us about the political events of the past, mention the historical figures: Prince Yaroslav the Wise, his son Svyatoslav and Vsevolod, grandchildren Svyatopolk and Vladimir Monomakh, Luka Bishop of Belgorod, the governor Stavr Goryaditinicha and others. 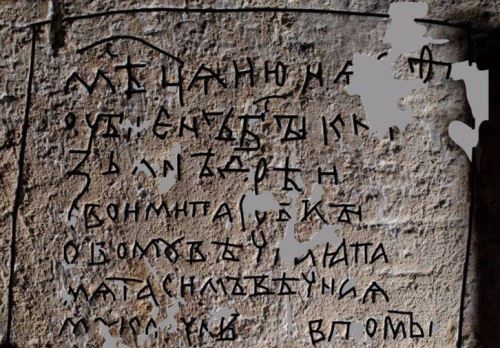 French soldiers left graffiti on some of the Egyptian pyramids during Napoleon’s Egyptian campaign. Lord Byron left his mark on one of the columns in the Temple of Poseidon at Cape Sounion in Attica, Greece. Examples of graffiti can also be found in the United States. It is the famous Painted stone, national landmark on the Oregon Trail. Graffiti left by Soviet soldiers can be found on the walls of the Reichstag in Germany.
In the late 80s hip-hop music became very popular. Hip-hop was originally black ghetto music, sung by young African Americans from the poor, run-down districts of American cities. When it suddenly got to the top of the American music charts, hip-hop culture was spread, bringing graffiti with it.
The Groninger Museum in Holland is one of the few museums in the world that displays and recognizes graffiti as an art form. 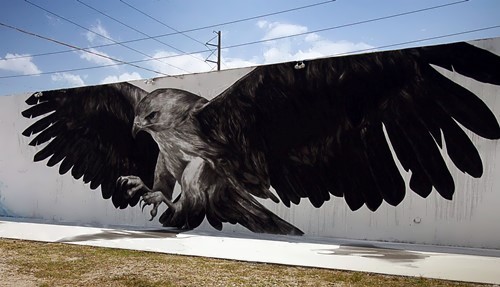 Today graffiti is a kind of street art, one of the most important forms of artistic expression around the world. There are many different styles and types of graffiti. The works created by graffiti artists are an independent genre of contemporary art, an integral part of the culture and urban lifestyle. Many countries and cities have their own well-known artists, creating true masterpieces in the city streets.
For some people, graffiti is a real art worthy of placement in galleries and at exhibitions, for others it’s vandalism.
Cornbread is often called one of the founders of modern graffiti.

One of the most famous graffiti of socialist era was a picture of Brezhnev and Honecker Kiss on the Berlin Wall. Author Dmitry Vrubel. His graffiti was removed as part of the restoration of the Berlin Wall. He was frankly amazed. East Side Gallery (they were engaged in restoration) asked the artist to come to Berlin to paint graffiti again. He was also sent a check for € 3,000 as a compensation for the destruction of his work. Meanwhile, the artist says that if he drew it again it would be a different picture. 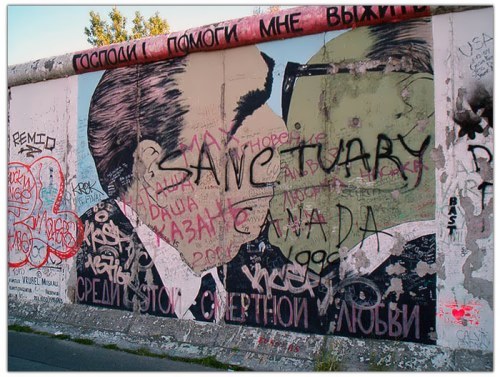 Russian Banksy, the graffiti artist Pasha 183, became famous for his ability to turn almost any parts of the landscape into a work of art. Several articles in The Guardian brought popularity to Pasha. The author of the articles compared writer’s work to Banksy style. After Pasha’s death Banksy devoted him his work – P183 R.I.P. 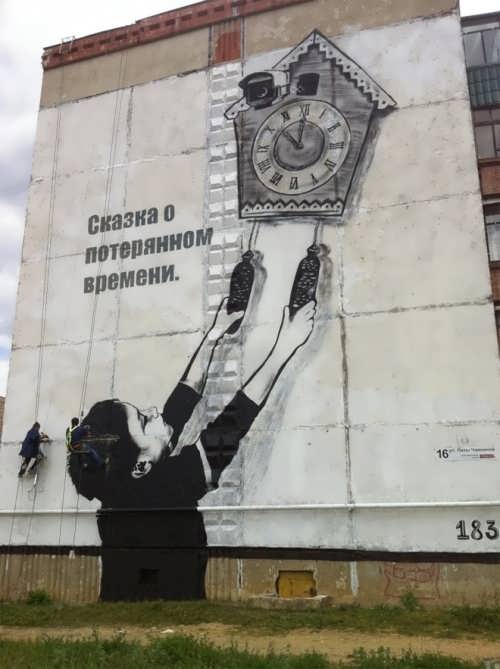 The most expensive graffiti
– Señor Suerte by Chaz Bojorquez. It was created in 1979 and was sold for $ 50 000 in October 2012. His works are shown on the personal as well as group exhibitions around the world. 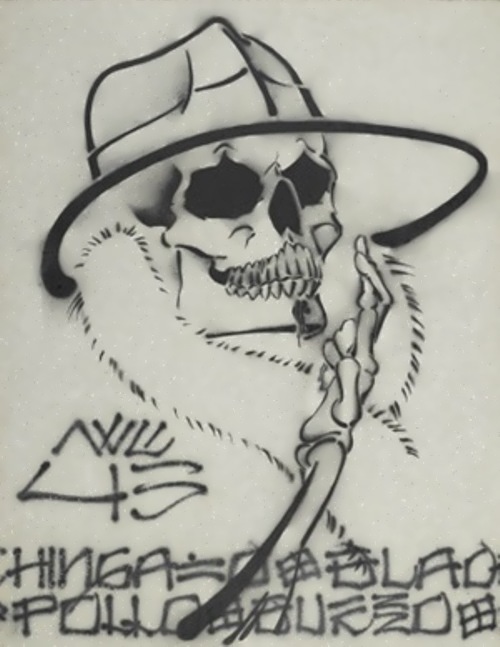 – Shepard Fairey. Duality of Humanity was sold for $ 52 350. His works are often exhibited at the Museum of Modern Art. 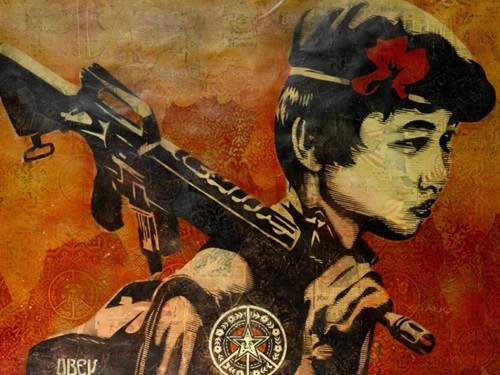 – Nick Walker, The Morning After. In October 2008 this graffiti was sold for $ 54 250. Walker is the founder of the school of graffiti in the UK. 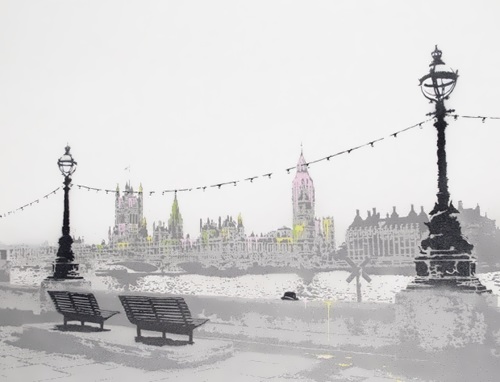 Nick Walker, The Morning After 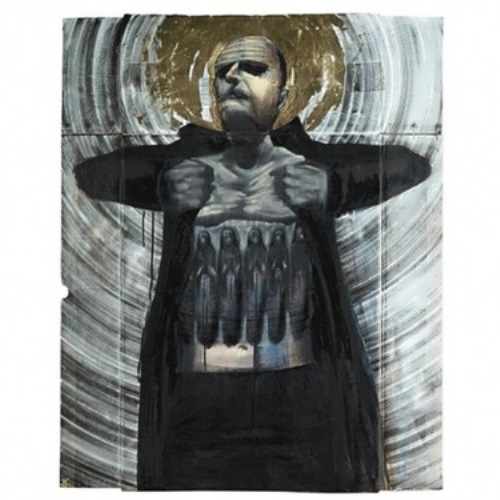 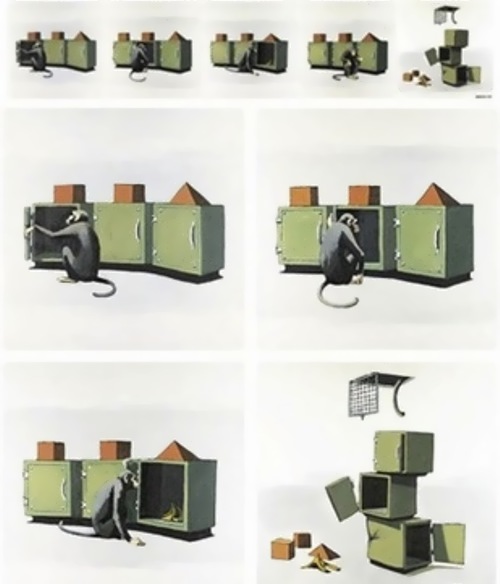 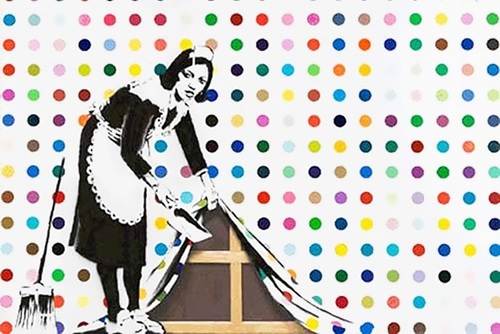 Keep It Spotless by Banksy 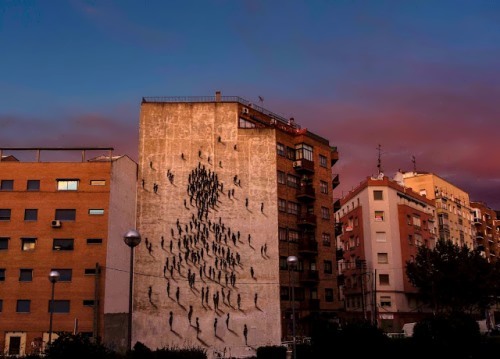 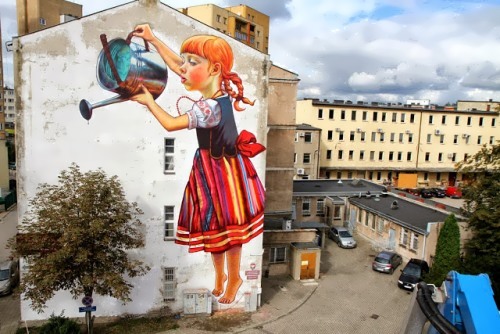 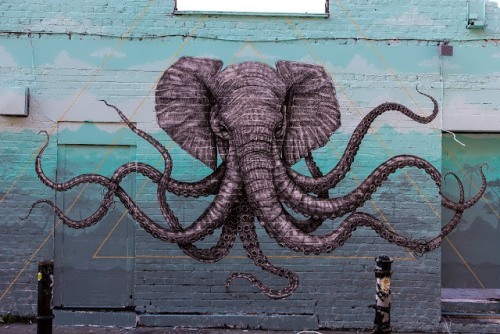 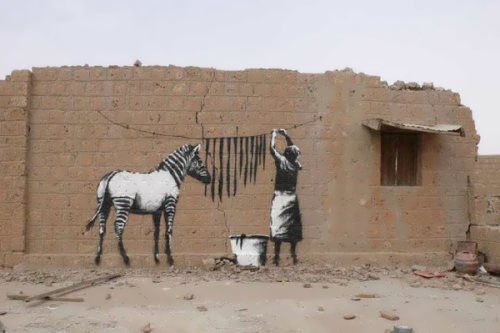 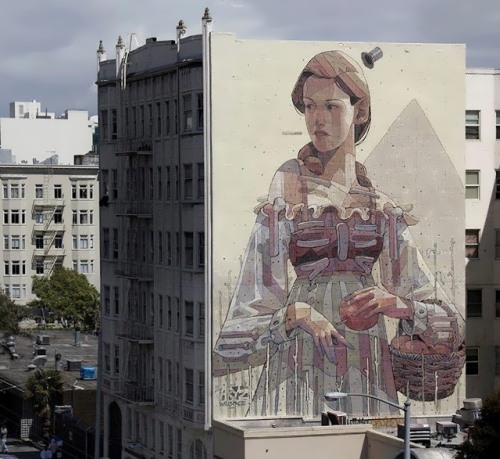 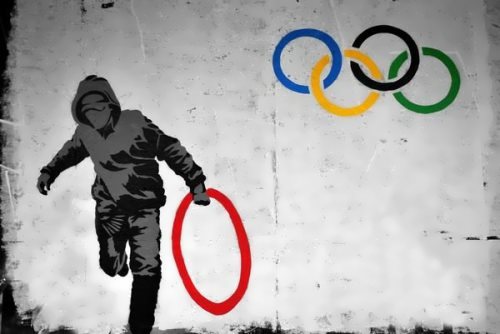 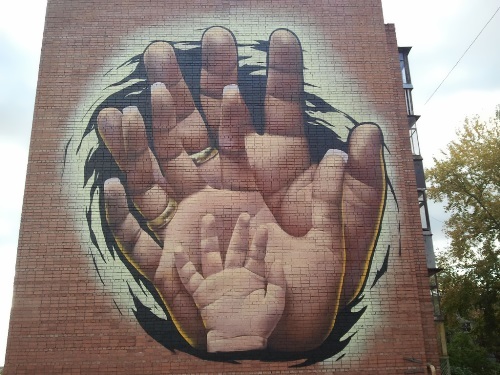 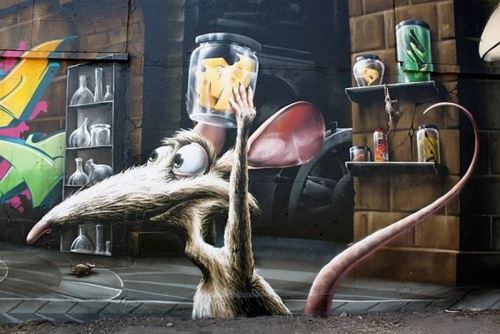