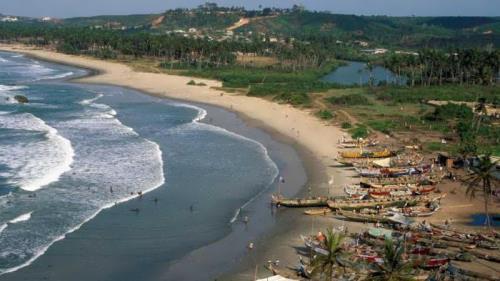 Ghana was once called the Gold Coast of Africa because of much gold in it. It still has the largest gold reserves in the world. Ghana is bordered by Côte d’Ivoire on the west, Burkina Faso on the northwest and north, and Togo on the east. Its official name is Republic of Ghana. Its area is 238,500 square kilometers.
Many people work in fishing, farming, logging, or gold mining. Cacao, timber, and gold are sold to other countries. Ghana also mines diamonds, manganese, and bauxite, which is used to make aluminum.
English is the official language. More than half of the people are Christian.

Long ago the Almoravids from northern Africa conquered Ghana and made its people slaves. The Portuguese arrived in the 1400s. Later came the British, the French, the Dutch, the Swedes, and the Danes. In 1901 the British made the Gold Coast a colony. In 1957 the colony won its independence and became the new country of Ghana. It became the first African colony south of the Sahara Desert to win independence. Independent Ghana was ruled at first by a prime minister. In 1960 the country became a republic with a president. Nkrumah was elected the first president. 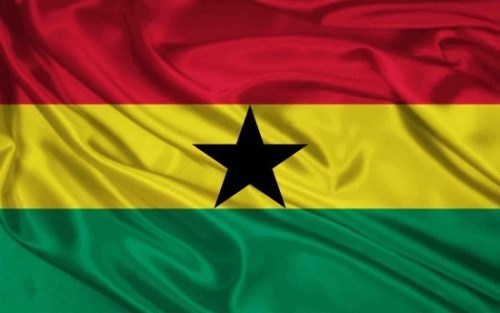 Accra is the capital and largest city of Ghana. Accra’s name comes from nkran, a word in the language of the Akan people. Nkran are black ants. Accra reflects the cultures of the many people who have settled in the area where it now stands. The national museum and national archives and the Accra Central Library are located in the city. The University of Ghana is in nearby Legon. Black Star Square is the site of the Independence Arch.
The Black Volta and White Volta rivers feed Lake Volta, one of the largest artificial lakes in the world.
Ghana’s weavers are famous for their colorful kente cloth, which is made in narrow strips in beautiful patterns. 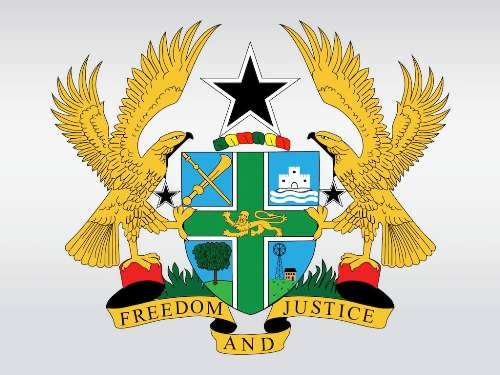 Coat of arms of Ghana

Interesting facts
– In 2015, Ghana launched its first satellite.
– Paper money was brought by Europeans.
– There are sixteen sanctuaries with more than a hundred rare species of animals, including elephants and cheetahs.
– On the territory of Ghana, there are many castles of the 16th and 17th centuries, once built by the Portuguese.
– At the funeral people have fun, dance and sing. The coffins remind of the profession of the deceased: the seller of phones will be buried in the coffin-Nokia; a fisherman in a coffin-fish; athlete – in a sneaker; teachers – in the book; pilot will be buried in the coffin-plane. 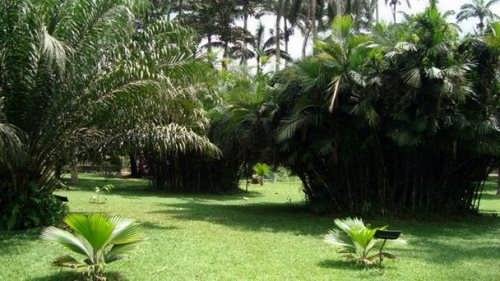 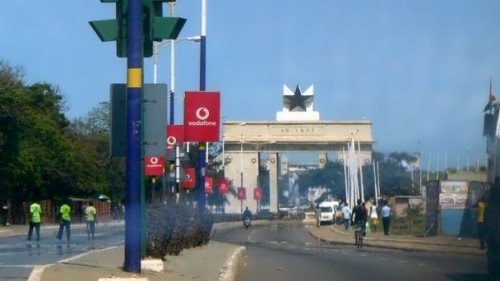 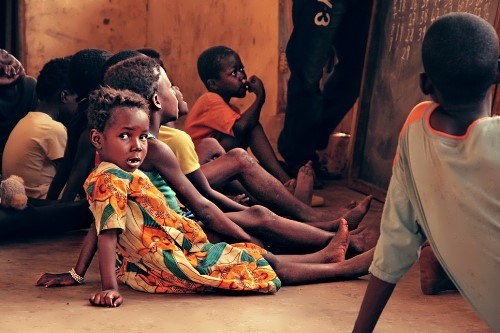 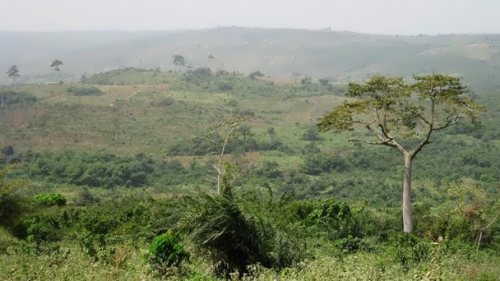 Cocoa plantations in the Akuapem Hills 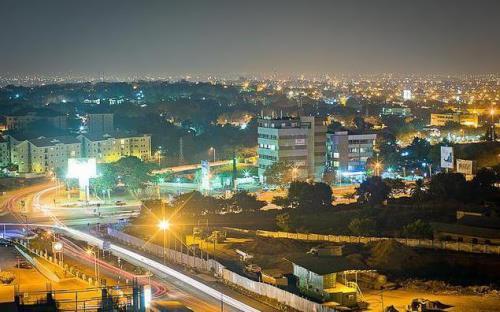 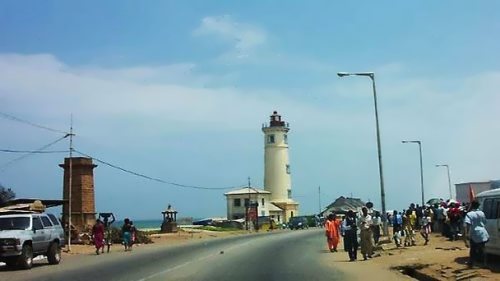 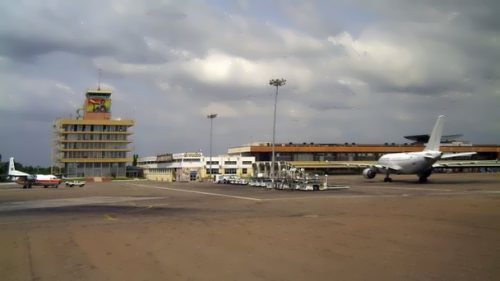 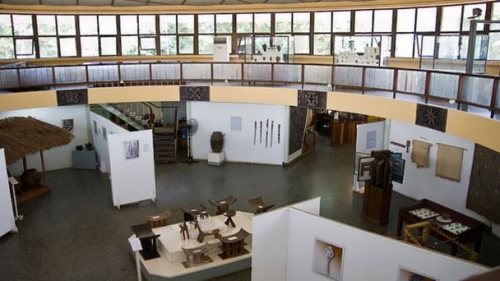 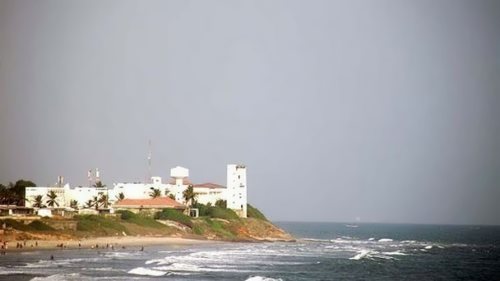 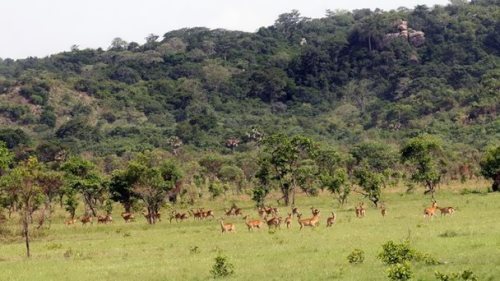 Black and white photos of Ghana by Gerhard Vetter. 1960 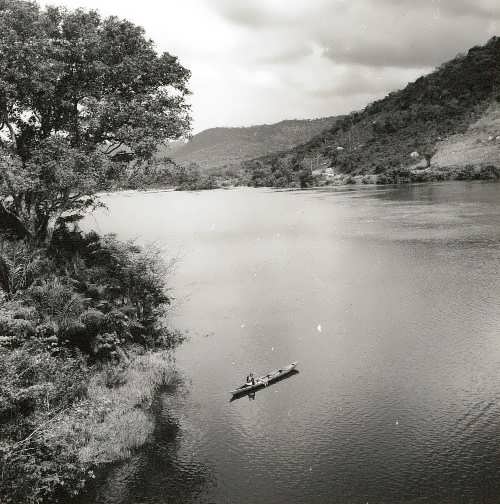 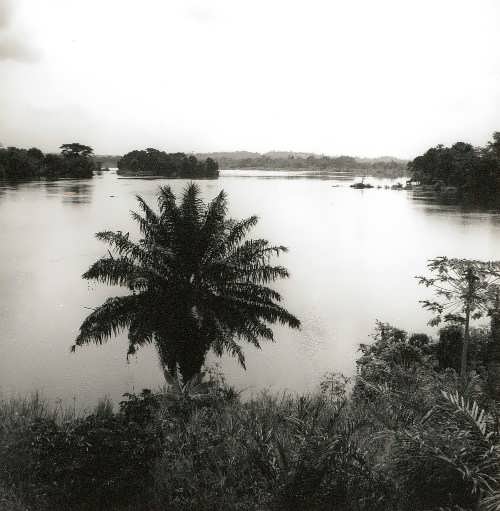 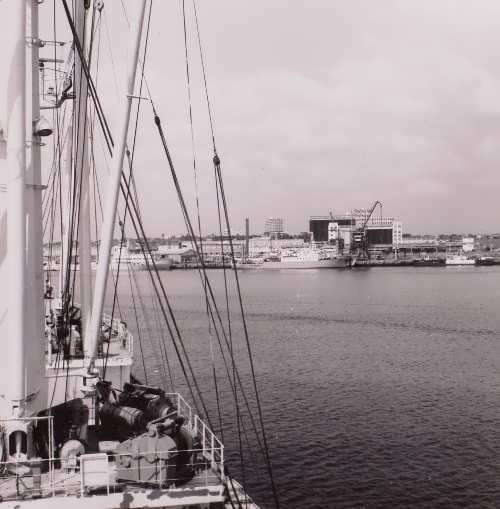 View of the port and city skyscrapers from the ship 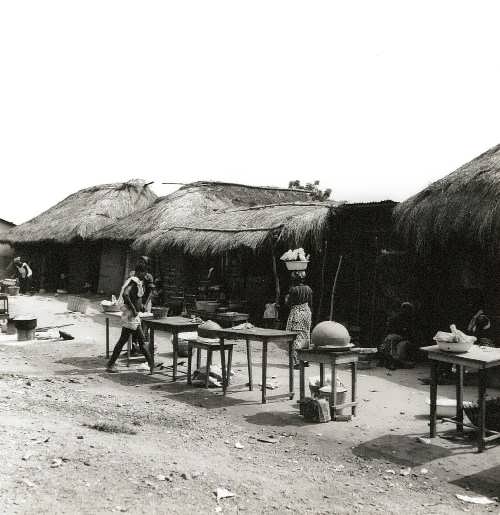 The village is in the savannah. Everyday life 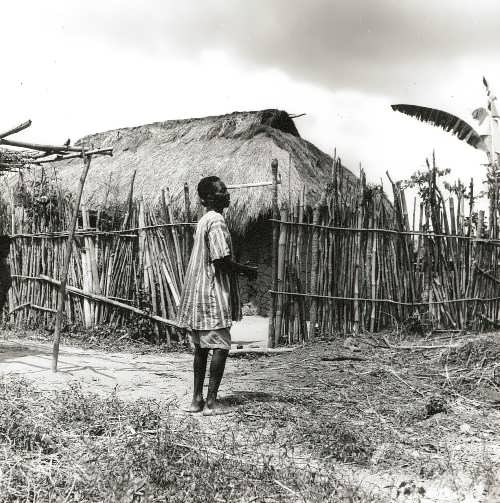 The village is in the savannah. A local resident near a fenced hut 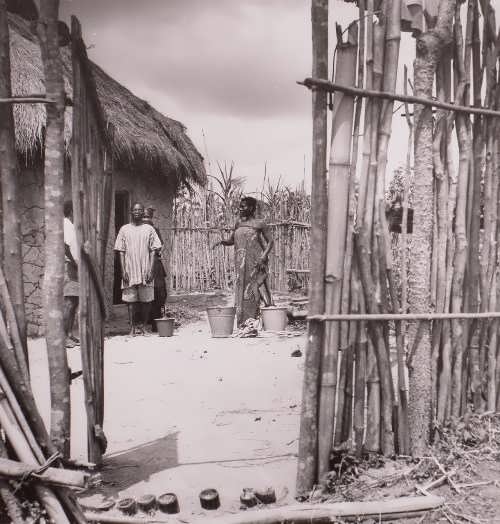 The Village in the Savannah 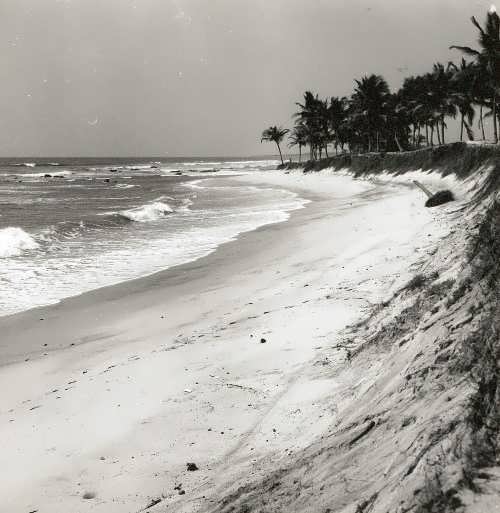 The Gulf of Guinea. Palm Grove at high tide 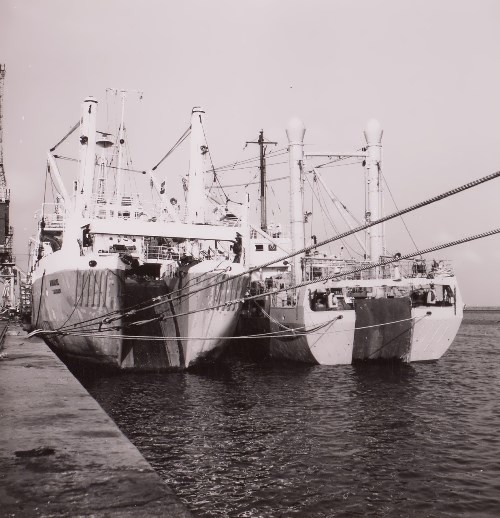 Ships of the fishing fleet in the port 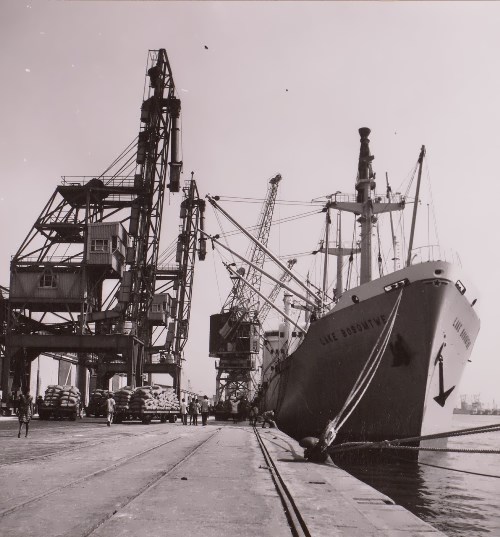 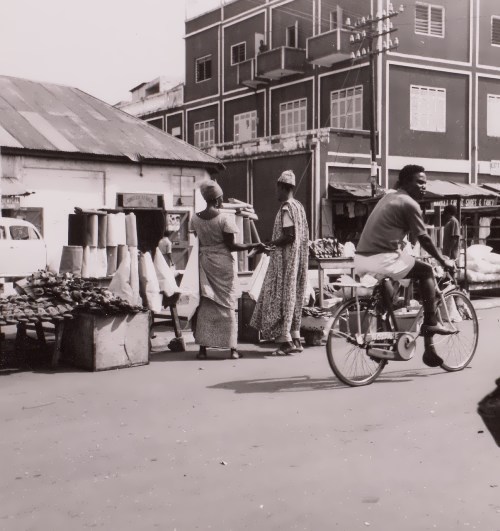 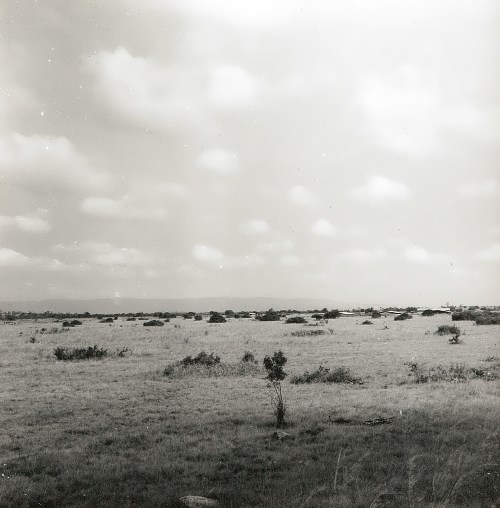 Arid savanna on the Kwahu plateau 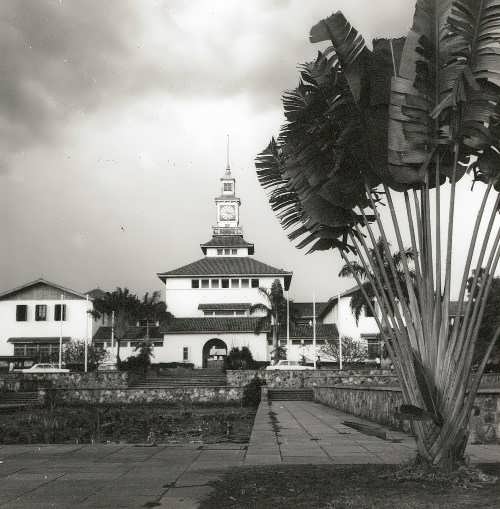 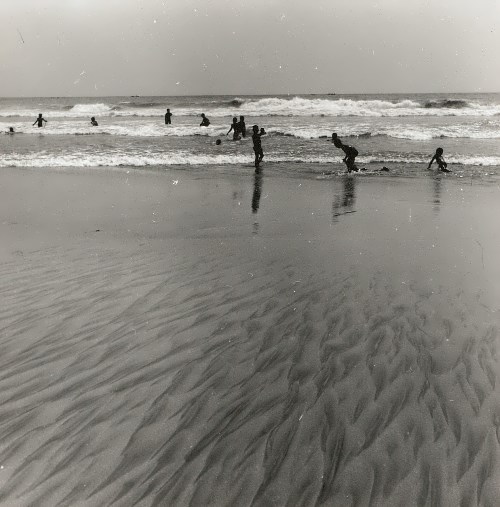 Accra. The coast of the Gulf of Guinea 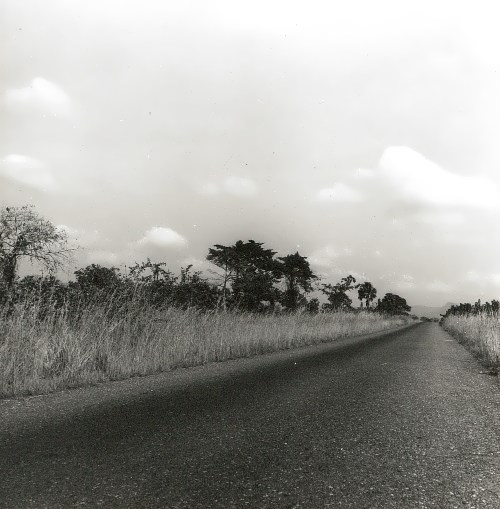 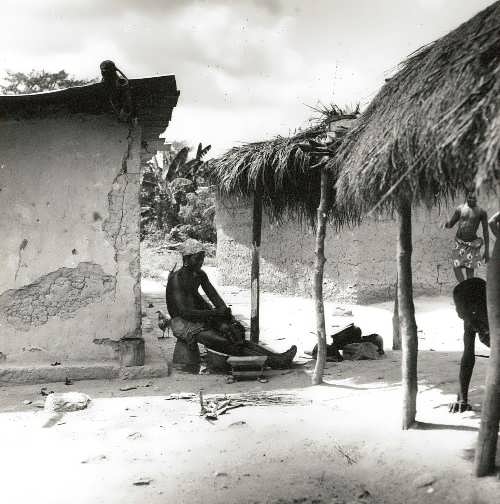 A woman washes the baby