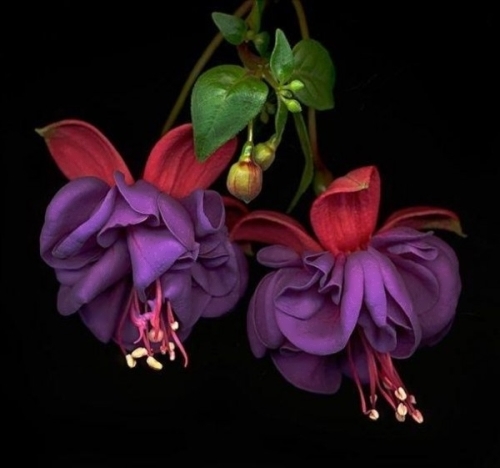 Fuchsias are known for their brightly colored, hanging flowers. They can be found in New Zealand, Central America, South America, Europe, and the United States. People grow fuchsias in gardens and window boxes. Fuchsias need to be kept away from strong winds and be protected from heat.
There are about 100 species of fuchsia. They can be small plants, shrubs, or trees. Fuchsias have very colorful flowers and come in many sizes (from 15 centimeters to 5.5 meters). Flowers can be monochrome, bi-color and tri-color.
The main part of a fuchsia flower is shaped like a tube or a bell. At the end are four brightly colored petals. The colors attract hummingbirds and insects.
South American Fuchsia triphylla was brought by conquistadors as a gift to the king of Spain.

Berries formed after flowering are edible. They have pleasant sweet-sour taste. The Indians of South America use them as meat seasoning.
Fuchsias are long-lived plants that can live from 20 to 50 years!
French botanist Charles Plumier revealed fuchsia to the world. He was the author of a large number of scientific works in the field of botany, as well as a writer, a painter and a man who was called “King of botany.” When at the end of the XVII century Charles Plumier travelled to the West Indies he found beautiful flowers unknown to the Europeans. The plant was named after Leonhart Fuchs, the “father of botany” who lived in 1501-1566. Full name of fuchsia in Latin is Fuchsia Triphylla Flore Coccinea.
There are about 4000 different species of fuchsia in Michiels Nursery, Antwerp, a city in the north of Belgium.
Saxophonist Sam Rivers named his debut album Fuchsia Swing Song.
Elegant fuchsia is compared with the ballerina.
In New Zealand, fuchsia can grow up to 10 meters and is sometimes used as a building material. 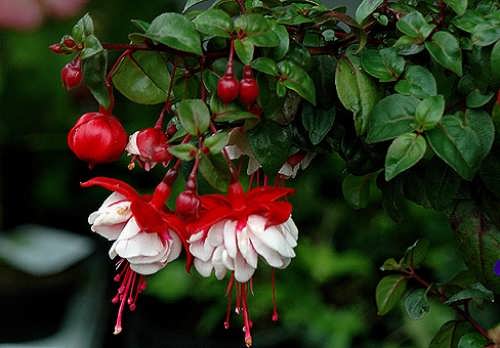 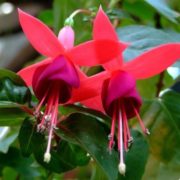 Fuchsia plants are prized for their drooping flowers 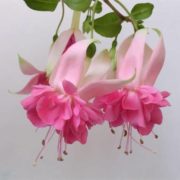 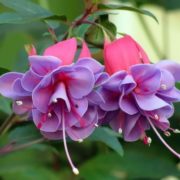 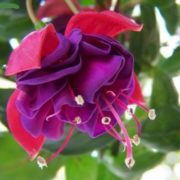 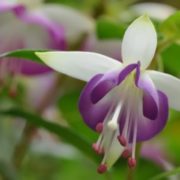 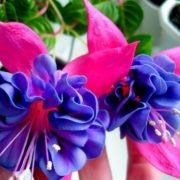 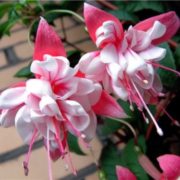 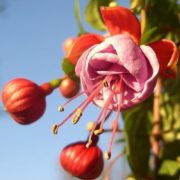 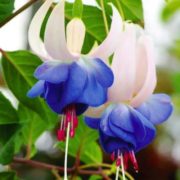 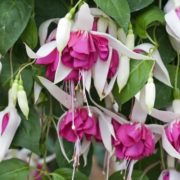 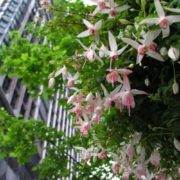 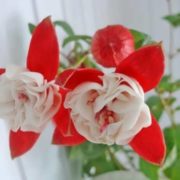 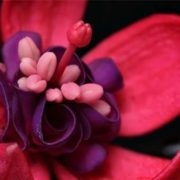 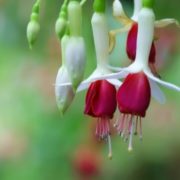 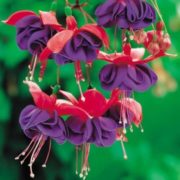 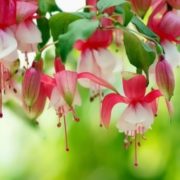