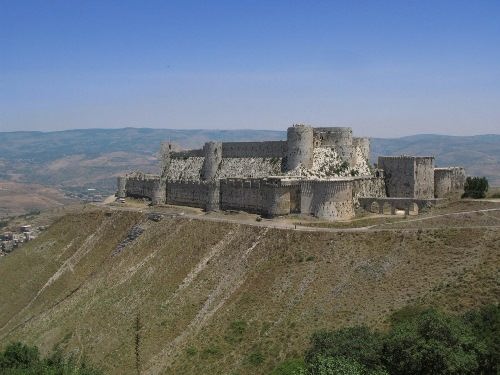 Crusades to Palestine in XI-XII centuries forced knights to build defenses on their way. The fortress of Krak des Chevaliers in today’s Syria is one of the most notable in architectural terms. Historians and archaeologists consider it to be the most outstanding military construction of the Middle Ages. In 2006, the fortress was added to the UNESCO World Heritage List of Humanity.
Pope Urban II, a Frenchman by birth, blessing the Knights in 1095 for the first Crusade, proclaimed from the steps of the cathedral, that all fighters with unbelievers would be forgiven any sins. They had to win the Tomb of Christ in Jerusalem, purify the Holy Land. Fame and wealth were ahead of them. And after death, they were ready to go to heaven. Jesus himself would be the leader in the struggle. The answer of the crown was the wild cries of ecstasy. The holy psalms began to sound and the army of many thousands people moved on a campaign to the east, to Constantinople and then Jerusalem. The procession was headed by representatives of the pope, princes, aristocrats. They were waiting for an amazing adventure, glory and wealth.

The crusaders were poorly armed, poorly trained, they suffered from a shortage of food and water. On their way the knights robbed their coreligionists, took horses, food, weapons. In the first battle with the Seljuk Turks, they suffered a crushing defeat. There were 25,000 people in their army and only three thousand survived. The rest were killed or sold into slavery.
In the summer of 1096, a new Christian army consisting of about 15 thousand people joined the surviving knights. And the campaign against the infidels continued. In the summer of 1099 the Crusaders managed to storm Jerusalem. And the mass robbery and violence began. Only after that they came to the coveted goal – the Church of the Holy Sepulchre.
Soon many of the knights decided to return home, their way was through Syria. According to the Arabic chronicles, the fortress of Hisn al-Akrad, meaning the Castle of the Kurds, built by the Arabs, was just on the way from Palestine to the west. It served as a defense against the enemies of Islam, it housed the Kurdish troops of the local emir. The fortress was on the top of a 700-meter-high hill. High stone walls protected it from arrows, the entire terrain around was clearly visible from the top of the hill. The fortress was considered impregnable; it was possible to get to it unnoticed only at night.
The knights, led by Raymond IV, Count of Toulouse, began to besiege the fortress. The battle was fierce. At the cost of great sacrifices and losses, they managed to seize the fortress and defeat the garrison.
The way home was very difficult. The battle was ahead, blood and losses were ahead, and the infamous return awaited the few survivors.
In 1142, the Order of Knights Hospitallers settled in the fortress. The purpose of the Order was to help the sick and feeble pilgrims who made pilgrimage to the Holy Land. They were instructed to guard the frontiers against possible raids by the Arab leaders. It was the Hospitallers who undertook a restructuring of the fortress. Now it began to be called Krak des Chevaliers, from a mixture of Arabic and French. Kerak in Arabic means a fortress, the Chevalier is a knight. Around the former wall a new, wider one with watch towers was built. Hospitallers settled there for centuries.
But the Arabs could not agree with the loss of Jerusalem, with the loss of the fortress. In 1188 the army of the Turks, led by the well-known leader Saladin, came to the fortress. They managed to capture one of the Hospitallers. He was brought to the walls of the fortress and ordered to shout the crusaders to open the gates. The Hospitaller shouted in Arabic that they had to surrender and then in French that they had to fight till the end. And there was the battle. Only later, in 1271, the Arabs managed to capture the fortress when the Sultan of Syria and Egypt sent a false letter to the Hospitallers, in which the Count of Tripoli allegedly ordered the soldiers to surrender the fortress.
In 2013, the fortress was captured by terrorists.
In March 2014, during the civil war in Syria, government forces occupied a fortress, destroying dozens of terrorists, and the survivors were forced to flee to Lebanon. Earlier, during one of the air raids of the Syrian Air Force, one of its towers was destroyed.
Sources: kannelura.info, vse-chudesa.ru 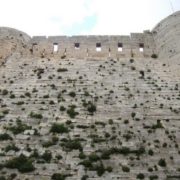 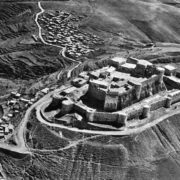 The fortress from above 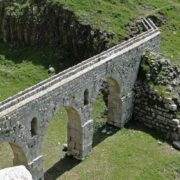 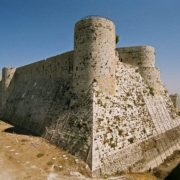 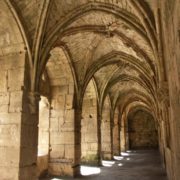 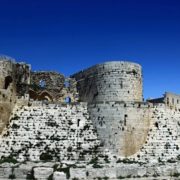 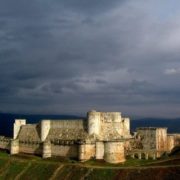 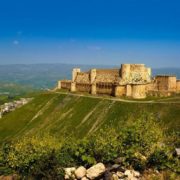 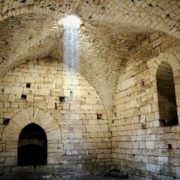 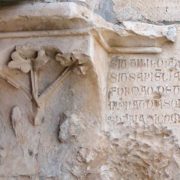 Hall of the Knights 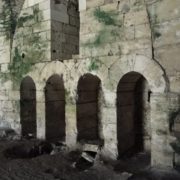 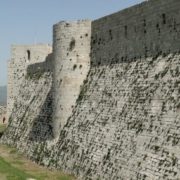 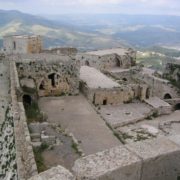 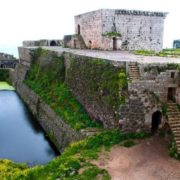 Ditch next to the fortress 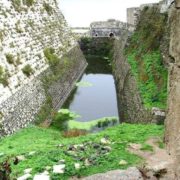 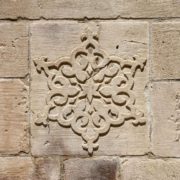 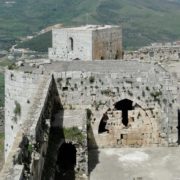 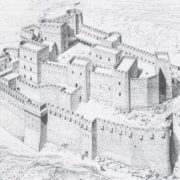 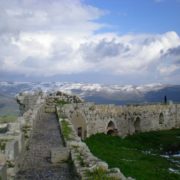 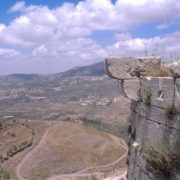 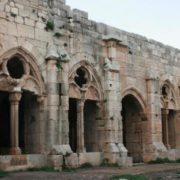 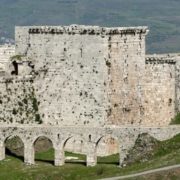 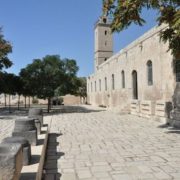 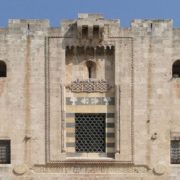