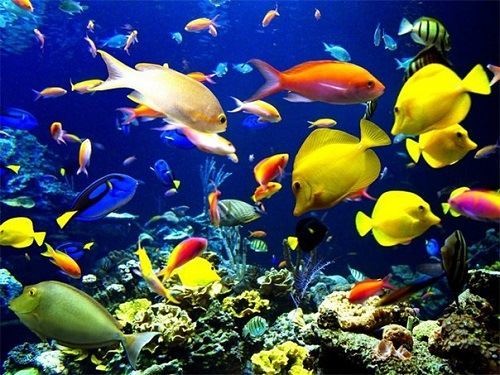 The importance of color in the underwater world is great. Today science is discovering how fish perceive differences of color and what sort of messages the colors convey. Fish use color to communicate with others of their species. They also use color in mating rituals and even to hide from their prey. Color is also a warning sign, it helps keep possible attackers away, and defend territory during mating season.

Emperor Angelfish (Pomacanthus imperator) comes in various sizes and colors. When young, it has blue and white spirals, but it develops its own appearance when it reaches maturity. Its white stripes on a blue background form concentric rings, and they grow just enough to give the adult fish magnificent horizontal yellow stripes. This helps to find a mate and define its territory. 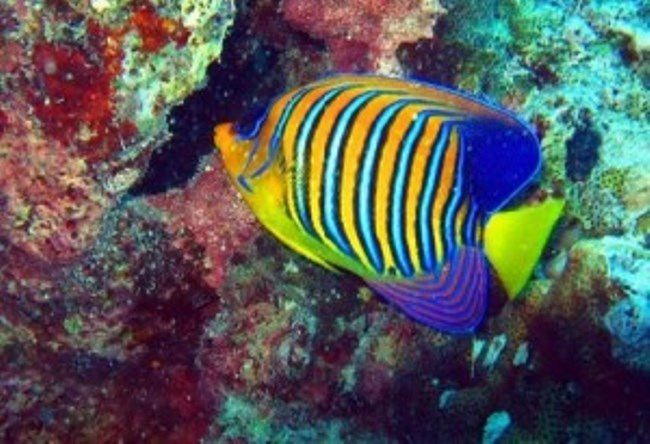 Emperor Angelfish comes in various sizes and colors. It changes shades as it matures

Siamese Fighting Fish Betta splendens – one of the most popular freshwater species. Only the males exhibit a wide variety of colors — red, green, blue, and purple, which they obviously use as a form of seduction. 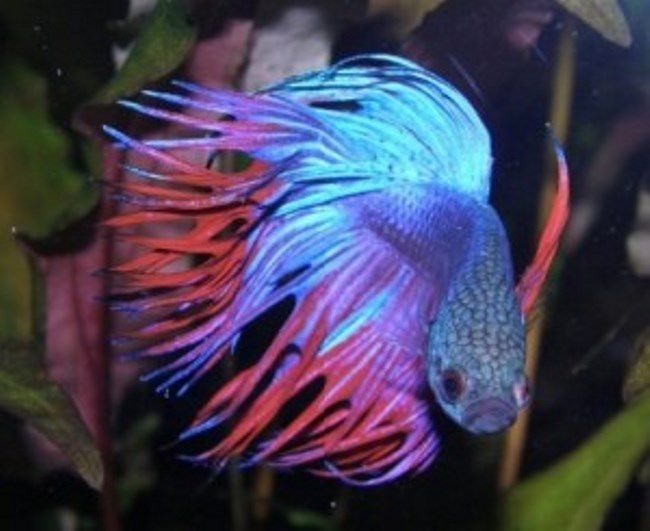 Clownfish (Amphiprion percula) is known for its intense red, orange, and white colors. It lives among anemones, a predator species that affords it protection from possible attackers. 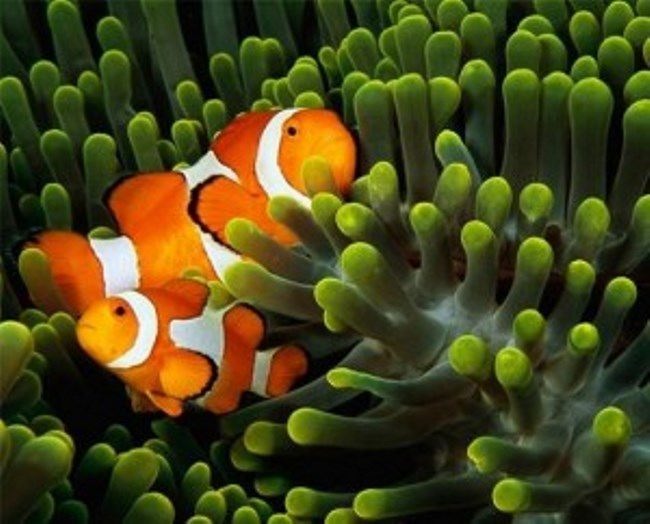 Ocellaris Clownfish (Amphiprion ocellaris) has an orange body with two white bands. It lives in coral reefs from Sri Lanka to the Philippines and north of Australia.

Fish Tiger barb can boast a variety of colors – its back is from brown to olive-green, sides with a reddish-brown tint and gloss golden scales edges. On the body – four rich-black transverse stripes. The dorsal fin is black with red top, the other fins are red. 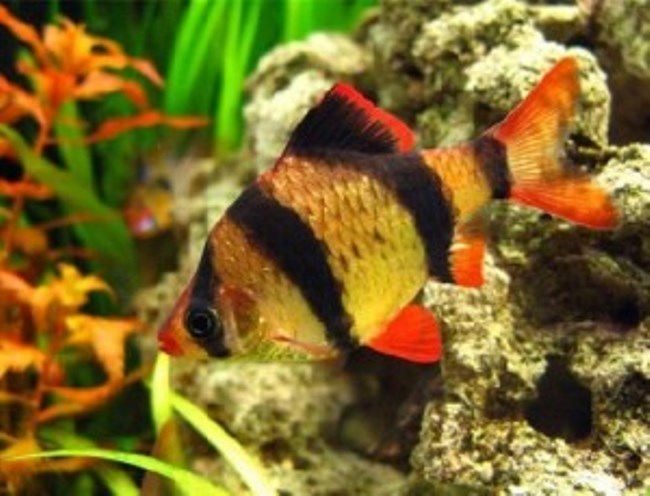 Humpback Grouper (Cromileptes altivelis) is found in southeast Asia, and its meat is considered a delicacy by gourmets. It lives in caves as a means of defense from predators. 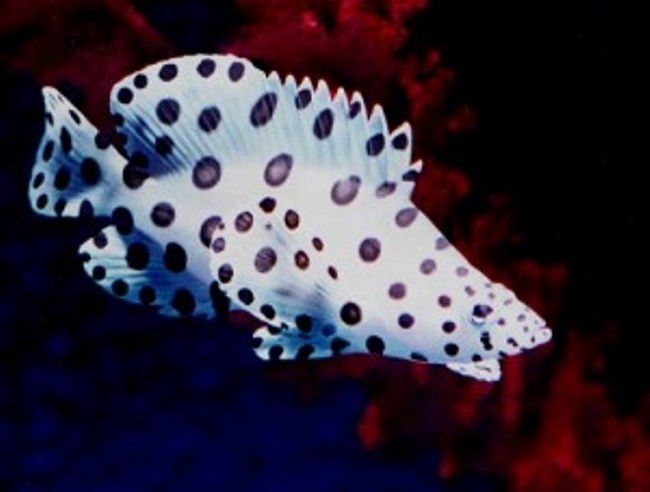 Mandarin Dragonet (Synchiropus splendidus) is one of the most beautiful fish on the planet. It comes green, blue, and yellow. This fish lives hidden among the rocks of coral reefs. 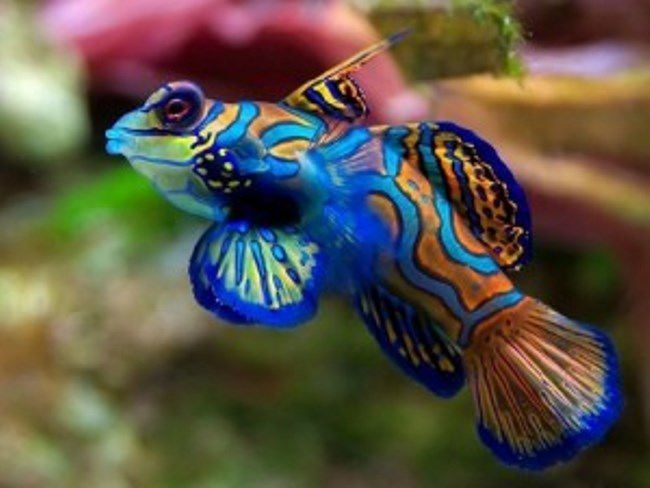 Clown Triggerfish (Balistoides conspicillum). Half of its body is black with large white spots, and the other half is nearly all black, with a group of strange black shapes with a yellow border. Its bright orange lips look like those of a clown. 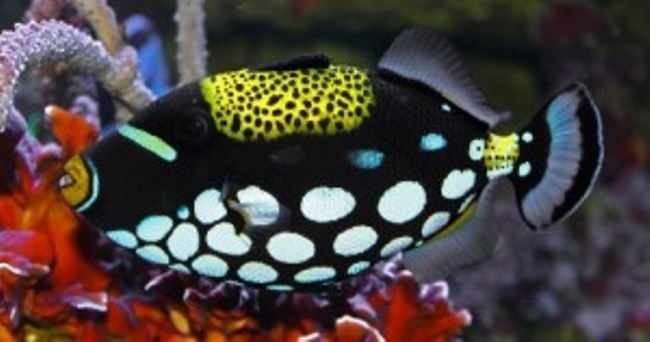 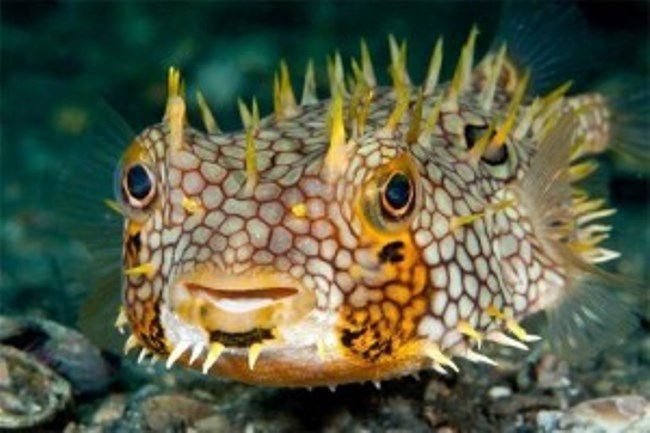 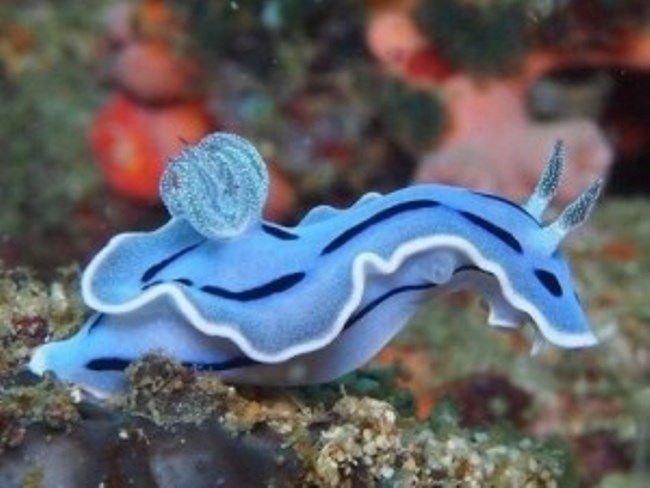 Blue Mollusca. Mollusks usually have a shell although some do not 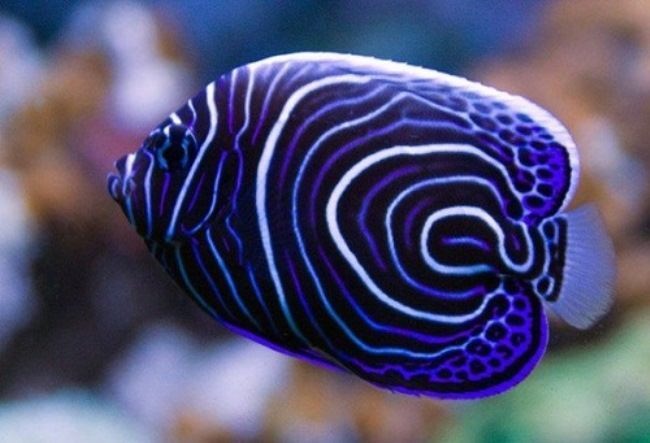 Green Leafy Sea Dragon, or sea Pegasus, or rag-picker – a fish with a fantastic plumage. Sea Dragon is a relative of seahorse. Semi-soft greenish fins abundantly cover its body and constantly sway from the motion of the water, like a leaf from the breath of wind. The green plumage allows it to remain undetected. To meet the leafy sea dragon is possible in one corner of the Earth – at the southern coast of Australia. Leafy Sea Dragon – the official emblem of South Australia. 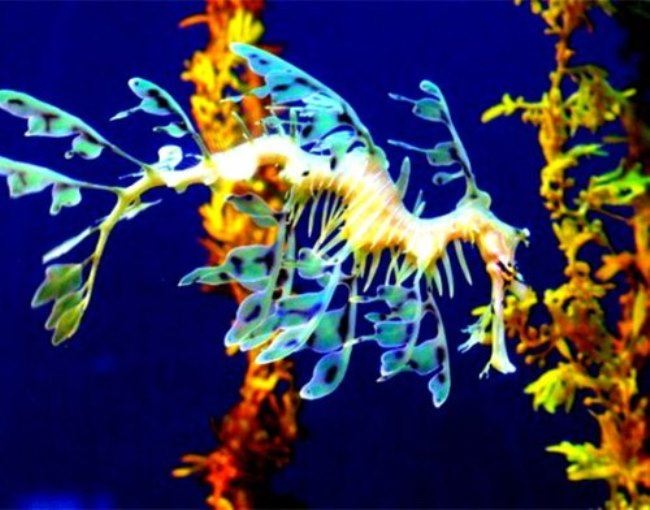 In contrast to the seahorse, which clings the tail to the algae during sea storms, the Leafy Sea Dragon doesn’t, so often dies during storms due to the fact that it is washed ashore.
Like their close relatives, the females lay up to 120 ruby red eggs, whch then are fertilized and attached in a special place under the tail of the male. During pregnancy, every morning, the couple, approaching each other arrange something like a dance of love with the change in skin color to more bright colors. In 4-8 weeks, appear small rag-pickers (exact copies of adults). Young animals after birth are completely on their own. Only 5 percent of newborns become 2-year-old adult individuals who stay in those places where they were born.
Mint of the Australian city of Perth has released the second coin of the new series of silver coins “Australian marine life – the reefs.” It depicts the Leafy Sea Dragon. Coins of nomination of 50 Australian cents minted from silver, each weighing 15.573 g, diameter – 36.6 mm, with a circulation – no more than 10 000 pieces. Image of Leafy Sea Dragon decorates the reverse of the coin, on the obverse – portrait of Her Majesty Queen Elizabeth II.
source of images: vk.com/public80237604 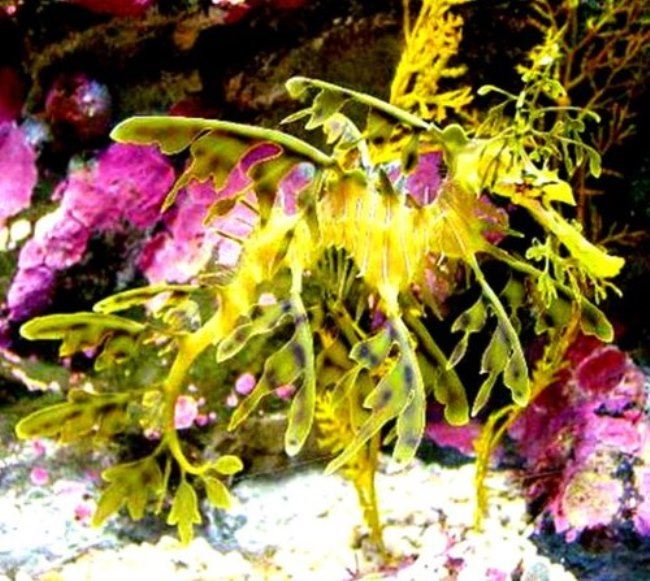 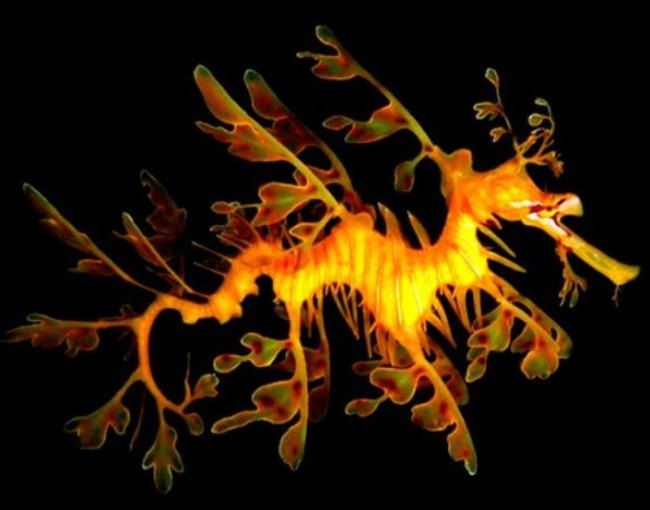 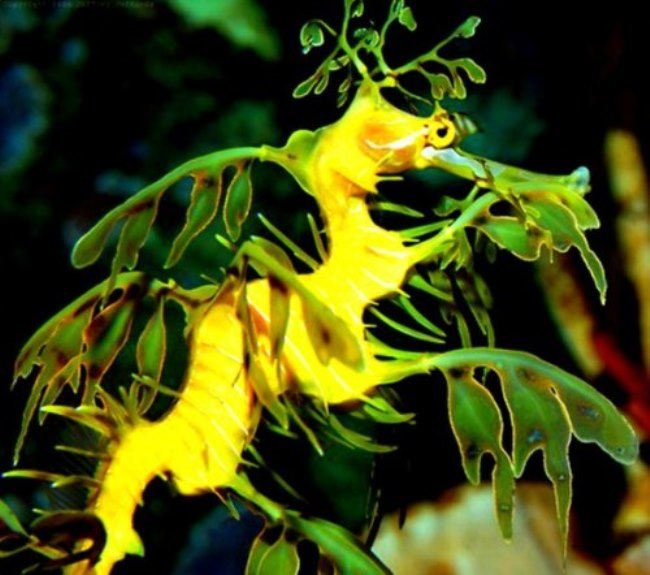 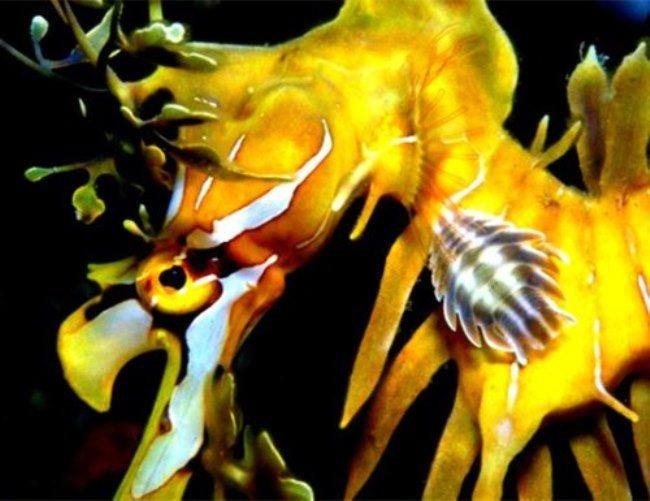