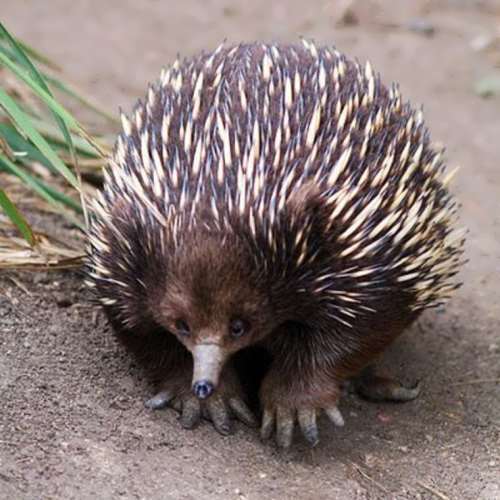 Echidna is an unusual mammal. They are the only living mammals (along with their relative the platypus) that lay eggs. These animals are also called spiny ant-eaters. They are found only in Australia, New Guinea and the islands located in the Bass Strait.
There are three species of echidna. The short-nosed echidna is common in Australia and on the island of Tasmania. Two species of long-nosed echidna live only on the island of New Guinea.
Echidnas have brownish fur with spines. Their feet have strong claws that are good for digging. They have a long, sticky tongue. Echidnas have no teeth. 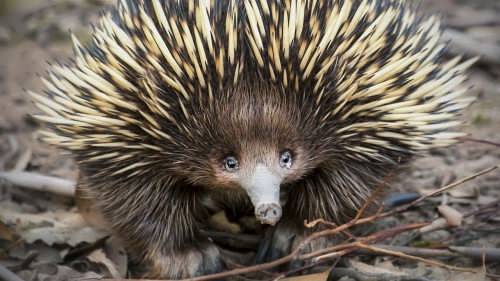 Interesting facts
– They are excellent swimmers, despite their, seemingly clumsy and ungainly body.
– Echidna is one of the oldest mammals on Earth. Their family was formed about 180 million years ago in the late Jurassic period.
– Echidnas are mostly solitary. They live in their territory and protect it from the attacks of their relatives. Only in winter during the mating season females enter the territory of the males.
– The adult echidna is covered with sharp and long spines that are impressive and reliable natural protection from predators. In case of danger echidna digs a small hole in the ground and gets into it, only the spines remain on the surface. If there is no shelter, and the ground is hard, then it rolls into a ball, like the hedgehog.
– Echidna has the lowest blood temperature of all mammals. If necessary, they can reduce their temperature to four degrees Celsius. This helps them to reduce energy consumption to a minimum and to survive harsh times. They may survive without food for about a month. 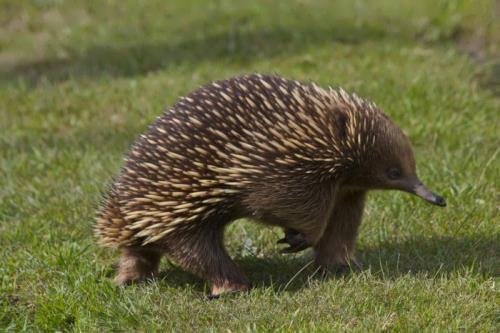 – The males of short-nosed echidna have special venomous spurs.
– Echidna lives very long. Some individuals reach the age of more than fifty years.
– Australian Aborigines hunted echidnas, as their meat was considered a delicacy. To hunt them, they used domesticated dingoes – natural enemies of echidnas.
– In Greek mythology, Echidna was a monster, half-woman and half-snake, who lived alone in a cave. 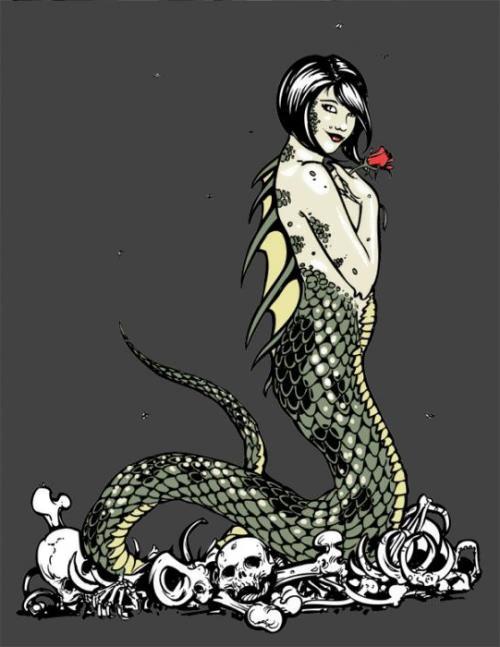 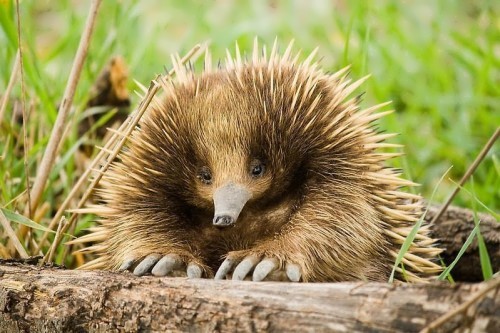 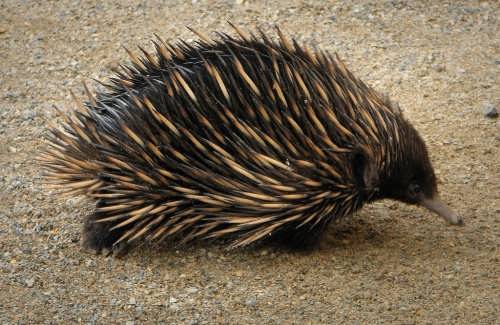 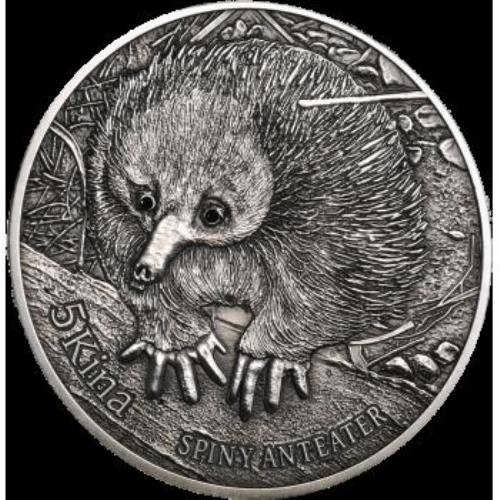 Echidna on the coin 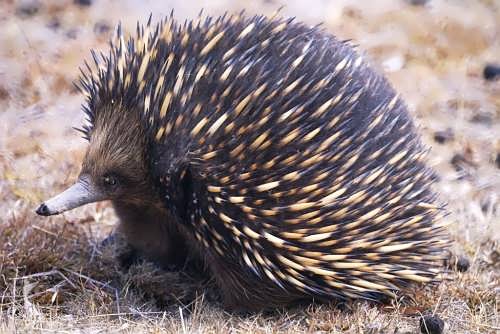 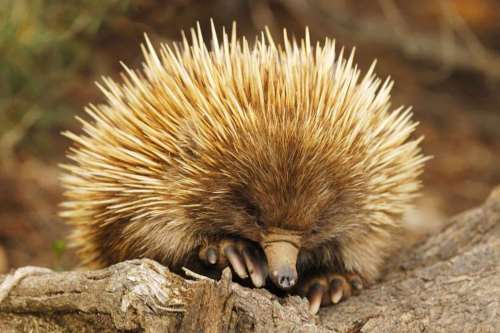 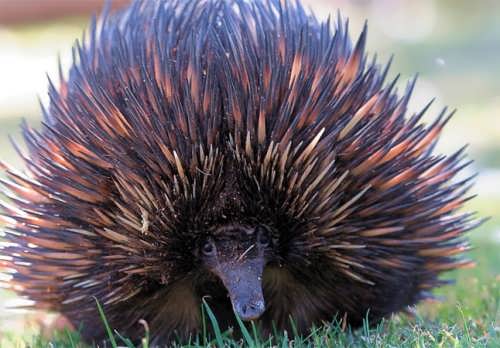 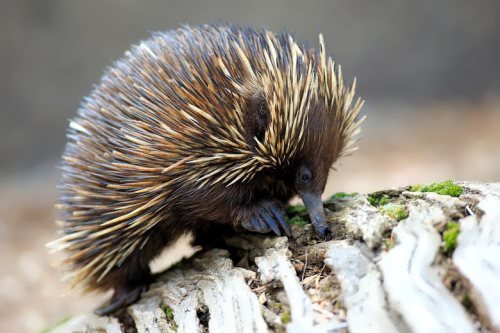 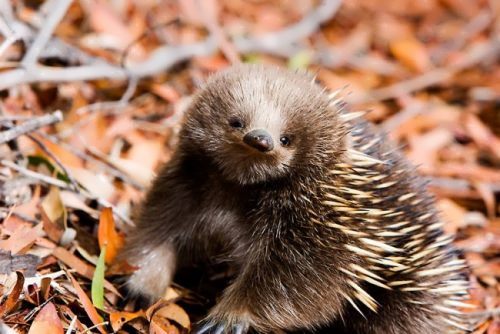 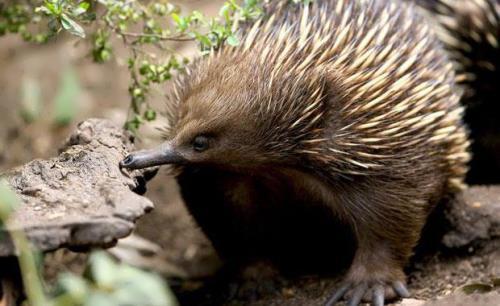 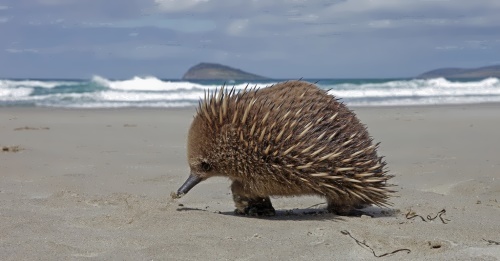 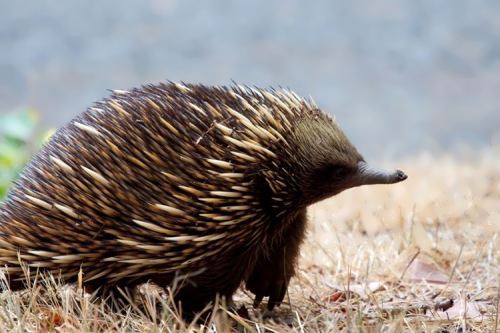 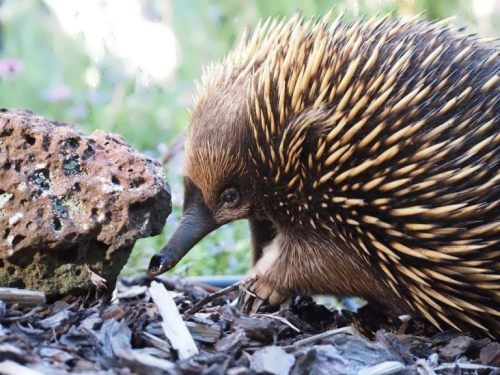