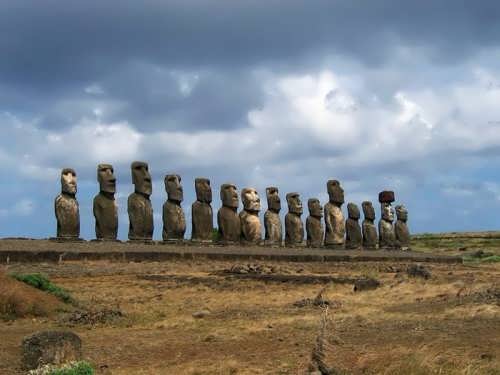 Easter Island is located in the eastern part of the Pacific Ocean. Today it is a part of Chile. The people who live on the island call it Rapa Nui. The first European visitors were the Dutch and they named it Paaseiland, meaning “Easter Island”, because they arrived there on Easter Sunday.
The island is only 14 miles long and 7 miles wide. It is world famous for its huge stone statues, moai. There are more than 600 moai that were carved after about AD 700. Many people believe that the statues honored important people who were revered as gods after their death. The statues average about 13 feet in height, 5 feet in width, and weigh an average of 14 tons.

The platforms are called ahus.
In 1722 the Dutch explorer Jacob Roggeveen reached the island. 50 years later British explorer James Cook arrived there. Cook called the statues “monuments of antiquity” in his notes. Islanders told Captain Cook and more modern visitors that the moai walked from the quarry to their sites on the ahus. 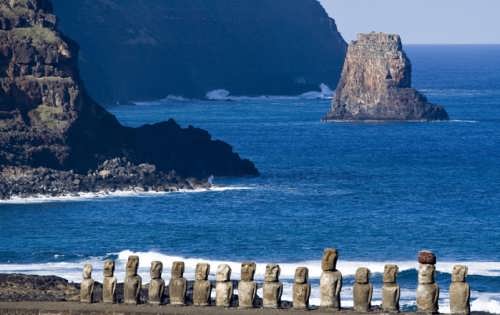 There are three extinct volcanic peaks, and the highest is Maunga Terevaka at 652 m. Two of the volcanic peaks have lakes in their craters that are sources of fresh water.
The island was formed by volcanic eruption on the Nazca Plate in the last 2 to 5 million years.
There have never been any native mammals but there are indigenous insects, one species of lizard and several land birds, though at least six of the latter have become extinct from human impact.
Tourism is a major source of work and income.
There is one more intriguing puzzle – an ancient writing Rongorongo. Signs engraved on the smooth surface of the tablets – the winged people, strange two-legged creatures, boats, frogs, spirals and many more – are surprising scientists. Now there are 25 tablets in the world’s museums.
Scientists still have debates about the nature of this mysterious writing. 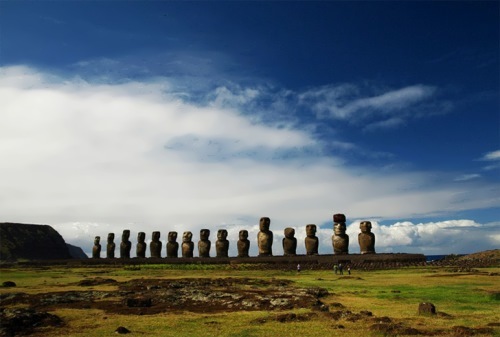 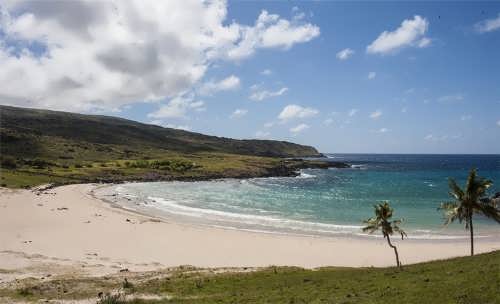 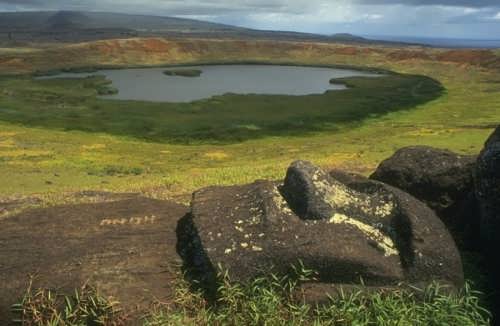 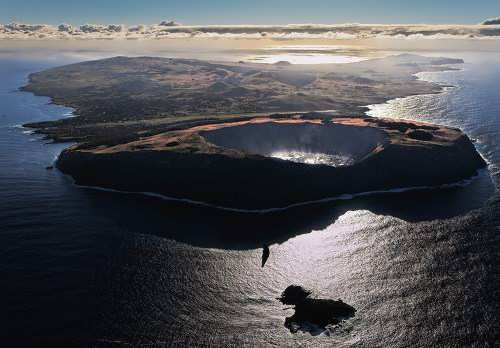 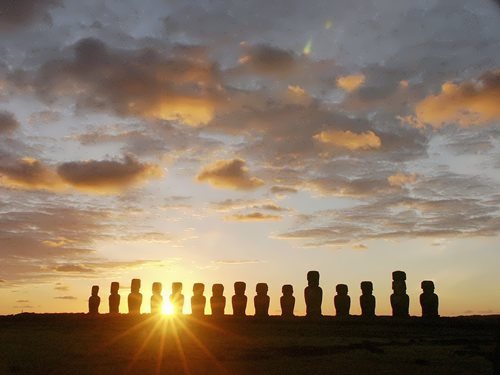 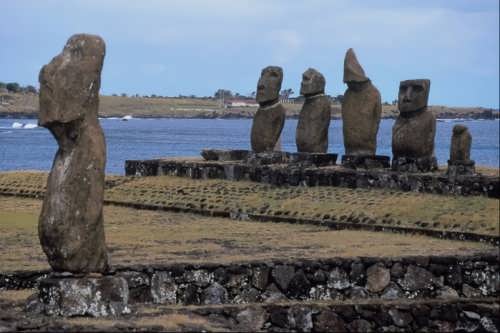 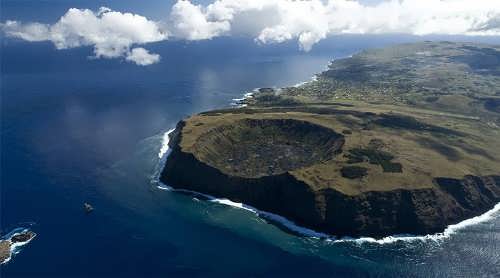 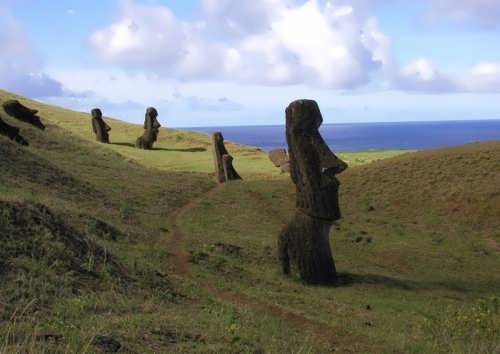 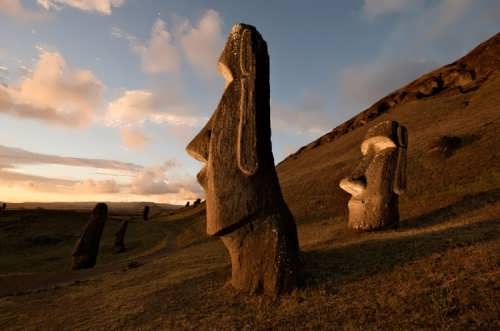 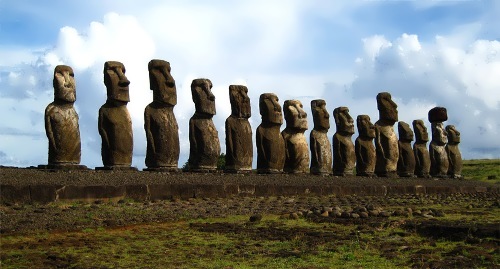 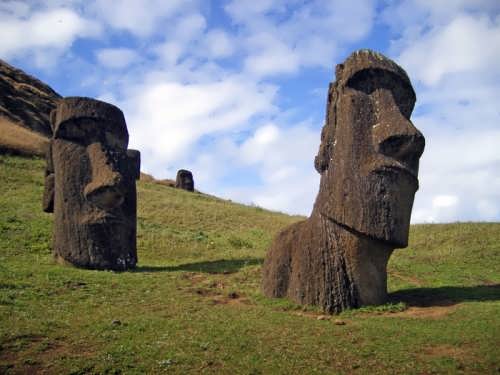 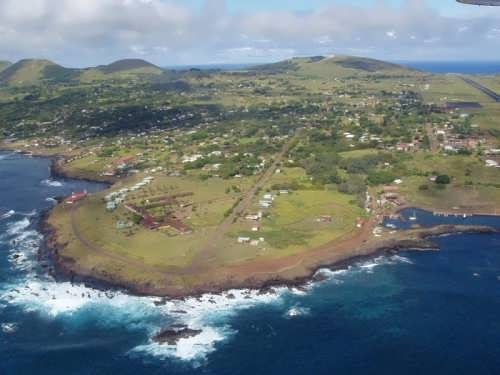 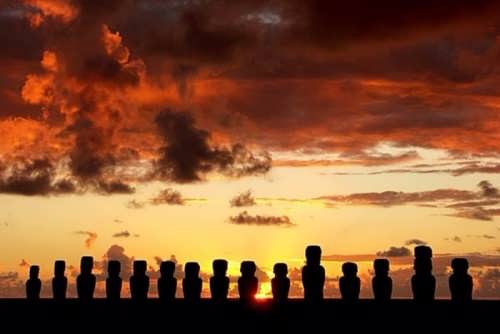 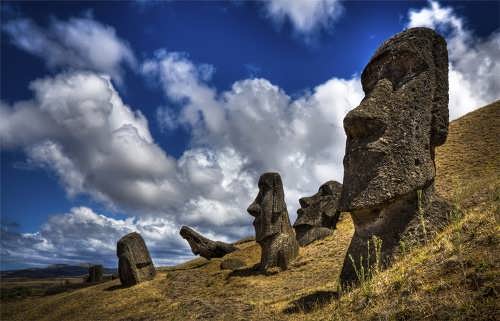 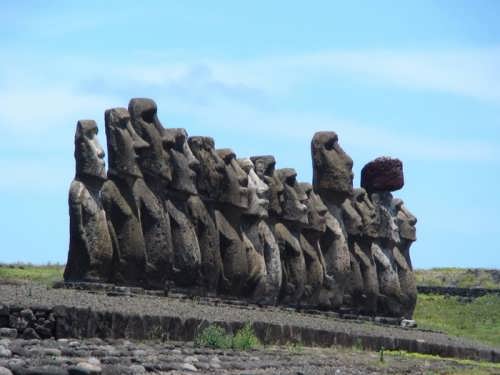 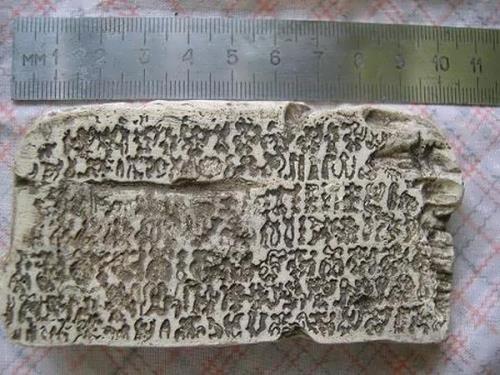 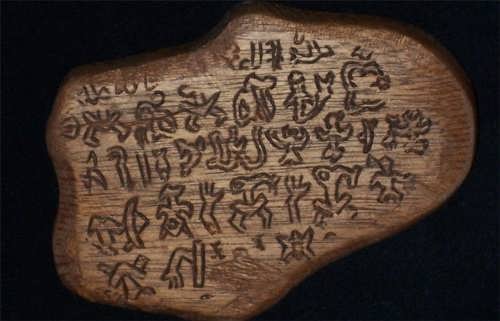 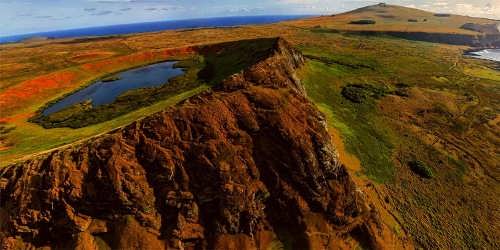 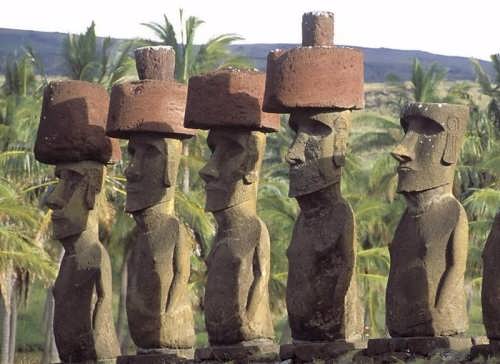