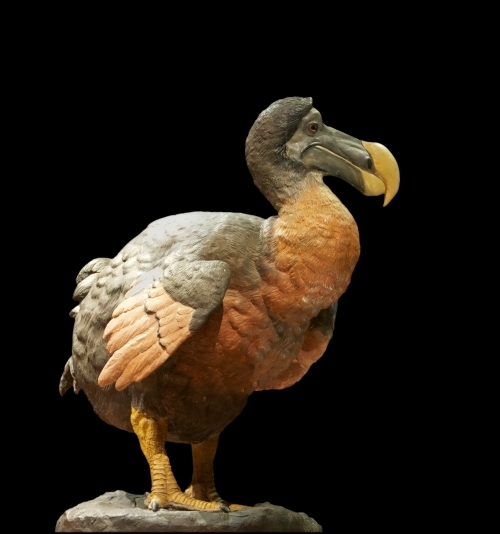 Dodo (Raphus cucullatus) is one of the best-known extinct species. This flightless bird lived in the Indian Ocean island of Mauritius and disappeared around 1680.
Dodo was a member of the dove or pigeon family, about the size of a large turkey. It was a grayish white bird with a huge black-and-red beak, short legs, and small wings. They did not have natural enemies. However, in the early sixteenth century humans discovered the island. European sailors hunted birds for food. The Portuguese found a tropical paradise in Mauritius. There was a unique collection of strange and colorful birds: parrots and parakeets, pink and blue pigeons, owls, swallows, thrushes, hawks, sparrows, crows, and dodos. The birds weren’t afraid of humans and became easy prey for sailors. In 1598 the Dutch followed the Portuguese. In 1644 the island became a Dutch colony and people decided to eradicate the birds, despite the fact that they were not pests. By 1680 the birds were exterminated. So, it took people less than 100 years to destroy them.

Those strange creatures came to the island 40 million years ago. Apparently, once they were able to fly. Before the breeding season dodo lived alone. After mating, the birds became ideal parents, because they made every effort to protect the offspring.
Dodo ate buds and leaves, fruits of Latania palms. There were “dodo trees” on the island. 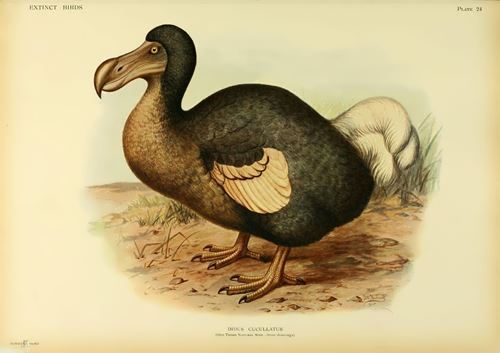 Sailors tried to keep birds in captivity, but they cried, refused any food and were dying of starvation. Dogs, pigs, ship rats and cats brought on ships ate dodo’s eggs.
Image of dodo is on the coat of arms of Mauritius.
Scientists from Oxford University conducted a series of experiments related to the genetic reconstruction of the dodo. 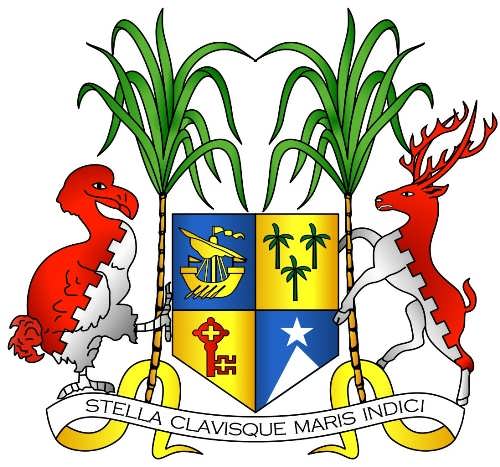 Coat of arms of Mauritius 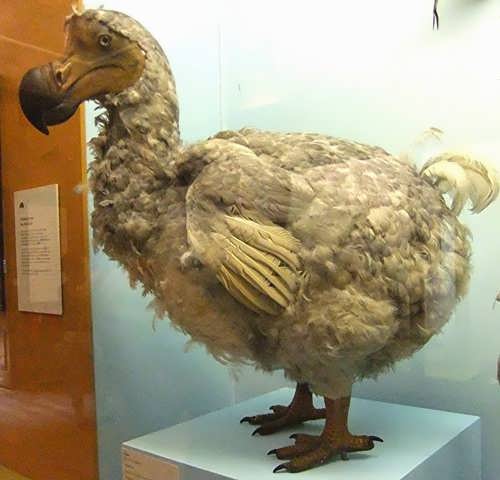 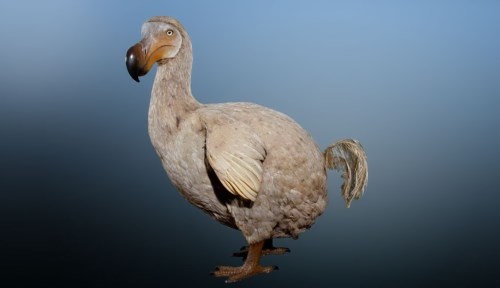 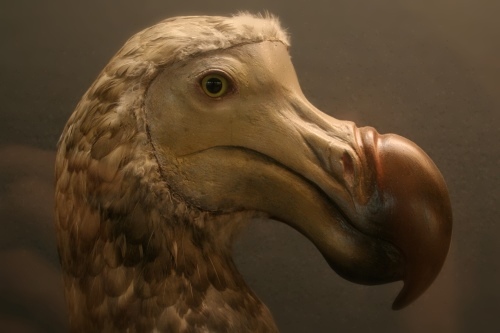 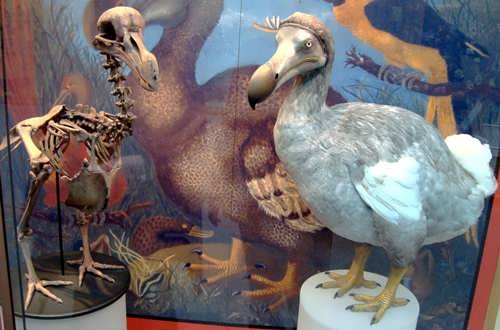 Dodo in the museum 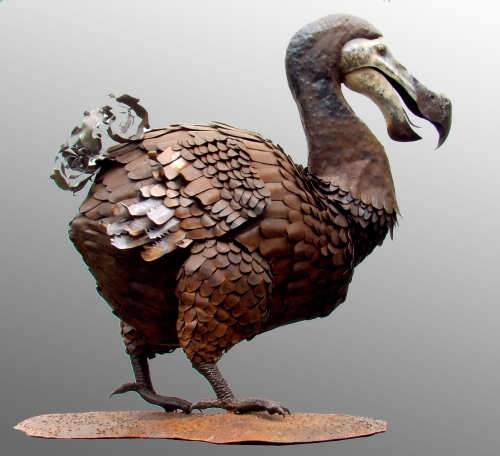 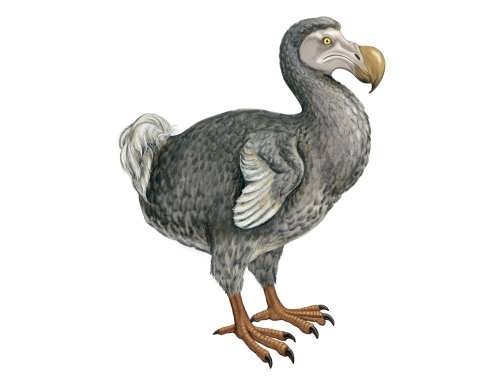 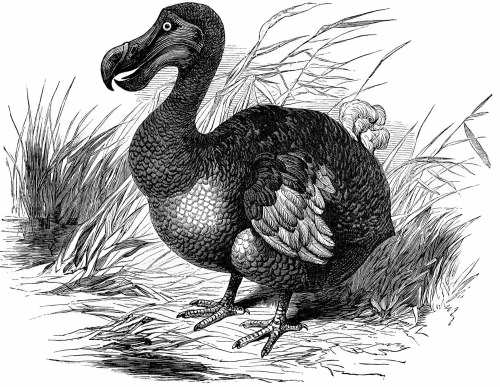 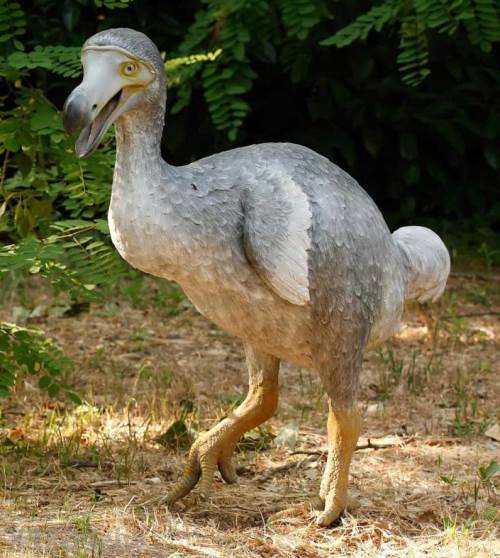 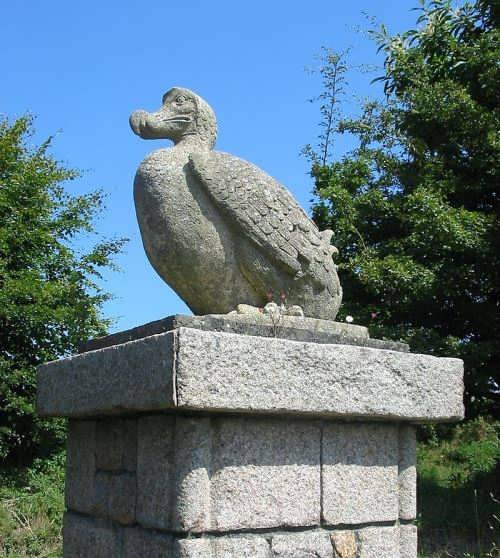 Monument to Dodo in Jersey Zoo 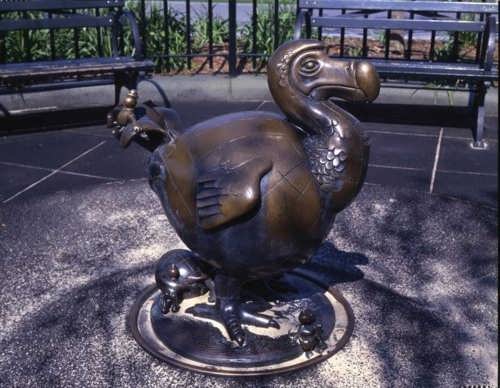 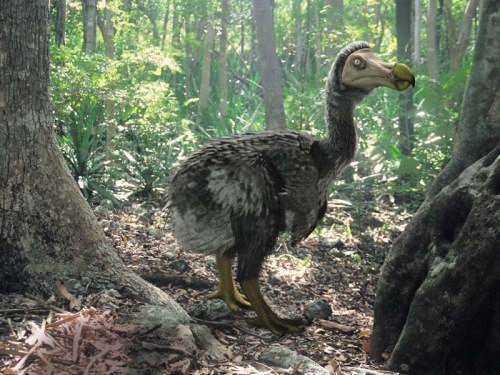