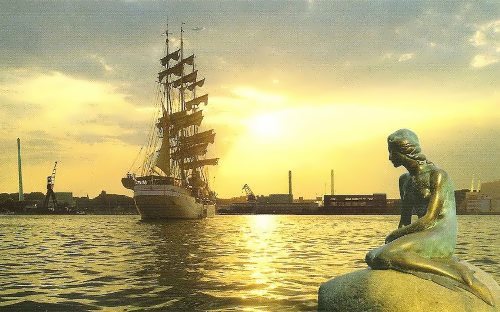 In the history of art, there are fictitious heroes who have a huge impact on the real life of people. Little Mermaid, courageous and faithful to her love for Prince, is a very touching heroine from the immortal tale written by Hans Christian Andersen almost 200 years ago. And there was nothing surprising that the Danes decided to erect a monument to their heroine in the capital of Denmark – Copenhagen. But mysterious and tragic events began to take place around the bronze Mermaid.
In Andersen’s fairy tale the Little Mermaid dreamed of meeting people, getting to know them better. She swam to the ports and looked at ships, sailors, and city lights at night.
In 1913 the bronze Mermaid got her rightful place in the port of Copenhagen – at the entrance to the harbor. Finally, her dream came true: she was in a mysterious, exciting world of people. The fragile bronze figure became the emblem, the symbol of the Danish capital.

Brewer Karl Jacobsen financed the creation of the monument. Young sculptor Edvard Eriksen became the creator of the Little Mermaid. The sculpture appeared in the harbor of Copenhagen on August 23, 1913 and became the most beloved sculpture not only in Denmark, but throughout Europe. Not many tourists know that this monument is not only a tribute to a beloved fairy tale heroine, but also a tribute to Love itself. Ericksen’s beloved young wife – Eline Eriksen (stage name – Ellen Price) posed to the sculptor. She was a famous ballerina, soloist of the Royal Opera and Ballet Theater. 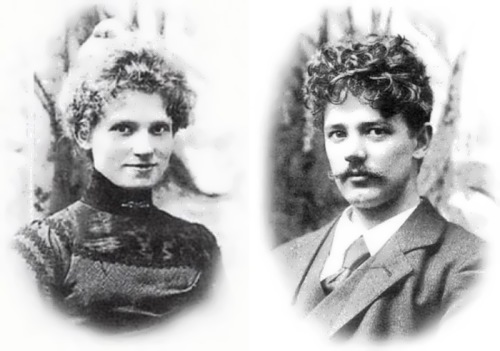 People loved the Little Mermaid and on April 25, 1964 they saw the most serious crime: she was executed – her head was cut off.
The authorities promised a reward for the capture of the criminal and the find of the head of the unfortunate sculpture. Alas, there was no result.
It was necessary to cast a new head for the statue. Luckily there was a plaster mold made by Eriksen in the Copenhagen Museum of Fine Arts. This was a true miracle. Then a second miracle happened: the son of a sculptor was found.
A month later the statue was reopened. Touched citizens brought a lot of flowers. 85-year-old Eline Eriksen was invited.
However, vandalism didn’t stop. In the summer of 1964 someone tried to saw off her hands. In 1976, the tail was wounded. In 1984, they managed to saw off her hands. In 1990, they wanted to saw off her head, but could not. In 1998, her head was cut off. Fortunately, the head was found. In 2003, the statue was dropped from the pedestal. In 2004, the poor girl was dressed in Muslim clothes. 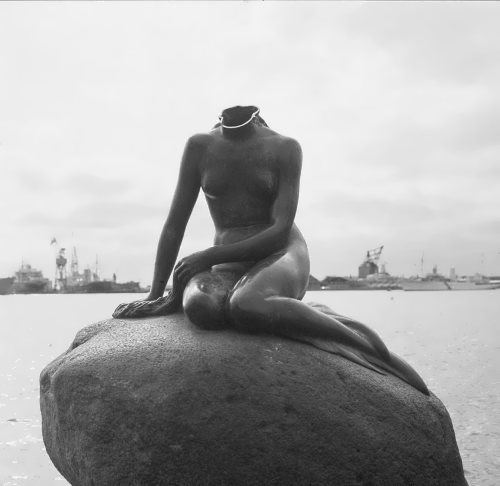 However, the bronze Mermaid is not the only sculpture which has become the victim of vandals. As early as the beginning of the 16th century, when the great Michelangelo was just beginning to sculpt his “Giant” (as he called “David”), he received letters with threats. When the sculpture appeared on the main square of Florence, Michelangelo and his friends had to guard it at night as the crazed crowd tried to break the statue more than once. In 1527, David’s right hand was broken. In 1873, they broke the hip. After that, the statue was transferred to the Academy Museum Hall. But even there they attacked the marble Giant. In 1990, a distraught man shattered toes on his left leg.
Michelangelo’s Pieta was also attacked. Just imagine, the vandals rushed to the Mother of God holding her Son. The most infamous attack was in 1972, when one of the spectators rushed to the sculpture with a sledgehammer. Since then, Pieta is closed with a sarcophagus of impenetrable glass.
Destroy the Little Mermaid 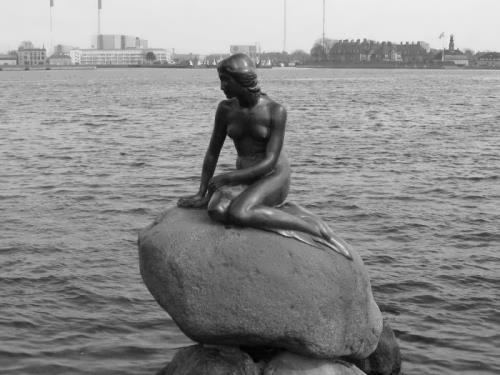 Most of the attacks were made by … artists. For example, artist Jørgen Nash beheaded the Little Mermaid in 1961 and drowned her head in one of the lakes of Copenhagen. In 1972, Hungarian emigrant Laszlo Toth, also an artist, attacked Michelangelo’s Pieta. And David was attacked in 1990 by sculptor Pierre Kanata.
So what happens? The destruction of monuments by mentally abnormal people? Or is it the battle of Evil with Good? The ancients said: to defeat people, it is necessary to destroy their gods. But the great works of art are the original gods of our civilization. So, maybe someone wants to destroy human civilization? Maybe someone wants people to stop being people, to stop believe in Love, Beauty and Self-sacrifice… 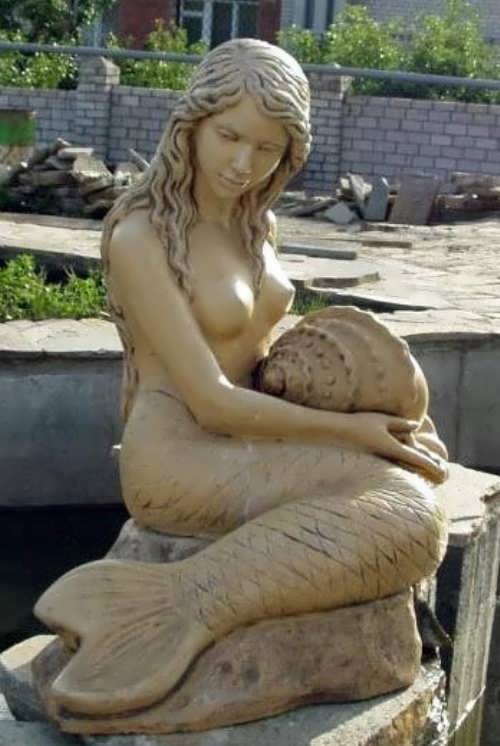 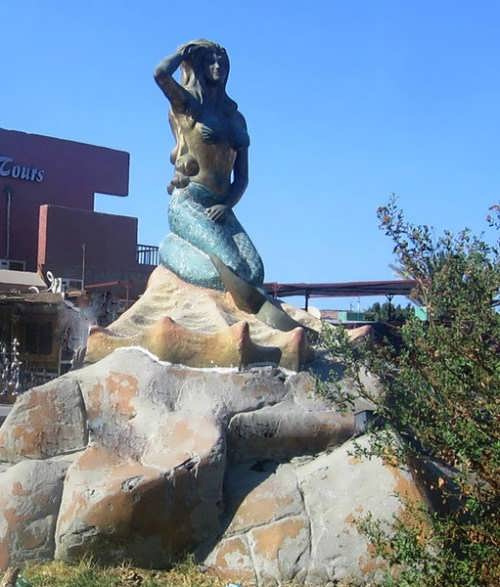 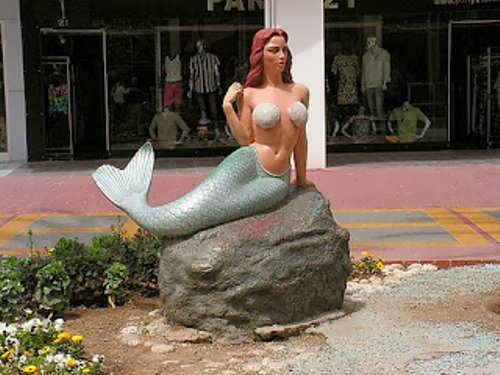 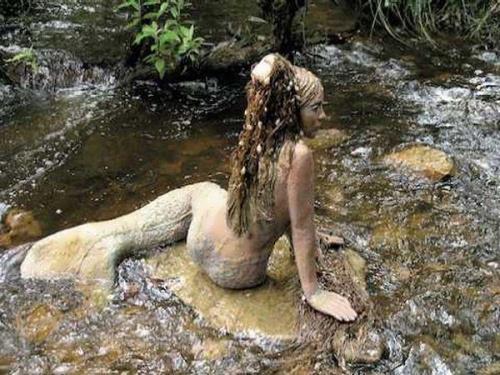 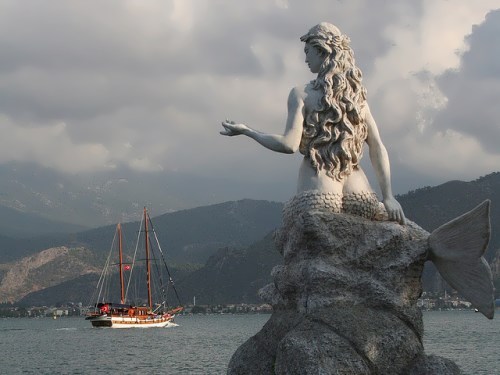 Monument to the mermaid in Fethiye, Turkey 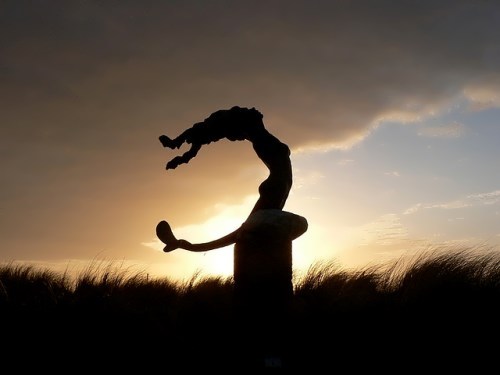 Monument to the mermaid in Noordwijk-Binnen, Netherlands 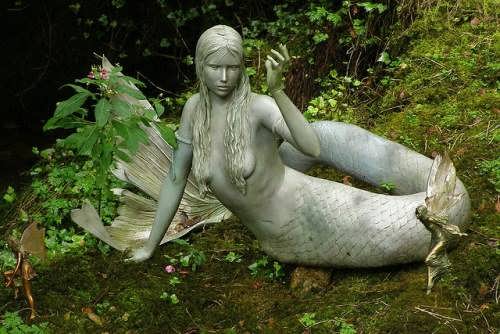 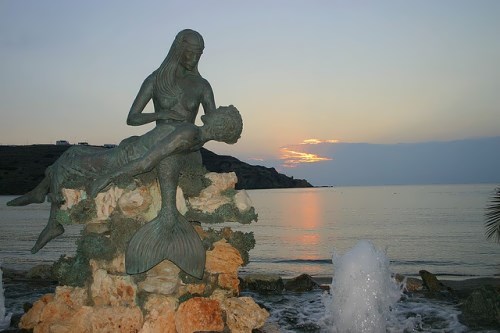