Condors are New World vultures that are among the largest of flying birds. There are only two species, the Andean condor and the critically endangered California condor. They have black or dark brown plumage with white patches on the underside of the wings. They have a sharply hooked beak.
The condor is a scavenger; it means that condor feeds mainly on carrion, preferring the carcasses of deer, cattle, or sheep. It will also attack and eat rodents, fish, and birds. Condors can soar for hours over the ground in search of prey, but are able to do without food for days.

The California condor, or California vulture, is the largest bird in North America. It measures 114 to 140 centimeters long and weighs between 9 and 11 kilograms. It has a wingspan of about three meters. Its plumage is a dull gray–black. A diamond–shaped white patch appears on the underside of its wings. The bird’s neck and head are bare.
The California condor is an endangered species. The condor’s rarity has made their eggs a valuable commodity for unscrupulous collectors. 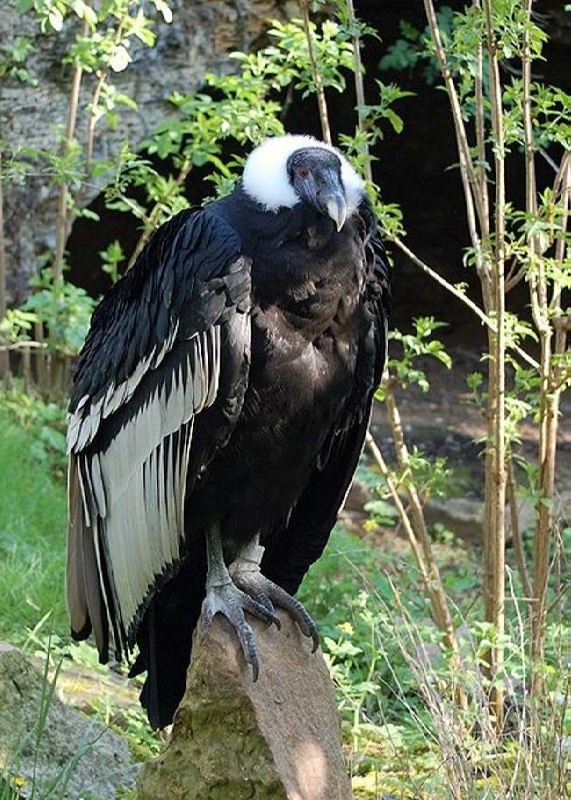 A male and female mate for life. The female lays one large egg. Both parents incubate the egg for 50 to 56 days until it hatches.
California condors prefer to nest in caves or on rocky cliffs in mountainous terrain and to roost on tall trees and rocky outcrops.
The range of the Andean condor extends throughout the high Andean Mountains. It can fly over the highest peaks. Its lifespan is up to 50 years. The bird’s weight is up to 15 kg.
Writer Jules Verne had a fantasy that condors could steal cattle and even people.
The Incas considered the condor to be a symbol of strength and health and made medicinal powders from its bones and feathers.
Scientists have discovered images of the Andean condor on the walls of the caves of Latin America. The age of such rock paintings is at least two and a half thousand years. 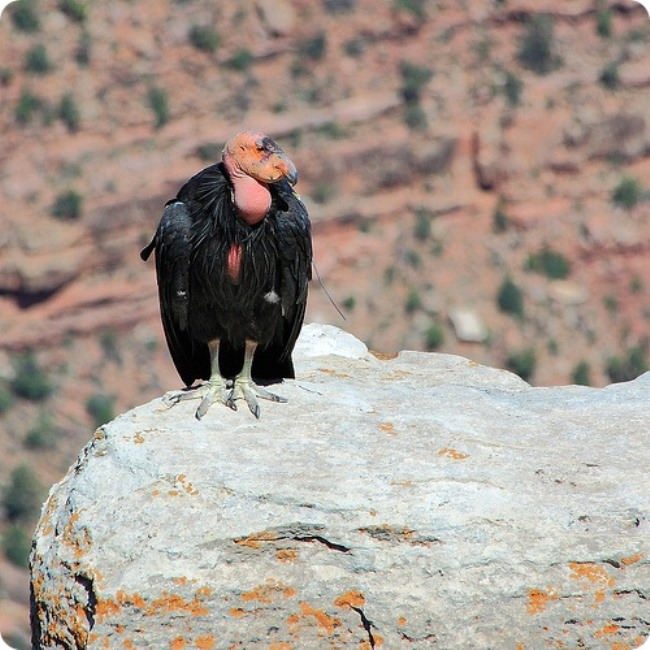 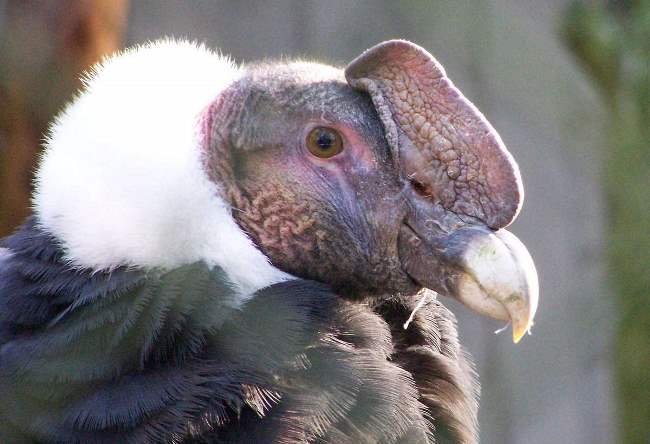 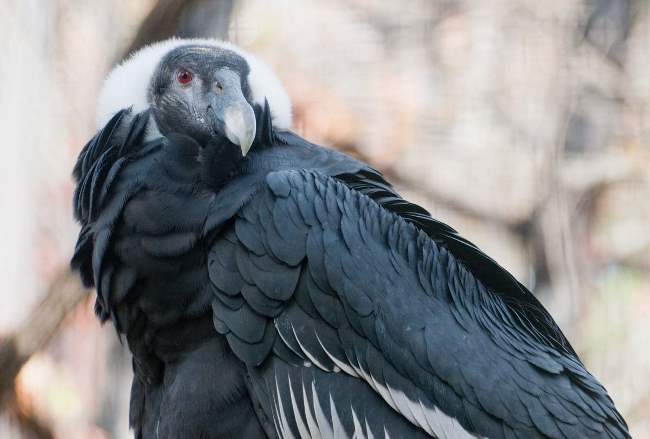 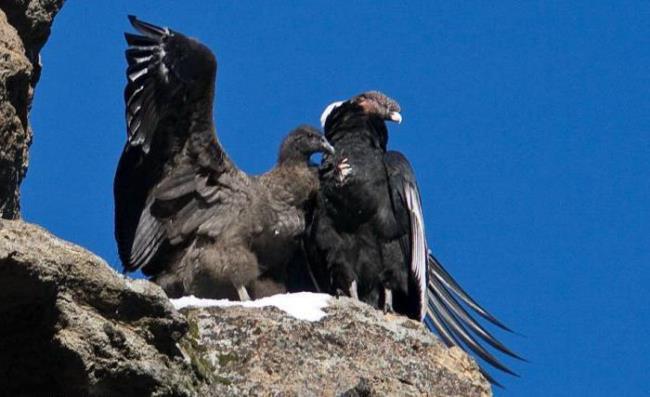 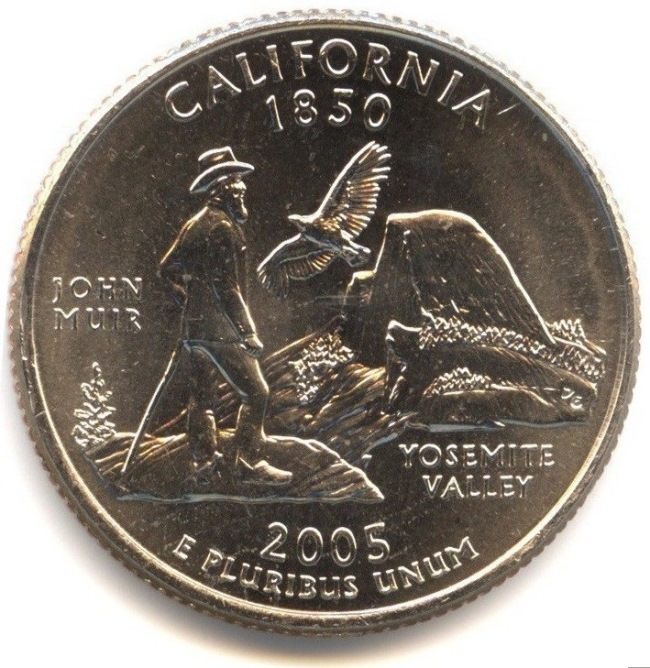 Condor on the coin 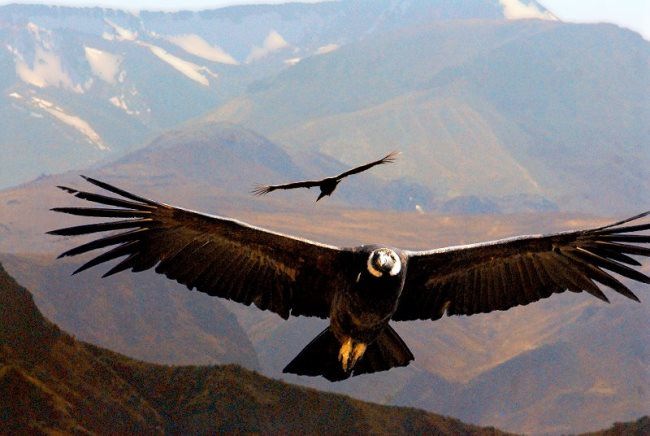 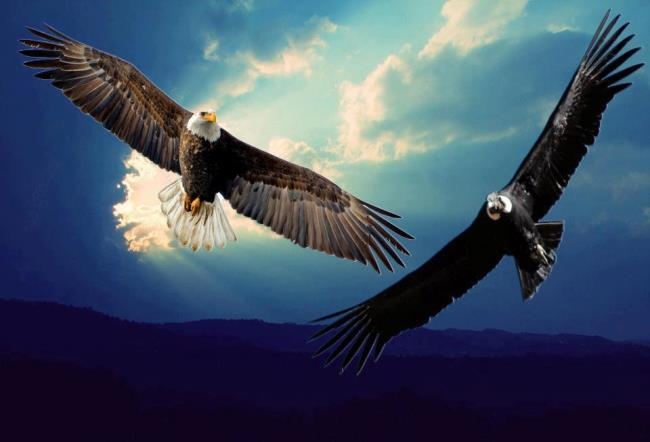 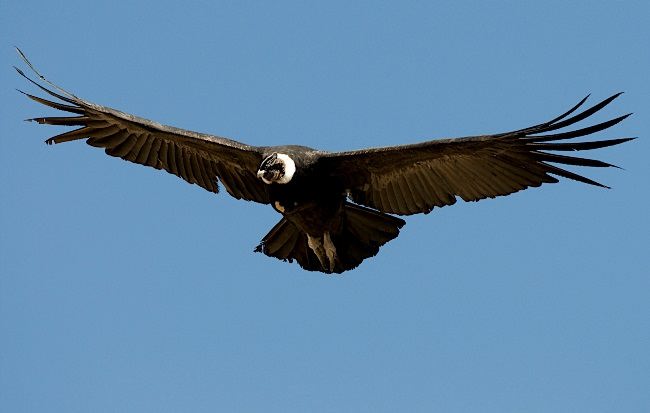 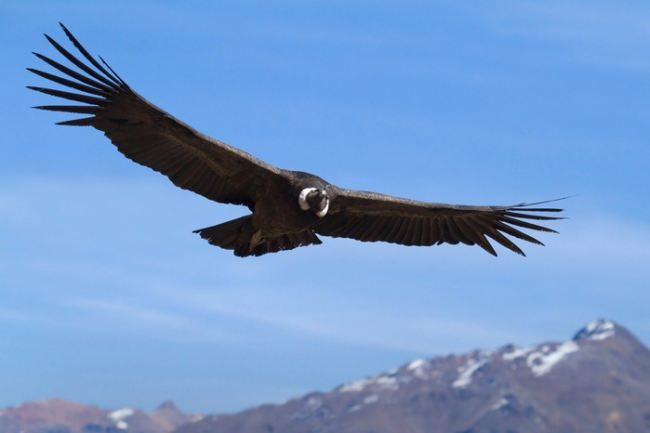 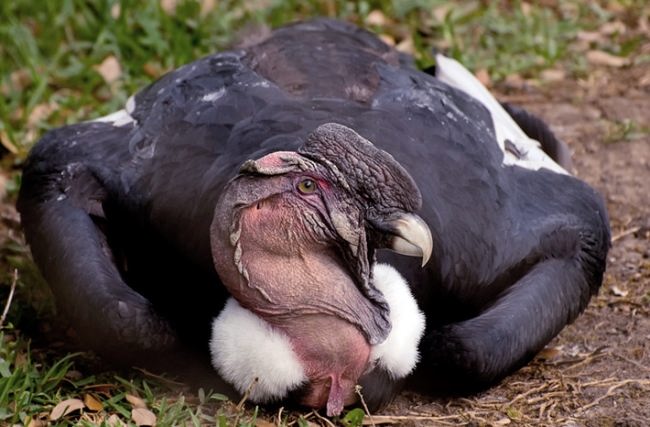 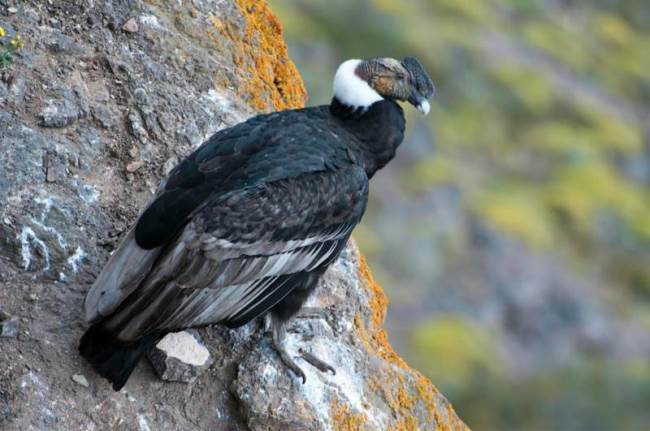 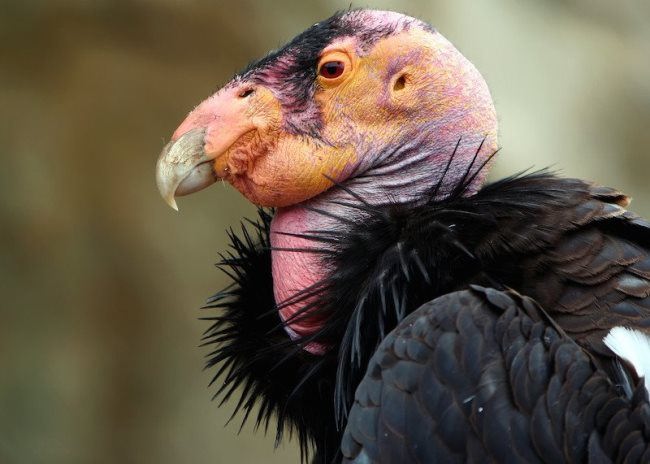 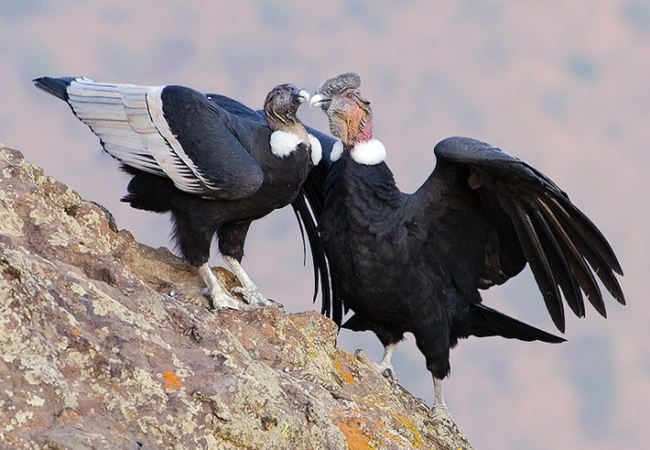 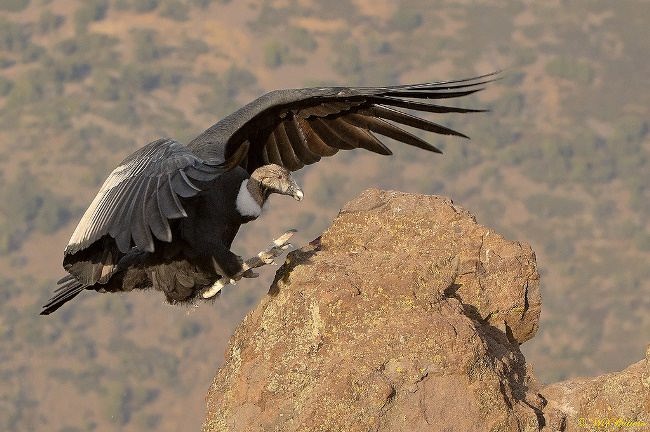 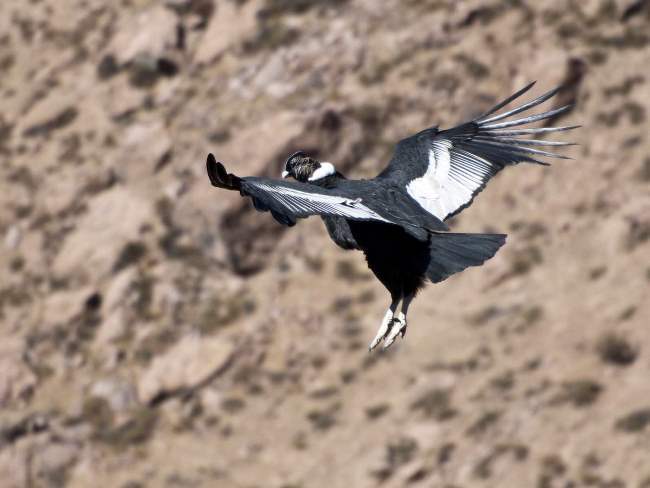 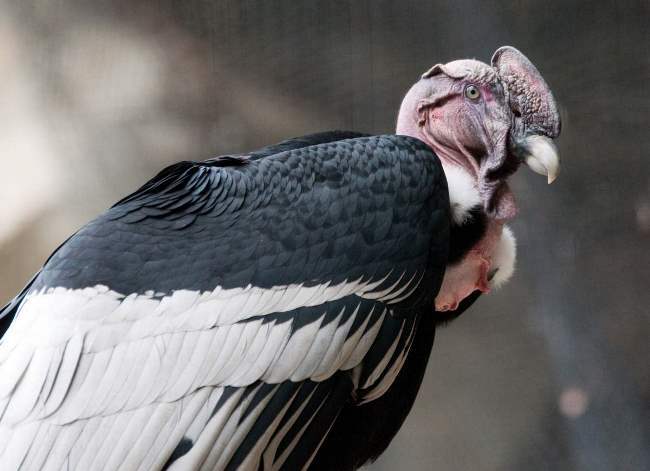 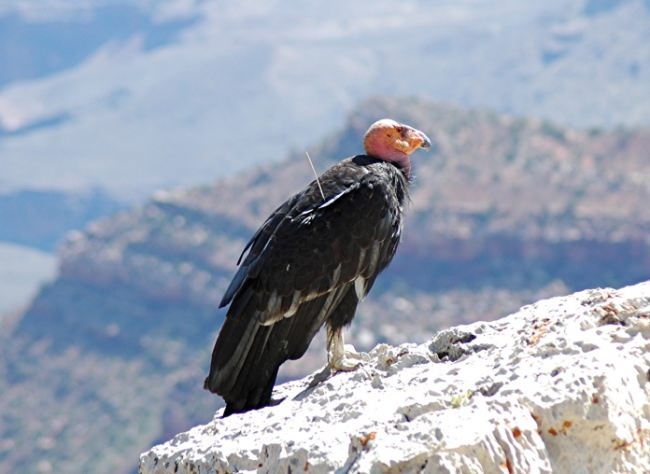