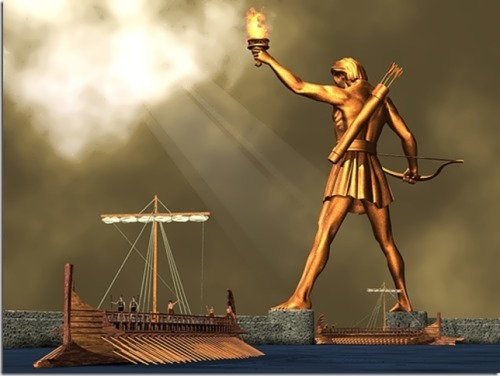 The ancient Greeks called gigantic statues colossi. First they saw them in Egypt. Then they began to errect such statues themselves. Of all the colossi ever built in ancient times, the Colossus of Rhodes was probably the most famous.
Rhodes, an island in the Aegean Sea, was one of the richest and most powerful states. The Rhodians worshipped Helios, the sun god. According to legend, he ordered to lift Rhodes from the sea bottom. Many statues of Helios decorated the temples of Rhodes. His image was depicted on the coins.
In ancient times, the Rhodians were independent traders. They were skilful seafarers, too. Their merchants sailed as far as Sicily and Africa. It is not surprising that Rhodes had many allies. Egypt was one of them. But, as it often happens, Rhodes had powerful enemies, too.

In 305 BC, about 40,000 Greek soldiers besieged the capital of Rhodes. The Greeks were armed with the best weapons of the time. They used a special battle machine which could break the city walls. It looked like a gigantic tower on wheels. Its height was 40 metres and it was operated by 3400 people.
Though the Rhodians were terrified by the machine, they did not surrender. The Greeks could never take over the city. In 304 BC, after a year-long siege, a peace agreement was reached. The Greeks left the island.
The people of Rhodes believed that it was Helios who had saved them. So they decided to build an enormous bronze statue of their protector. They sold all the weapons left by the Greek army to get money for the construction of the monument.
What do we know about the Colossus of Rhodes? Unfortunately, not much. The Rhodian sculptor Chares designed it. It is supposed that he depicted Helios as a tall slender youth with a crown of rays on his head. The construction began in 292 BC and took 12 years. There are no doubts that the work was really hard. The workers cast bronze parts of the statue and attached them to an iron framework. The 35-metre-high statue was hollow inside, and to make it steady they filled it with scrap metal and heavy stones.
For many centuries, people believed that the Colossus had stood with one leg on either side of the entrance to the harbour of Rhodes, and ships passed underneath it. However, we can doubt it. The harbour mouth was about 400 metres across, and The statue was about 35 metres high. The statue probably stood in the heart of the city, overlooking the sea and the harbour. 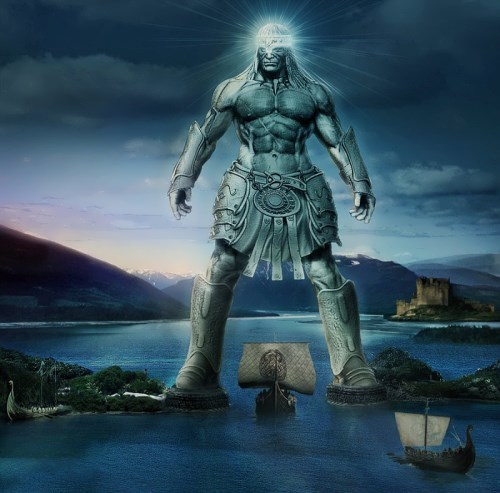 Colossus of Rhodes. One of the versions

The news about the marvellous statue spread all over Greece. Strabo called the statue of Helios the best gift ever made by people. It was soon included in the famous list of wonders of the world.
Unfortunately, the remarkable statue existed only for 56 years. In about 226 BC, a strong earthquake hit Rhodes. The city was badly damaged and many people were killed. The Colossus broke at the knee, its weakest point, and fell down. That was the worst loss for the Rhodians.
Ptolemy III of Egypt offered help to restore the monument. However, the Rhodians didn’t accept his offer. It was announced that an oracle had forbidden the re-erection. And the statue was left lying where it was.
For almost a millennium, the Collosus stayed like this, and people would travel to Rhodes just to gaze at the ruins of the fallen sun god. Pliny the Elder wrote that even lying on the ground it was a marvel. It was so big that few people could make their arms meet round its thumb.
In 654 AD, the Arabs invaded Rhodes. They disassembled the remains of the ruined statue and sold them to a rich merchant from Syria. According to some accounts, he transported them to Syria on the backs of 900 camels. Since then no traces of the Colossus of Rhodes have been found.
Contributor: N. Zavarina
From Speak Out 3, 1998 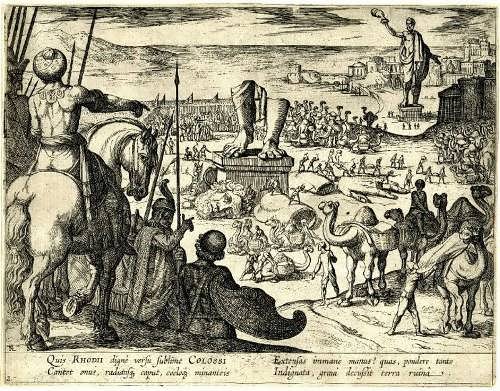 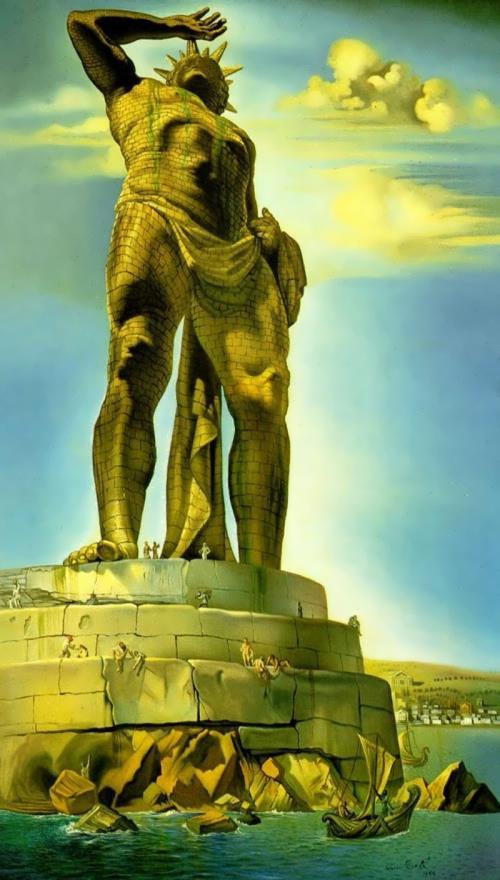