Color hearing and the inseparable connection of music and color 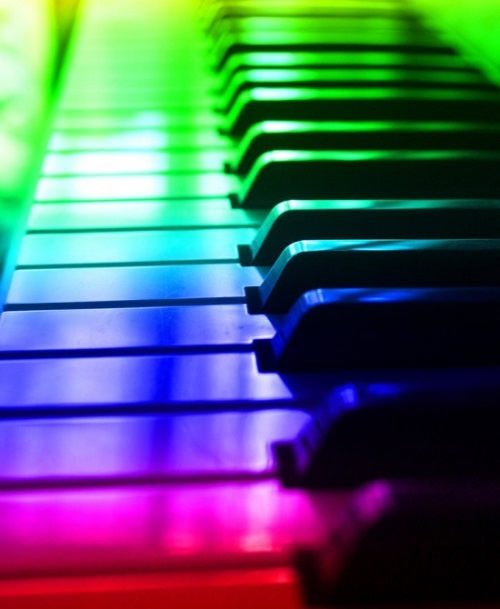 Associations of musical keys with colors. Color hearing and the inseparable connection of music and color

To color the rainbow is simple: just take the right color and draw. The main thing is to remember the sequence. Is it possible to color music sounds and, if so, what and how? What is a musical paint? What colors can correspond to this or that sound?
First of all, the musical paint is not an individual sound, but a whole sequence of sounds, in simple terms – gamma. It forms a mode, major or minor, and tonality. Even the very word “tonality” comes from the word “tone”. In music it is sound, and in painting – color.
One of the musicians who dreamed of establishing such a “sound-color” connection was the composer Alexander Nikolaevich Scriabin. He had a color-toned hearing, that is, he perceived tonalities in a certain color. In particular, C major in red, G major in orange and pink, D major in yellow, A major in green, E major and B major both in blue-whitish color, F-sharp major-bright blue, C-sharp major – violet, A-flat major – purple-violet, E-flat major and B flat major – both steel with metallic luster, and F-major – dark red.

Interestingly, the first of these tones accurately repeat the colors of the rainbow, and the rest are their derivatives. In addition, the composer divided the tonality into “spiritual”: F-sharp major and “earthly”, “material”: C major, F-major. Accordingly, they were characterized by colors: red – the color of hell, blue and violet – the colors of “reason”, “spiritual” colors. Based on this color perception, A.N. Scriabin combined musical and color scores in his musical compositions. For example, in 1910, he created the first in musical art light score on the symphonic poem “Prometheus”. Along with the instrumental parts for the orchestra, he writes out a separate party of color -Luce. It reflects not only the changing of tonal complexes in large parts of the poem, but also various tonal movements around one pillar in episodes of the form. 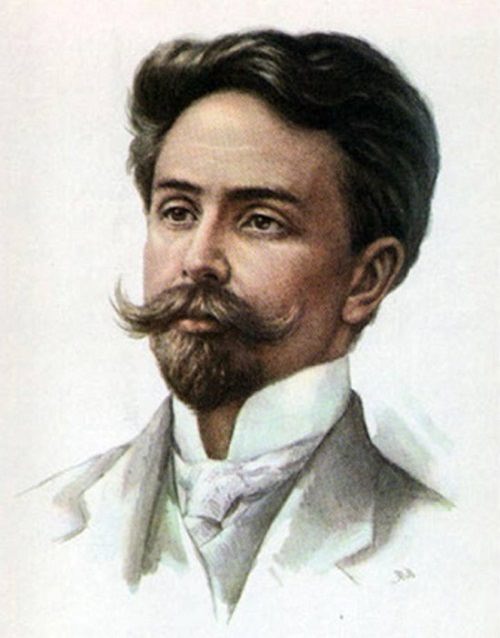 Born in Moscow into a Russian noble family on Christmas Day 1871 (according to the Julian Calendar) Alexander Nikolayevich Scriabin (January 6, 1872 – April 27, 1915) – Russian composer and pianist, a teacher, a representative of symbolism in music. The first to use color in the performance of music, thereby introducing the concept of “color music”.

Scriabin was sure that all people perceive tonality the same as he did, and paint them in the same colors as he did. And he was very surprised when it turned out that it was not so. Alexander Nikolayevich was not the only composer who had such a “color hearing”. In addition to him, Berlioz, Liszt, Wagner, Rimsky-Korsakov possessed the same quality of hearing. And they all differently correlated color and sound. For example, Rimsky-Korsakov quite differently “heard” the colors of tonalities: C major for him was white, G major – brown, but in blue colors he “saw” E-major (sapphire, shining) and E flat major (dark, gloomy, gray-bluish).

Matching colors and tonalities according to Scriabin (‘Prometheus’)

Color hearing and the inseparable connection of music and color