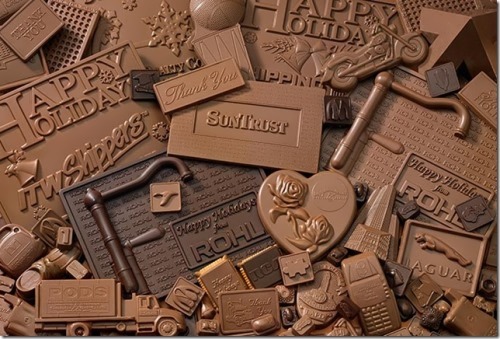 Chocolate is popular throughout the world. It begins with the seeds of the cacao tree, which grows in North and South America, Africa, and Asia. The dry seeds are called cocoa beans. There are basically two types of cacao beans, the Forastero and the Criollo. The Forastero is the standard, or base, bean, which makes up the greater part of the world’s production. The main cultivation areas are in West Africa, Brazil, and Southeast Asia. The Criollo is the flavour bean. It is cultivated on a much smaller scale in Central America, Ecuador, and Venezuela.
At the plant or factory machines grind the beans into a paste called chocolate liquor. Chocolate liquor is made up of chocolate solids and a kind of fat called cocoa butter.
Chocolate for eating is made by adding extra cocoa butter to chocolate liquor.

The Maya may have been the first to cultivate cacao. The ancient Aztecs used the beans of the cacao tree as a form of money. 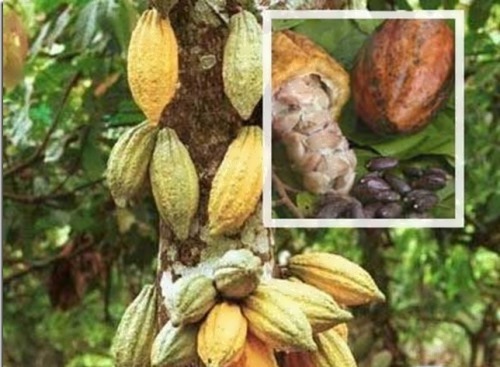 The Maya and Aztec peoples made a hot, bitter drink with cocoa beans. It is said that the Aztec Emperor Montezuma drank more than 50 cups of chocolate a day. In 1519 Montezuma II served the Spanish explorer Hernan Cortes a chocolate drink called xocoatl, which means “bitter water”. Cortes brought it back to Spain. In the 1600s the drink became popular among rich people in France and England.
The industrial revolution introduced mechanization into the manufacturing process of chocolate.
Many entrepreneurs, such as Hershey, Kohler, Lindt, Nestle, Peter, Suchard, and Tobler —names you may recognize from chocolate boxes today — made significant contributions to the chocolate industry.
Today the top chocolate-producing countries include the United States, the United Kingdom, Switzerland, Germany, the Netherlands, and France. 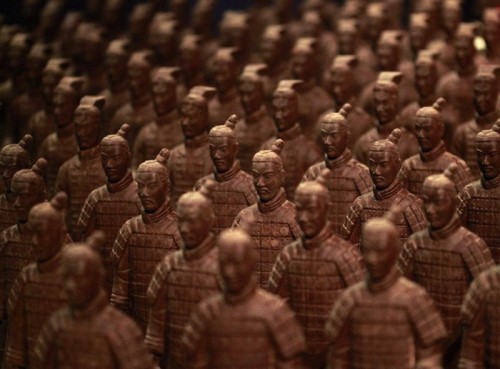 Figures made of chocolate

Interesting facts
– Chocolate helps endorphins, which give us the feelings of pleasure and well-being, to appear in our body.
– Scientists say that some people may develop chocoholism — a dependency on chocolate.
– Californian scientist Professor Carl Keen suggested that chocolate might help fight heart disease.
– Theobroma Cacao means “food of the gods” in Latin.
– Each cocoa tree produces about two and a half thousand cocoa beans. To be fruitful, the tree must be at least 4-5 years old.
– Chocopologie by Knipschildt is the most expensive chocolate. 453 grams cost $ 2600.
– Due to theobromine chocolate product is toxic to the animals.
– In 1842, Cadbury, British Chocolate Factory, produced the first chocolate bar in the world.
– Studies show that dark chocolate improves memory, attention, reaction speed and the ability to solve problems by increasing blood flow to the brain. 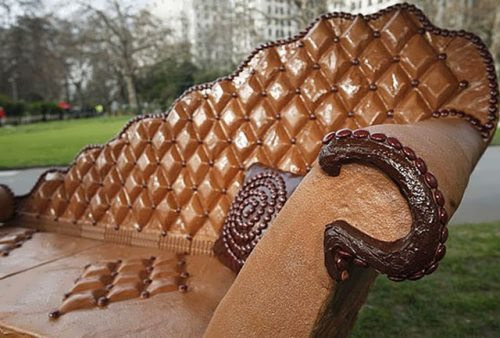 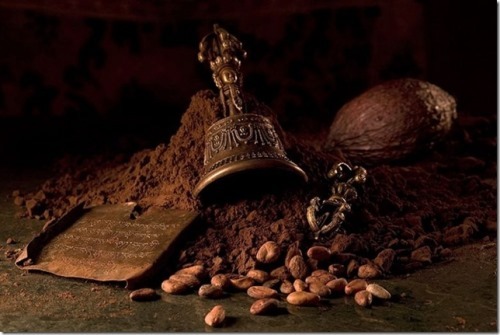 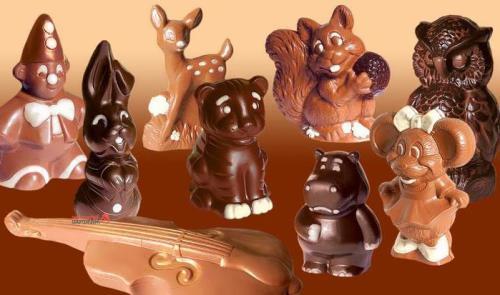 Cute figures made of chocolate 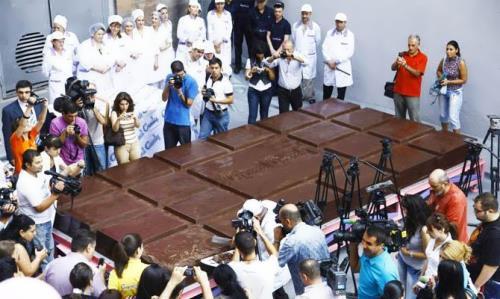 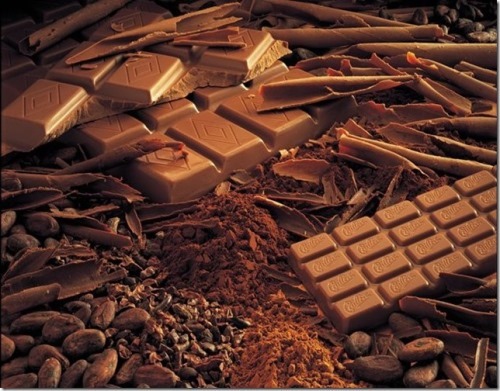