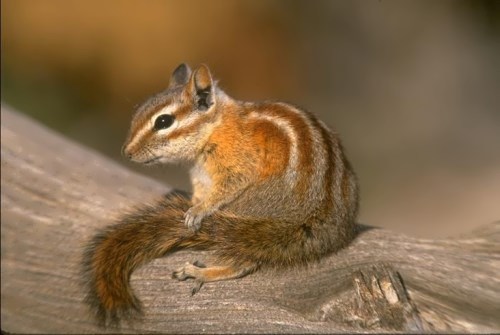 Chipmunks are rodents that are closely related to squirrels. However they are smaller than squirrels. Chipmunks have stripes on their back.
There are 25 species of chipmunk. North America is home to 17 species, 16 in the West and only one, Tamias striatus, the eastern chipmunk, in the East. Asiatic chipmunk is found in northern Asia and eastern Europe. Chipmunks live in woodlands, mountains, and plains.
The eastern chipmunk is 12 to 17 centimeters long. Its bushy tail is more than half as long as its body. It weighs only about 70 to 140 grams. The western and Asiatic chipmunks are smaller. They have stripes on their face and along the length of their body. Their vision is excellent, and whiskers give them a well-developed sense of touch. They have pouches inside their cheeks, just like hamsters. The Siberian chipmunk can carry more than a quarter of an ounce of seed for half a mile.

Most chipmunks are good tree climbers and swimmers. They eat nuts, seeds, wild fruits, and berries.
Chipmunk lives in a burrow and sleeps most of the winter. In the spring, the female bears up to eight pups. They are born naked, toothless, and with closed eyes.
Chipmunks can live as long as five years.
Weasels, owls, hawks, bobcats, pine martens, and coyotes are fed on chipmunks.
Most often they are solitary and strictly guard their territory. Even in the cage two animals do not get along with each other. But in the European part of Russia there were cases when male and female lived together in one hole. 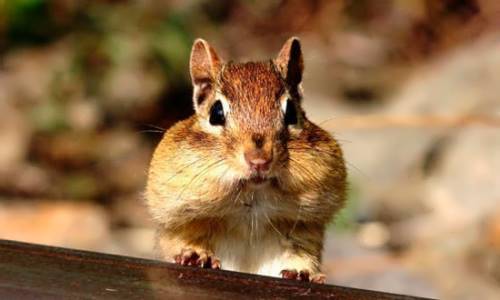 Chipmunk with a full mouth of food 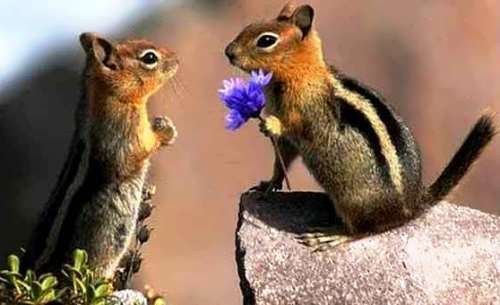 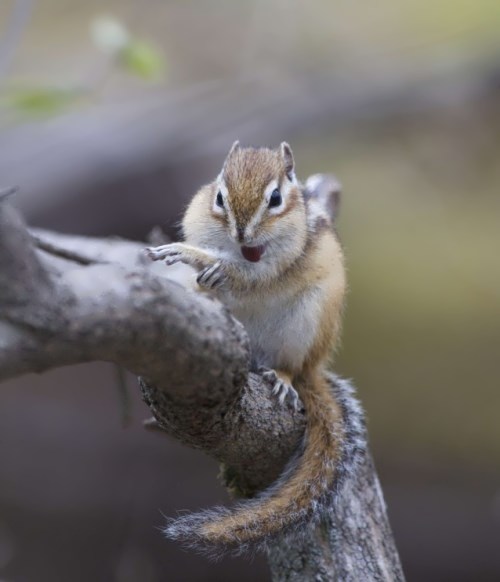 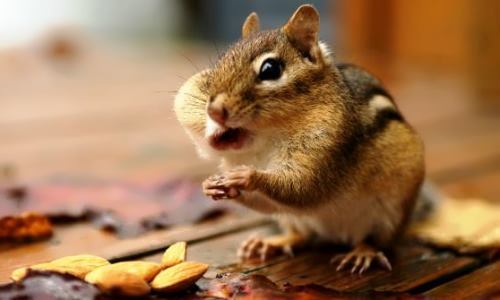 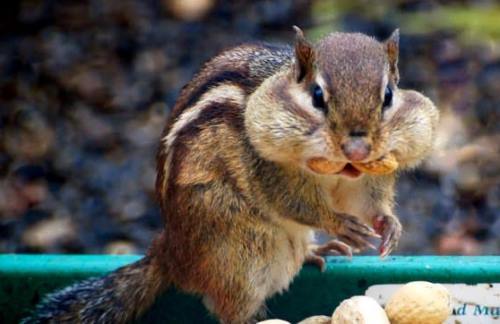 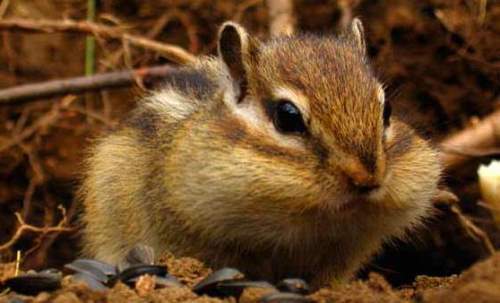 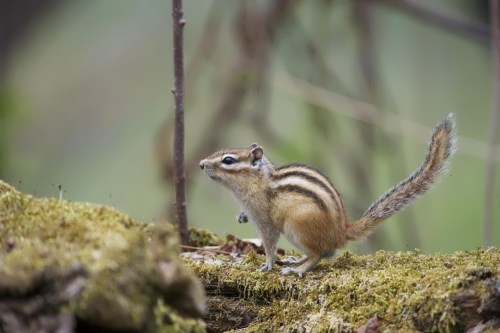 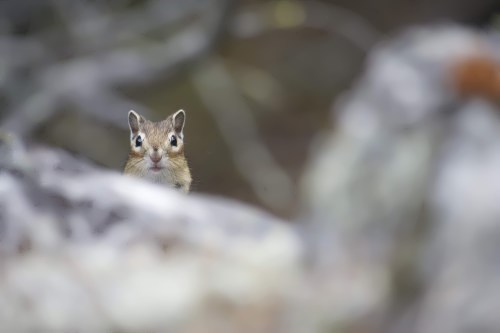 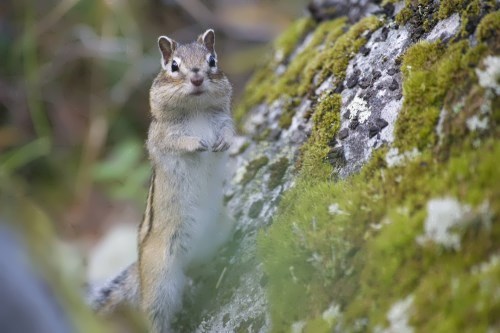 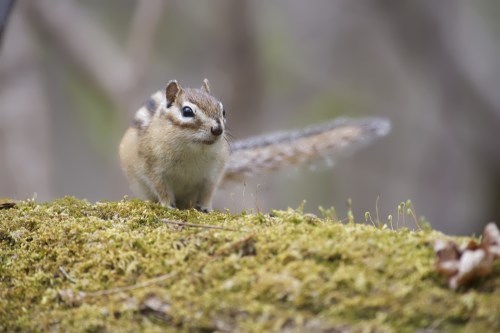 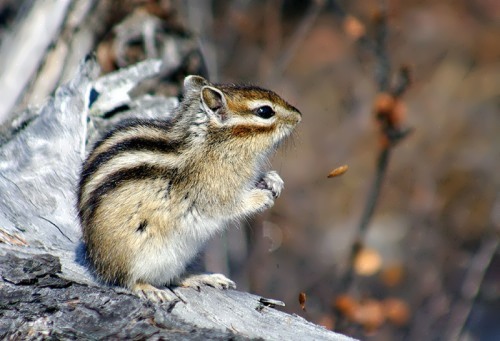 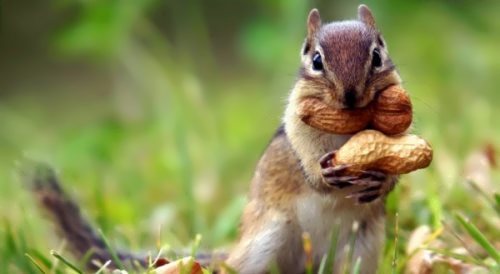 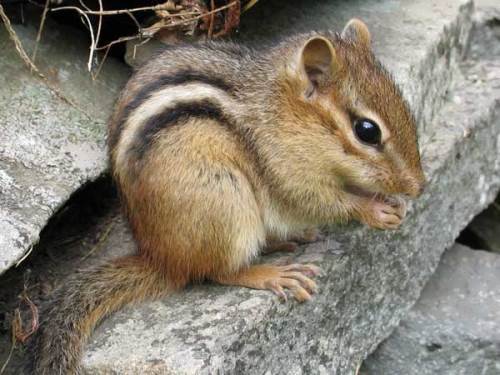 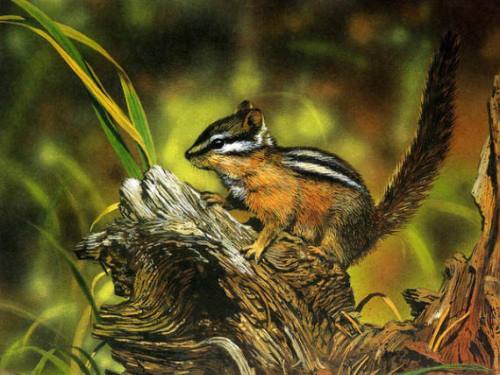 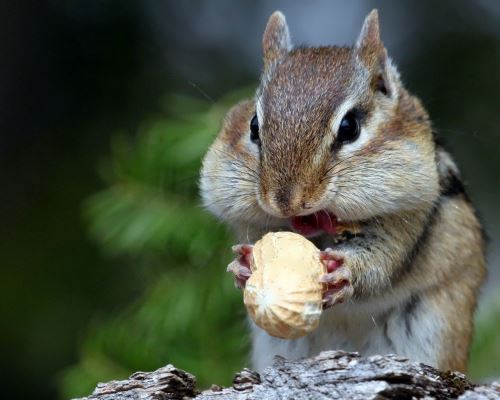 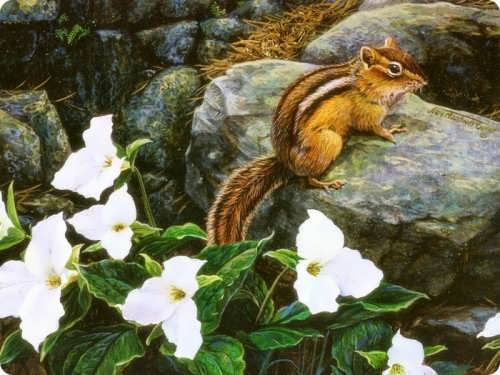 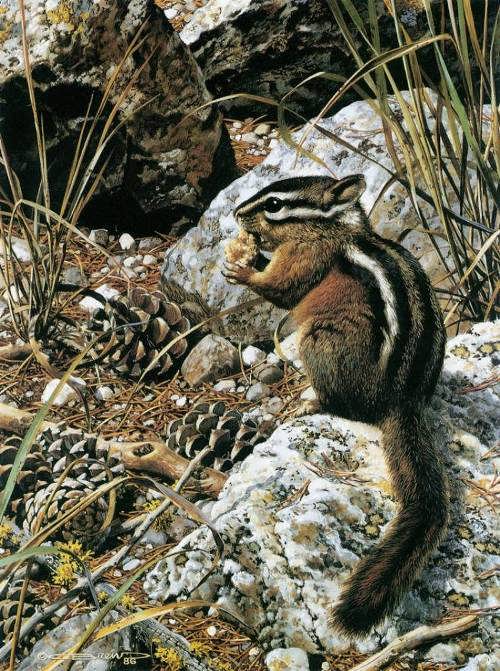