Starfish are animals that live in all the world’s oceans. They look like stars and have five arms. Their eyes are located at the tip of each arm. But they are not fish because they do not have backbones. There are about 1,800 species of starfish. They can be of many colors: brown, red, orange, pink, blue, purple, yellow. They are 20 to 30 centimeters across and are covered with short spines. Starfish eat clams, oysters, and snails.
Starfish grow another arm if they lose one.
Acanthaster (the crown-of-thorns starfish) has become famous for the damage it does to coral reefs, moving over the reef and stripping it clean of coral polyps.
The sense of smell is quite sensitive.
END_OF_DOCUMENT_TOKEN_TO_BE_REPLACED

Scorpions are small animals with a curved tail that can deliver a poisonous sting. About 25 of 1,400 species of scorpion can kill people with their poison. They are members of arachnids and are relatives of spiders. These animals are found throughout the world except in Antarctica. Many of them live in the desert, but they also can be found in grasslands, in caves, and in forests.
Scorpions have four pairs of legs, claws, and a sharp, hollow stinger on the tip of the tail.
Scorpions eat at night and hide for much of the day. They feed on insects and spiders, but larger species may eat lizards, snakes, mice, and other scorpions. The scorpion, of course, does not hunt people and sting only if the person disturbs it. Hedgehogs, mongooses and some species of lizards are insensitive to their poison. Scorpions are also eaten by snakes, birds, bats, large spiders and phalanges.
END_OF_DOCUMENT_TOKEN_TO_BE_REPLACED 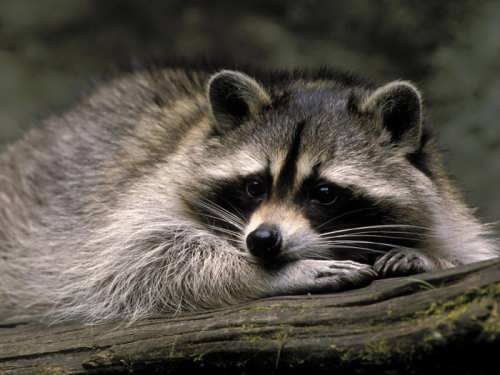 The raccoon is a smart and curious mammal of the Americas. They have a pattern of dark fur around their eyes that looks like a mask. There are seven species of raccoon. Several species are found on various islands in the Caribbean.
They are 75 to 90 centimeters long from the nose to the tip of the tail and weigh about 10 kilograms. Raccoons have “hands” rather than paws on their front feet. Their flexible fingers are able to make delicate manipulations.
They are nocturnal animals, sleeping in the daytime. They eat many different kinds of foods (crabs, frogs, fishes, rodents, birds’ eggs, nuts, fruit, and plants, including crops) and often search in shallow water for frogs and crayfish. So, people believe that raccoons washed their food.
END_OF_DOCUMENT_TOKEN_TO_BE_REPLACED 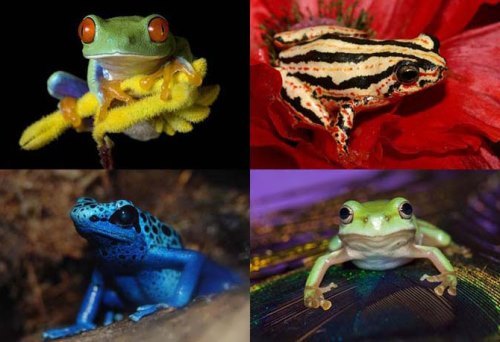 Frogs have been around for millions of years; in fact, their immediate ancestors roamed the Earth with the dinosaurs.
Frogs are tailless amphibians and can live both in water and on land. Their life cycle takes place in both environments. A mother frog lays her eggs in the water. In a few days tiny tadpoles wriggle out of the eggs. Tadpoles are fishlike creatures that breathe through gills instead of lungs. To become an adult frog, a tadpole loses its tail and develops lungs and limbs.
Frogs are found throughout the world except in very cold places.
A frog catches prey by flicking out its long, sticky tongue. Most frogs eat insects and worms. Some also eat other frogs, rodents, and reptiles.
END_OF_DOCUMENT_TOKEN_TO_BE_REPLACED

Snails belong to mollusks, which also includes oysters, clams, and squid. They are found throughout the world. Some live on land or in trees. Others live in water. Some of them spend the winter underground. Snails are one of the oldest inhabitants of the planet. Scientists claim that they appeared more than 500 million years ago. They can adapt to any environment and do not need a lot of food.
A snail has a shell, which protects it from heat and enemies. It has two long tentacles sticking out from the head. Each tentacle has an eye at the tip.
Snails eat plants and are eaten by snakes, toads, turtles, beetles, and birds.
Some snails may be only 2 mm in height, while other species may grow to 60 cm. Female snails are usually larger than males.
END_OF_DOCUMENT_TOKEN_TO_BE_REPLACED

A hummingbird is a small bird with a long, slender bill, which lives only in the Americas. It has brightly colored, glittery feathers. The males are more colorful than the females. The male birds of some species have long tail feathers. These birds are named for the humming sound made by the rapid beating of their wings.
There are 320 species of hummingbirds, which make up the family Trochilidae. The largest, giant hummingbird is only about 20 centimeters long and weighs 20 grams. The bee hummingbird is the smallest living bird of any kind and is 2.5 centimeters long.
Hummingbirds have small, weak legs, which are used only for perching, and not for walking. They only move about by flying. Hummingbirds can fly forward, sideways, straight up or down, and even backward.
END_OF_DOCUMENT_TOKEN_TO_BE_REPLACED

Rainbow – miracle in the sky

Rainbow – miracle in the sky

Colorful rainbow in the sky has been astonishing and frightening people since ancient times. The ancient Greeks thought these arcs of color were signs from the gods to warn people that terrible wars or storms were going to happen. The Norse people believed a rainbow was a bridge the gods used to walk down from the sky to the Earth. Irish legends said there was a pot of gold at the end of a rainbow.
But rainbows aren’t magic. It is just colored light. The seven colors are always the same and appear in the same order: red, orange, yellow, green, blue, indigo, and violet.
Rainbows often appear after or at the end of a rain. When a beam of sunlight passes through raindrops, it’s broken into the seven different colors. Because only water and light are required for rainbows, one will see them in rain, spray, or even fog.
END_OF_DOCUMENT_TOKEN_TO_BE_REPLACED