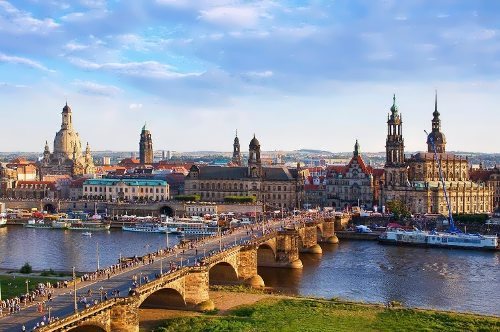 Germany shares borders with Denmark, Poland, the Czech Republic, Austria, Switzerland, France, Luxembourg, Belgium, and The Netherlands. Its area is 357,021 square kilometers. Its official name is Federal Republic of Germany.
During ancient and medieval times hundreds of Germanic, Celtic, and Slavic tribes lived in what is now Germany. For many years various princes and dukes and bishops ruled small states in the region. It was not until 1871 that these became united as a single nation.
In the early 20th century, Germany became involved in two world wars. After World War I the country suffered through difficult times and many people supported Adolf Hitler, who wanted to make Germany strong again. As the leader of the Nazi party he soon took control of the country. Germany entered World War II. The country was defeated in 1945 and was divided into East and West Germany. East Germany became a communist country, while West Germany was a democracy. Berlin, the former capital of Germany, was also divided.
END_OF_DOCUMENT_TOKEN_TO_BE_REPLACED

Anteaters are curious-looking animals. It has long, narrow body which is covered by shaggy gray hair with black and silver-white stripe. They have distinctive long, cylindrical snout with small eyes and ears. They have no teeth at all. Their saliva–coated tongue can extend almost 61 centimeters. Powerful front legs and claws allow the animal to break into termite and ant colonies and also provide a means of defense against predators. Their closest relatives are sloths, armadillos, and pangolins.
The habitat extends from Guatemala in Central America to Uruguay in South America. Scientists believe these animals are almost extinct over much of this great range because of habitat destruction. Although they are sometimes killed for meat and claws, and tail is also highly prized by hunters. Some people wrongly believe they attack dogs, cattle, and humans.
END_OF_DOCUMENT_TOKEN_TO_BE_REPLACED

Pelicans are among the largest flying birds. They are famous for their huge throat pouches. These birds live around lakes, rivers, and seacoasts in many parts of the world. They often fish and fly in small groups.
There are several different species of pelican. The best-known types are the North American white pelican and the European white pelican.
Pelicans are good flyers and swimmers. They eat several pounds of fish each day. Brown pelican is the only one that actually dives into the water to fish.
Pelicans in the wild can live to be about 20-25 years old. In captivity, they may live much longer.
END_OF_DOCUMENT_TOKEN_TO_BE_REPLACED 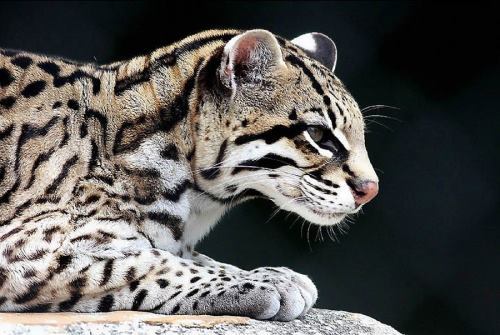 The ocelot is a wild cat, about twice the size of a housecat. It is found in the Western Hemisphere, from Texas in the southwestern United States down to Argentina in South America. It lives in tropical forests, grasslands, and brush. Its scientific name is Leopardus pardalis. It is also known as the dwarf leopard.
An adult animal is about 71 to 89 centimeters long and weighs about 11 to 16 kilograms. Females are usually smaller than males.
Its fur is yellowish gray with small black spots on the head, two black stripes on each cheek, and black stripes along the neck. The coat helps the animal to hide.
END_OF_DOCUMENT_TOKEN_TO_BE_REPLACED

Eagles – Riders of the Wind

Eagles – Riders of the Wind

Eagles are members of the same family as hawks and Old World vultures. They are found throughout the world, except for Antarctica. This bird is called the “king of birds” because of its majestic appearance and power of flight. They have excellent eyesight.
There are more than 50 species of eagle. The main groups of eagles are sea eagles, booted eagles, forest eagles, and serpent eagles. Their feet are large and strong, armed with sharp claws, and are well-suited for grasping prey.
The bald eagle is one of North America’s largest birds of prey with a wingspan of up to 2.3 m. They feed primarily on fish, but also eat rodents, other small mammals and carrion. They are solitary birds that typically mate for life and build huge platform nests in tall trees or cliff ledges. A female usually lays 2 to 3 eggs once a year.
END_OF_DOCUMENT_TOKEN_TO_BE_REPLACED 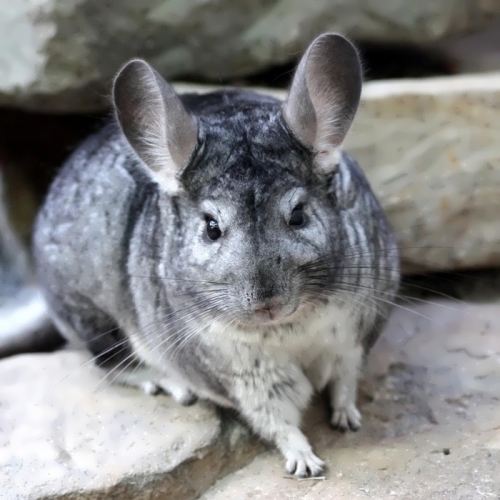 Chinchilla is a nocturnal rodent with soft fur, large ears, and a bushy tail. There are two species of chinchilla – short-tailed and long-tailed. The long-tailed chinchilla often kept as a pet.
An average chinchilla has a head and body length between 23 and 38 centimeters and a tail length between 7.5 and 15 centimeters. Males are smaller than females. Their silky fur is mostly gray in color. A female chinchilla may give birth to up to six infants at a time.
Their diet includes leaves, seeds, fruits, and other vegetation.
END_OF_DOCUMENT_TOKEN_TO_BE_REPLACED

Bears are large, powerful mammals related to dogs and raccoons. There are several species of bear. They are the polar bear, the brown bear, the black bear, the Asiatic black bear, the sun bear, the spectacled bear, and the sloth bear. Bears live in the Americas, Europe, Asia and Arctic. They first appear in the fossil record of about 27 million years ago.
The Kodiak bear is the largest bear. It may weigh 780 kilograms.
The grizzly bear, a subspecies of the brown bear, is one of the largest land mammals in North America. An average male grizzly has a head and body length of 1.8 to 2.4 meters and may weigh up to 360 kilograms. They are omnivores (eat both plants and animals). They also eat ants and other insects.
END_OF_DOCUMENT_TOKEN_TO_BE_REPLACED