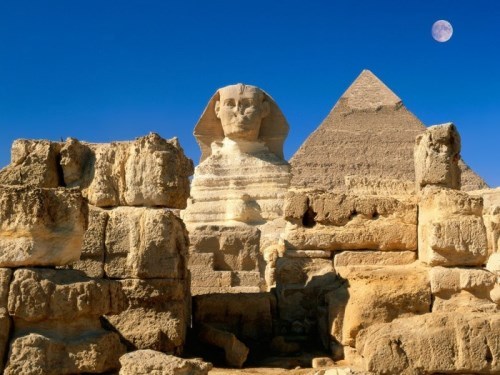 I believe everyone heard about the Sphinx, the most famous riddle-maker in the world. She is a half-lion and half-woman. She asked the question and if the man could not guess the riddle, the Sphinx ate him alive. The question was: “What is that animal which walks on four legs in the morning, on two in the afternoon and on three at night?”
One man, Oedipus, guessed the riddle and the Sphinx was so angry that she killed herself.
And what about you? Do you know the answer?
END_OF_DOCUMENT_TOKEN_TO_BE_REPLACED 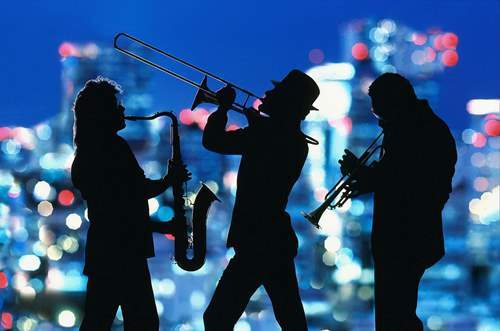 At the beginning of the twentieth century black Americans developed a new type of music called jazz. And it is still one of the most distinctly American art forms. In the early 1900s black Americans played the first jazz in the dance halls of New Orleans. Jazz remains a popular musical style not only in the United States but also in countries all over the world.
Jazz was not learned in schools. Many of its creators could not even read music. Jazz shows were outdoor events during which people marched and sometimes rode in horse-drawn wagons.
Jazz was experimental music that broke away from traditional musical forms. It was a highly personal music that focused on individual interpretation and rhythm. Musician had the freedom to compose and reshape the music according to his or her feelings. Improvisation is a main ingredient of jazz.
New Orleans had considerable influence on the development of jazz. It was a city full of music and good times influenced by several cultures – Spanish, French, Anglo-American, and African-American. But the inspiration for jazz came mainly from the history of blacks in America.
END_OF_DOCUMENT_TOKEN_TO_BE_REPLACED 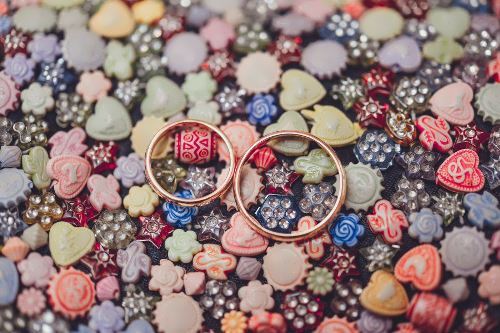 The decision to get married is one of the most important decisions in life. There are so many customs and superstitions associated with weddings. A lot of traditions go back to folklore and pre-Christian times and used to protect marrying couples against bad luck and evil spirits.
In the past young people could not just fall in love and decide to get married. First, they needed to obtain their parents’ consent. In fact, quite often it was the parents who decided who their children should marry and not the children themselves. Now things are not nearly as complicated. However, it is still considered romantic and proper to ask your beloved if he or she would like to marry you and exchange engagement rings.
Now the most popular day is a Saturday as most people work during the week. In the past choosing when to marry was a serious affair. Saturdays were considered unlucky, and so were Fridays, especially Friday the 13th.
The bride chooses her sister or a close friend to be her chief bridesmaid. Originally, bridesmaids were young women dressed the same way as the bride to confuse evil spirits and protect the bride. The groom also has a helper. The Best Man, who is normally the groom’s best friend, plays an important part in any wedding.
END_OF_DOCUMENT_TOKEN_TO_BE_REPLACED 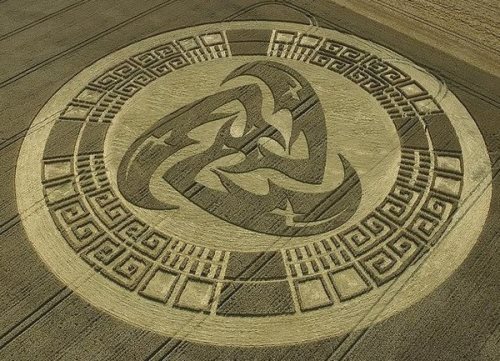 In August 1980, farmer John Scull was surprised to find a circle eighteen metres across in one of his fields in Wiltshire.
This was the first of the now famous ‘crop circles’ of the 1980s. Since then 10,000 more crop circles have appeared from Japan and China to the United States and Brazil, however, about 90% of all circles appear in England in Wiltshire.
Although the shapes began as ordinary circles, over the years they have become more and more interesting. To draw some of them, you need to do difficult mathematics. They are also very large: the biggest are about 300 metres across. Scientists who have studied the circles say that some of them are perhaps made by the weather, by a special kind of storm. We know that they have appeared since the seventeenth century — when people believed they were made by magic. Some people still think that they are made by magic, or by visitors from another planet flying above the fields!
END_OF_DOCUMENT_TOKEN_TO_BE_REPLACED 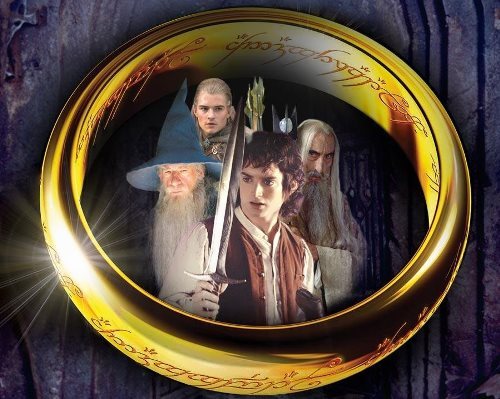 The Lord of the Rings sometimes called the greatest book of the 20th century. It was published in 1954 and has been translated into 25 languages. The book took 11 years to write. In 1970 the word hobbit was included in the Oxford Dictionary.
John Ronald Reuel Tolkien, the author of the book, was born in 1892 in South Africa and grew up in a village near Birmingham. He took part in the First World War and then became a professor of English at Oxford University. While Tolkien was correcting exam papers he wrote down a strange sentence: “In a hole in the ground there lived a hobbit…” Later the writer transformed this sentence into a full novel called The Hobbit, published in 1938.
Tolkien loved ancient myths and for his books he borrowed characters from Anglo-Saxon, Scandinavian and other European mythology. He created his own world inhabited by wizards, elves, dwarves, goblins and hobbits.
END_OF_DOCUMENT_TOKEN_TO_BE_REPLACED 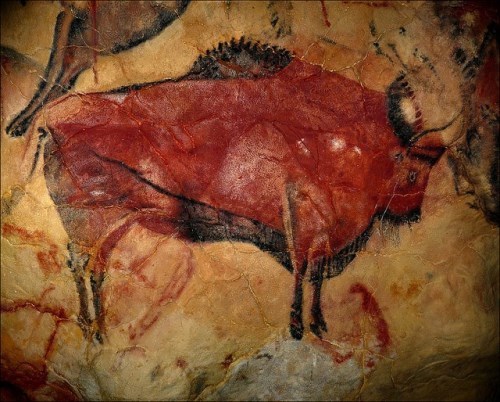 Spanish nobleman called Don Marcelino de Sautuola lived in the late 1800s. He liked to search clues to the lives of people who lived thousands of years ago. Don Marcelino knew that prehistoric homes had been found in caves nearby. He also knew of a cave called Altamira close to his farm. He began to visit the cave and dig through the deep soil on the cave floor. Over the centuries, this soil had piled up, raising the floor and making the cave dark and narrow. Don Marcelino finally succeeded in finding some ancient spearheads. He brought them home to show his family and friends. And his young daughter, Maria, asked him to take her with him the next time. It was hard to refuse her anything and he agreed. 9-year-old Maria promised not to disturb her father at his work. In the cave the girl couldn’t find anything that was fun to do. After a time, with a candle in her hand, she crept into the low passage. Soon the little corridor grew wider. Looking up at the ceiling, Maria stopped still. All around her there seemed to be animals.
“Father!” Maria cried. “Bulls! Bulls!”
END_OF_DOCUMENT_TOKEN_TO_BE_REPLACED 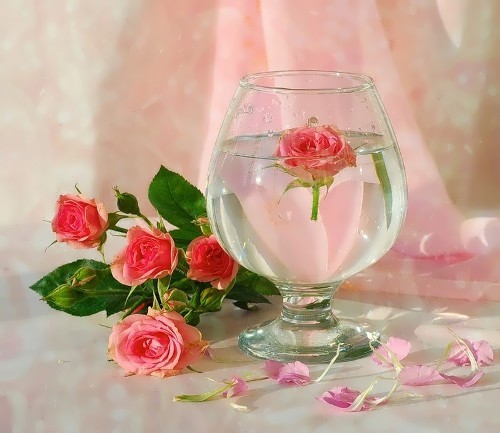 The custom of exchanging flowers may have less to do with romance and chivalry than with anxiety. For the shy or uncertain, handing over a bouquet is often the easiest way to express the sentiment.
Roses are among the oldest of cultivated flowers, with the first known to have grown in Asian gardens 5,000 years ago. In its untamed from the flower goes back even further; fossils of wild roses date back 35 million years.
Ancient myths, biblical stories, and fables all assigned meaning to flowers. In the early 1700s Charles II of Sweden introduced a new language to Europe when he brought the Persian poetical art called “the language of flowers” to the West. Floral lexicons were published throughout the 18th century, allowing secrets to be exchanged with a lily or lilac, and the entire conversation to take place in a bouquet. It seems the more popular flower, the more superstitions and meanings have been associated with it. The rose carries the most baggage by far.
END_OF_DOCUMENT_TOKEN_TO_BE_REPLACED