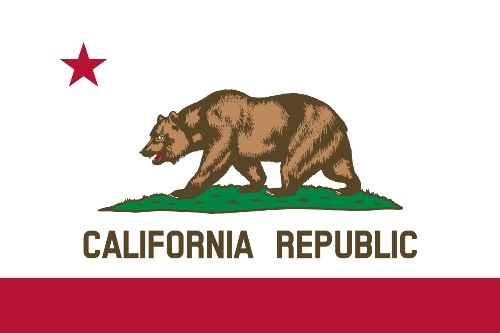 California is frequently described as being “like America, only more so.” In California, America’s good points often seem even better and its problems even worse. Many people think of California as the state that symbolizes the American dream. There, individuals have the opportunity to succeed – to do and be what they want.
California has many different environments. Redwood trees grow only in two places: a small area in China and an area in northern California. The red-woods are very tall; a park in California has three of the world’s six tallest trees. The redwoods are also very old; some are 2,000 years old.
California’s Death Valley, the lowest spot in the United States, is also one of the hottest and driest. In Death Valley temperatures have reached 135°F and often there are no rains for years.

Forty-niners
In January 1848, a man named James Marshall noticed some flecks of gold in a river in California. Word of Marshall’s discovery got around, and by 1849 thousands of people – “forty-niners,” as they were called – were on their way to California.
Gold was in the hills, and rivers had eroded the hills. As a result, a miner could get gold simply by panning the rivers – by using a pan to separate the gold in the water from the dirt and rocks.
Today many people visit “gold country” to see the old mines and spend a few hours panning for gold. The hills of the area still have about as much gold as was taken out during the Gold Rush. 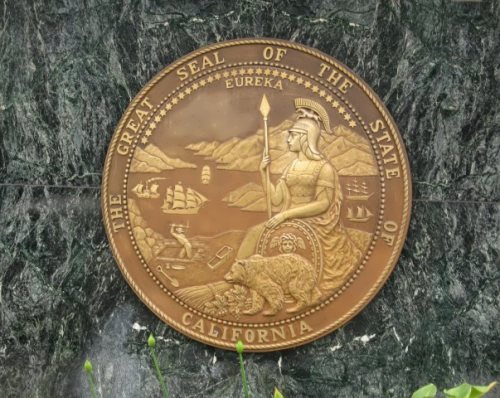 Great seal of the state of California

San Francisco
The city of San Francisco was itself a result of the Gold Rush. Forty-niners who went to California by ship passed through San Francisco. Many of them returned to San-Francisco to stay. In 1848 San Francisco was a settlement of 200 people. Eight years later it was a city of 50,000.
San Francisco is surrounded on three sides by water. It is famous for its bridges, fog, and foghorns.
San Francisco also has a reputation as an intellectual, liberal, and slightly crazy city – a city where new and different ideas can be explored.

Golden Gate Bridge
The Golden Gate Bridge became the symbol of San Francisco. It was opened in 1937. The Bridge was first proposed in 1869 by “Emperor” Norton, a forty- niner who, having lost his money and his mind, had declared himself emperor of the United States. Norton’s ideas about an empire may have been crazy, but his idea about a suspension bridge for San Francisco was just ahead of its time. It took twentieth-century technology and the engineering genius of a man named Joseph Strauss to bring the Golden Gate Bridge into existence. 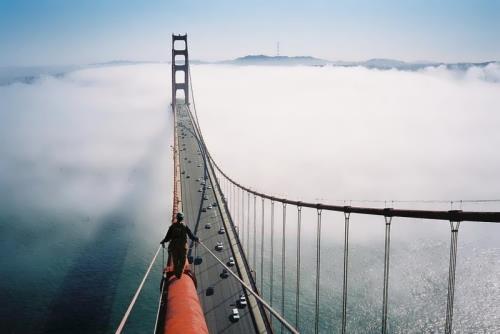 Hollywood
Hollywood was once all farmland. By 1910, however, filmmakers began moving there. Southern California’s climate was perfect for shooting movies year-round. Soon “Hollywood” came to mean “the American film industry.”
In Hollywood you can see two great theaters, where many movies premiered: Pantage’s Theater and Mann’s Chinese. Mann’s Chinese is famous for its cement courtyard with footprints and handprints of stars who were in movies the theater showed. 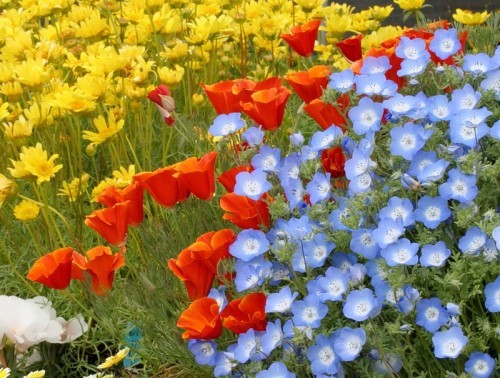 Interesting facts
– It is believed that the name “California” comes from the name of the mythical black militant Amazon Queen Califia. However, some believe that the name comes from the Spanish language in which the word ‘California’ means’ wide bay’.
– Sacramento is the capital of the State of California.
– California, formerly called Alta California, was colonized by the Spanish in the late 18th century.
– The highest and the lowest points of the United States are in California – Mount Whitney is the highest point (4,421 meters above sea level) and Death Valley is the lowest (85 meters below sea level).
– California is the most densely populated state – almost 40 million inhabitants. Each of the 8th American lives here.
– Guinness Museum was opened in 1990 and has become one of California’s most visited museums. The museum is dedicated to world records, which can be found in the Guinness Book of Records. 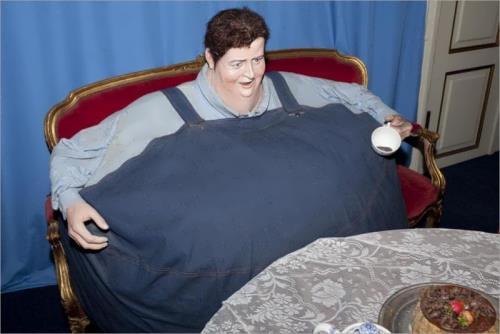 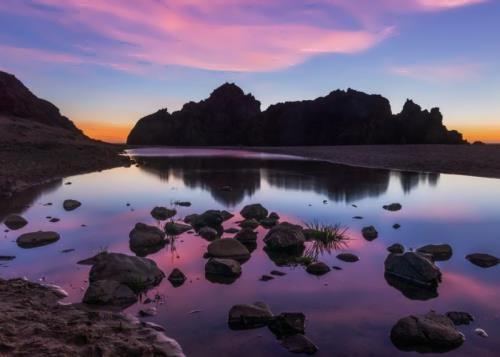 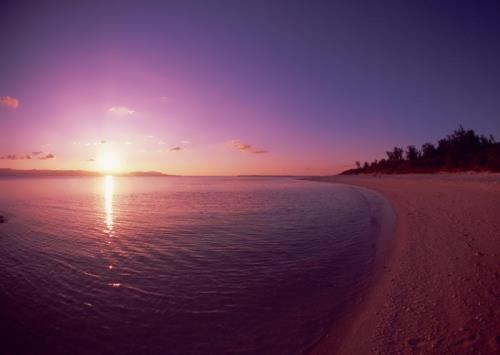 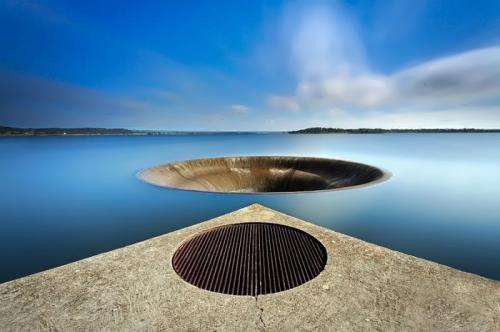 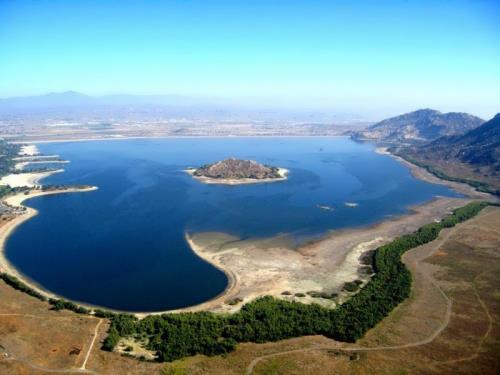 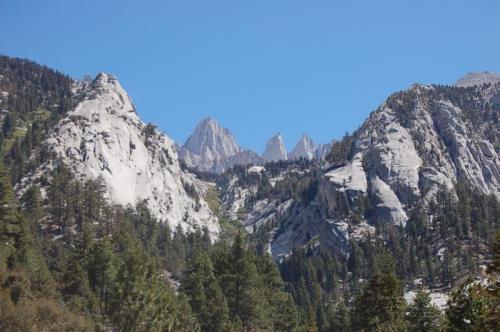 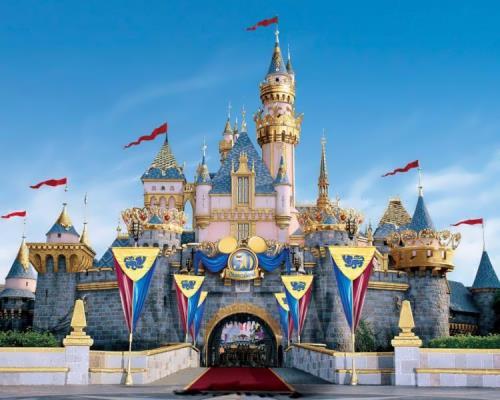 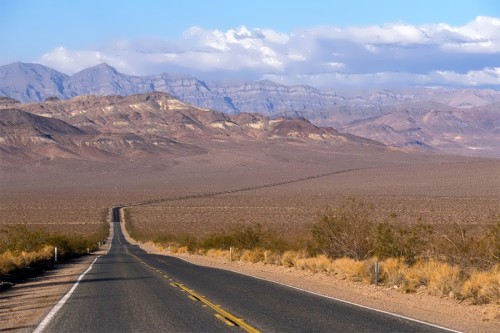 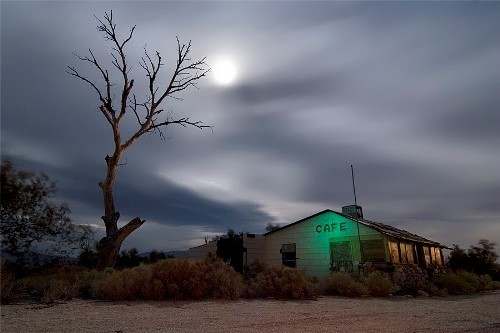 Abandoned cafe near the road 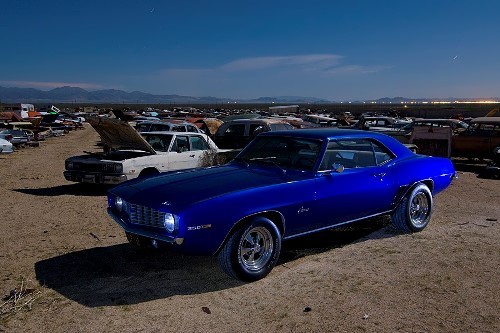 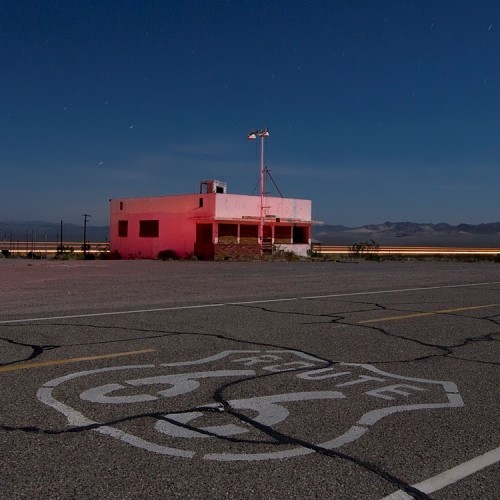 Abandoned building near the famous Route 66 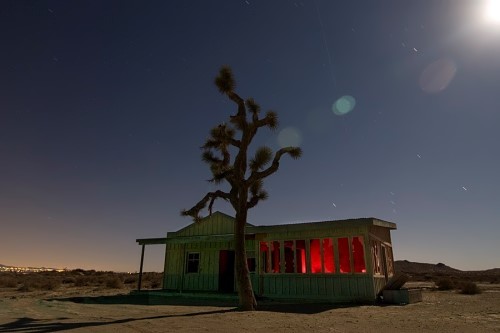