« Scotland Yard
What makes the weather? »

The domestication of cattle was one of the most significant events in human history. Sheep and goat herders were still largely migratory peoples, seasonally driving their flocks between pastures. The ox allowed humans to till the soil, settle and build villages and towns.
Bull symbolizes strength and fury. The ancient Hittites of Anatolia worshipped a sun god whose chariot was harnessed to bulls. In Norse mythology the animal was identified with both Thor, the god of thunder, and Freyja, the goddess of fertility. The Hindu god Indra also appears as Agni, the fertilizing bull.
In Hinduism, cows are protected as sacred and revered as nourishers of humanity.

From the history of cattle
– Cattle originated millions of years ago in India. By the early Pleistocene era, they had migrated to Europe, North Africa, and the rest of Asia.
– An early species of long-horned cattle, the aurochs, was hunted by people during the Stone Age. Cave drawings of the aurochs have survived from 30,000 B.C.

– The ancient Egyptians worshipped the bull-god Apis. Because of their belief that cattle were sacred, the Egyptians raised the animals in luxury and let them die of old age rather than killing them for food.
– Long-horned cattle traveled with Christopher Columbus to the New World, landing in the West Indies in 1493. In 1624 the Pilgrims imported cattle to New England.
– American pioneers used steers (neutered bulls) to pull covered wagons and plows. Steers were slower than horses, but they stood the heat better and didn’t need as much water. 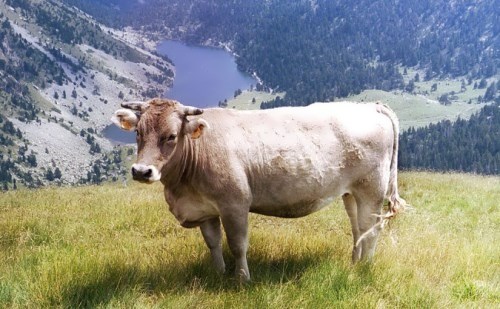 Interesting facts
– Cattle are ruminants-mammals whose stomachs have four sections. After they swallow their food, it is mixed and softened in the first two chambers of the stomach. Then it returns to the mouth as a ball called the “cud,” which is rechewed thoroughly. The food is then reswallowed and passes through the first two stomach sections into the third, where moisture is squeezed out. The fourth chamber actually digests the food through the action of gastric juices.
– Mount Katahdin was the biggest cow in the world. It weighed 2270 kilograms and was 1 meter 88 centimeters tall.
– The average lifespan of cows is 20 years. However, there were cases when the cow lived for 35 years. Bulls live for 15-20 years.
– 43rd US President George W. Bush had a cow, her name was Ophelia.
– Cows can cry.
– The ancient Slavs believed that cow was a symbol of fertility, abundance and prosperity, and a bull was a symbol of power and wealth.
– The bull or cow is in the zodiac circle – it’s Taurus. 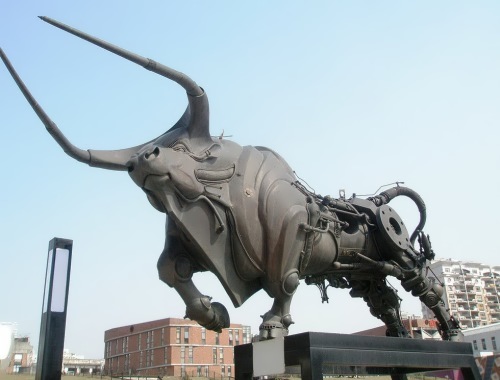 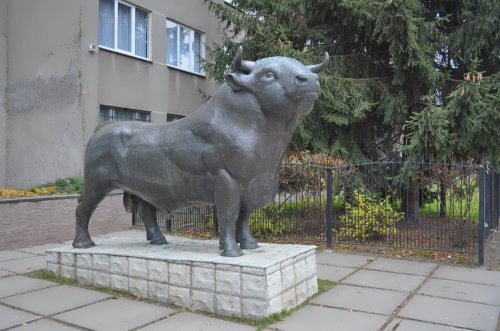 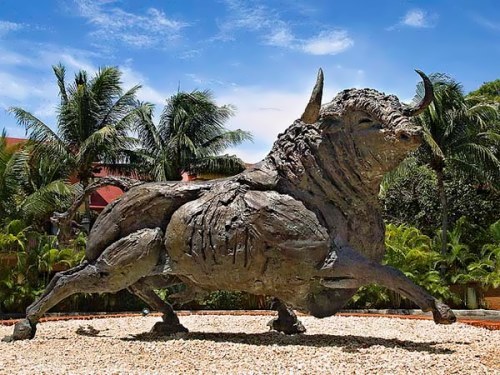 Monument to the bull in Mexico 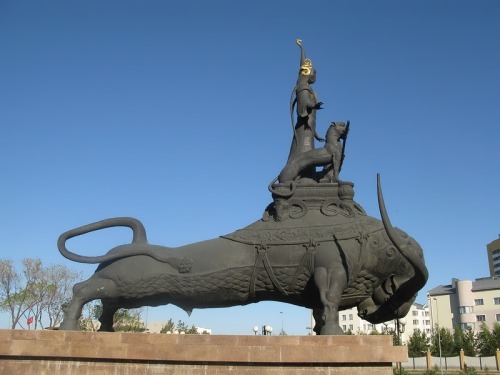 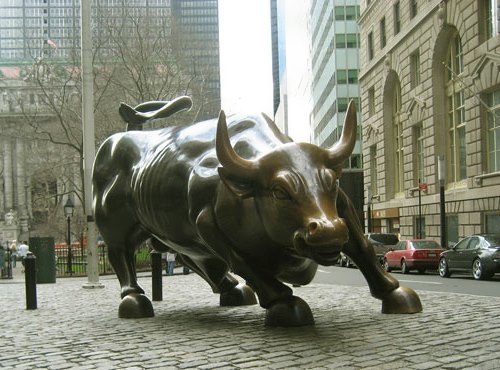 Monument to the bull in New York 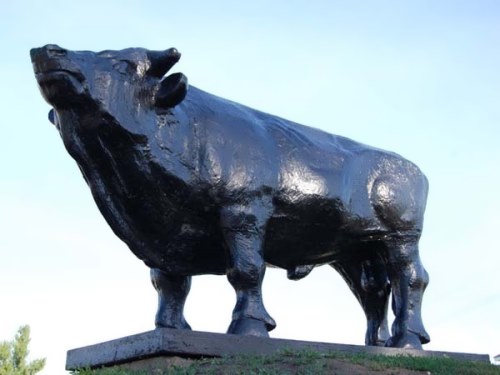 Monument to the bull in Voronezh, Russia 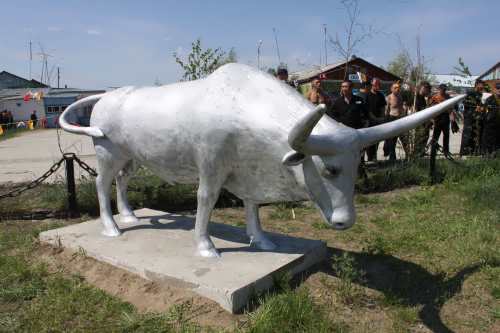 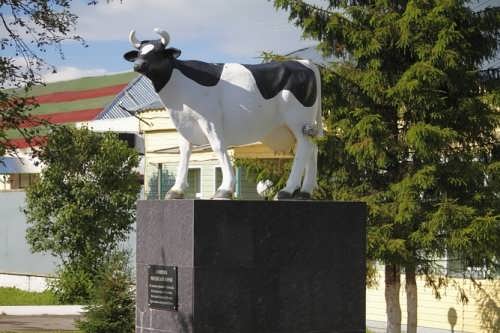 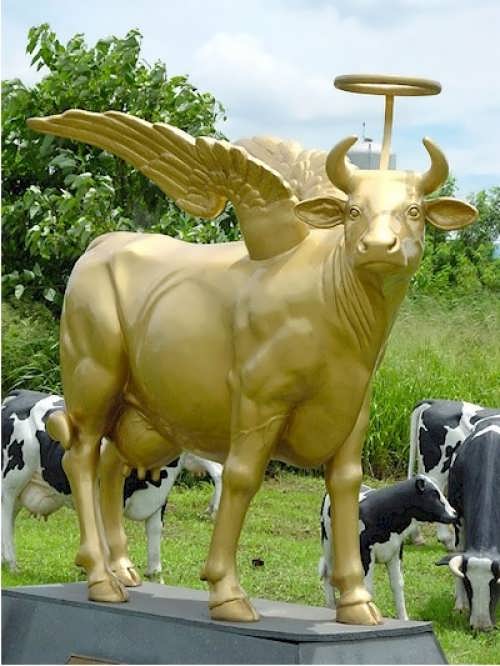 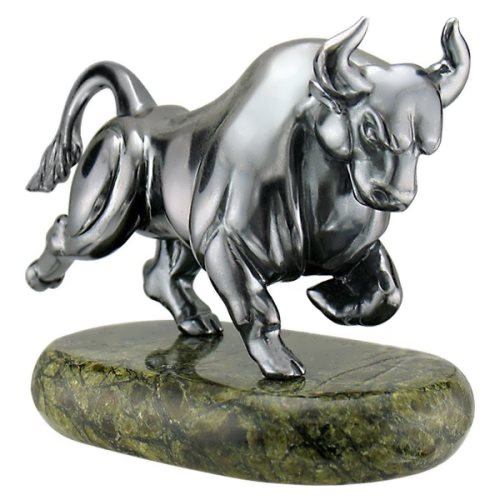 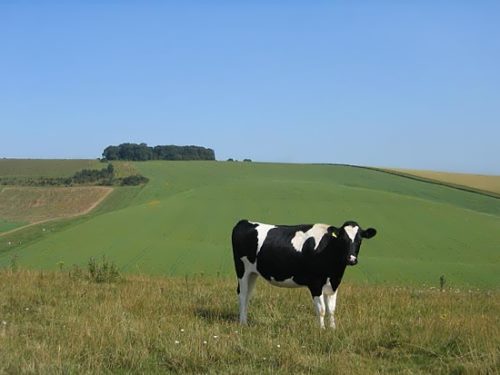 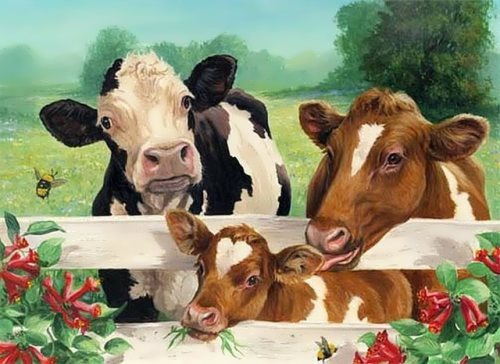 Cute cows in a sunny day