« What is human memory
History of heels »

The construction of the Berlin Wall, the most grandiose construction of the Cold War, began 56 years ago. Now you can see only a small fragment in the capital of Germany which was turned into a memorial. But the inhabitants of Berlin still remember with shudder this monster of concrete and barbed wire. This wall separated thousands of German families for 28 years.
Despite the fact that on May 2, 1945 the capital of the Third Reich was completely captured by the Soviet troops, at the Yalta conference it was decided to divide Berlin among the victorious countries. So the city, like a holiday cake, was cut into four pieces: the eastern one went to the USSR, the other three went to the United States, Britain and France.

But almost immediately after the victory over Nazism, a conflict began among the allies. After all, each of the parties saw the future of Germany in its own way and tried to impose its own ideology. In 1948, after the introduction of a new currency on NATO territory, the USSR blocked West Berlin. The city was located in the center of the Soviet occupation zone and Stalin didn’t let trains, river vessels and motor vehicles in. The blockade lasted for about a year. 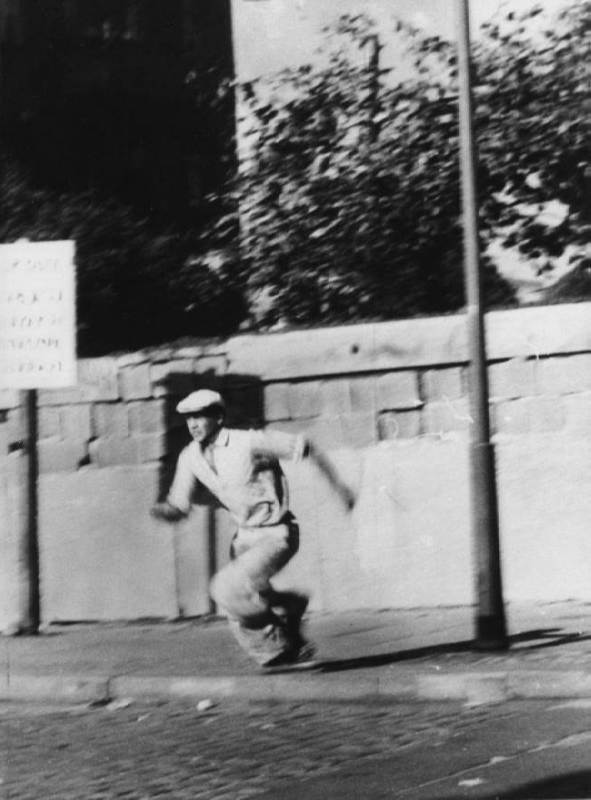 A fugitive from East Berlin is trying to cross the border, October 16, 1961

In 1949, the Soviet Union founded the German Democratic Republic on its part of the former Nazi state and made East Berlin its capital. The NATO countries united the German territories they occupied and formed the Federal Republic of Germany. Despite the fact that West Berlin was closely connected with the FRG, it had the status of a separate state.
The Germans did not care about this division, as the border between the Soviet and NATO sectors of the city remained open. Every day, up to half a million Berliners crossed the border line. The Germans managed to enjoy the benefits of both states: they received free education in the GDR, and worked in West Berlin, because the salary was better there. 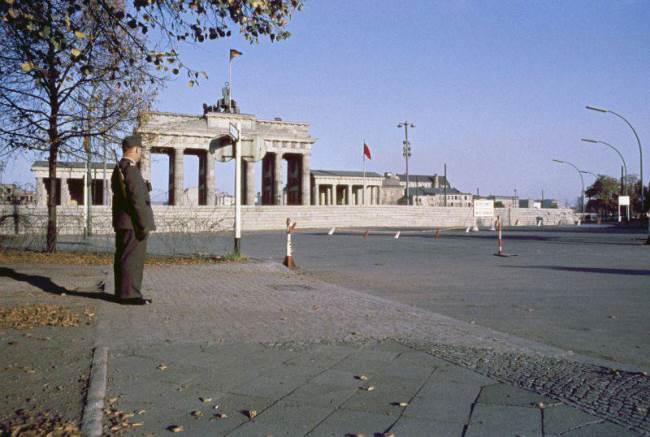 August 1961. View of the Brandenburg Gate from West Berlin

And yet, the USSR did not like the fact that in the middle of “its” Germany foreign armed forces were based. In November 1958, Nikita Khrushchev demanded that NATO should remove its troops from Berlin. The former allies not only ignored the Soviet ultimatum, but, on the contrary, strengthened their positions. The first chairman of the State Council of the GDR, Walter Ulbricht, announced the restriction of visits by citizens of the Federal Republic of Germany to East Berlin. The Germans had to choose the territory. In order to prevent the spread of communism, NATO members took care of the high standard of living of their “own” German citizens. They invested about four billion dollars in the development of the country. The GDR government acted differently: it led a tough economic policy, increasing the production standards of workers, thereby making their life simply unbearable. 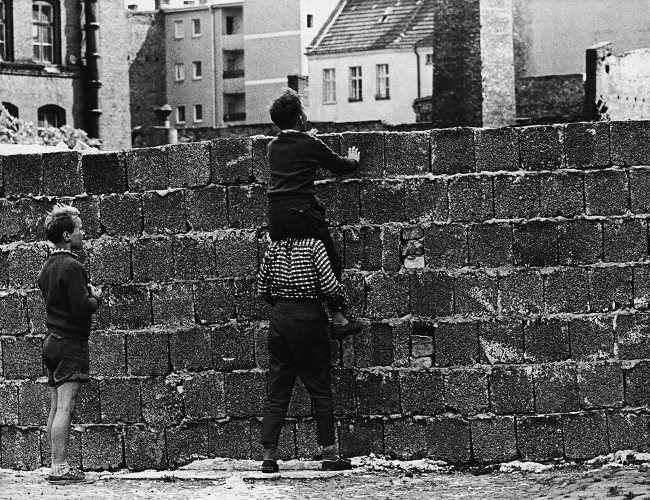 This led to a mass flight of Germans from East to West. In 1961, more than 200 thousand people moved from the GDR to the FRG. By the summer the situation had become so acute that only in July the border was crossed by about 30,000 refugees. Nothing could stop this flight. And then it was decided to close the border.
On the morning of August 13, 1961, the inhabitants of Berlin were surprised to find out that the western part of the city was separated from the eastern by soldiers and military equipment. The living wall stood until the real one grew in its place. Two days later the city was cut by a barbed wire fence with checkpoints. 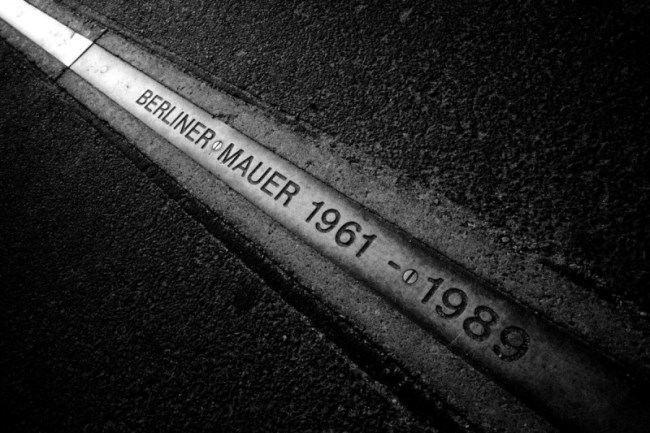 On October 26-27, the Americans tried to break through the wall. This incident is known as the Checkpoint Charlie incident. The coordinator of the French special services, K.K. Melnik-Botkin, recalled later, that the world was close to a nuclear war. Fortunately, the superpowers were wise enough not to start the Third World War.
By the way, two days later the USSR tested the Tsar-bomb on the nuclear test range of Novaya Zemlya, to show the whole world its power.
Attempts to cross the wall happened regularly. Even when it turned into a106-kilometer protected complex. People rammed it with bulldozers, tossed a rope between the windows of houses located on different sides of the wall, flew off the roofs on hang-gliders and balloons. It is known that 28 people moved to West Berlin using the underground tunnel they dug.
There were many unlucky fugitives who were killed by the bullets of the border guards, as well as they often fell from the wall. Officially, from 1961 to 1989, 125 people were victims of the wall. 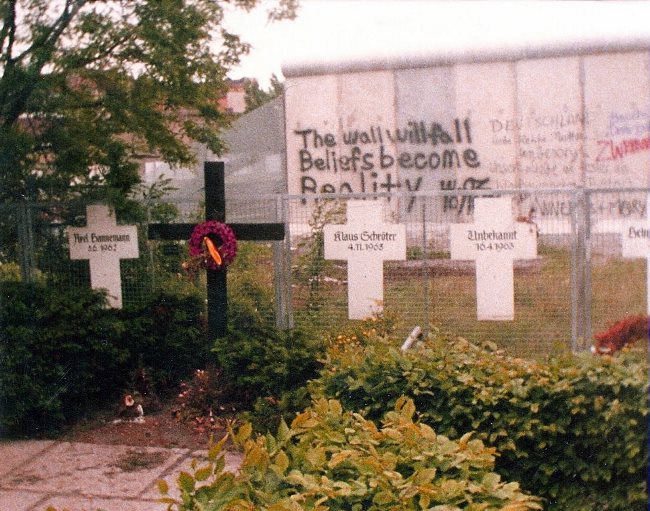 Chris Gueffroy was the last person to be shot while trying to escape from East Berlin to West Berlin across the Berlin Wall. Memorial dedicated to the victims of the Wall

On August 19, 1989 the border gate between Austria and Hungary was being opened just for three hours. So, 600 GDR residents managed to leave the country. And after the September 11, 1989 Hungarians announced the final opening of the borders, the Berlin Wall completely ceased to be a barrier for the Germans. Only in the following three days 15,000 Germans moved from East to West. In this situation, East Germany had no choice but to agree to issue official visas for a visit to the FRG. When on November 9 Günter Schabowski, member of the Political Bureau of the Central Committee of the Socialist Unity Party of Germany, announced this decision on television, hundreds of thousands of Germans rushed to the wall without waiting for visas. The frontier guards could not withstand the onslaught and were forced to open the border. Thousands of residents of West Berlin met guests. 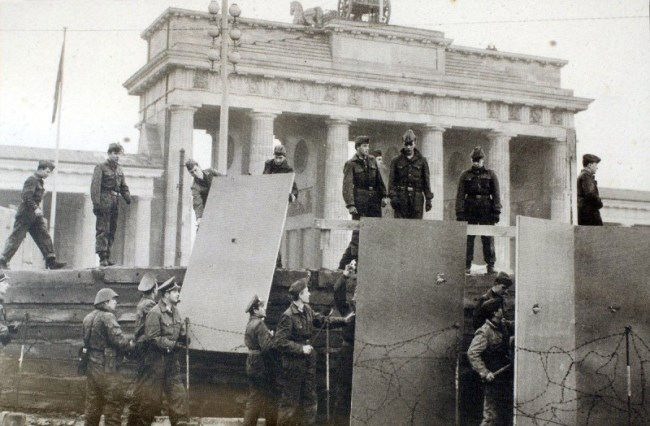 Construction of the Berlin Wall

In August 1990, the FRG and the GDR finally reunited. This year was the last for a concrete cold war monster. People gladly took hammers, drove bulldozers and cranes and ruined the wall. They had been dreaming of doing this for 28 years.
A piece of the Berlin Wall is the most popular souvenir from Germany. 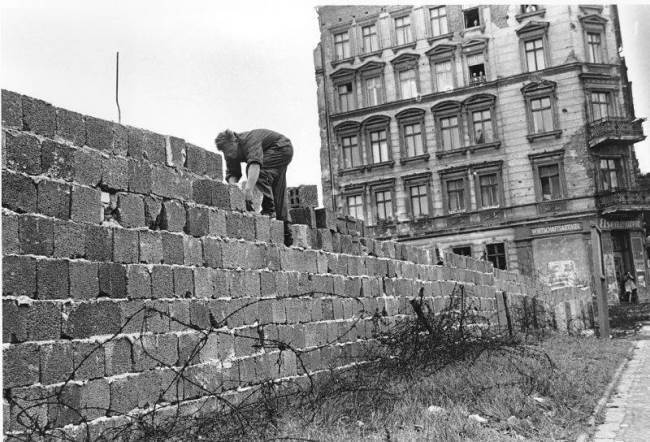 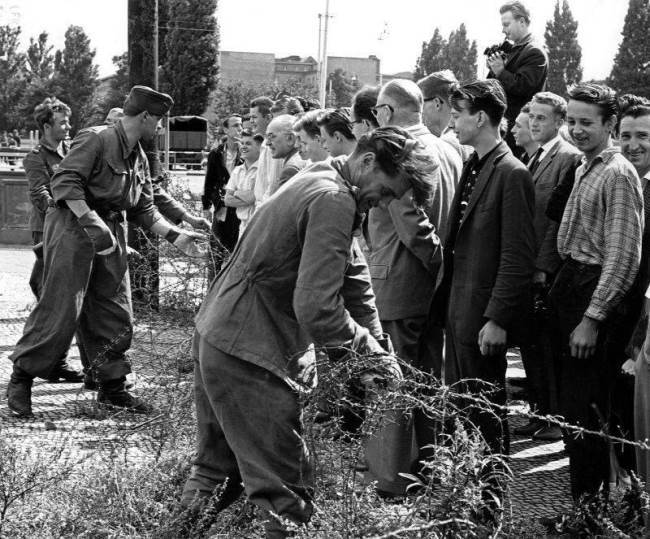 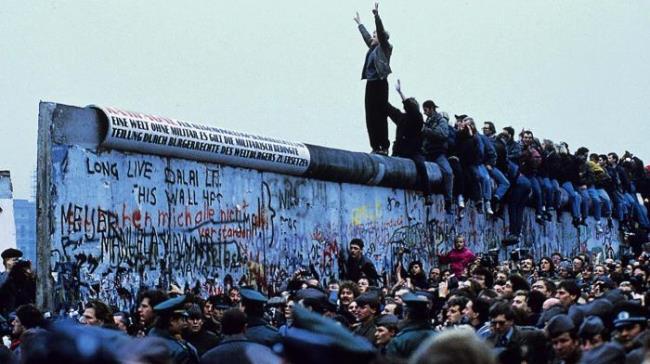 Fall of the wall 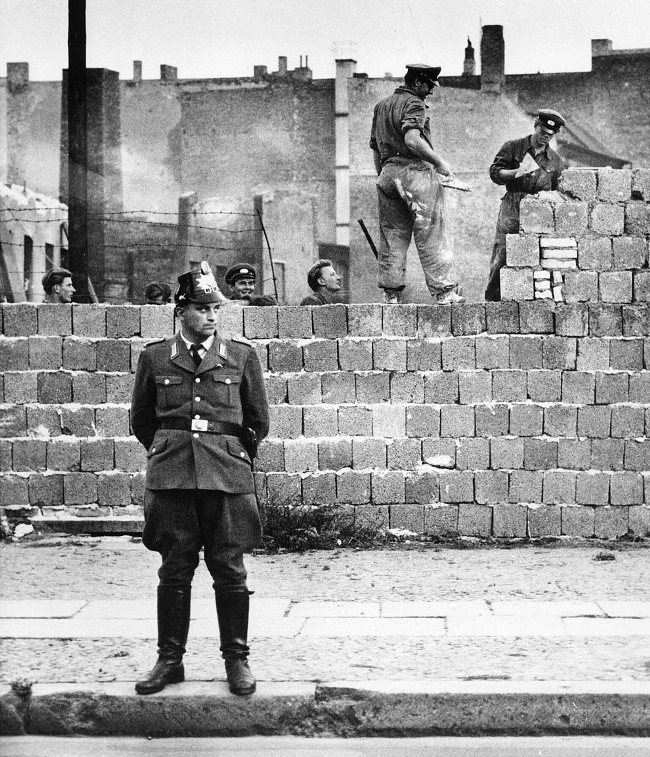 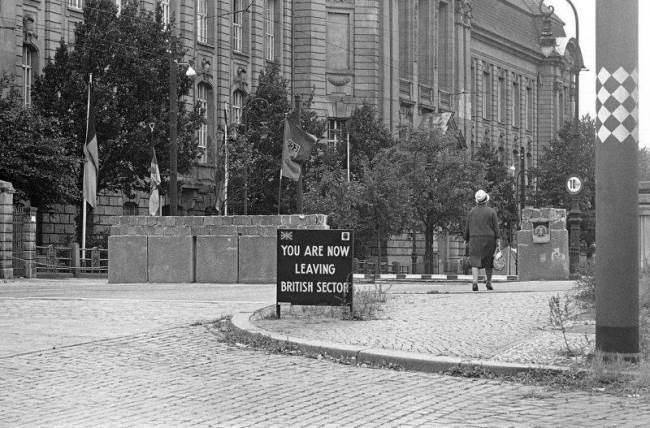 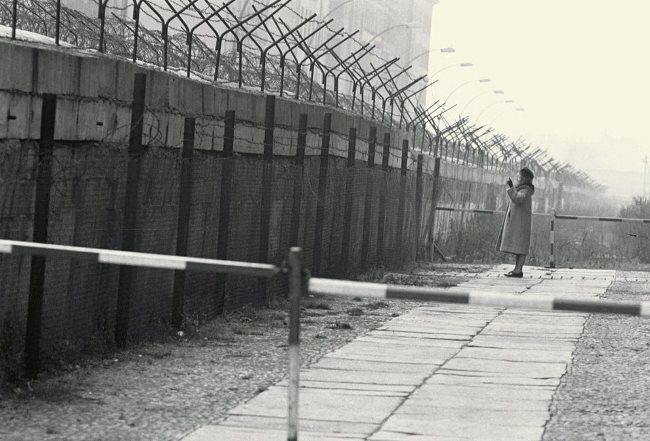 Many people had to communicate with friends and relatives through the wall, 1962. Photo by KRT 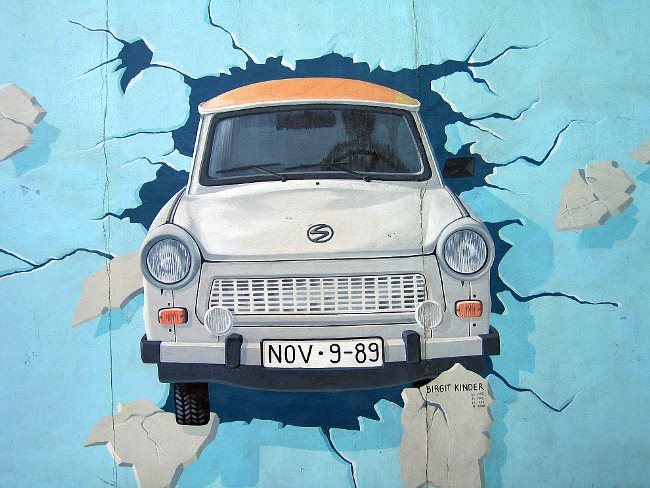 One symbolic graffiti of the Berlin Wall 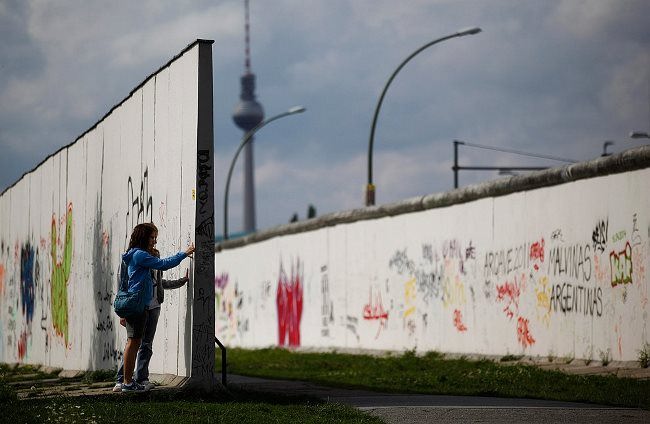 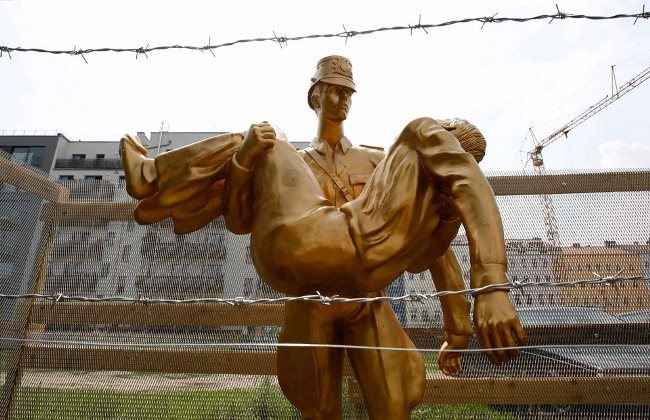 Sculpture by Florian Brauer, June 16, 2011, created for the 50th anniversary of the construction of the Berlin Wall. Photo by Fabrizio Bensch Reuters 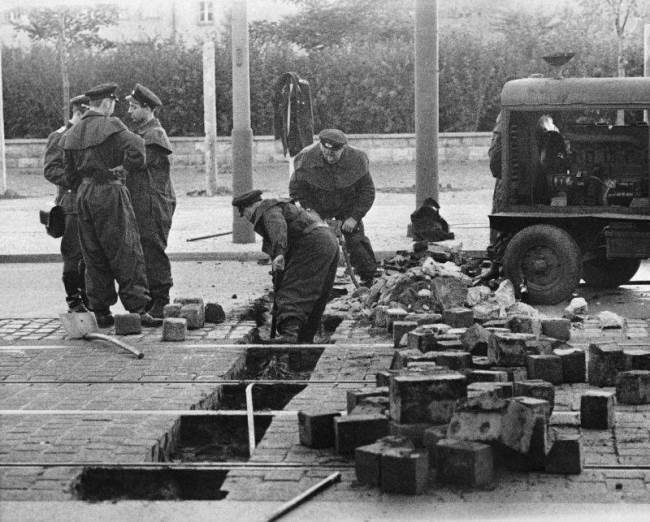 Soldiers are removing stones on Friedrichstrasse in East Berlin, August 13, 1961 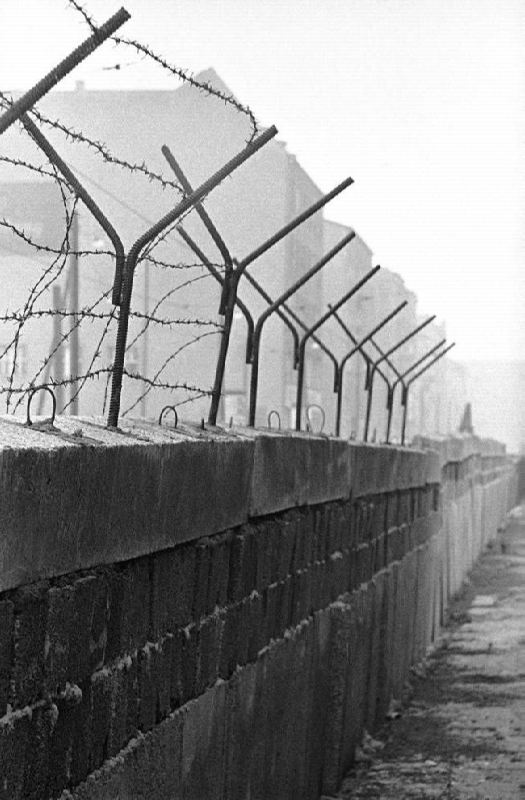 Strengthening of the Berlin Wall, September 25, 1961 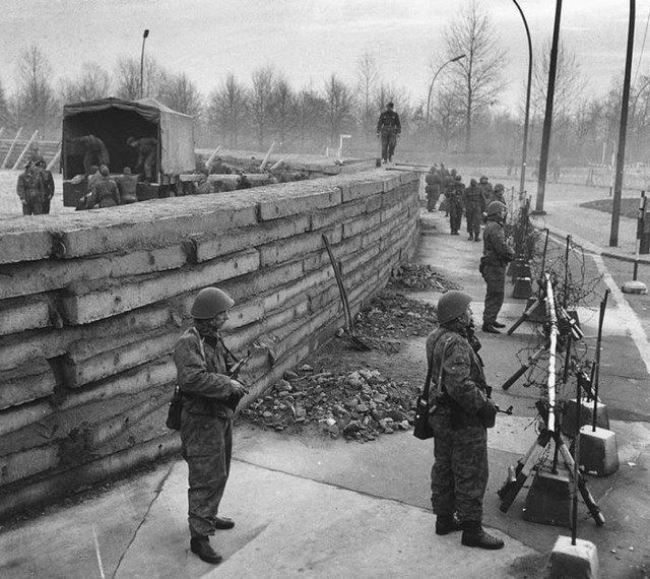 Soldiers at the Wall 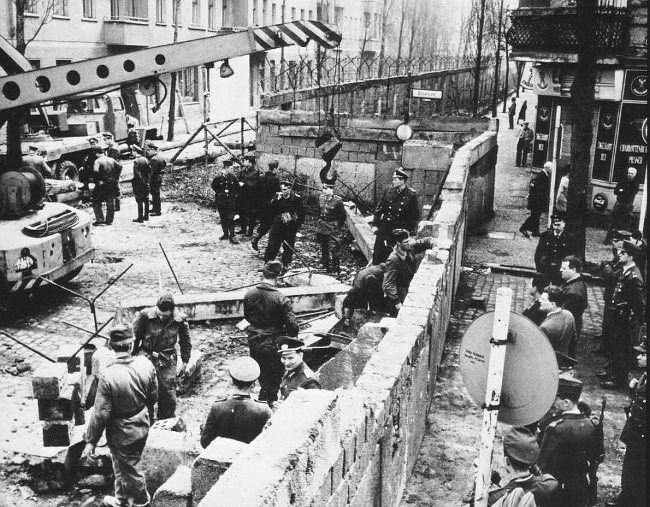 The beginning of the construction of the Berlin Wall 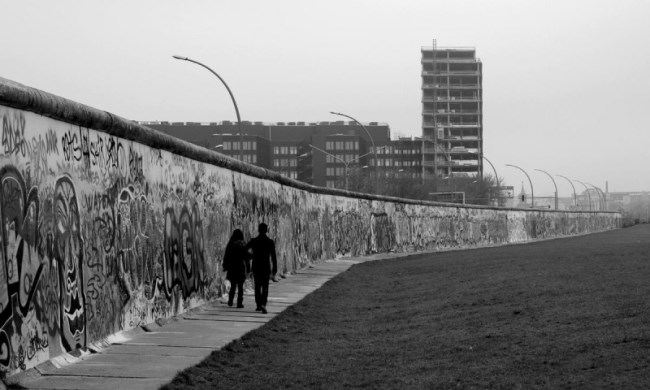 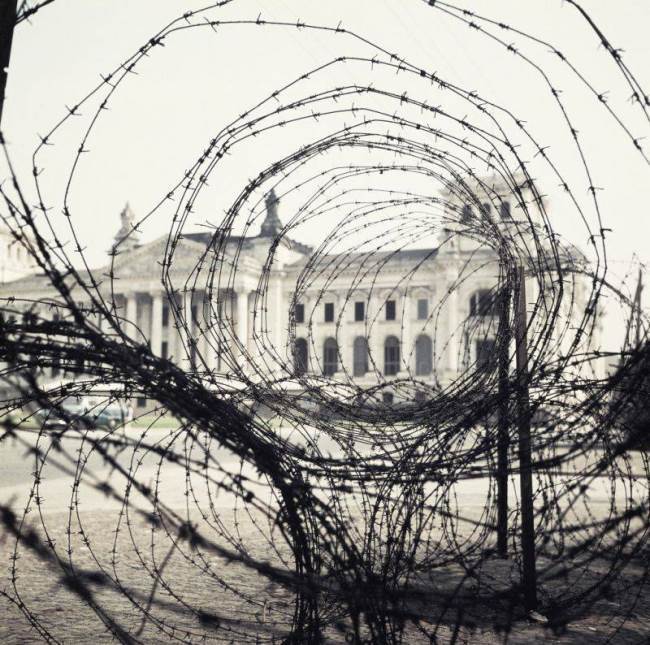 The building of the Reichstag through the wire fence, September 5, 1961 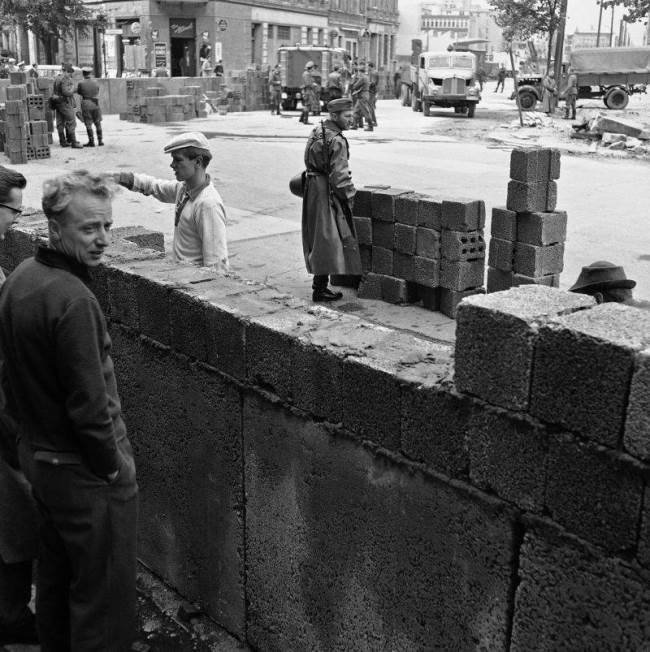 The construction of the wall in East Berlin, August 18, 1961 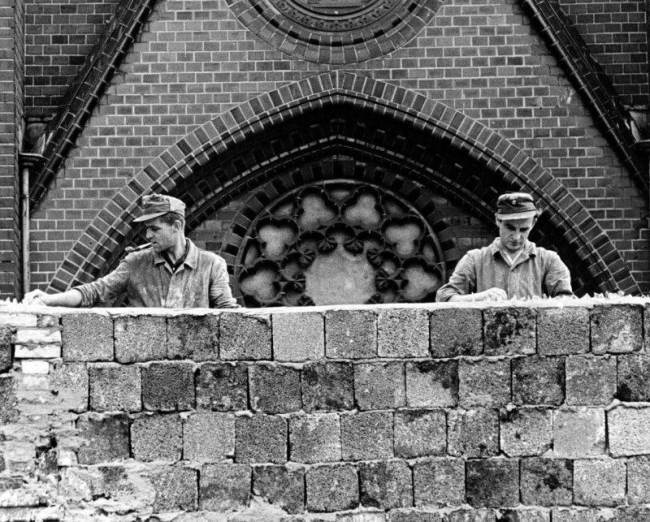 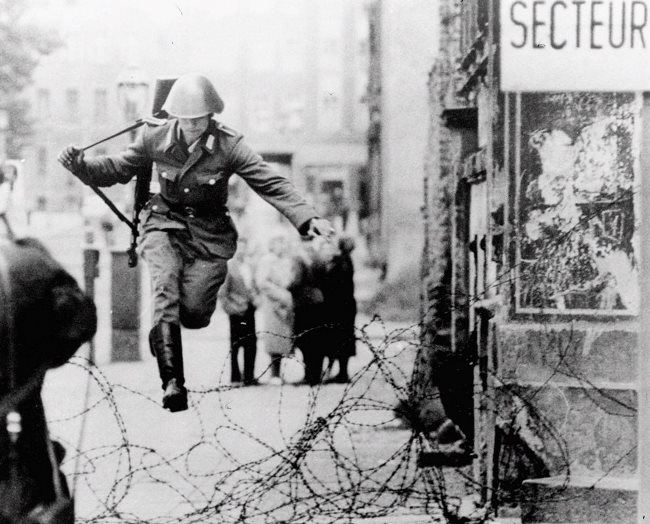 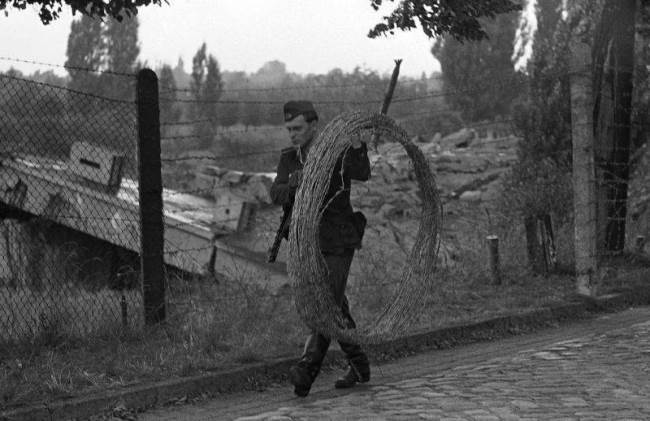 The soldier is carrying a large roll of barbed wire, August 21, 1961 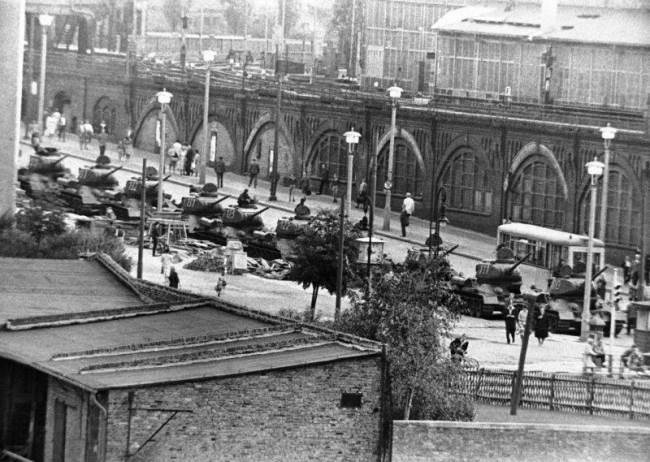 The tanks at Varshauerstrasse in Berlin, August 13, 1961 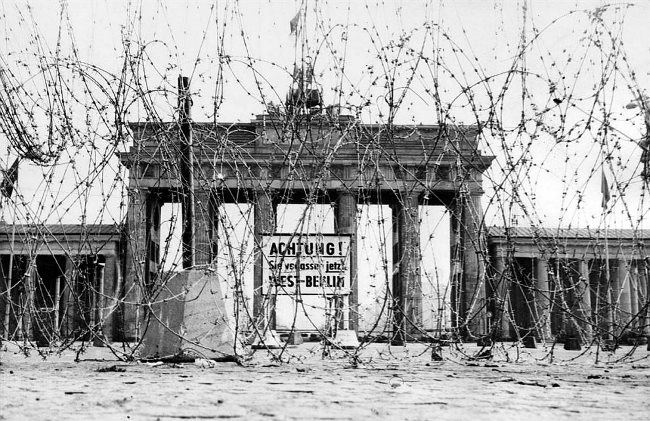 The wall was surrounded by barbed wire 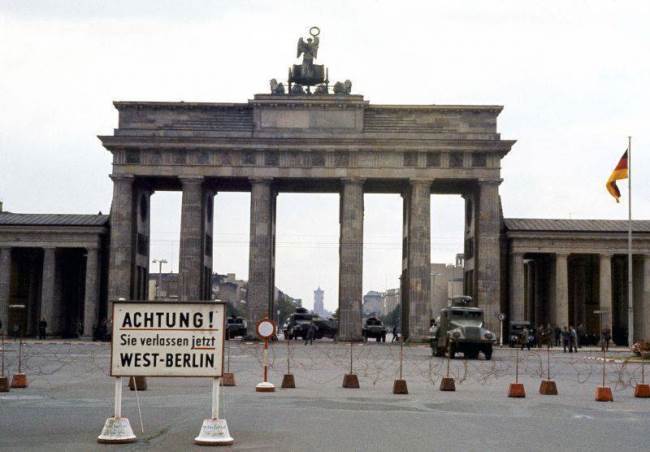 View of the Brandenburg Gate from the side of West Berlin, August 13, 1961 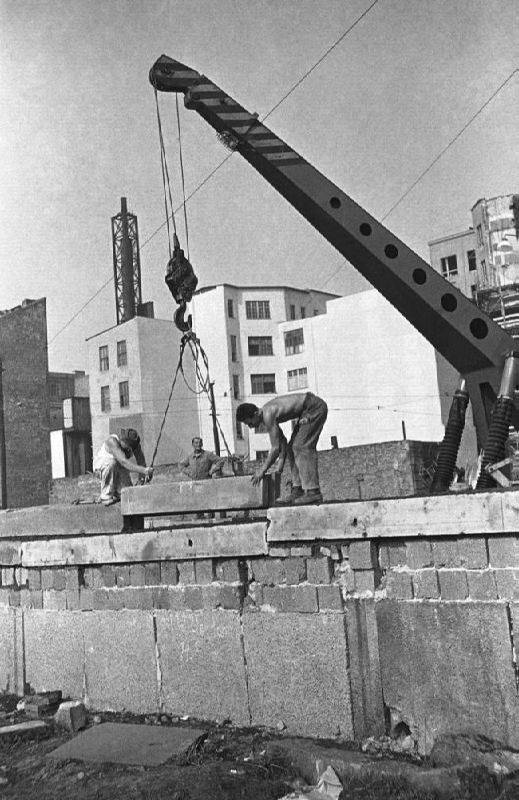