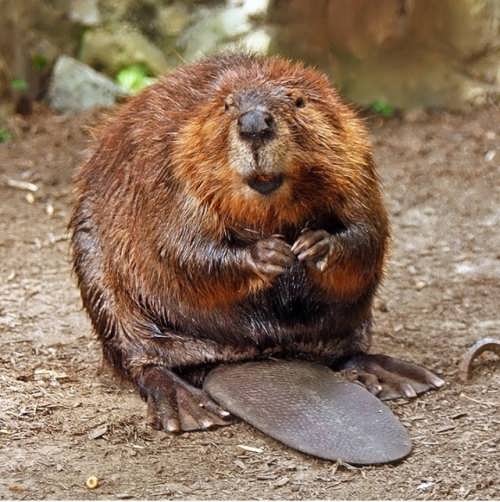 Beavers are skillful builders. They use branches, stones, and mud to build dams that block the flow of water and create a large pond. Beavers live in dome-shaped lodges built in the still waters of these ponds. Beavers use their teeth to cut down young trees and work in groups to build dams. Some dams can be hundreds of feet long, and several feet high. Their dams are the only structure built by animals that can be seen from space.
They are rodents and are related to mice, squirrels, and muskrats.
There are two species of beaver. The American beaver is found in North America. The Eurasian beaver lives in parts of Europe and Asia.
These animals live in rivers, streams, and lakes, but they also spend some time on land. Beavers can stay underwater for up to 15 minutes. The nostrils and ears have skin flaps that serve as valves to keep water out.

Beavers are about 1.3 meters long, including the tail. Its tail is scaly, flat, and shaped like paddle. It can weigh as much as about 40 kilograms and only capybara is larger rodent with the weight of up 50 kg. However, 10,000 years ago there was a giant beaver that weighed several hundred pounds. It lived in North America.
Beavers are social animals that form a colony. The oldest female is the central individual in the group. The average colony size is about six animals. They live 14 years in wild; however, this age can be increased almost threefold in captivity.
Beavers are most active between sunset and sunrise. They mostly eat the inner bark and cambium of trees and shrubs, as well as the buds, leaves, and flowers of woody plants.
They do not hibernate—they remain active in their lodges and beneath the ice of their pond. During winter they mostly feed on underwater piles of branches and twigs.
The pelts of beavers are valuable in the fur trade and are largely used in making coats and hats. They are sometimes hunted for meat.
Catholic monks believed that beavers were fish)
Beaver can be found in European heraldry on the Norwegian, German, Polish, Swiss, French and Russian coats of arms. 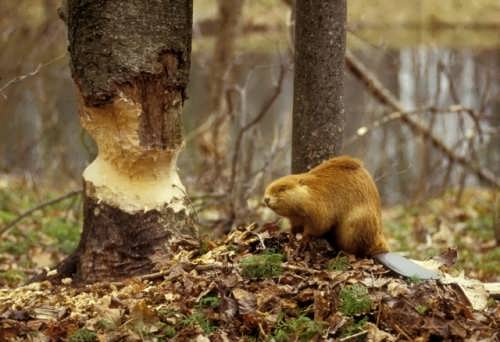 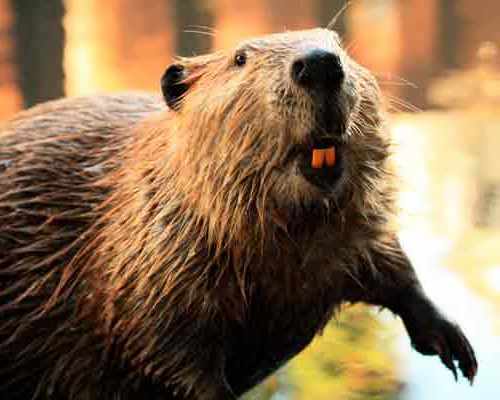 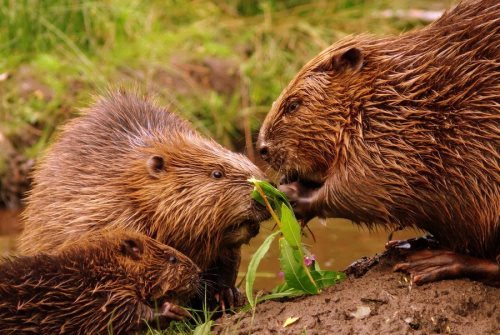 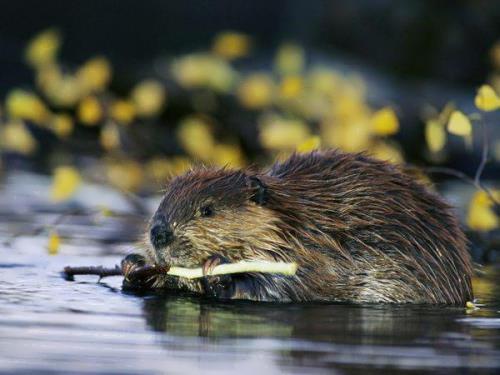 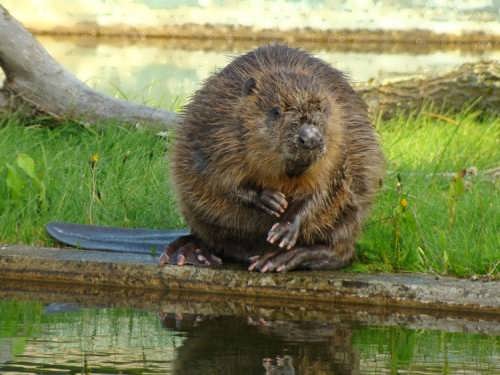 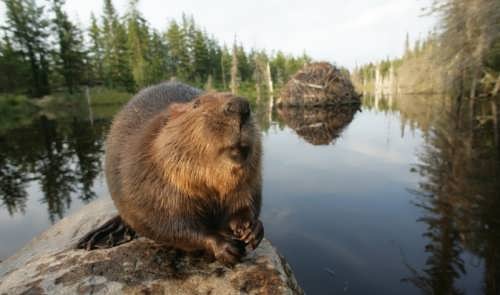 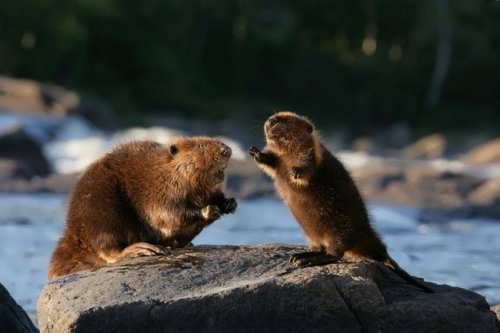 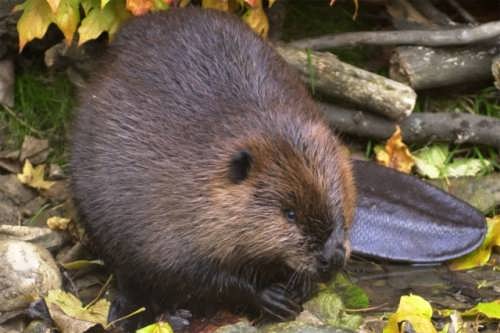 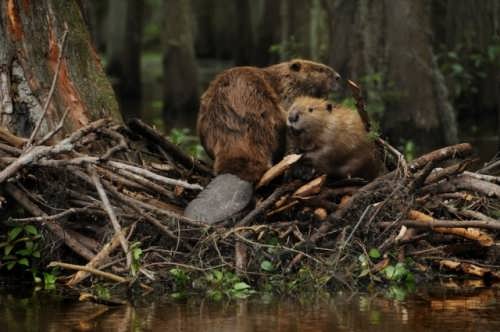 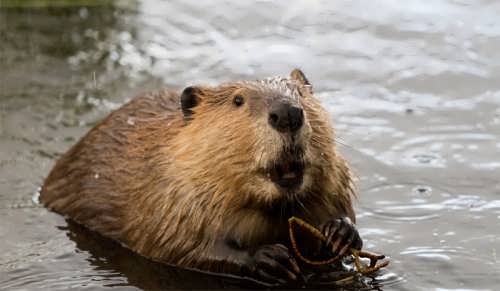 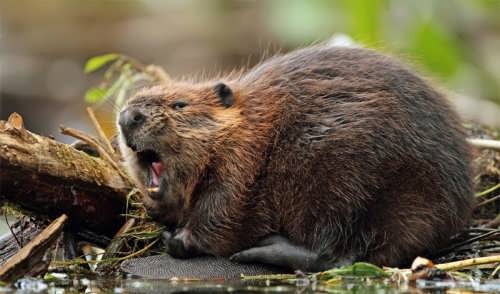 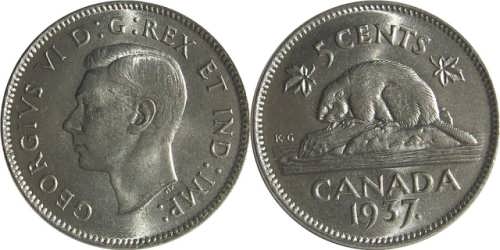 Beaver on the Canadian coin 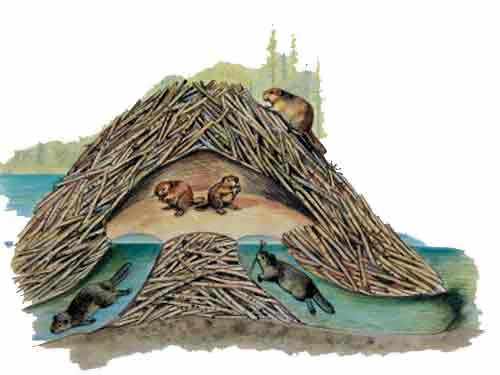 House of the beavers

Beavers on the coat of arms 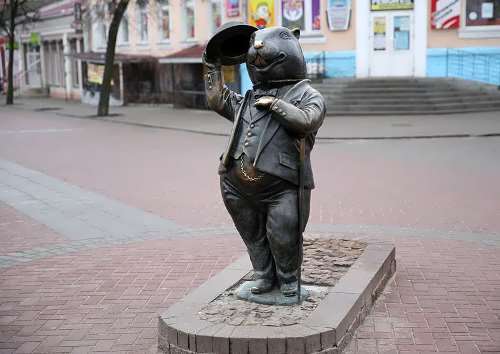 Monument to beaver in Bobruysk 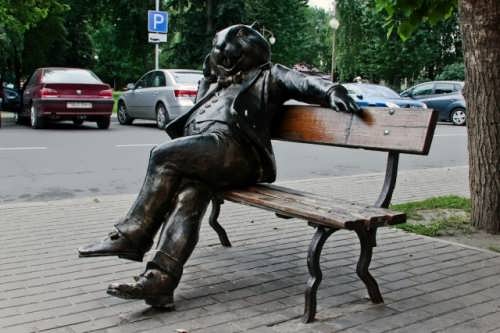 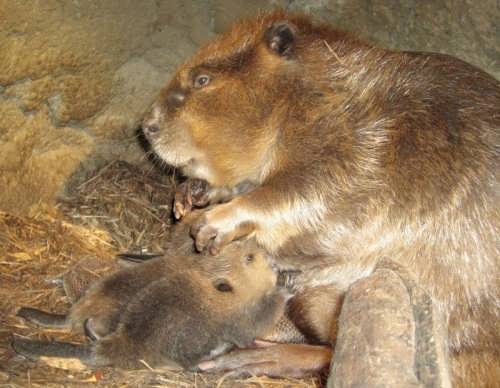 Mother beaver and her babies 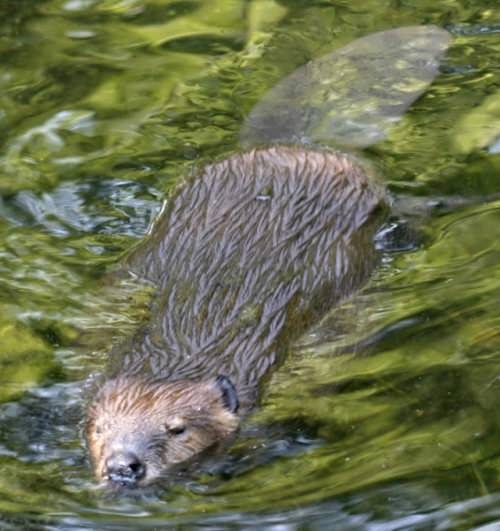