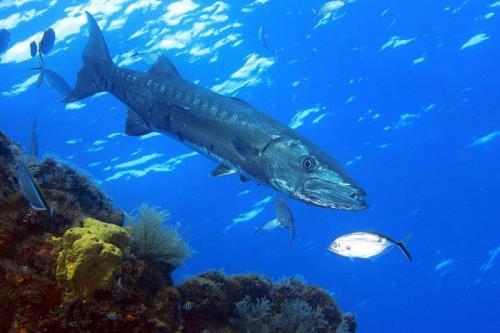 Barracuda is one of the fiercest fish in tropical waters. They circle around groups of smaller fish until the fish huddle together in fear. The barracudas then dive in and slash the fish with their teeth. The great barracuda sometimes even attacks human swimmers.
Barracudas live in warmer parts of the Atlantic and Pacific oceans, including the Caribbean Sea. There are about 20 species and some of them can be poisonous.
It is a long, cylindrical, silvery fish. Their silver coloring and elongated bodies make them difficult for prey to detect. Barracudas have long mouths filled with large, knifelike teeth. They have two fins on the back and small scales on the body. These fish are average about 1 meter in length. The great barracuda can reach a length of 2 meters and weighs more than 50 kg, and it is an aggressive fearsome predator of other fish. The great barracuda (Sphyraena barracuda) can change color to match its background environment. Specifically, it is found in the west Atlantic from Brazil to New England and in the Gulf of Mexico.

The Pacific barracuda (Sphyraena argentea) spends its winters off Mexico and joins a school in the spring to swim up the coast. Males are mature when they are two or three years old; females mature one year later. The female Pacific barracuda lays her eggs and they float freely in the water.
Barracudas eat mainly smaller fish, such as mullets, anchovies, and grunts.
When barracudas are mature, they usually swim alone, but sometimes they tend to school.
Barracudas are curious animals and commonly follow and watch divers. Unlike sharks, barracudas only attack their prey one time, usually with one massive bite. 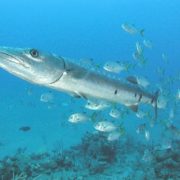 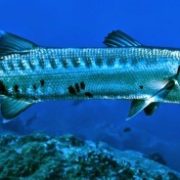 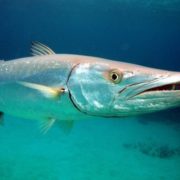 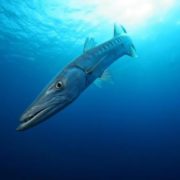 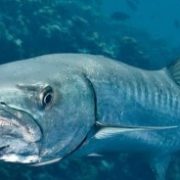 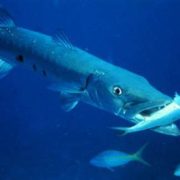 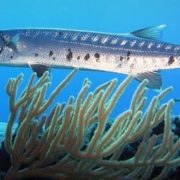 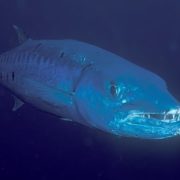 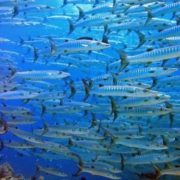