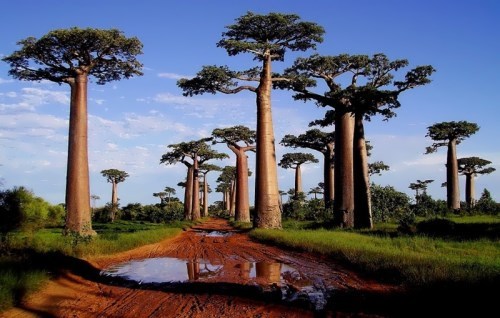 When the Europeans saw the giant trees that grew “upside down” they decided that they were the eighth wonder of the world! But the natives disappointed white people: it turned out, that baobabs served their sentences in hot African savanna…. Once upon a time the Creator planted the trees in the valley of the Congo River, but they began to complain about the dampness. Then the creator became angry and threw the baobabs on dry land. Since then, they grow upside down.
No other representative of the flora does not cling to life as fiercely as baobab. Fire can burn wood, but the tree will grow! When it is cut down new roots will grow. By the way, its roots are tens and even hundreds of meters long. The diameter of the trunks of the trees on the average reaches 10 meters and circumference – 30-40 meters! It is one of the thickest trees in the world. Baobab tree is a natural reservoir, which can contain up to 120 thousand liters of water! In times of drought the tree consumes the “gold reserves” and becomes a little thinner.

Due to the oversaturation of the water the wood rots. Therefore, the old baobabs, those which are more than thousand years old are most often hollow inside. Quite often, people live in baobab. And in the north of Australia baobab is used as the city jail. It is also the case when the tree is used as a bus stop.
Doug and Heather van Heerden even opened a bar in the hollow baobab. In 1990 they bought a farm in Limpopo Province, 500 kilometers from Johannesburg (South Africa). There was an outstanding 22-meter-high baobab and the trunk had a circumference of 47 meters. Radiocarbon analysis showed that its age was 6,000 years. At least a thousand years older than the Egyptian pyramids! There are two rooms inside the tree with a total area of almost 50 square meters. 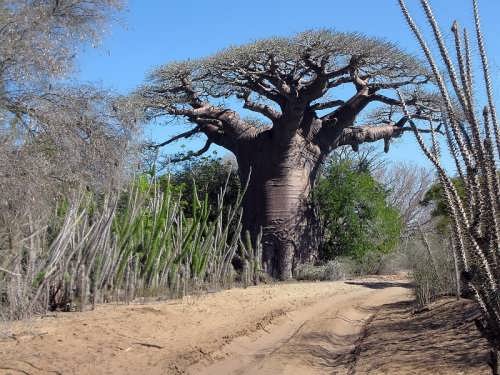 Baobab blooms only one night. Aroma attracts bats which pollinate it.
The natives called the baobab tree of life. The Africans make a rough strong fiber of its bark to make fishing nets, rope, paper, and even clothing. Boiled leaves are eaten. The roasted seeds are brewed like coffee. The fruits are eaten raw and are used to make lemonade. By the way, baobabs are also called “lemonade” trees.
Baobab is on the coat of arms of two countries. 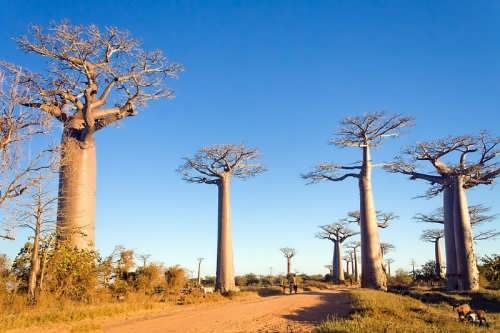 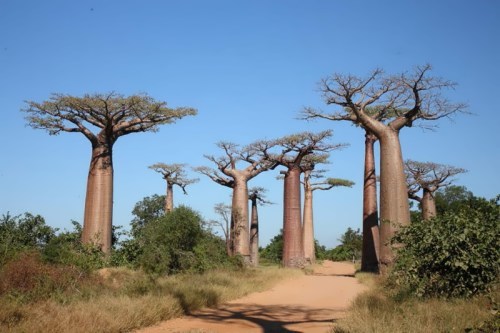 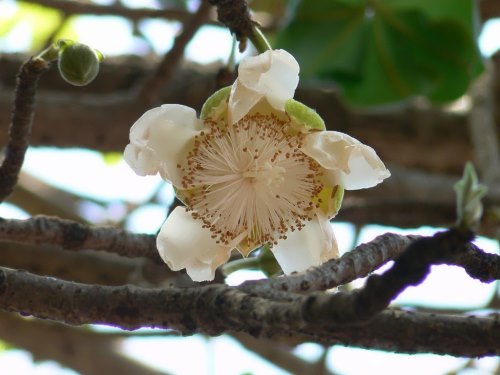 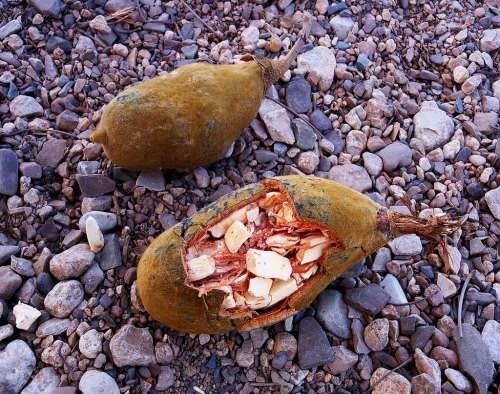 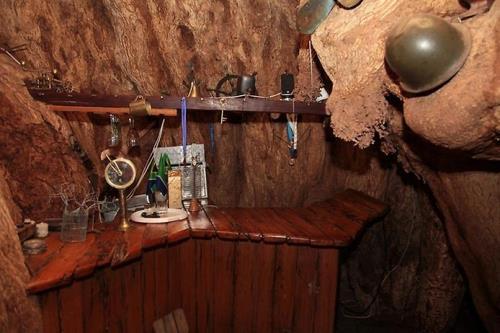 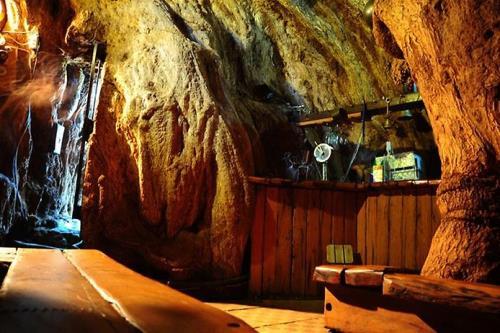 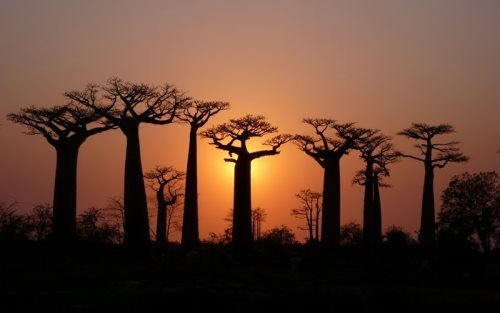 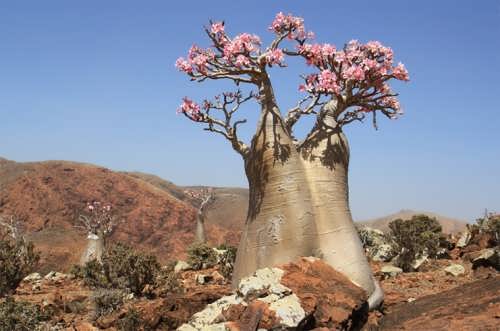 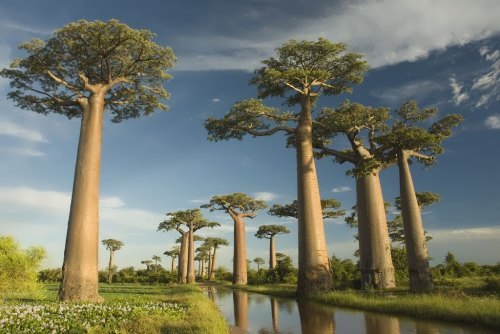 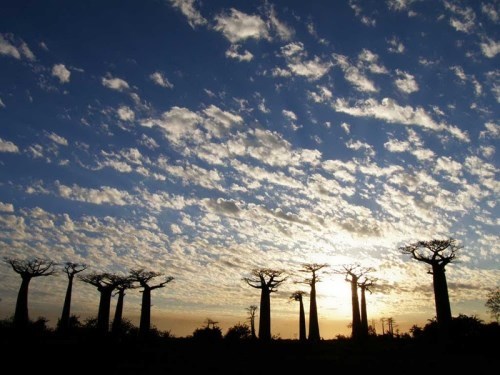 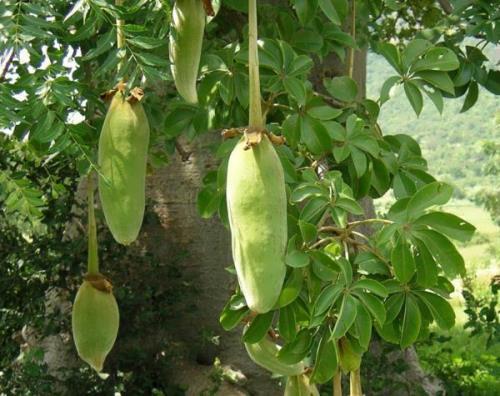 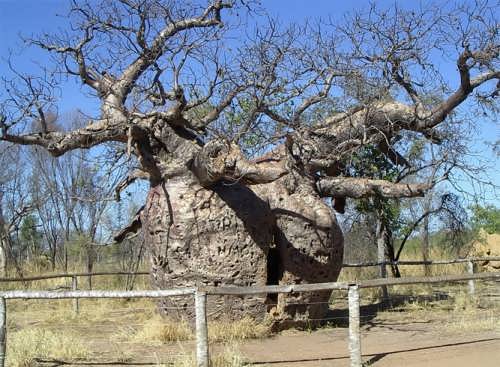 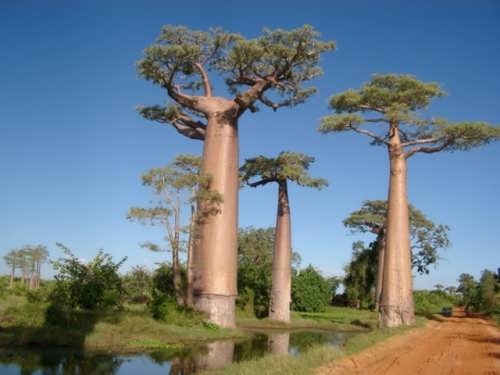 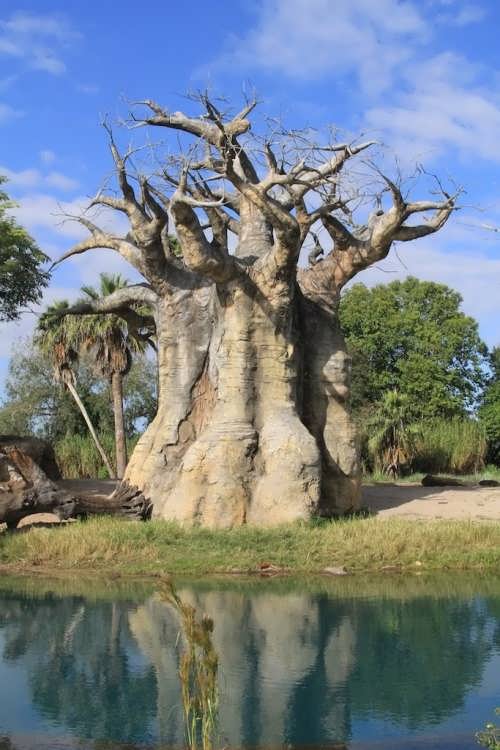 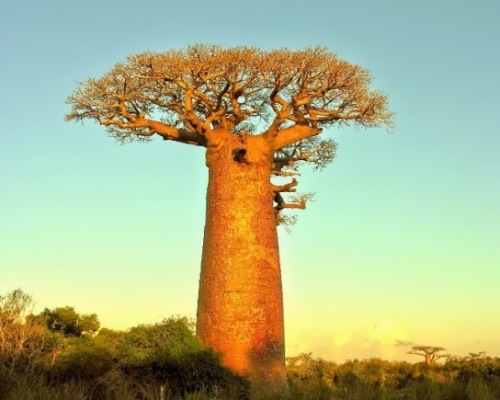 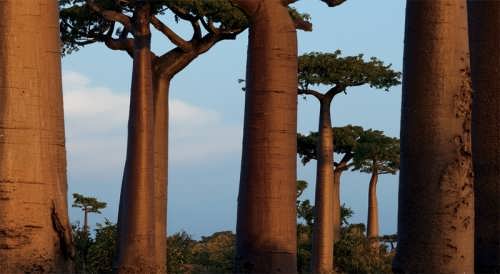 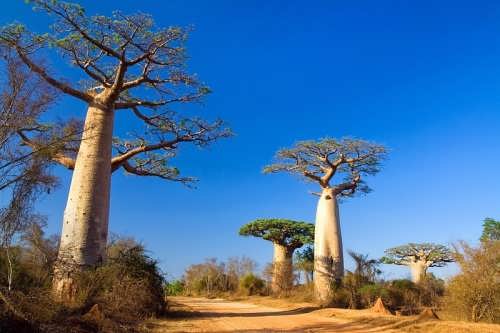 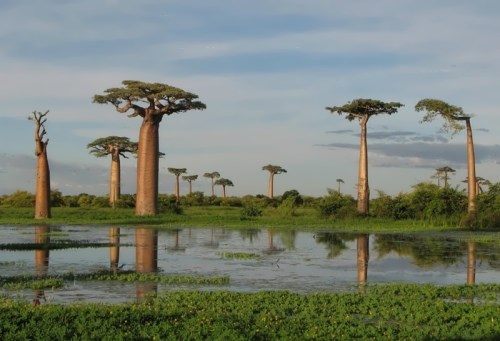 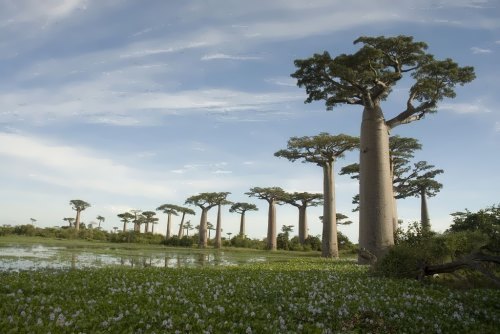 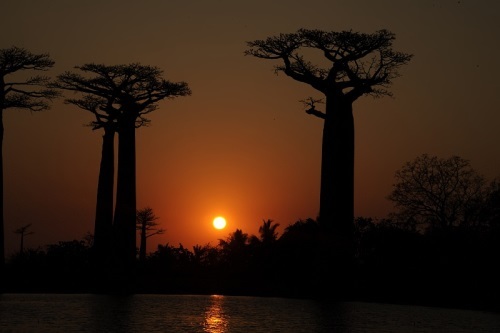 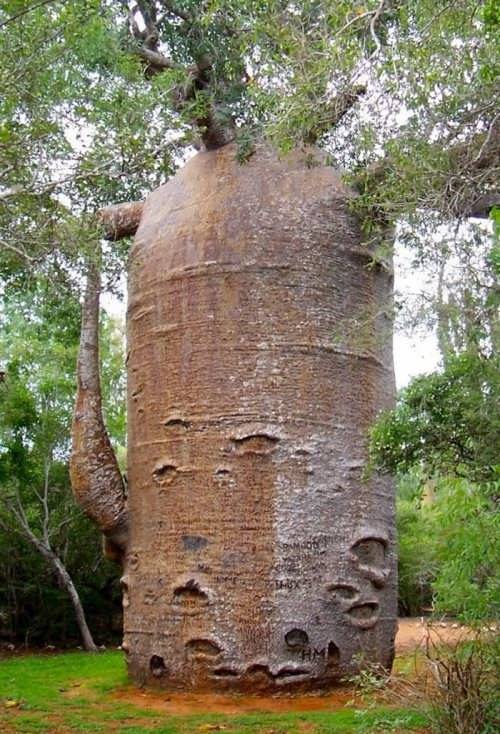 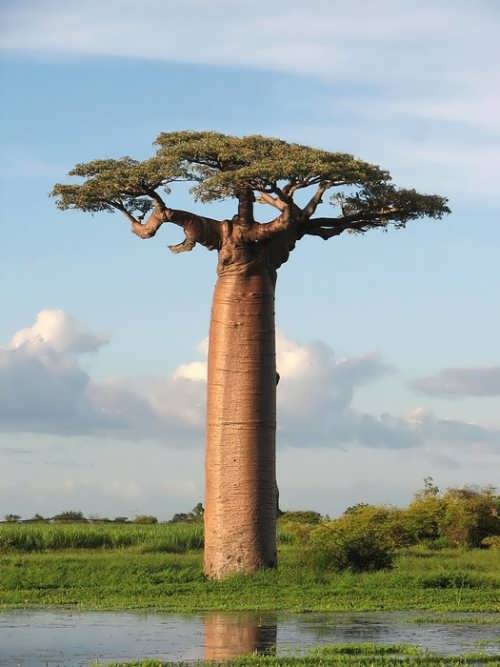 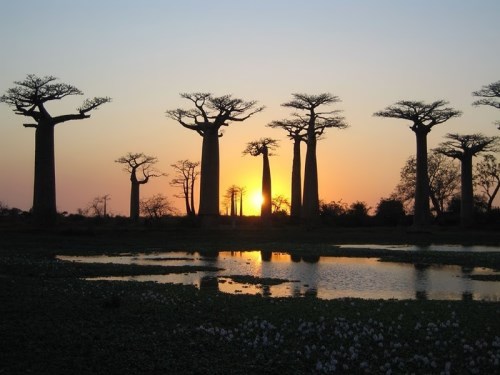