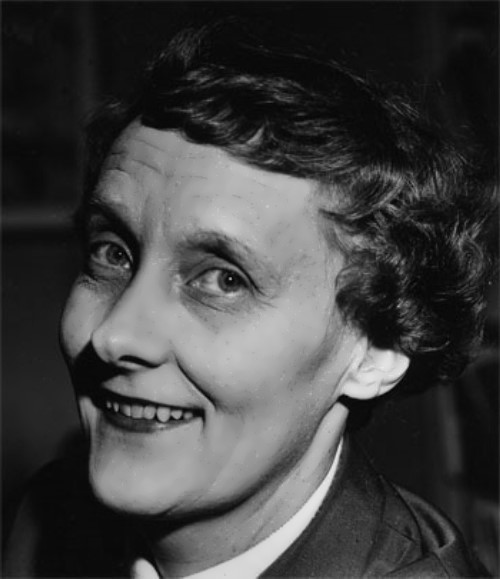 Astrid Lindgren was a great Swedish writer. Readers of the twentieth century named her “Storyteller number one”. Fellow writers gave her Gold Medal. Statistics say that if you take all the editions of her books, you get 175 Eiffel Towers. But she wasn’t going to be a storyteller at all.
Astrid Ericsson (the birth name of the writer) was born in Småland, province of Sweden, in 1907. At school, she fell in love with her classmate. The result of the “great feeling” was Astrid’s pregnancy and an ardent admirer suddenly disappeared from her life. It was a tragedy. If anybody had learned about it, it sure would have been a great shame. Therefore, parents sent their daughter to Stockholm. Big city hid “the little sin” of the girl. Astrid gave birth to a son and named him Lars. The young girl became a secretary in a small company. She was very hardworking, could arrange any meeting and maintain a conversation with any client. Other firms also wanted to have a brilliant worker. Sture Lindgren, charming chef, solved the problem simply and elegantly: he made a marriage proposal to Astrid. However, the fairy tale of Cinderella, who married the boss, didn’t end as desired. Mr. Lindgren became a director of the Swedish Automobile Trade Association and began to drink, waste money and spend months somewhere, forgetting about the family. By that time his daughter Karin was born. And Astrid understood why the tale of Cinderella ended with a wedding. Because it’s an end of a happy life, then follow gray days. When her husband died in 1952, Astrid decided not to get married again.

Her life wasn’t full of tales. And there was no time to think about them, especially when World War II began. In 1941, little Karin fell ill with pneumonia. There was no medicine. Astrid tried to cure her baby herself. The girl asked: “Mom, tell me a story!” And once she said hurriedly: “Tale about PippiLångstrump!” So Astrid began to invent a tale about the red-haired fidget.
Now this character is known as Pippi Longstocking. Astrid didn’t know how she could create funny stories, especially when her own daughter was ill, there was no heat, no food… Fortunately Karin got over the illness. And the tale was… forgotten. 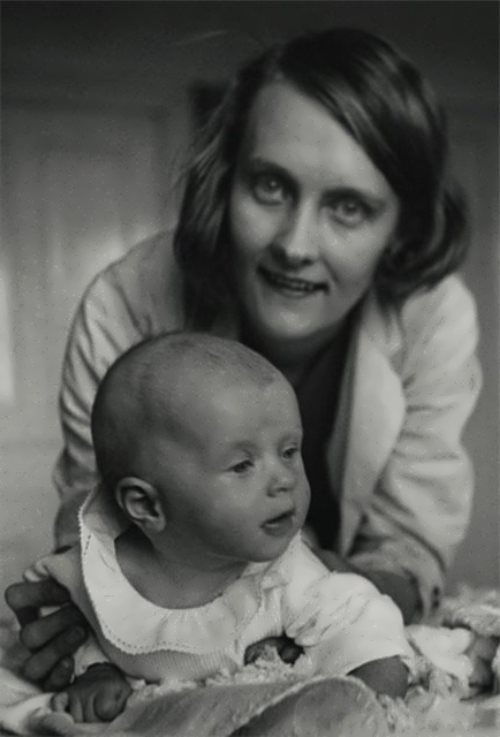 Astrid and her daughter Karin

However, the tale wanted to be heard and took measures. Astrid Lindgren forgot about her work and the fate cruelly made a request stop. On March 28, 1944 there was a snowstorm in Stockholm. Astrid fell on the icy track and broke her leg. She had to stay in bed for a long time. And the woman understood what her fate wanted her to do and began to write about restless Pippi’s adventures.
The “young” writer was almost 40 years old at that time. Astrid made two copies of the story. She gave one of them to her daughter as a birthday present and the other was sent to the publishing house. The answer was – “rubbish”, and editors asked not to send such stories any more. But Karen was sure that all children would read the story with enthusiasm.
In 1945, there was a competition for the best children’s work and Karin persuaded her mother to send “Pippi” there. And “Pippi” won the competition! The day after the publication Lindgren became beloved and famous, and the newspapers called her “Andersen of our days.”
Since then, Astrid had written more than thirty novels and stories, an endless number of short stories, articles, etc.. The Swedes really like brave Ronia (Ronia, the Robber’s Daughter) and clever Emil (Emil of Lönneberga). Carlson is very popular in Russia. This funny little man with a propeller appeared 10 years after Pippi – in 1955.
After receiving a fee for Carlson, Who Lived On the Roof Astrid bought a new apartment. Once she and Karen decided to find out who lived in their old house. The news was stunning – Mr. Carlson, who repaired… roofs, lived in their apartment. 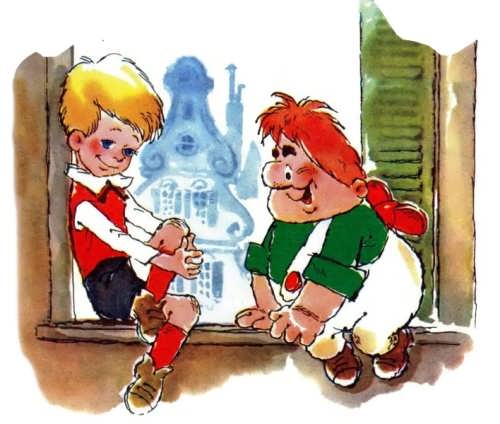 Carlson, Who Lived On the Roof

There is even Lindgren Land in the famous park in Stockholm, several museums devoted to her fairy tales, one of them is Junibacken in Stockholm.
On her 90th anniversary in 1997, Lindgren asked readers not to send her gifts, but send money to build a children’s medical center in Stockholm. This center, currently the largest in Northern Europe, called Astrid Lindgren Children’s Hospital. Astrid always took care not only of her children, seven grandchildren and nine great-grandchildren, but also the children of the world. All royal families sent their congratulations. The storyteller had a magical gift. Now Astrid Lindgren, like Carlson, can fly – in fact, one of the newly discovered stars got her name. Maybe on January 24, 2001 she flew to this star. 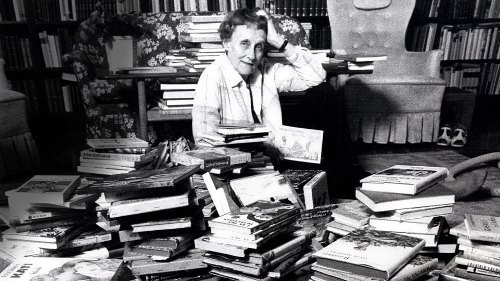 A. Lindgren – Storyteller number one 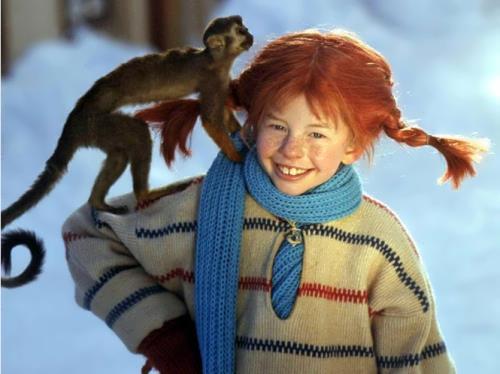