« Iceland – land of volcanoes and glaciers
Damascus – Pearl of the East »

Antelopes are plant-eating mammals. The impala, the addax, gazelles, gnus, and kudus are all antelopes. They live on the large, grassy plains of Africa and in the central and southwestern regions of Europe and Asia. There are many different kinds of antelope.
They have hooves and are generally about the same size as most goats and deer. Their coats are golden, reddish tan, or gray. Antelopes have excellent senses of smell and hearing. The impala can make leaps as long as 9 meters. Antelopes can run up to 80 kilometers per hour.
They feed on young green leaves, fruit, and buds.

These animals travel in herds of several hundred animals.
Female antelope is called doe.
Antelopes are noted for the beauty of their horns. Some are spiral in shape, others are ringed, lyre-shaped, or S-shaped. The horns can be as short as 2.5 cm or as long as 1.5 m. The Grant’s gazelle has horns that are as long as the shoulder height of the animal. 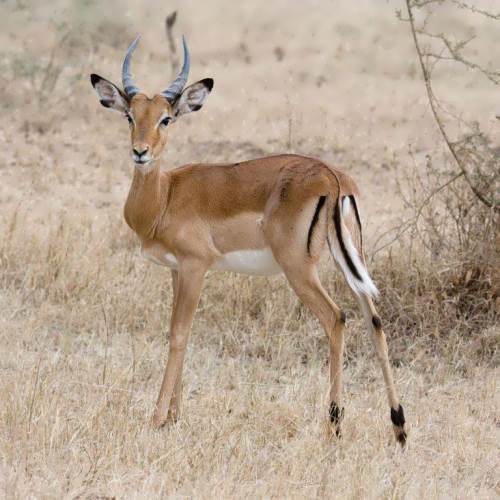 There are 13 species of dwarf antelopes. They range from extremely small (1.5-2 kg) hare-sized royal antelopes and dik-diks to the medium-sized oribi and beira weighing from 10-25 kg. Dwarf antelopes are found throughout the sub-Saharan regions of Africa. Their horns are short, straight spikes found only in the males, although klipspringer females sometimes have horns. Dwarf antelopes are in lifetime monogamous relationships. Female gives birth to one offspring at a time. The gestation period is around six months.
Now the saiga antelope only occurs in a relatively small part of its former range, mostly in Kazakhstan. Much of its natural habitat has been converted to agricultural use. Its body length is 1.2-1.7 m and it weighs 36-69 kg. Male saiga antelopes have horns. The horns are sought for use in traditional Chinese medicine, because of their presumed pharmaceutical qualities. 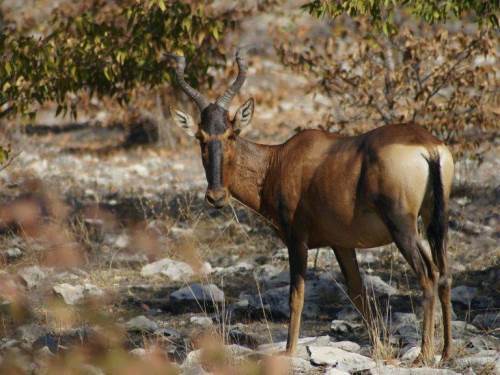 The addax is a large antelope whose coat is gray-brown in winter and almost white in summer. An average addax measures about 1.5 meters in length and about 1 meter in height at its shoulder. It weighs between 60 and 130 kilograms.
The dama gazelle is a graceful antelope found in the Sahara Desert region of Africa. It has long legs, a long neck, and ringed horns curved back in the shape of a lyre. The dama gazelle is vanishing from its traditional range because of illegal hunting, habitat destruction, and competition for food from domestic livestock.
Antelope is a symbol of grace and elegance in the tradition of the Middle East. In Asia Minor and Europe antelope is a lunar animal associated with the Great Mother.
In heraldry antelope symbolizes the fierce strength and danger. In this case, it is depicted with the head of a tiger with tusks, powerful body of a deer and a tail of unicorn. 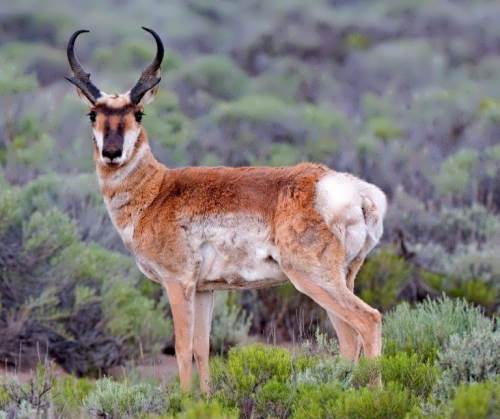 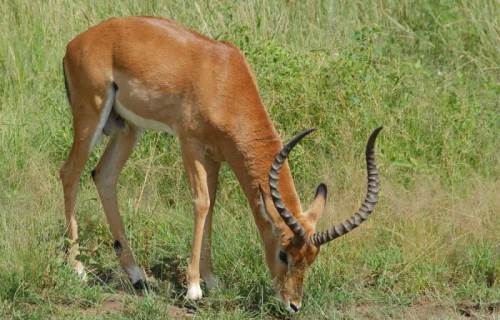 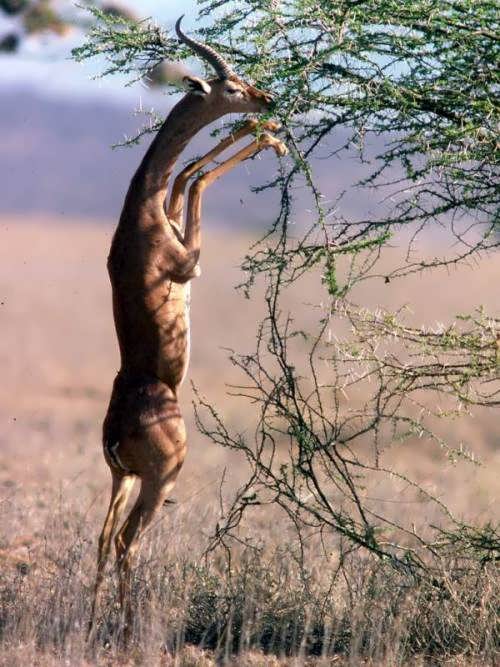 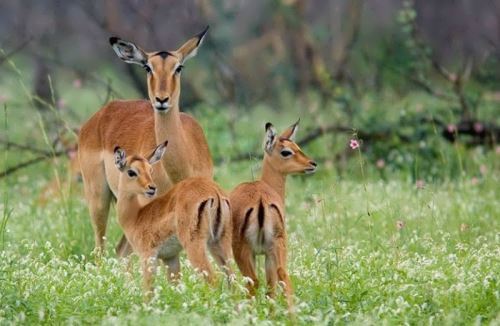 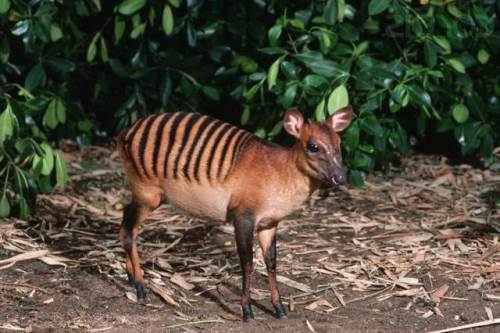 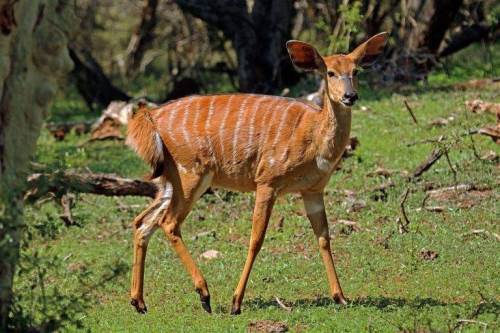 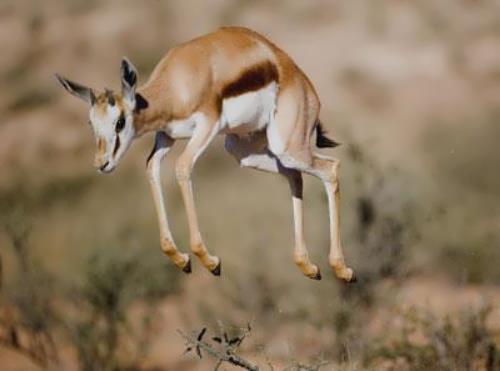 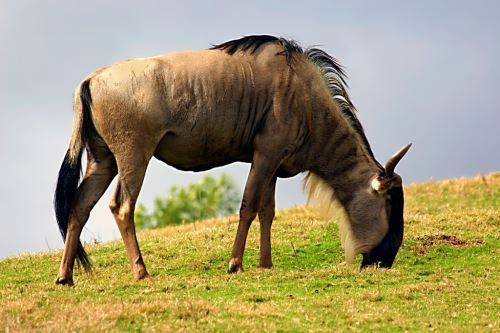 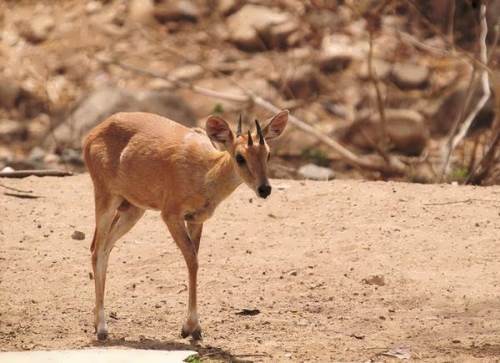 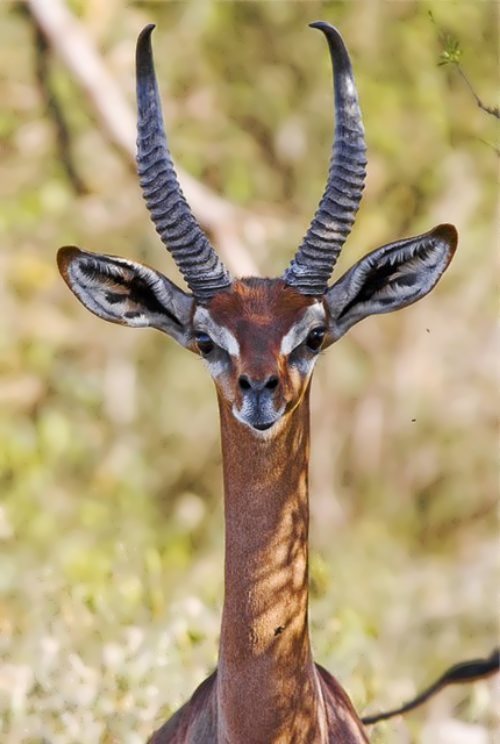 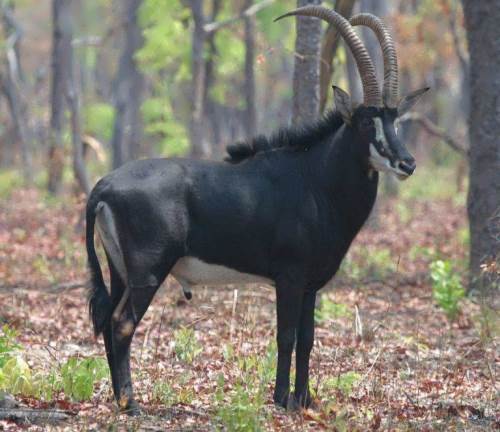 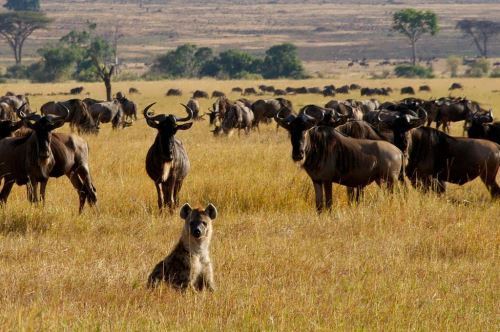 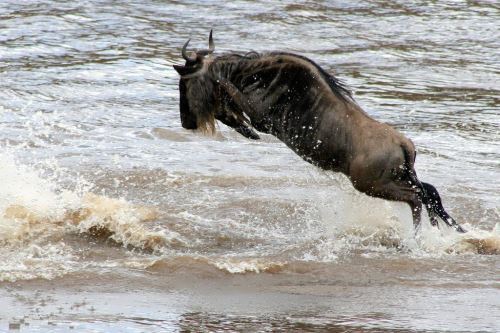 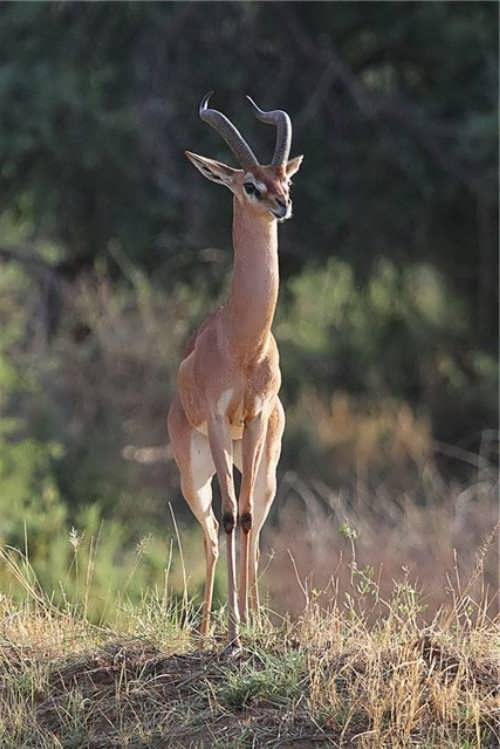 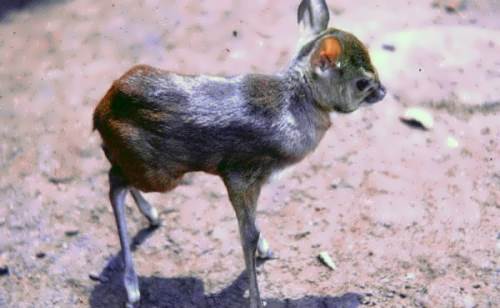 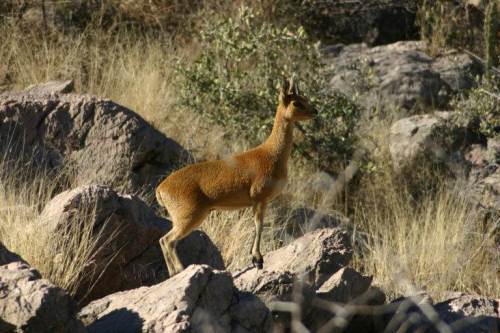 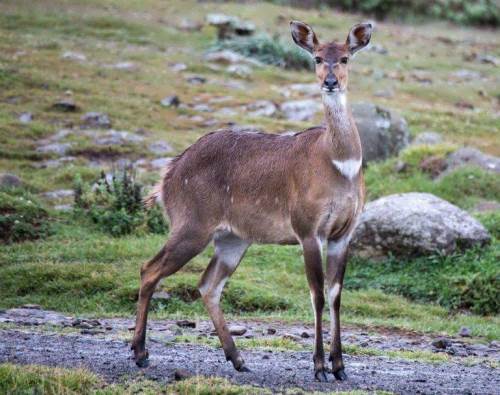 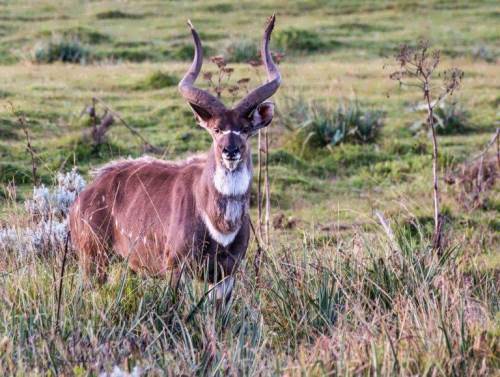 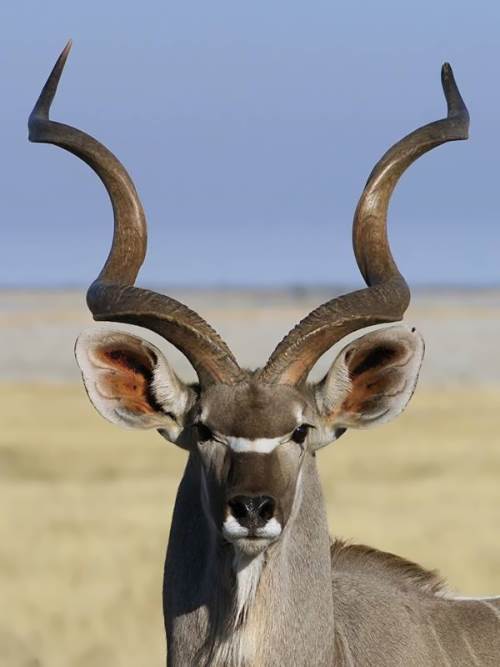 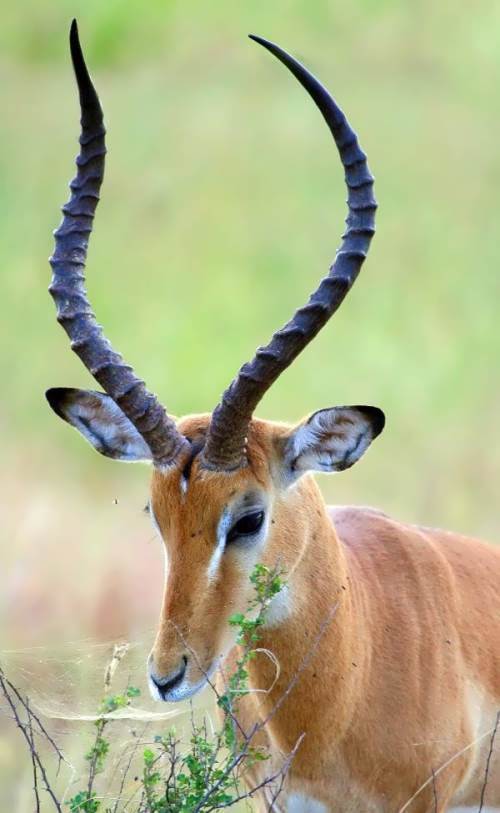 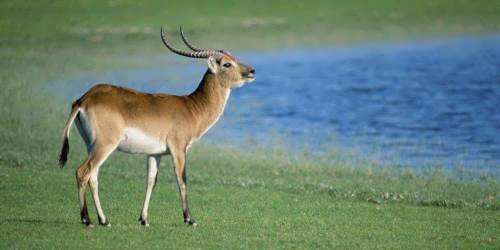 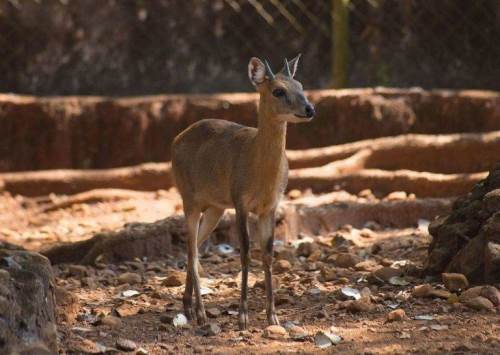 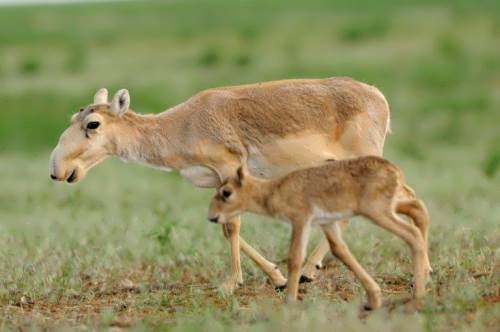 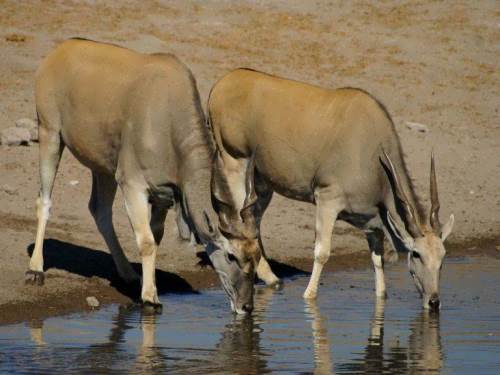 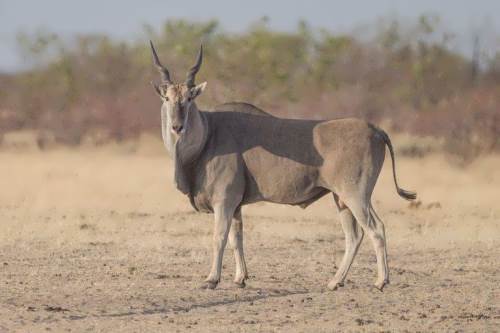 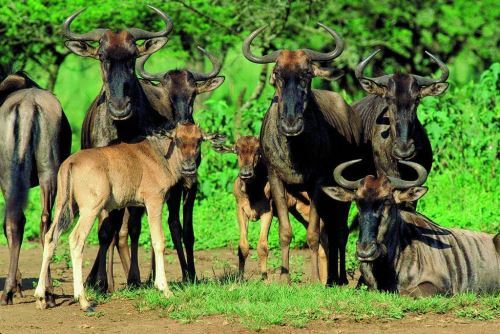 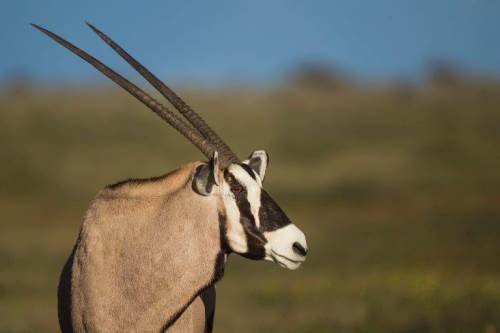