Anteaters are curious-looking animals. It has long, narrow body which is covered by shaggy gray hair with black and silver-white stripe. They have distinctive long, cylindrical snout with small eyes and ears. They have no teeth at all. Their saliva–coated tongue can extend almost 61 centimeters. Powerful front legs and claws allow the animal to break into termite and ant colonies and also provide a means of defense against predators. Their closest relatives are sloths, armadillos, and pangolins.
The habitat extends from Guatemala in Central America to Uruguay in South America. Scientists believe these animals are almost extinct over much of this great range because of habitat destruction. Although they are sometimes killed for meat and claws, and tail is also highly prized by hunters. Some people wrongly believe they attack dogs, cattle, and humans.

There are four species of anteater. The largest species is the giant anteater. It measures from 101 to 127 centimeters and weighs between 18 and 38 kilograms. Its shaggy tail can be from 66 to 89 centimeters long. It can eat up to 30,000 ants per day. 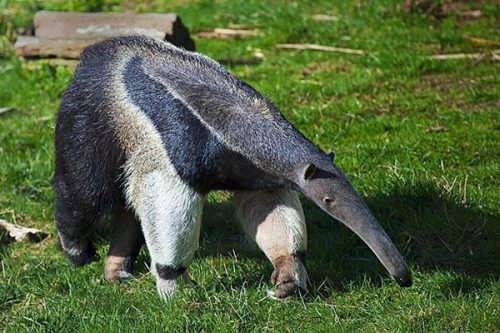 Lesser anteaters have tan, black, or tan-and- black coats. They live in trees and feed at night. They use their long, nearly hairless tails to climb on tree branches.
The silky anteater is the smallest, the size of a squirrel. It has a silky, yellowish coat and a long, furry tail. It spends most of the day sleeping in trees.
They are solitary animals and come in contact only to mate. A female gives birth to a single infant after a 190-day gestation period. The baby rides on the mother’s back and stays with the mother for more than a year.
Anteaters feed on ants, termites, bees, honey, larvae, and giant anteaters in captivity eat fruit.
They are pets for Amazon natives, who sometimes keep them to eat ants in houses. 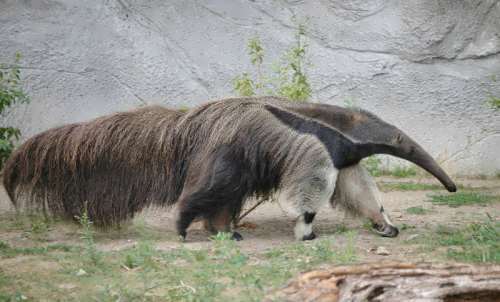 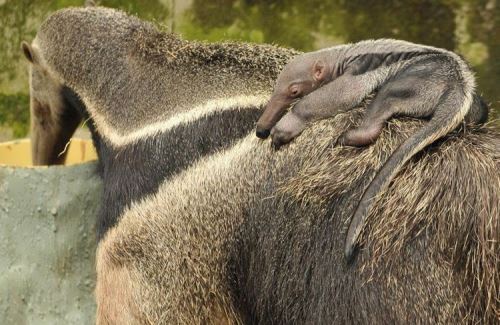 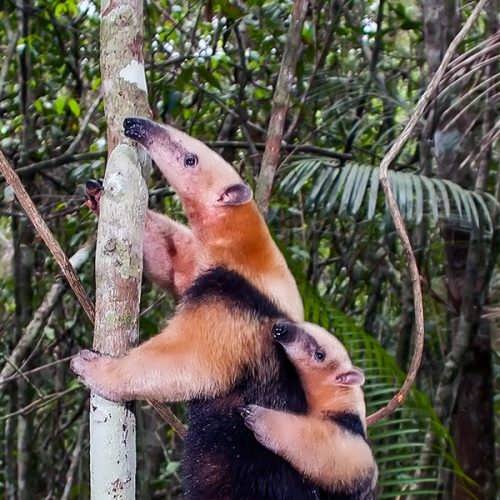 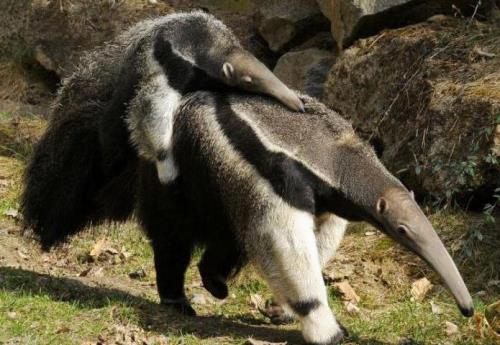 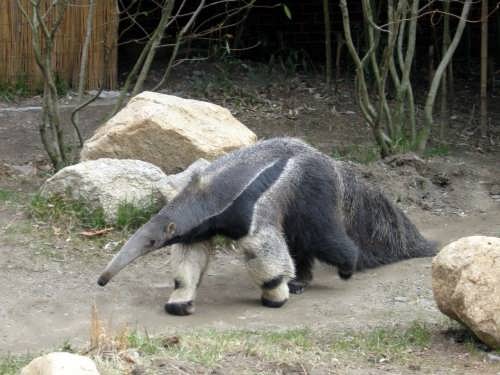 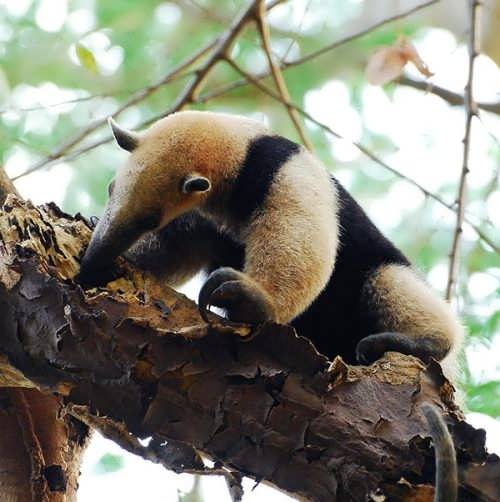 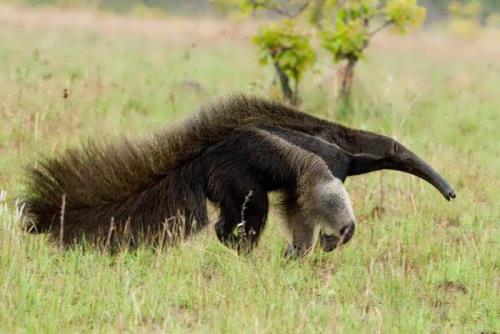 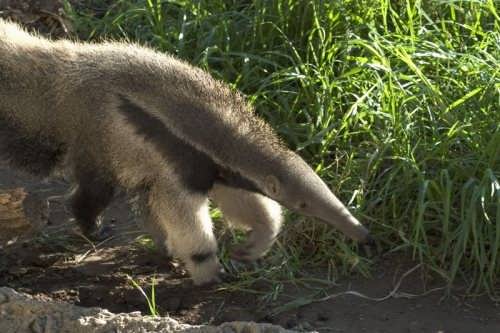 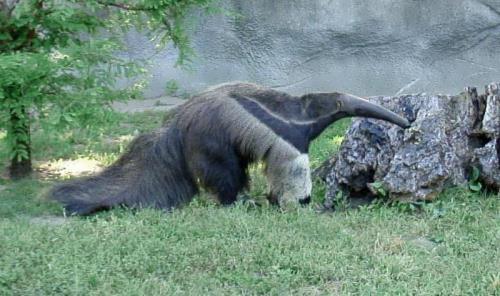 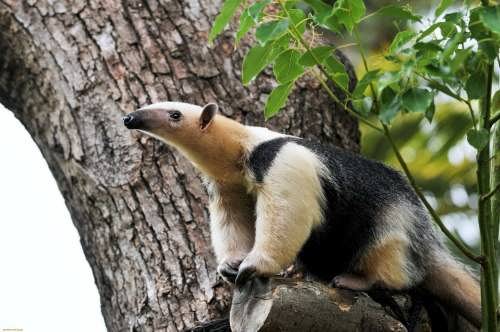 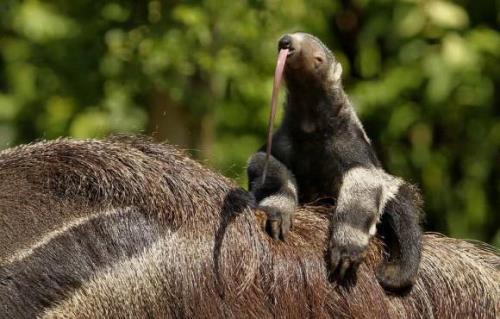 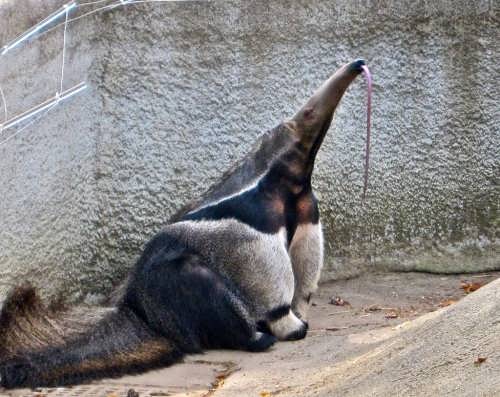 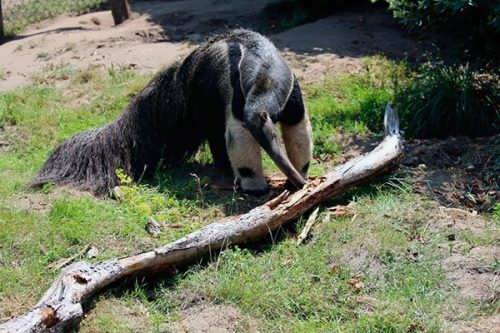 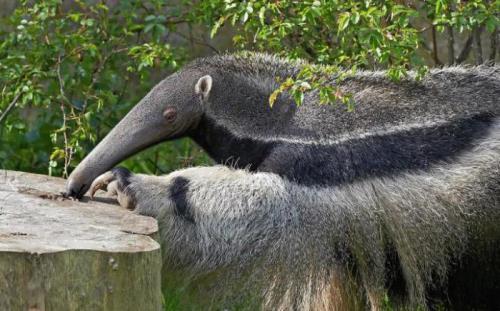 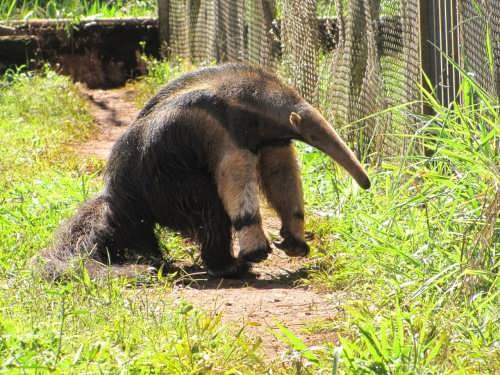 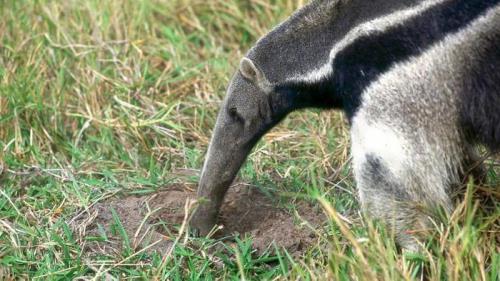 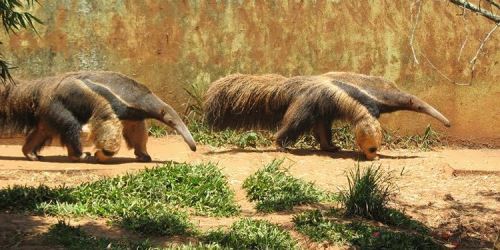 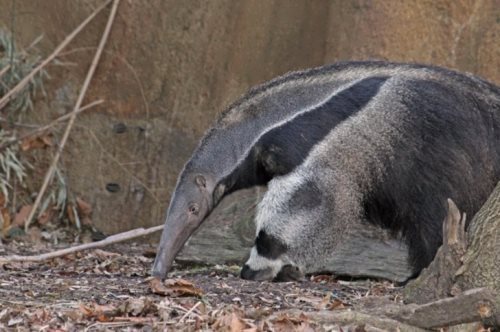 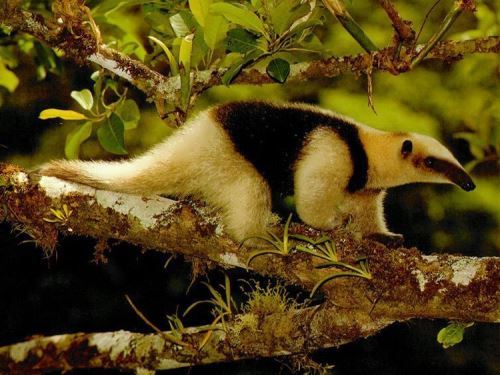 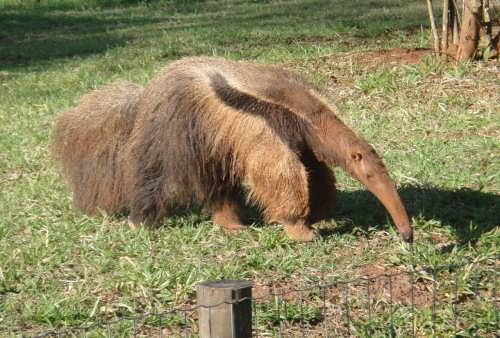