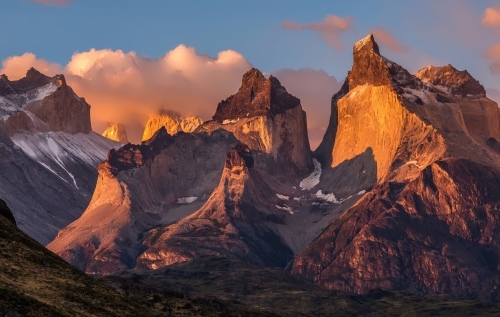 The Andes are the tallest mountains in the Western Hemisphere. Mount Aconcagua in Argentina is the highest peak – 22,831 feet high. The mountains run 8,900 kilometers and are the longest mountain chain in the world. They separate a narrow strip of land along the west coast of South America from the rest of the continent. The Cordillera Oriental is the eastern mountain range, and the Cordillera Occidental is the western range.
The best-known people ever to live in the Andes were the Inca. Machu Picchu, remains of the magnificent Inca city, can still be seen in the mountains of Peru. The Europeans arrived in the mountains in the 1500s.

Plant and animal life in the Andes varies based on height and climate. Animals of the Andes include pumas, chinchillas, llamas, guanacos, and alpacas. Andean condors are among the largest flying birds on Earth. 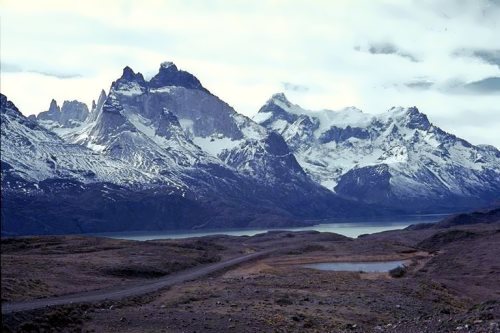 The Andean region is one of the world’s richest sources of minerals such as copper, iron ore, tin, lead, zinc, silver, gold, platinum, and emeralds.
Andes are a large inter-ocean watershed. The Amazon River and many of its major tributaries, as well as the tributaries of the Orinoco, Paraguay, Paranas, the Magdalena River and the Patagonia River originate in the Andes.
Andes also serve as the most important climate barrier in South America, isolating the territories of the Main Cordillera from the influence of the Atlantic Ocean and from the influence of the Pacific Ocean. The mountains lie in 5 climatic zones.
The Andes stretched across the territory of seven states of South America: Venezuela, Colombia, Ecuador, Peru, Bolivia, Chile, and Argentina.
Andes are the birthplace of cinchona, coca, tobacco, potatoes, tomatoes and other valuable plants.
A feature of the Andes is a large species diversity of amphibians (over 900 species). Also in the Andes there are about 600 species of mammals, over 1,700 species of birds and about 400 freshwater fish species. 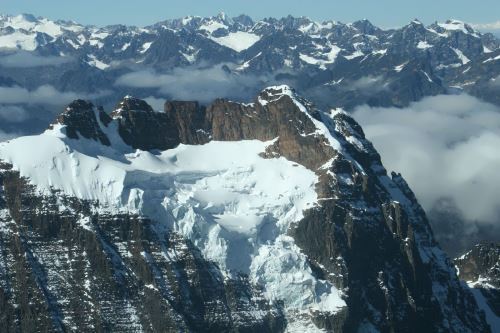 Interesting Facts
– The capital of Bolivia, La Paz, is the highest capital in the world. It is located at an altitude of 3600 m above sea level.
– The ruins of the city of Karal are 200 km to the north of Lima (Peru). It is believed that Karal belonged to the most ancient civilization of America and was built approximately 4000-4500 years ago.
– One of the most mysterious monuments of history in the world is the Sacsayhuaman Monumental Archaeological Complex, located north-west of Cusco, at an altitude of about 3,700 meters above sea level.
– The archaeological complex Moray, located 74 kilometers from Cuzco at an altitude of 3,500 meters, still admires not only archaeologists. Here are huge terraces which form a kind of amphitheater. Studies have shown that this structure was used by the Incas as an agricultural laboratory. The Inca planted 250 plant species. 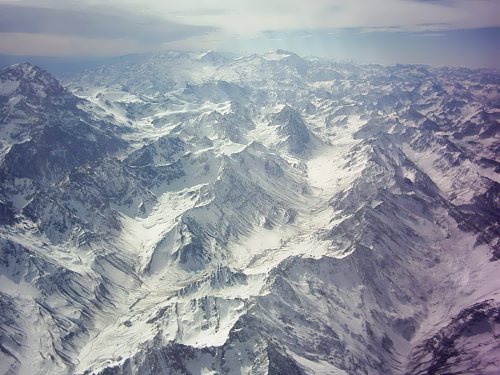 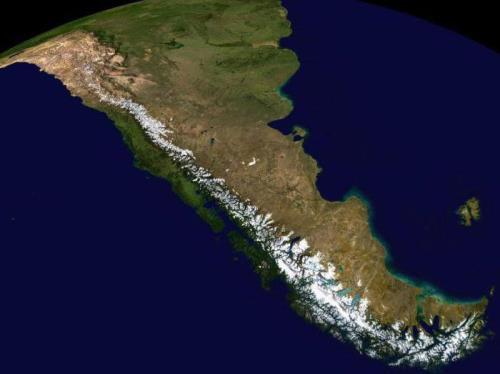 Andes on the map 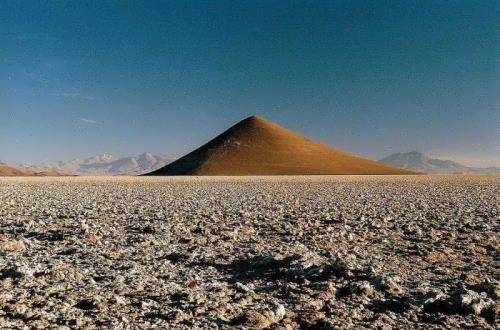 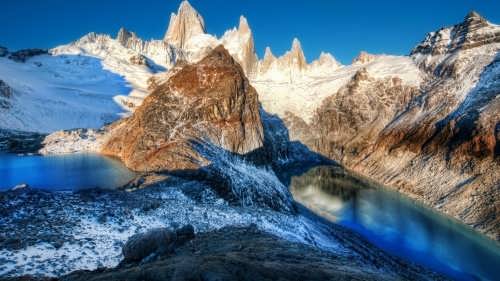 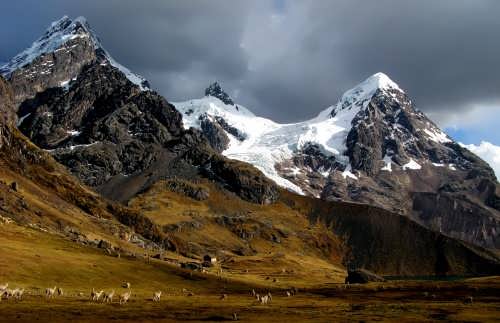 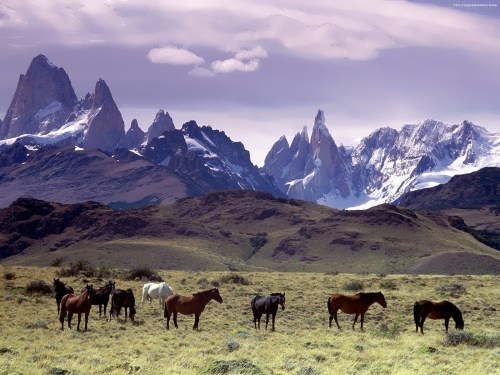 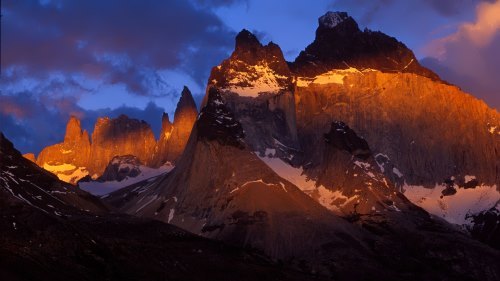 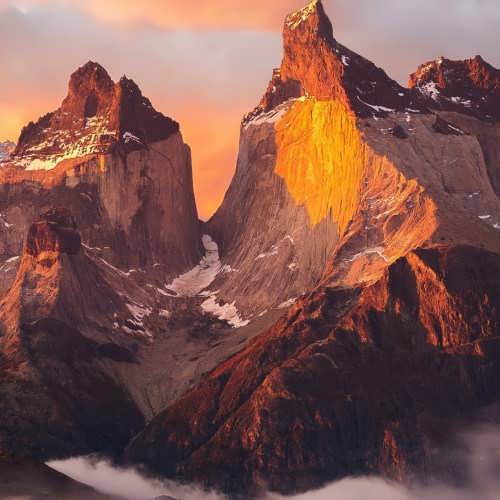 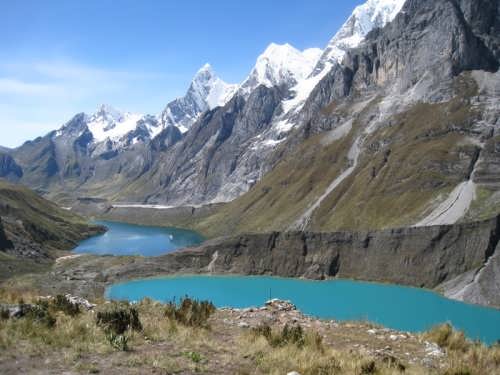 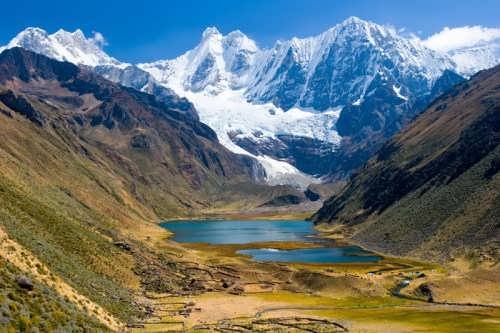 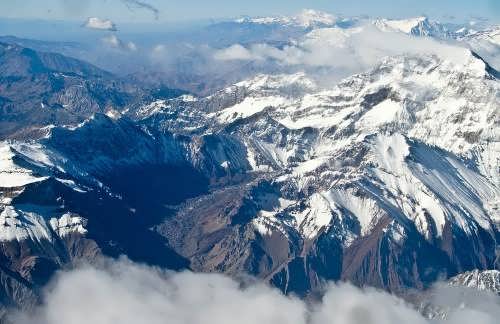 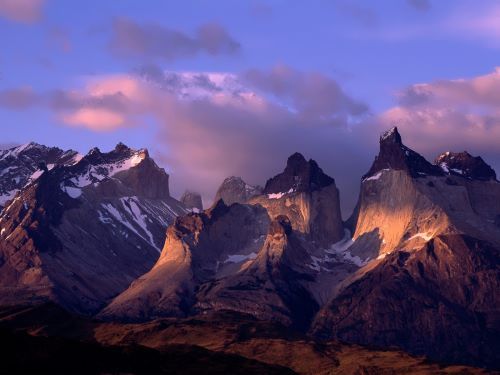 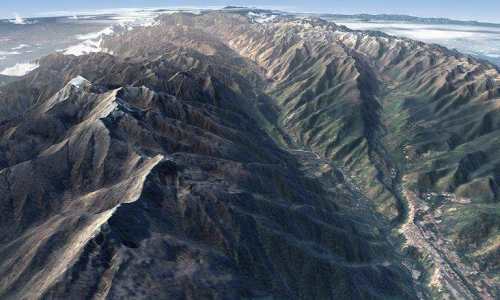 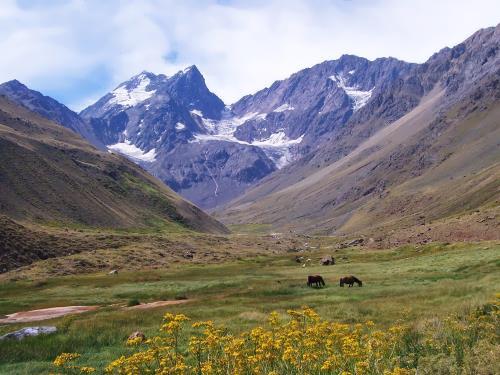 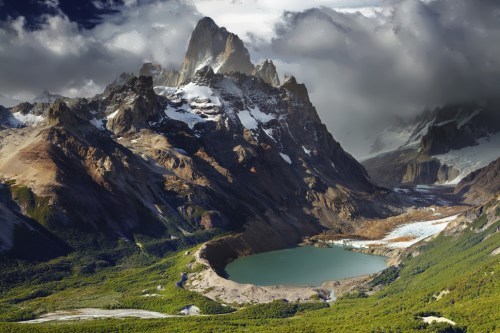 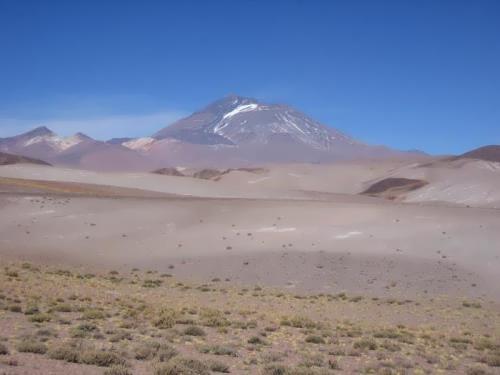 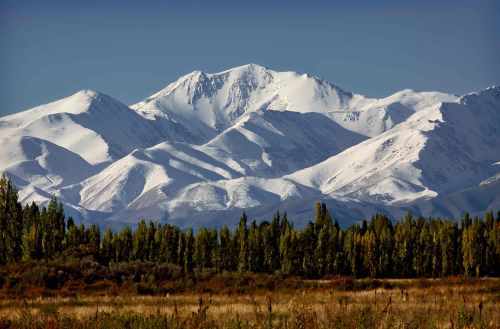 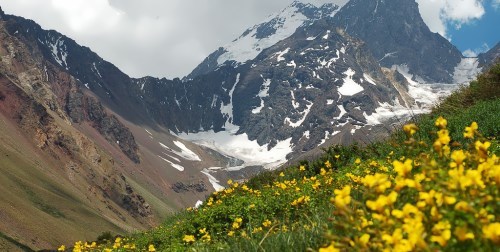 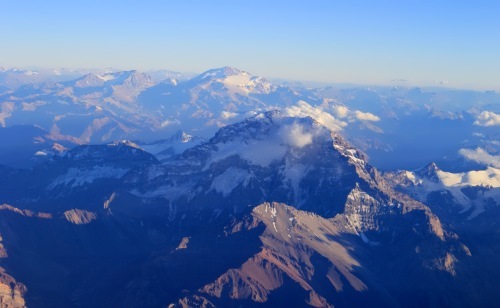 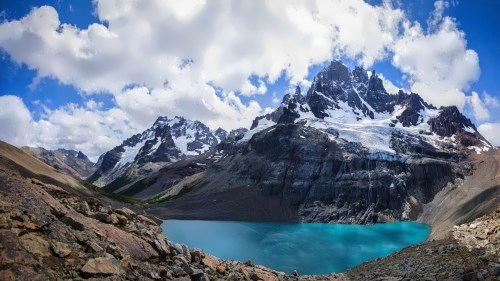 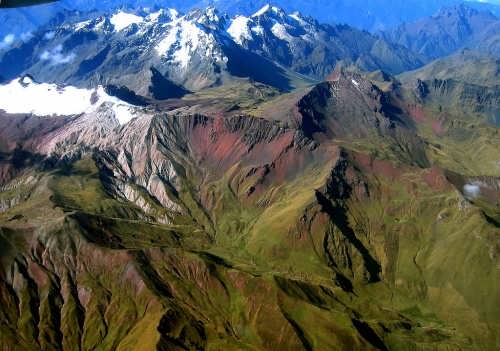 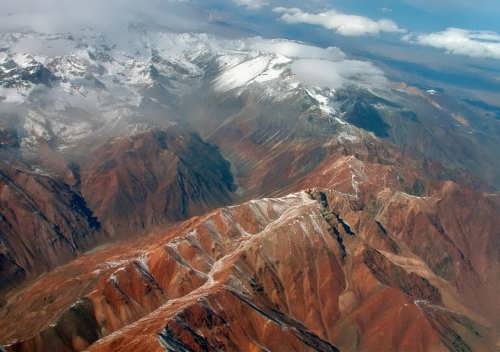 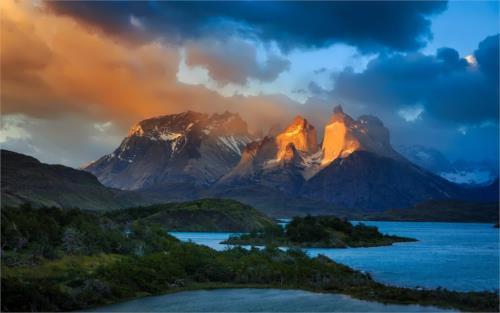 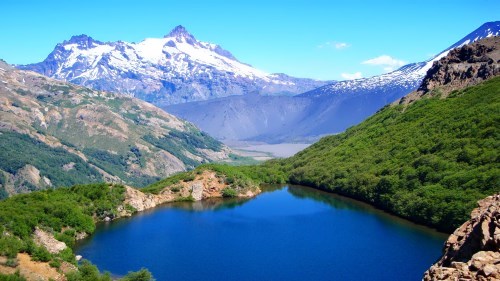 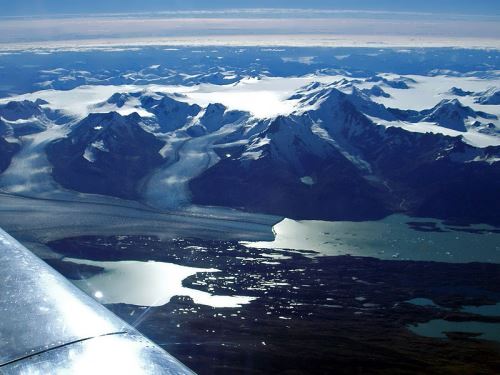 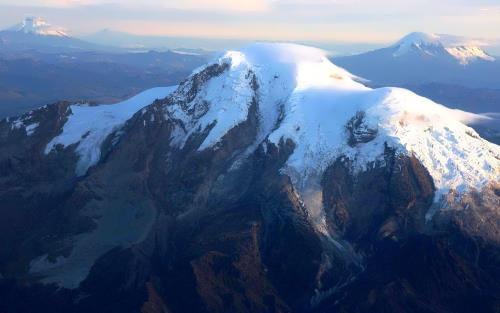