« Do you know what you wash with?
Interesting about clocks and time » 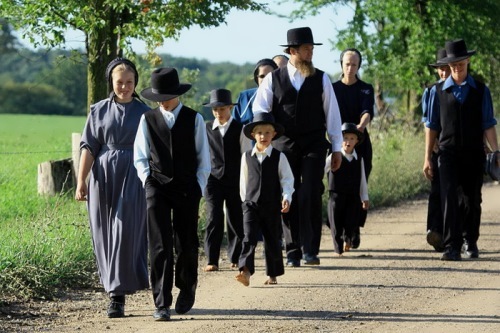 There is the world of the Amish people in America. They live without telephones and television, without cars and electricity. Everyone works on farms and travels by horse or on foot. Amish people are the followers of Jacob Amman. This movement appeared in 1693 in Switzerland, but because of the persecution the Amish had to leave Europe and move to America.
In the eighteenth century the Amish people went to America. Since then their lifestyle has not changed at all. They speak a language called Pennsylvania Dutch, or Amish, which sounds like German. They base their life on the Bible. The Amish is called Protestant Old Believers.

Their life is very strict and very simple. The Amish live in large families and everyone helps with the work. The day starts when the sun rises and it ends when the sun sets. The men and boys work in the fields and the women and girls work in the houses. Nobody works on Sundays, because everyone goes to church.
Amish communities can be found in 22 American states.
Amish women and girls wear plain dresses, aprons and bonnets as a sign of their respect for God. And they never wear jewelry or make-up. Men and boys wear dark-colored suits, plain shirts, suspenders and black or straw broad- brimmed hats. As they get married men grow beards.
Amish children go to public schools where the students are all Amish. They go to school only for eight years. Young Amish are free to choose any lifestyle for themselves. They are allowed to leave the community and learn the modern world: they drive cars, watch TV, and listen to popular music. The young people are expected to return home. Then they are allowed to be baptized, after which they become full members of the Amish community. About 80- 90% of young people choose a lifestyle of their parents. The rest of them go out of the community. 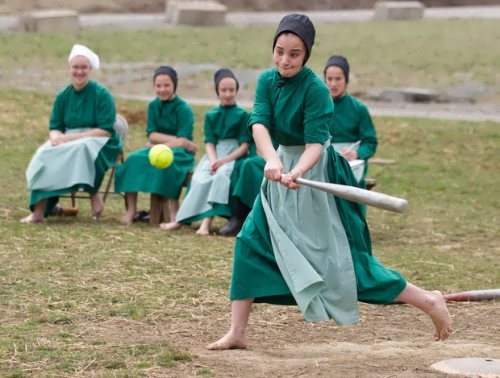 The girls are playing baseball 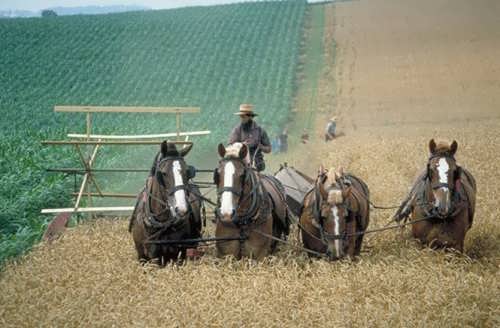 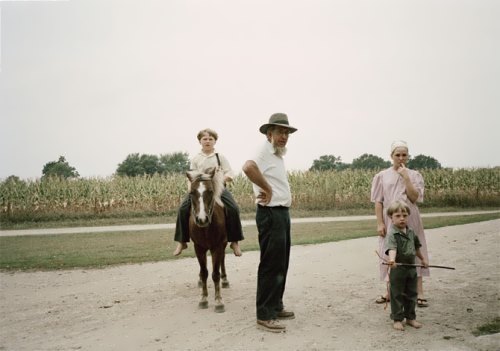 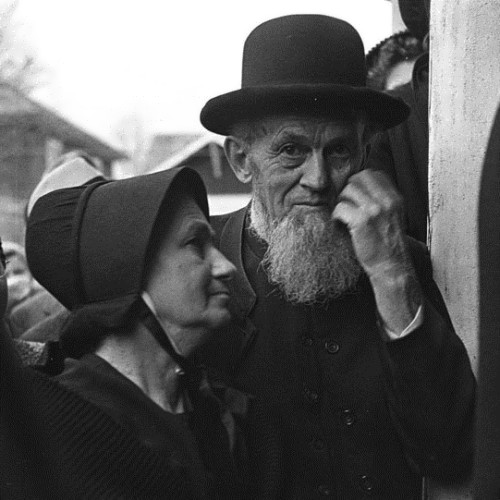 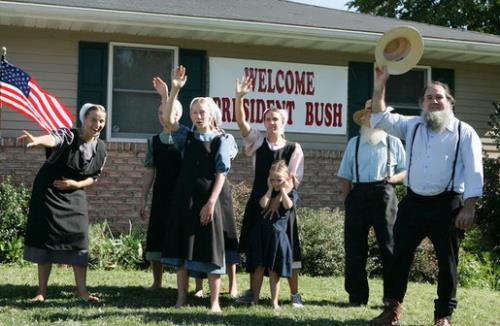 There is no crime and no pollution 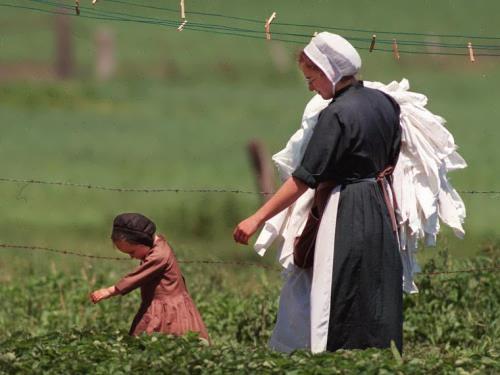 They live like in Europe in the seventeenth century 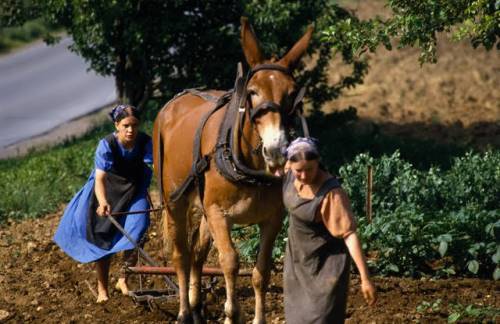 Women also work in the field 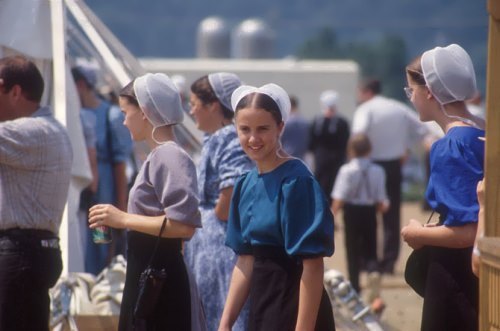 Nobody is poor and nobody is lonely