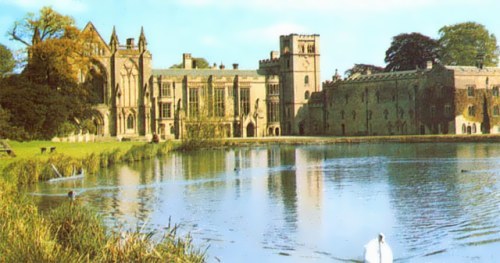 As you know, the most cherished homes are in England. They say – “My home is my fortress.” This is understandable. In Europe for hundreds of centuries winds of wars and revolutions not only killed people but also destroyed their homes. And in England you can see buildings date back to XII century – churches and monasteries, houses and ancestral homes. And one of the most famous houses is Byron family home. Here you can visually track how great the influence of the home on its inhabitants is.
Everybody knows about famous Sherwood Forest, the place where legendary robber Robin Hood “hunted” rich people. But few people know that the ancestral home of the poet Lord Byron is in the same forest. Until 1533 the manor, vast land and forest lake belonged to a rich Newstead Abbey, which peacefully owned them for more than three centuries. However, Catholic monasteries were deprived of their wealth and homes by the decree of Henry VIII. Luxury goods and money, of course, were moved to the treasury, but the building and land were given to king’s favorites. So the Byrons were presented with the former possessions of Newstead Abbey.

They were not just royal favorite, but brave and honest soldiers, who shed their blood for the glory of England. However, the family didn’t recognize the insidious nature of the royal gift at once. The peasants from the surrounding villages honestly tried to tell the new owner Sir John Big Beard that monks, expelled from their homes, imposed a special curse on the monastery.
At night, leaving the walls of the monastery, they threw an old lectern with the image of the silver eagle and Carta, given to the monastery in the XIII century, into the lake. And the abbot said: “As a priest I cannot send misfortunes to the new owners. But I condemn them to the same eternal journey. The new owners won’t have a rest until one of them stand up for freedom and liberty of the persecuted and oppressed!”
And so it happened. Despite the fact that Sir John Big Beard remade Gothic building into a castle suitable for living, gloomy mood of Newstead began to push Byrons to extreme adventures. None of them could sit still. One of the ancestors of the great poet ran around in a drunken stupor and was unable to stop; the other killed his friend; the third became known as the most unfortunate Admiral of the English fleet.
However, the British believe that the curse has lost its power with the birth of the great poet. George Gordon Noel Byron (1788-1824) died in the struggle for freedom of oppressed Greece. So he freed the next generations from the legendary curse. 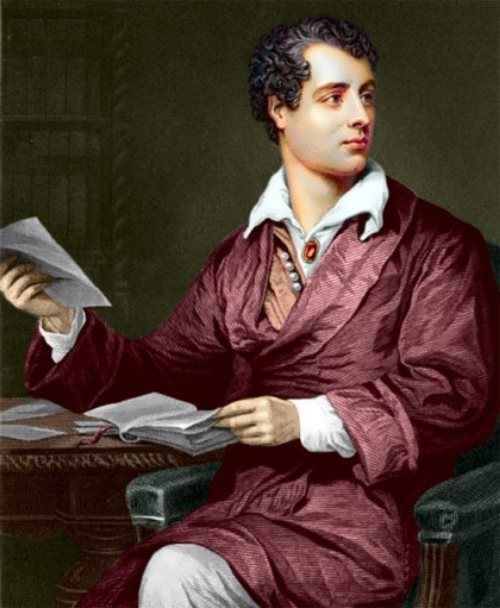